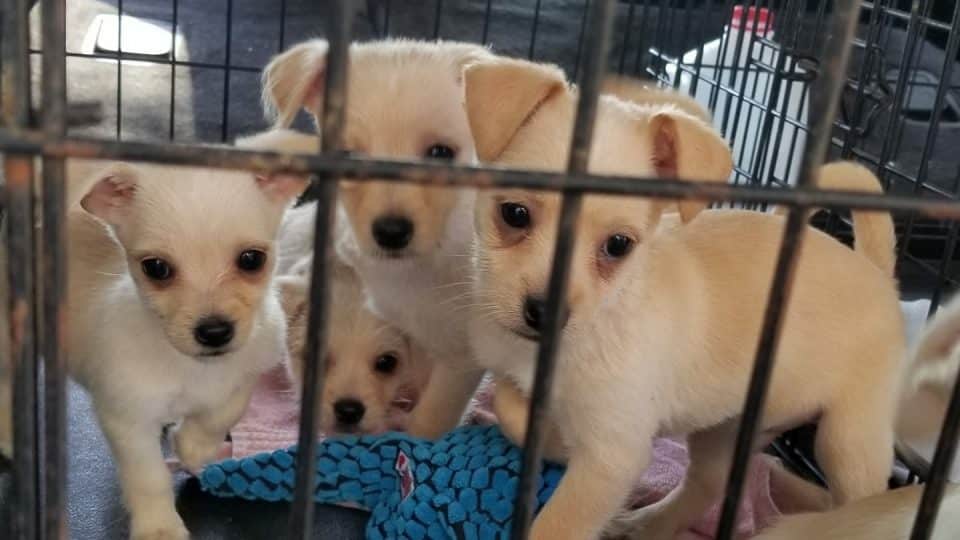 A chance meeting in 2003 with a former co-worker at a dog shelter in New York City opened a new door for Holly DeRito. It happened after she rode her bike from lower Manhattan all the way uptown to Animal Care Centers of NYC on 110th Street to choose a companion dog for her adopted Chihuahua, Taco. 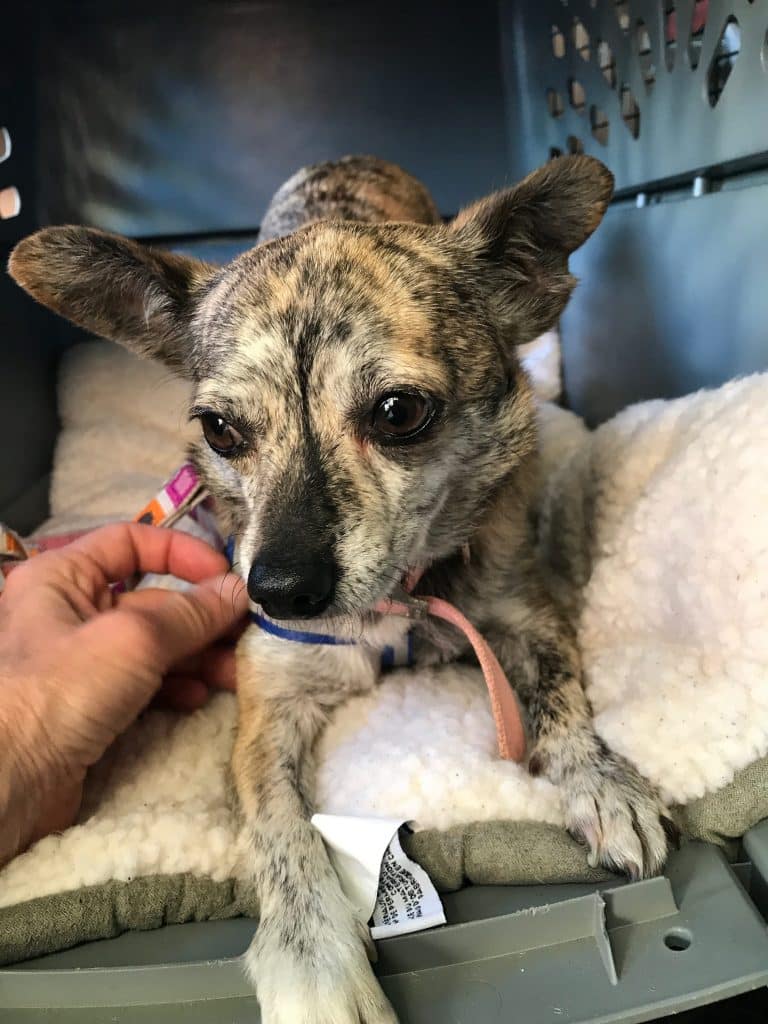 The former coworker worked in pug rescue and was at the shelter pulling dogs who were on death row and only available to rescues. “Come help me get some dogs,” the woman said to DeRito.

“There were cages and cages of dogs on death row,” DeRito said. “I couldn’t leave any. I went for one and came home with seven Chihuahuas.”

Have Dogs but No Space

Being around animals was natural to DeRito, who had volunteered for shelters all her life and grown up next to a wildlife sanctuary in Pennsylvania. Her family fostered baby bunnies and other orphaned animals.

But even so, DeRito lived in an apartment and didn’t know what to do with seven Chihuahuas. She called some neighborhood friends and asked if they would watch the dogs until homes were found. She soon met Jenni Graham, a woman who was “my complete opposite but had an equal love for dogs,” and they joined up. 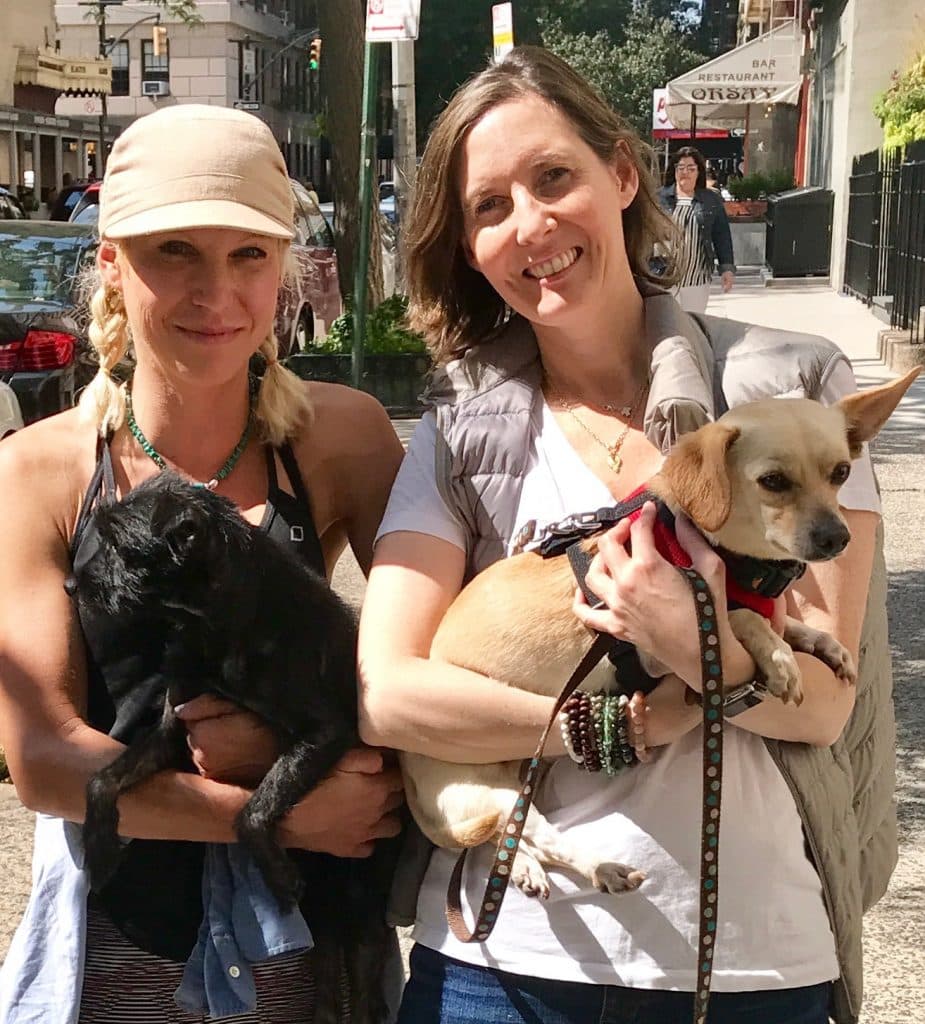 “She built the website and was good with computers while I was riding my bike to the shelter, pulling out dogs, and personally delivering them to foster homes,” DeRito said. “We then decided to go for it and got our 501(c)(3) in 2004.” Waggytail Rescue was born in New York as a foster-based rescue saving small-breed dogs, and also became a member of the Mayor’s Alliance for NYC’s Animals. 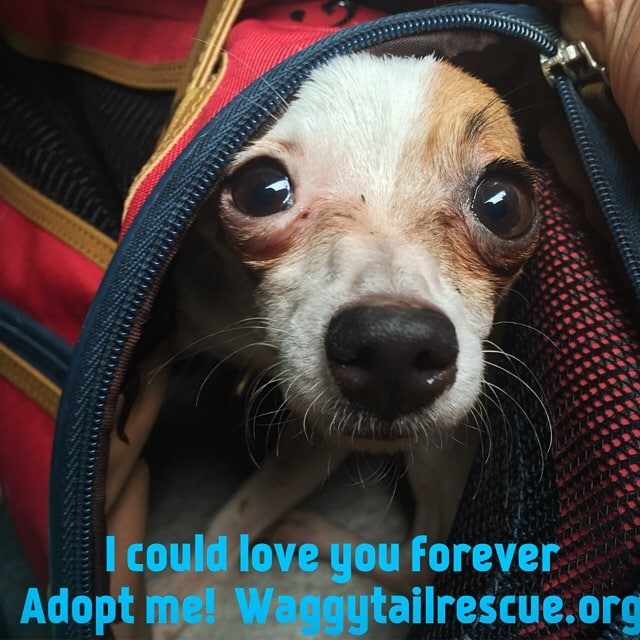 As the founder and president of Waggytail Rescue, DeRito named the organization after Taco. When he wagged his tail, his rear end shook back and forth. “I would say, ‘Do the waggy tail,’ and he would,” DeRito said of the dog who passed away at 12 in 2014.

Honor a Life by Saving Another

Two weeks after Taco died, DeRito fostered Ludwig. “I found a dog who really needed me,” she said. “The best way to honor the loss of a life is to give another life a chance. It doesn’t replace the dog, but every dog brings something different.” 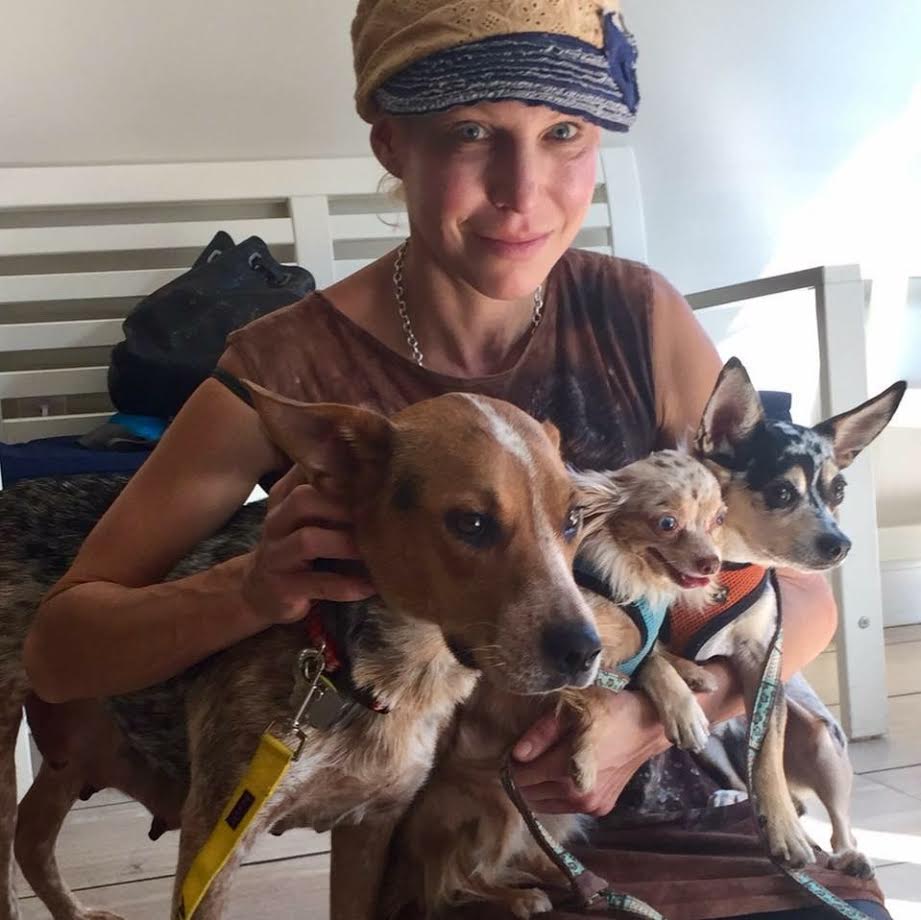 Ludwig, who was from Missouri, was extremely feral and very scared. “Having this new dog who was so terrified and had been abused was what I focused on and helped me function again after losing Taco. It’s what made me realize I could go on and why I continued doing rescue.”

After some of Waggytail’s volunteers moved to Los Angeles, they told DeRito about the overabundance of Chihuahuas there. They thought she could get a lot of them adopted back in New York City where there are fewer Chihuahuas at the shelters. 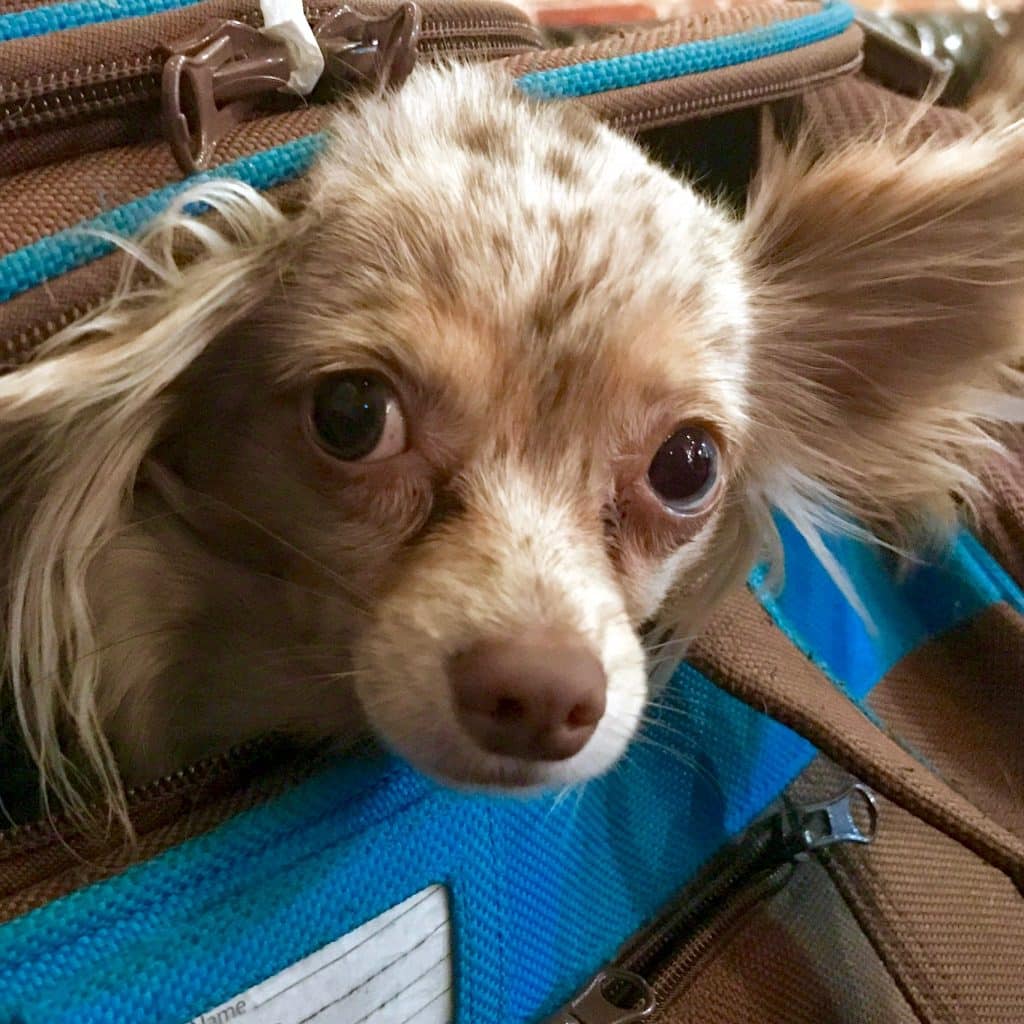 Soon after, DeRito offered to fly to Los Angeles to watch a friend’s two dogs while he was in London. She was able to establish relationships with staff and volunteers at the city and county shelters in Los Angeles and San Bernardino.

“We’re now set up and can pull dogs from those shelters,” DeRito said, adding that they’re partnered with other groups and resources in Los Angeles including vet clinics and fosters.

For its first official transport in 2013, Waggytail flew six Chihuahua puppies from Los Angeles to New York in cargo. The puppies had been abandoned with their mother. Although they made the trip, DeRito was not happy with cargo and decided transports would only take place in the main cabin. 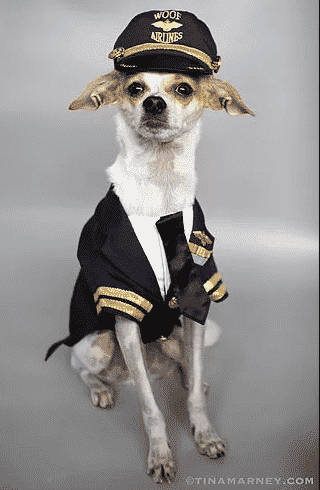 DeRito was at first told that no one would volunteer to transport dogs across the country.  “I posted to social and started getting volunteers,” DeRito said. “It was shocking to see how many people stepped up to fly with the dogs. We have people who have flown seven or eight dogs on trips.”

Waggytail Rescue makes it easy, providing the under-seat airline-approved carrier, harness, collar, and leash. Dogs are pulled from Los Angeles shelters and placed in short-term foster homes for two weeks. Each dog is vaccinated and medically cleared as well as behaviorally evaluated, while a foster home is found in New York.

A volunteer flies the dog to New York who is picked up at the airport and goes directly into a foster home. Waggytail pays for the dog’s flight as well as medical. “As soon as we get another flight, we can take another dog,” DeRito said.

A Companion for Ludwig

About a year and a half after adopting Ludwig, DeRito wanted to adopt another dog. She saw one for sale two hours outside of Los Angeles but she wanted to adopt, not buy. Three months later, DeRito was in Los Angeles and found that the dog, who she would later name Angelina, was still for sale at a reduced price. She talked to the sellers, explaining she ran a rescue and wanted to find her dogs homes. Coincidentally, the seller had just had a baby and didn’t want any of the dogs, so DeRito took five. 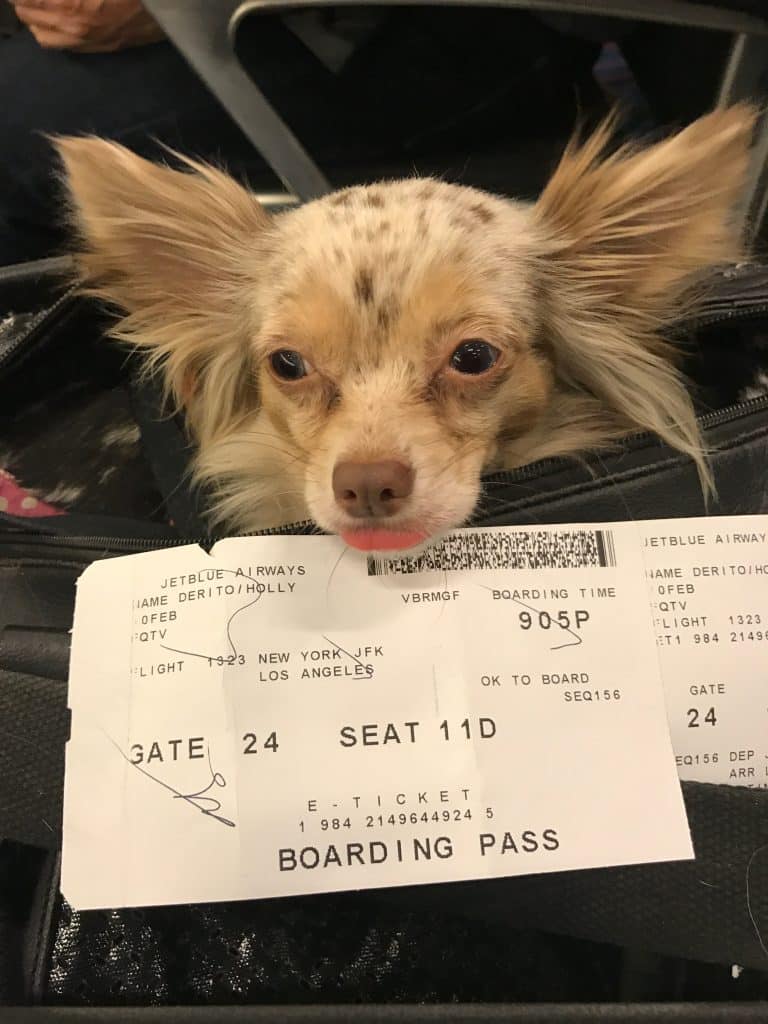 She paid a friend to drive her two hours into the desert to a shack-like home without a street address. The dogs were brought out to her in dirty crates. It’s when she first met Angelina. “She’s happy all the time and she makes the world smile,” DeRito said of the dog who today is like a therapy dog for Ludwig. “They are inseparable.” 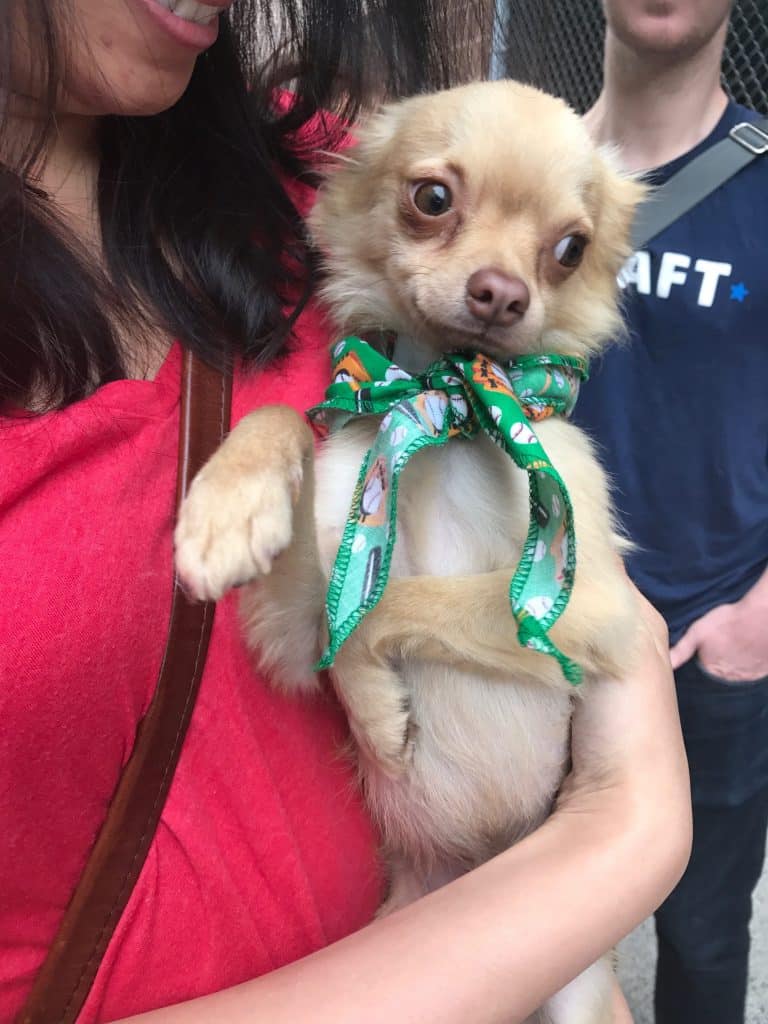 Even comedian David Cross got in on the act, transporting Angelina’s father Diesel to New York. “We met him at a comedy show,” DeRito said. “He spoke about dogs and airplanes in his set, and we went up to him after the show, told him about our program and asked if he would fly a dog.”

To date Waggytail has saved more than 6,000 dogs (and even some cats and kittens). Its Waggy West service, called One by One, has transported roughly 600 dogs from Los Angeles as well as Dallas, Texas, to New York. There are even some flight attendants who help.

After a dog escaped from his carrier on a flight, there was a cute write-up in a Yahoo travel guide. “The dog chewed his way out of the carrier and ran down the aisle of the cabin,” DeRito said. 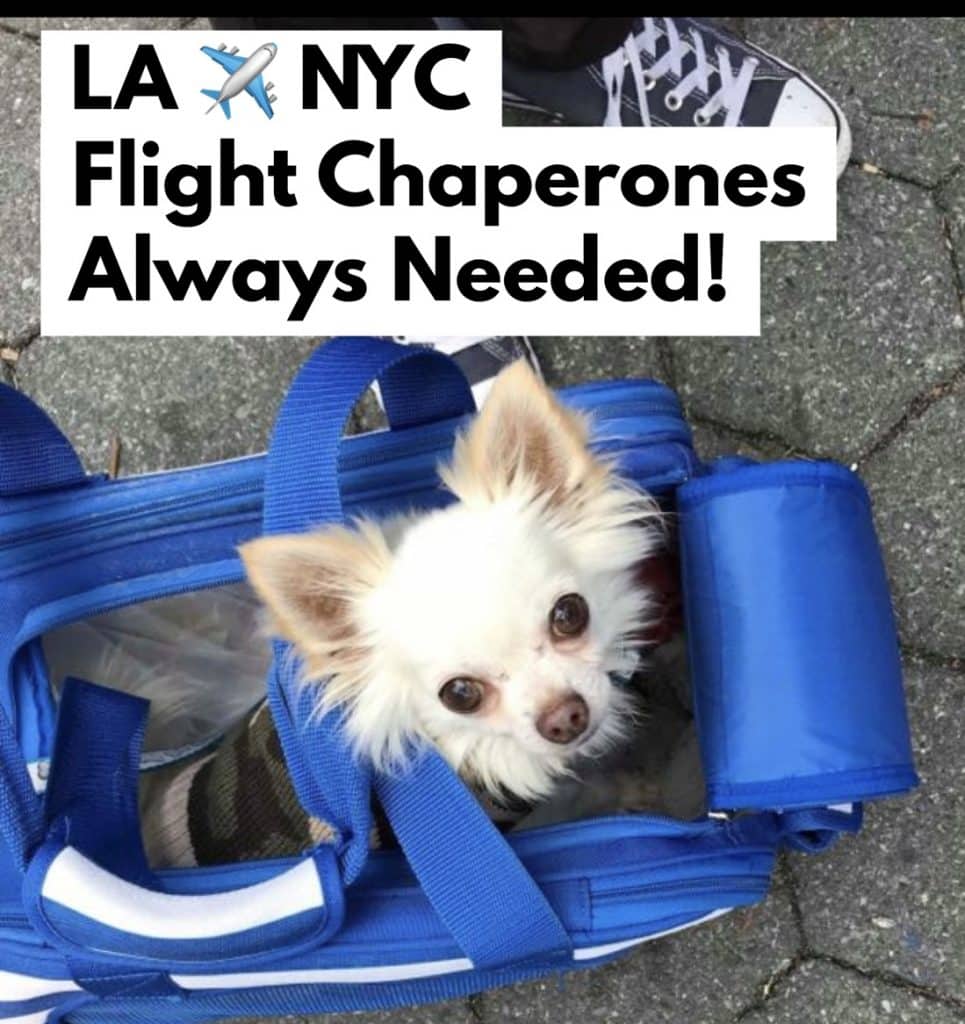 Waggytail does not do pre-adoptions. There are people who foster dogs with the potential to adopt them. “We want to make sure if there’s something new about the dog that we can evaluate and make sure the dog is a good match with the adopter,” DeRito said. “We don’t want to rush adoptions; we want to get good fits.” 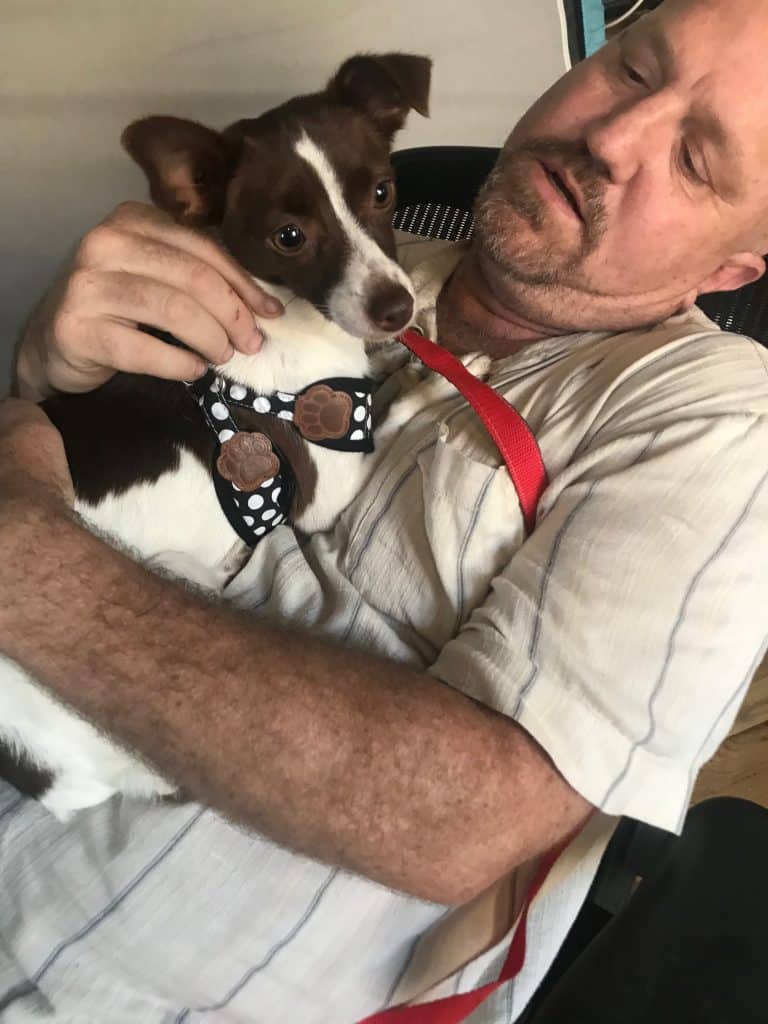 The organization pays for dentals for senior dogs as well. “One of the reasons people don’t adopt older dogs is because of health issues so we take care of the extensive dentals before adoptions so people don’t have to worry,” DeRito said.

With many dogs displaced because of the recent California wildfires, the shelters there have to be cleared to make room for the displaced pets. “We are taking dogs from there and from San Francisco,” DeRito said, adding that her close friend is a volunteer at a San Francisco shelter. DeRito also started a program with San Diego where many dogs come in from Mexico. 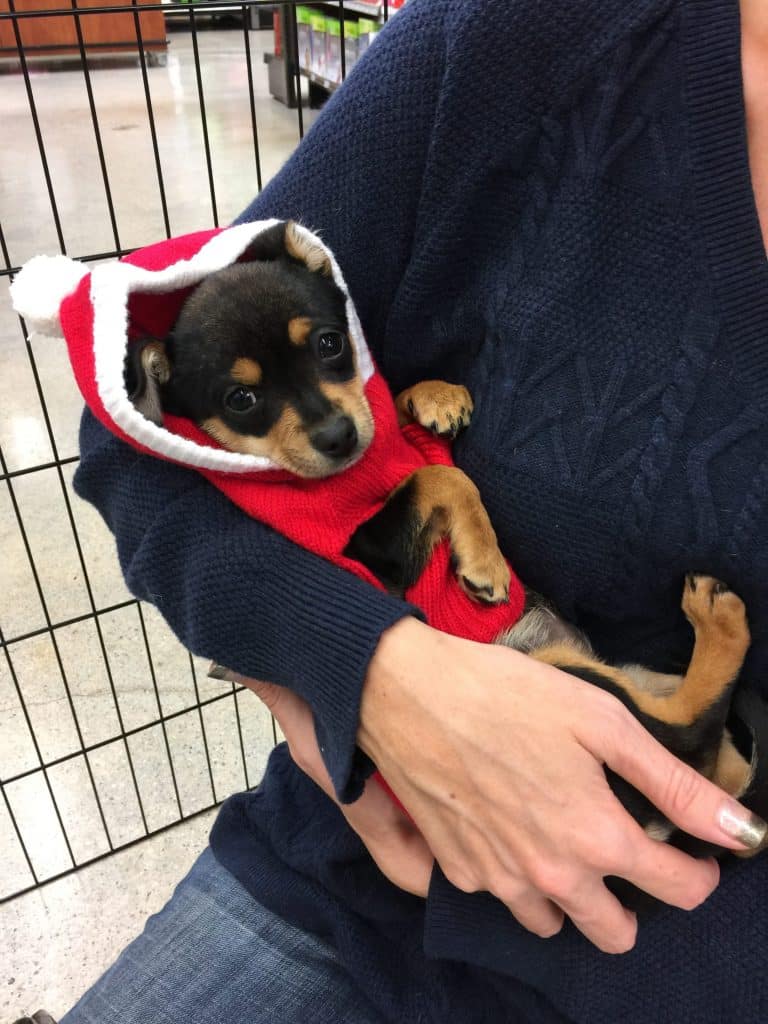 Waggytail is an all-volunteer organization that runs on donations. The rescue is always in need of transporters. “There’s such an endless supply of dogs on death row and we always need flight people,” DeRito said. There is also a need for fosters in Los Angeles, Dallas, and New York as well as a need for spare airline-approved dog carriers and leashes. 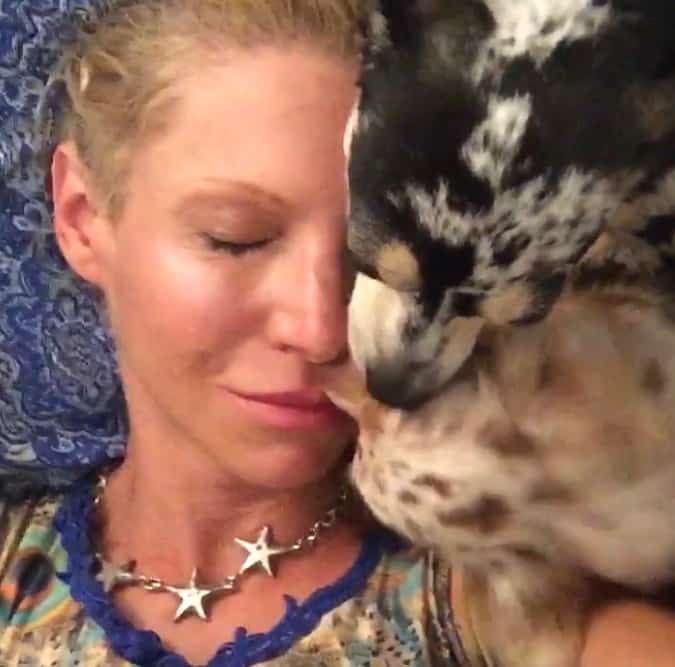 And you can’t beat friends who come together to get dogs into forever homes.