Did you know that 66% of dog owners watched the big game with their pups last year*? And as it turns out, some of those furry fans are named after top teams and well-known players, too!

Rover.com—the world’s largest network of pet care providers, and a leading dog name expert—dug into the data on dogs to see how many have football names like “touchdown” or “fumble,” as well as how many were inspired by game day foods, drinks, and this year’s halftime performers. Read below to find out which names are winning big with dog lovers.

Though there will be a definitive winner of the big game, fans of either the 49ers or the Chiefs could find a way to spin these football dog name numbers in their favor. 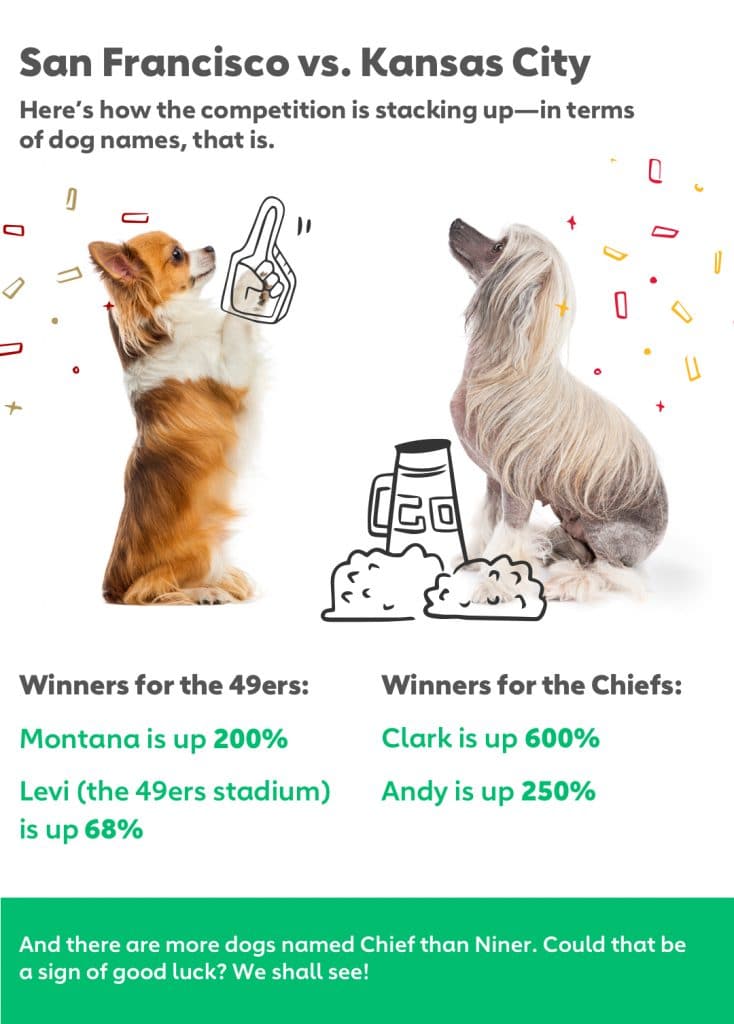 The score on football dog names

Dog owners kept it authentic with these names inspired by their favorite sport. 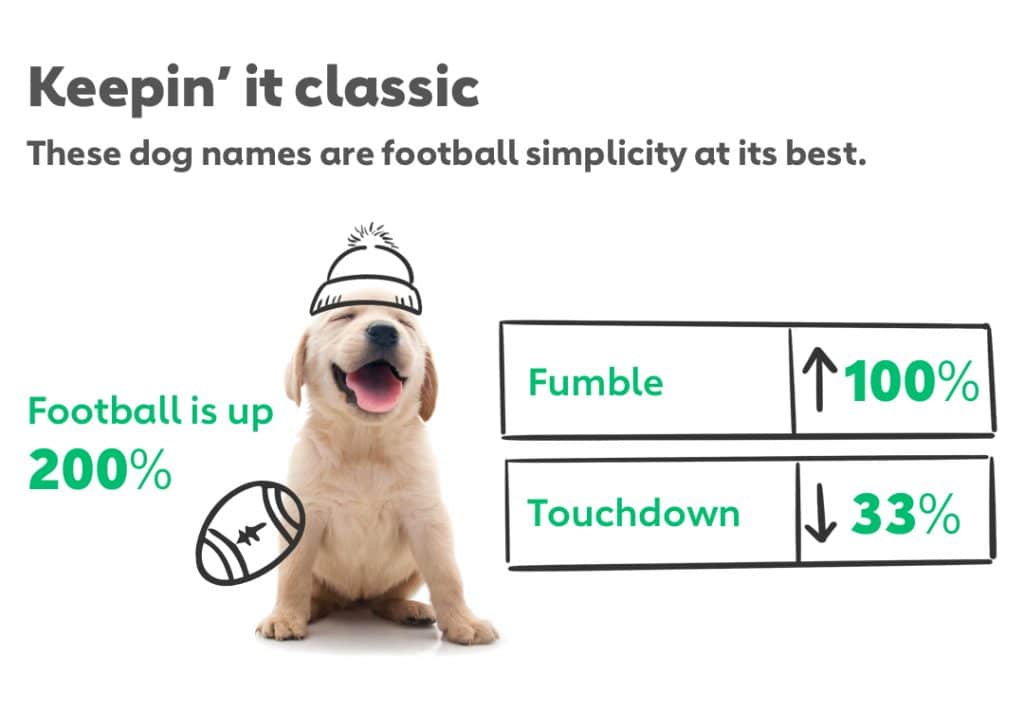 Whether or not these dog owners like football, something tells us they may tune in about mid-way through the broadcast. 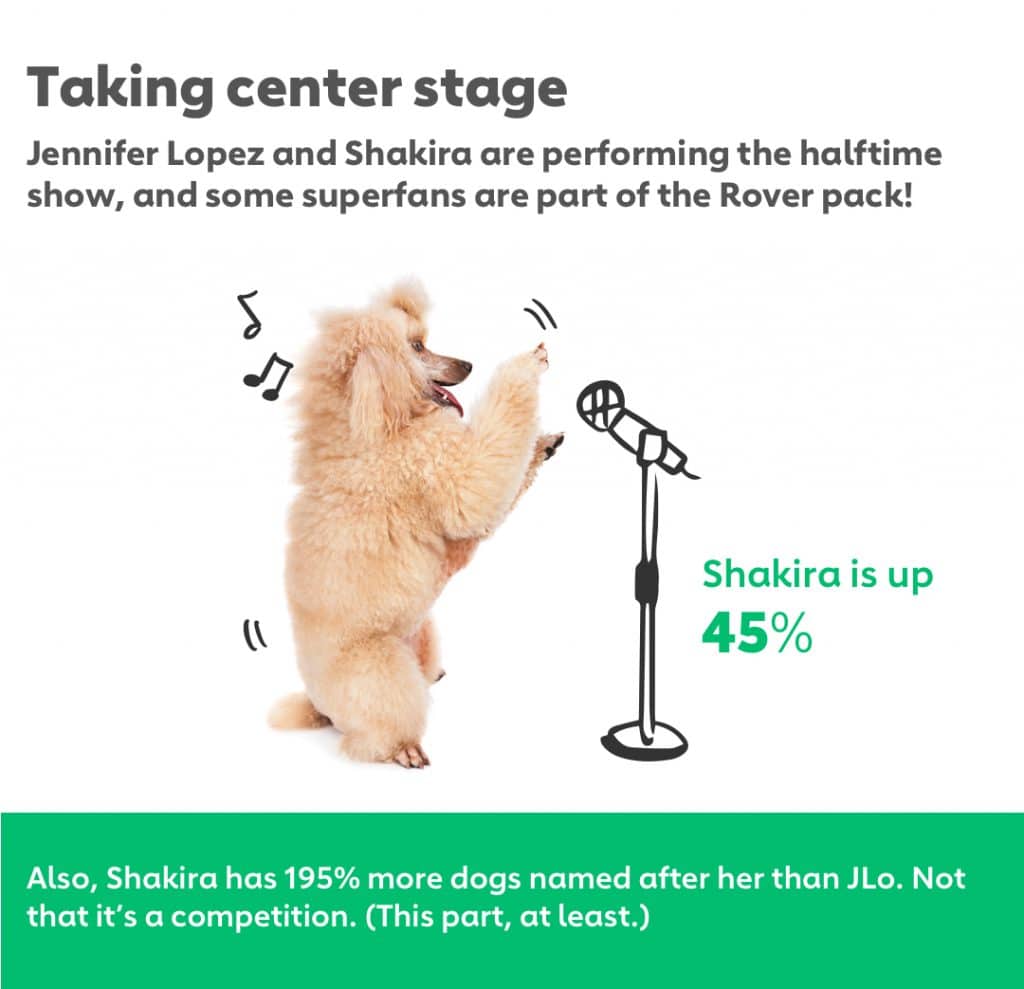 Every dog owner feels like their pup is so adorable, they could just gobble them up (figuratively speaking, of course). These names take that feeling to a new level. Also, Pepperoni and Cheese are both up by 103% and 67%, respectively. (Is anyone craving pizza yet?)

Cheers to these alcohol dog names

See which dog name inspired by an adult beverage is up by 1000% this year. 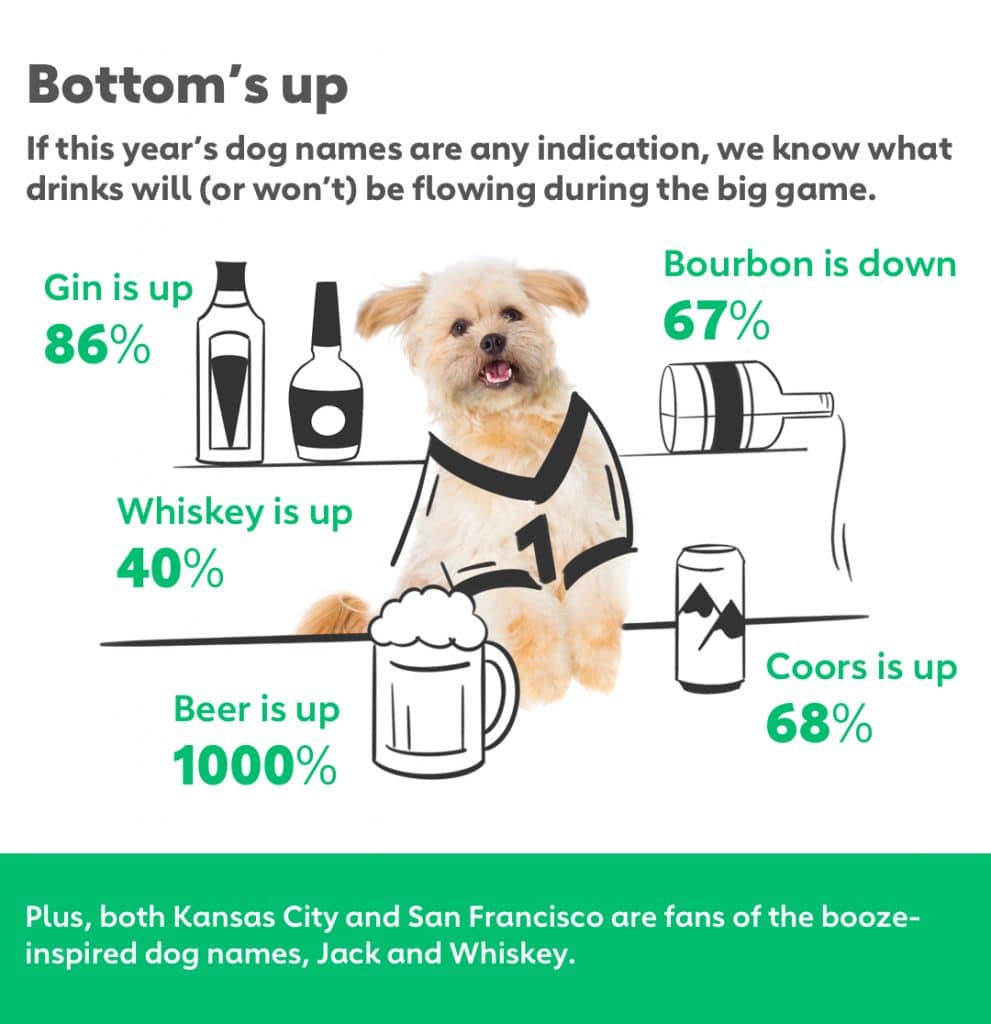 Quick, before you look below—can you guess which legendary football player has the most dogs named after him? 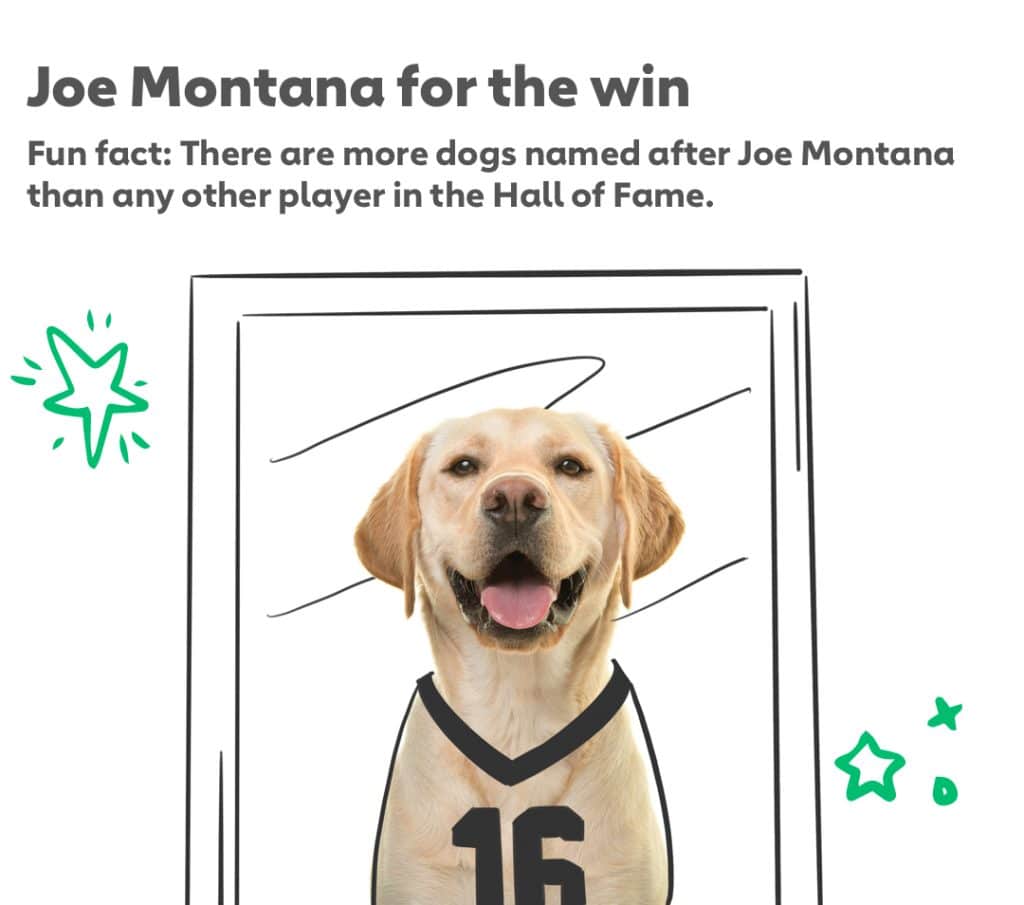 *A study conducted in January 2020 by CivicScience of 1,896 U.S. adult dog owners who watched the championship game in 2020.

Top Football Dog Names was developed by Rover in January 2020. Results are based on analysis of millions of US-based user-submitted pet names provided by owners on Rover.com.