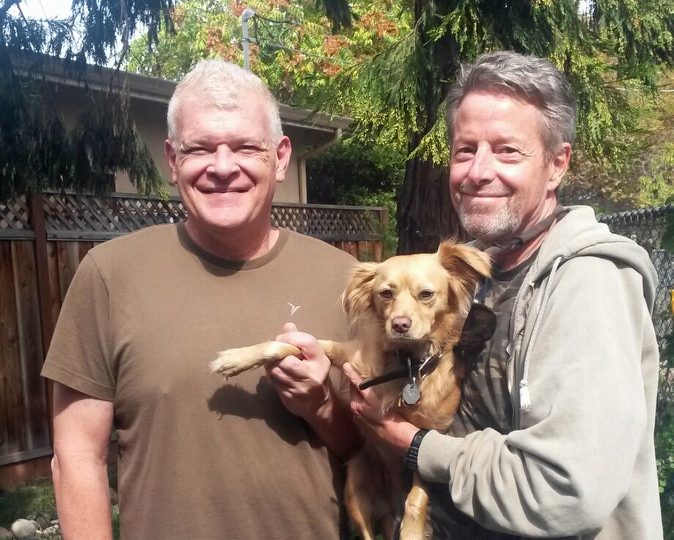 Craig and Trace paid for a one-week Caribbean cruise—all with their earnings from dog sitting on Rover.com. Trace said, “We got a balcony suite with an ocean view. It was not a cheapo vacation.”

It took them nine months to save for the cruise, which was also a family reunion. They were also able to pay for their plane tickets, stay at the Hilton, and all their meals with their Rover earnings. And the best part? They were able to save for their vacation doing something they love—taking care of dogs.

How They Did It 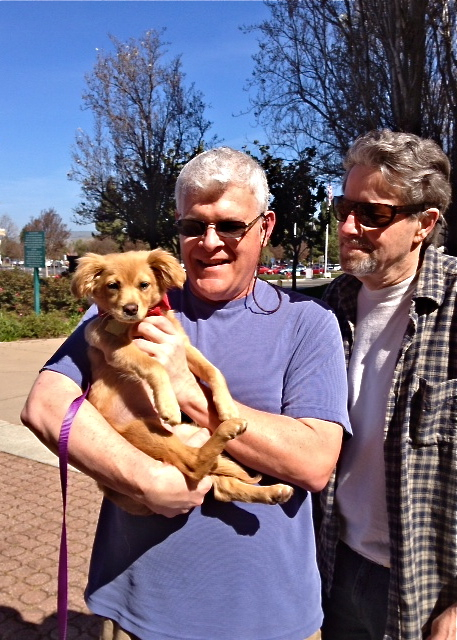 Craig and Trace live in the heart of Silicon Valley with their lab mix Rosey. They’re both lifetime dog lovers and live on a fixed income. They first heard about Rover, which connects pet parents with a nationwide network of loving pet sitters and dog walkers, when they traveled up to Seattle for a wedding and needed to find a sitter for Rosey. They had recently adopted Rosey and were worried about leaving their new family member with a near-stranger.

“Our puppy is gone. Quick, get their license number!”

As soon as their sitter came to pick up Rosey, Craig turned to Trace and said, “Our puppy is gone. Quick, get their license number!” But when they picked up Rosey the next day and started the long drive back to California, they said, “We should try this.”

They became sitters on Rover in January of 2014. Trace and Craig had cared for dogs all their lives, but they hadn’t thought about turning it into a side income until Rover. Now, Craig said, they get enough requests from dog owners to take care of “10 dogs a day, every day.” Of course, they don’t take on that many dogs at a time, but they’re continually amazed at how much demand there is for dog sitters—and how much they (and Rosey) love doing it.

“I hate the expression ‘I’d do this for free,’ but we would dog sit for free if we could afford it. It really is that much fun. We get out of it much more than the dogs do.”

Craig and Trace started out charging $25 a night. Over time, as they gained more Rover experience, they were able to raise their nightly rate to $45. No matter their rate, the requests kept pouring in. “People want their dogs in a family setting, in a home setting that’s safe and secure,” Craig said. “I hate the expression ‘I’d do this for free,’ but we would do this for free if we could afford it. it really is that much fun. We get out of it much more than the dogs do.”

What’s Next for Craig and Trace

A couple of weeks ago, Craig and Trace took Craig’s 85- and 87-year-old aunt and uncle to Disneyland—also paid for with their Rover earnings. “Becoming dog sitters did change our lifestyle,” Craig said.  “I can think about buying this or going on a vacation rather than thinking, ‘Okay, I’m going to have to go into my savings.’ It frees up avenues of opportunity we would not have even thought of.”

Currently, Trace and Craig are saving up for their second cruise.

Interested in learning more about becoming a sitter or dog walker on Rover? Get started now.