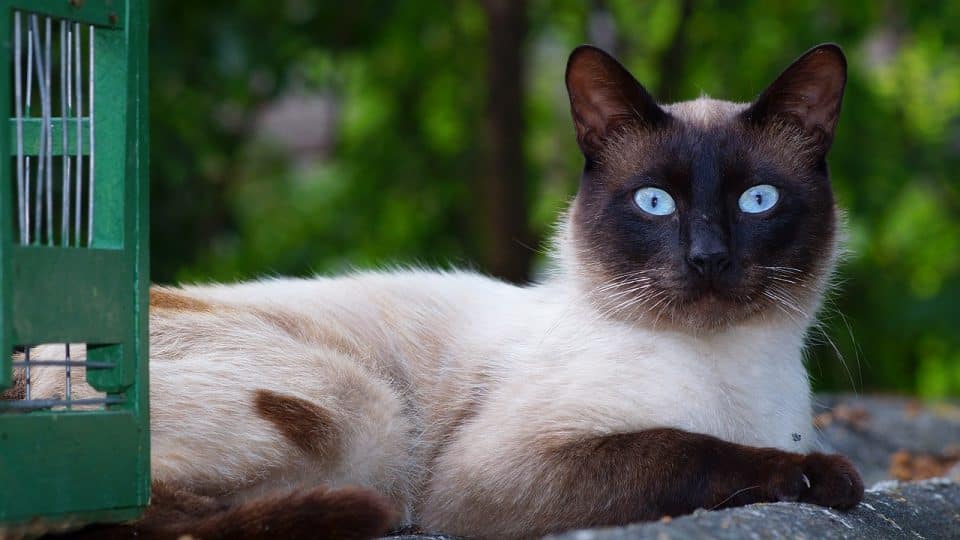 Instantly recognizable, the Siamese cat is a beloved breed in North America, and for good reason—they’re affectionate, intelligent, and strikingly beautiful creatures.

And while we can easily recall Disney’s mischievous felines crooning the tune “We are Siamese if you please,” real life Siamese cats are much more pleasant than these iconic rascals.

Let’s get to know this sophisticated-looking breed.

1. Siamese cats have a rich history.

Siamese cats are one of the oldest domesticated cats in the world!

The breed originated in Thailand (formerly known as Siam) in the 14th century, but it didn’t make its debut in the states until the 19th century.

Revered by royalty in Asia, Siamese cats continued their proud status by taking up residence in the White House in the 1800s. The first Siamese cat to arrive in America was allegedly given to First Lady Lucy Hayes (wife of Rutherford B. Hayes) in 1879. 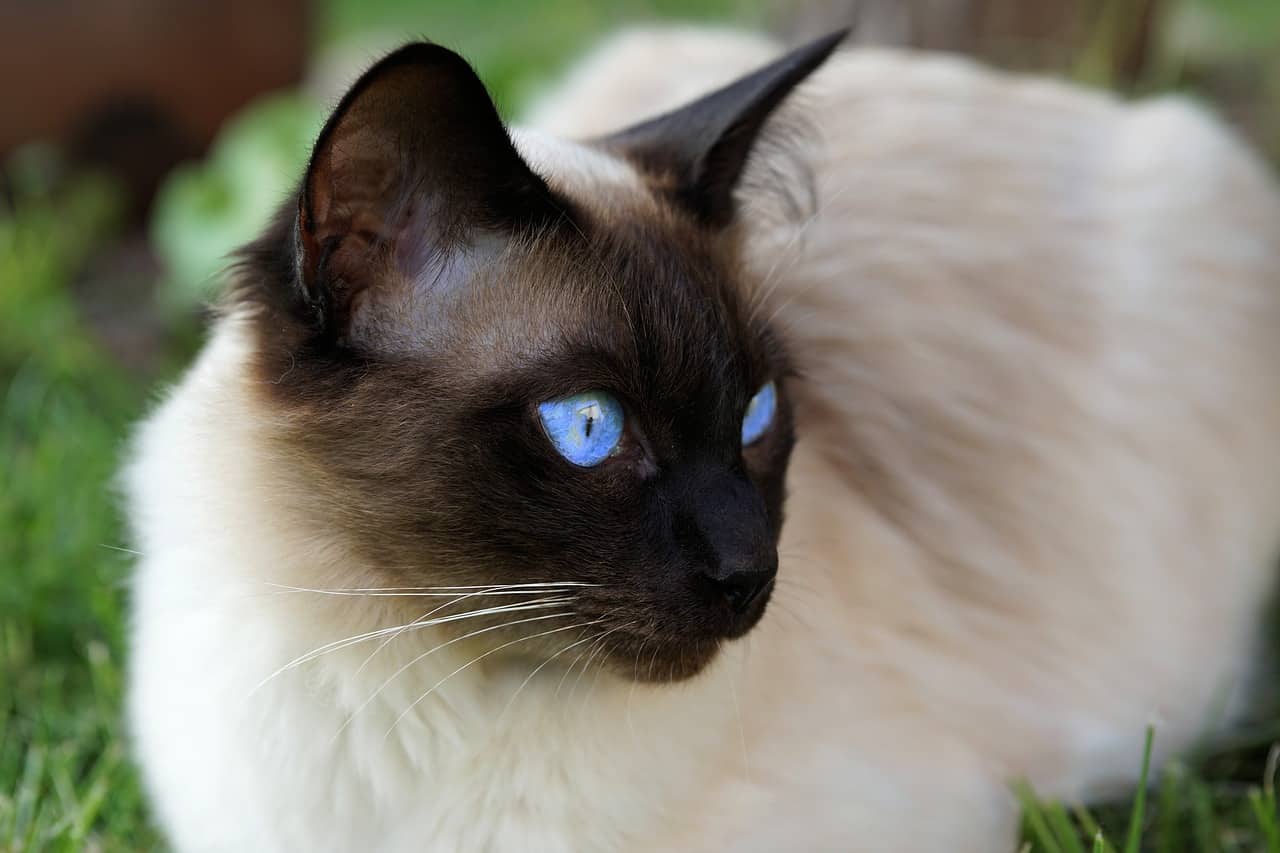 Famous for their ballerina-esque bodies, Siamese cats are sleek and lithe. They have piercing baby blue eyes, large ears, and a coat that comes in four different shades—seal, chocolate, blue, and lilac.

The majority of their fur is a lighter shade with darker markings around the face, ears, feet, and tail. 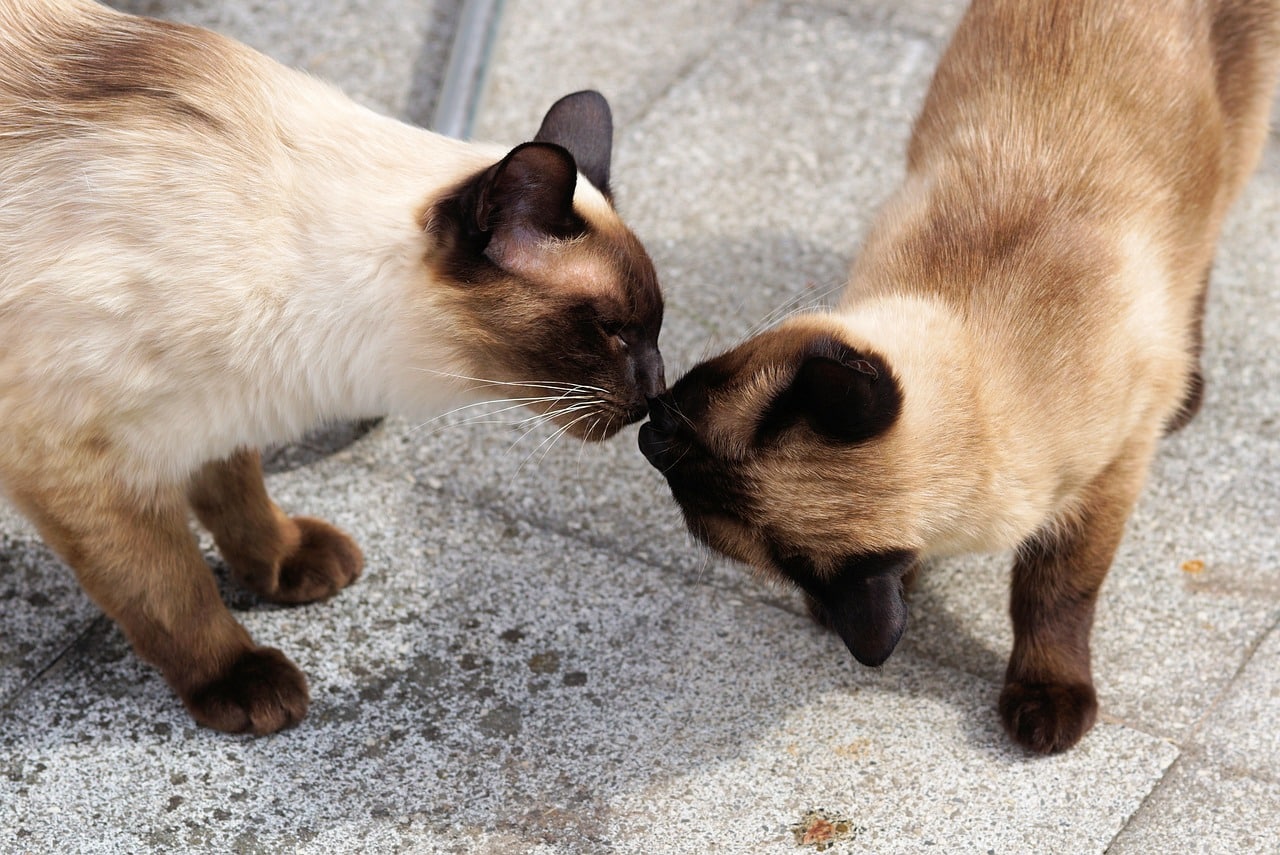 Looking for a snuggle buddy? These cats won’t disappoint. Siamese cats are a people-loving breed who bond very closely to their humans. It’s characteristic of this breed to follow their owners around the house, and they’ll take interest in whatever their owner is doing.

Siamese cats also enjoy the company of other cats, children, and even strangers. Their incredibly affectionate disposition makes them prone to depression if left alone too long. These cats have a strong desire to interact with someone, which is why you’ll frequently see them adopted in pairs.

Highly inquisitive and intelligent, Siamese cats are trainable. They can be taught to play fetch, give high fives, and even walk on a leash.

They’ll also provide their own entertainment by getting into things around the house, exploring cabinets, and turning on faucets. They’re certainly not a dull breed! 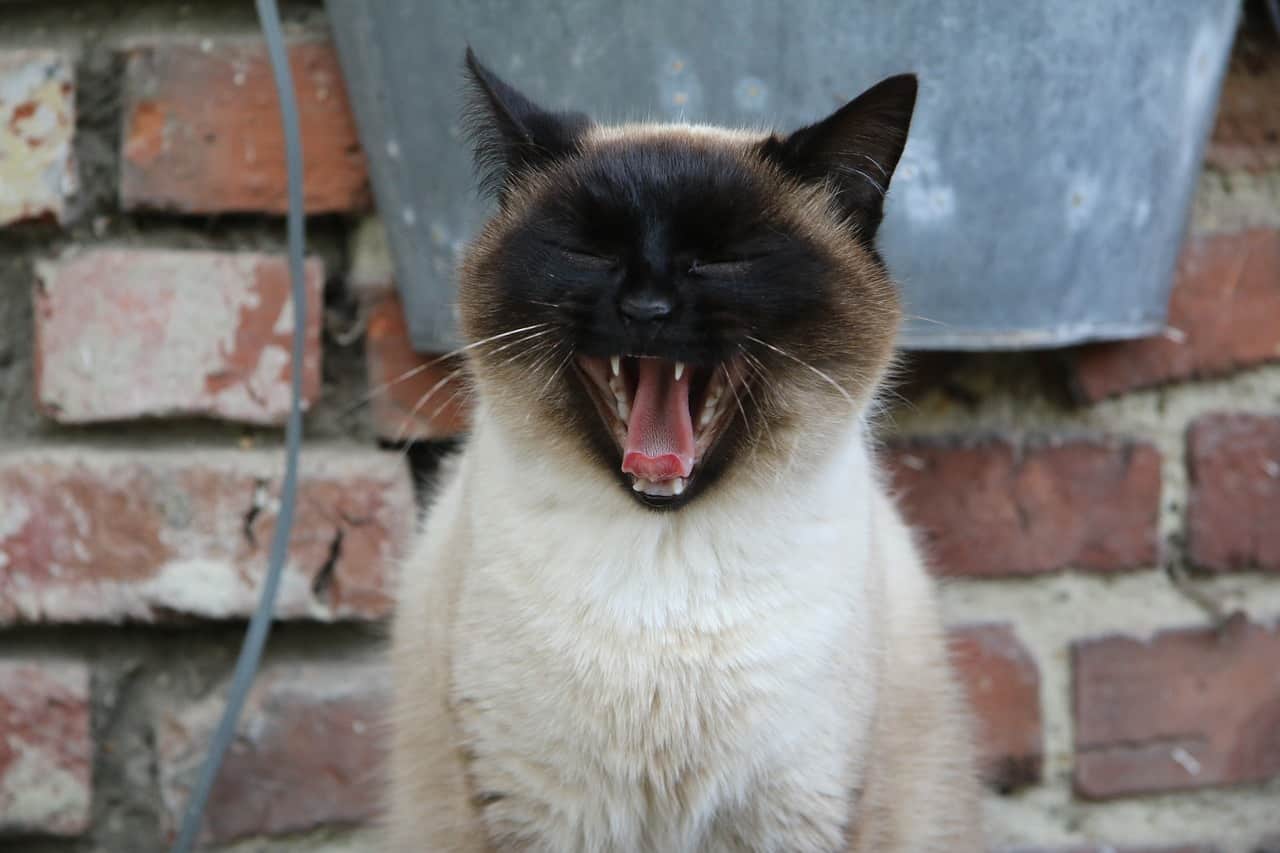 If a Siamese cat wants something, he won’t be shy about letting you know. This breed is extremely vocal and will voice its needs boldly with a loud, low-pitched cry known as a “Meezer.”

6. Their coat is affected by the temperature. 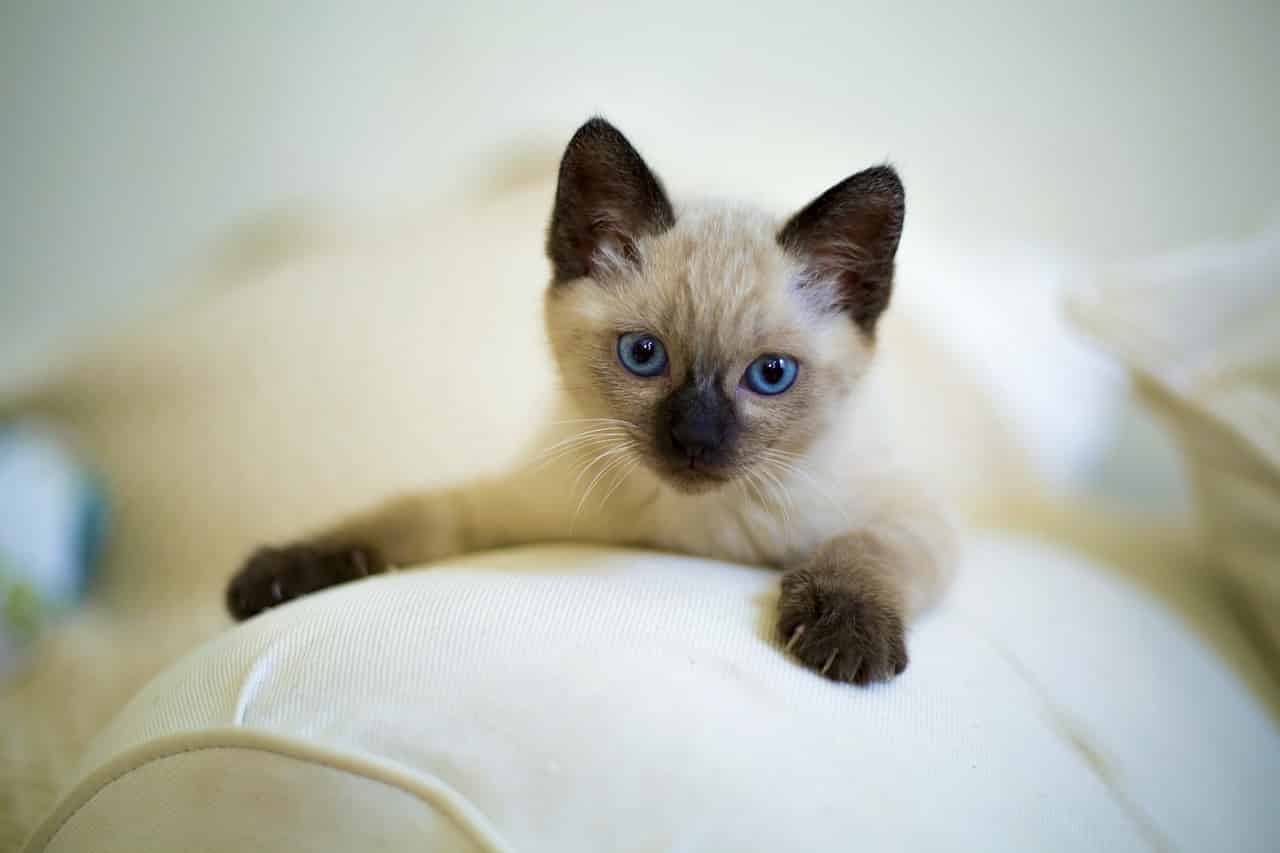 Yes, you read that right. A Siamese’s distinct markings are determined not only by inherited genes but also by the temperature.

Born entirely white, Siamese kittens don’t develop their signature markings until about four weeks of age. Temperature-based pigments dictate their patterns—their torsos are usually lighter (because of their higher temperature), whereas their colder extremities take on a darker shade.

7. Crossed eyes and hooked tails used to be a common trait.

Although these genetic defects have been mostly eliminated by breeders, it was once common for Siamese cats to have crossed eyes and hooked tails.

We know, of course, that these traits were the result of a genetic mutation. But they also come with a more colorful explanation: legend holds that a Siamese cat was charged with the task of guarding a valuable vase. Dedicated to his job, the cat wrapped his tail around the vase and stared intently at it for hours—leaving him with a permanently hooked tail and crossed eyes.

8. They have difficulty seeing in the dark.

Unlike the majority of their feline relatives, Siamese cats have difficulty distinguishing details in the dark. The pigment that results in their striking blue eye color is also the culprit behind their weaker eyesight.

The breed also lacks a layer of tissue in the eye that reflects light through the retina called tapetum lucidum.

When a member of the royal family in Siam died, it was believed that a Siamese cat would receive their soul. The cat would then spend the rest of its days luxuriating in a temple with doting monks. Not a bad way to spend your life.

The Siamese cat was not well received at the first modern-style cat show, held in London in 1871. One journalist went so far as to describe the breed as “an unnatural, nightmare kind of cat.” A description that is now swiftly dismissed by champions of the breed. 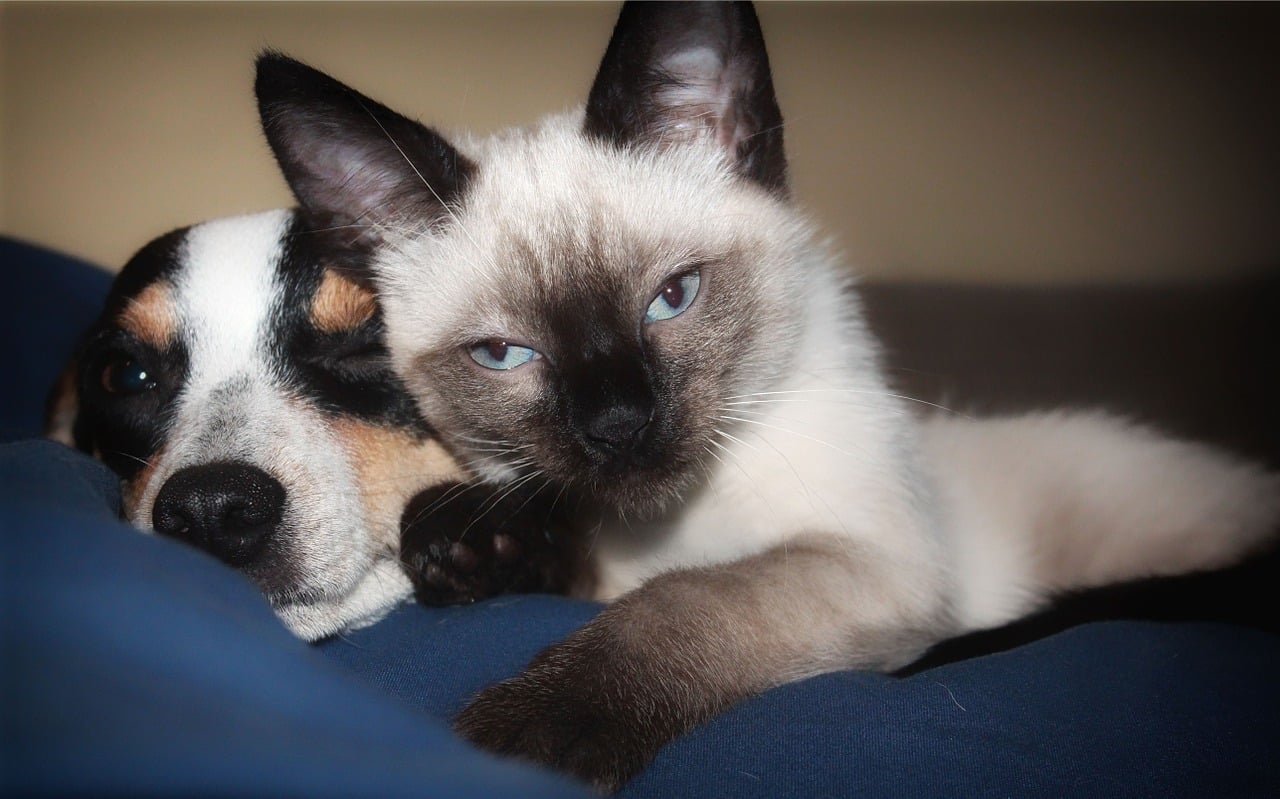 While known for their elegant looks, there’s more to these cats than meets the eye. Siamese cats make a dynamic pet—one that’s well-suited for a loving and attentive owner. If that sounds like you, you could be in for one of the most loyal and playful companions around.