We have exciting news to report to all our Rover.com sitters and dog owners! Rover.com was named the winner of the GeekWire.com Startup of the Year Award on Thursday, May 8 at a gala held at Seattle‘s Experience Music Project.

GeekWire is a technology news website based in Seattle that covers the region’s vibrant entrepreneurial and technology community; the awards were determined by online voting. Rover was up against some mighty competition, including HaikuDeck, Context Relevant, Porch, and Remitly. 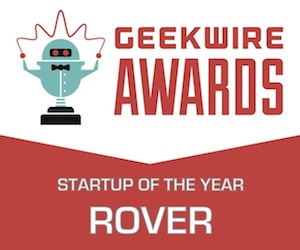 As GeekWire reported, Rover.com CEO Aaron Easterly had this to say when Rover was announced as the winner:

“When people ask me why I’m in this business, I tell them to name one development in the history of humankind that has increased happiness on a sustained basis more than the domestication of dogs.” 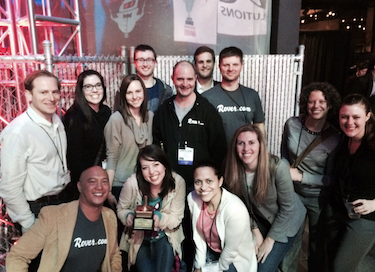 You can read the full GeekWire.com report on the GeekWire gala and awards.

Last year’s winner of startup of the year was Simply Measured.

Congrats to the entire Rover.com team on this award! 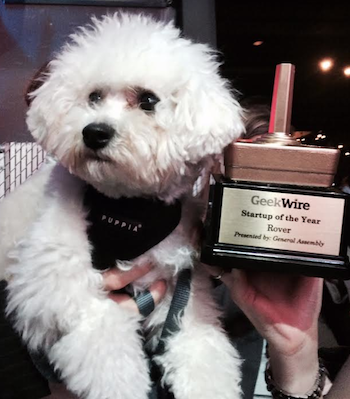