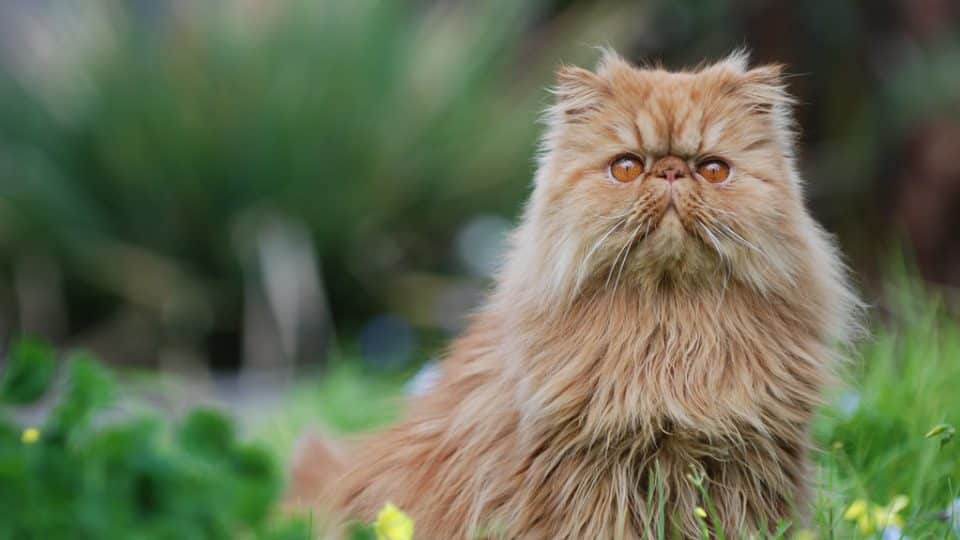 Picture this cat: Long hair. Smushed face. The kind of stare that is equal parts cute and disdainful. Are you thinking of the Persian? ‘Cause we certainly are.

The cat we know as the Persian has been around for many centuries. Historians can trace a cat resembling the Persian back to hieroglyphs that depict a long-haired cat, though we can’t say for sure it was exactly the same breed.

Nobody knows when the Persian first came to be. Documentation suggests they go as far back as the 17th century when they were smuggled from Persia to Europe. Genetic research indicates that the modern day Persian is mainly related to Western European cats and not cats from the Middle East.

Here are a few things that might surprise you about the popular Persian cat. 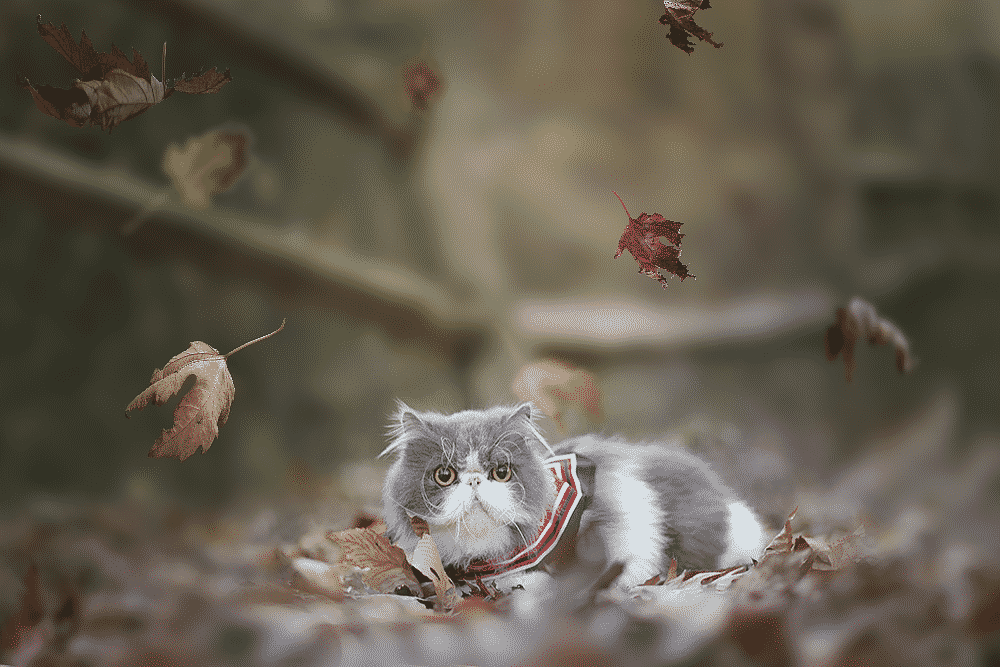 1. Historical figures have loved the breed

According to Mental Floss, Florence Nightingale, Marilyn Monroe, and Raymond Chandler all owned Persian cats at one point or another in their lives and were absolutely devoted to them.

Which is maybe why they’re also a top choice in movies. The James Bond villain Ernst Stavro Blofield had a Persian cat, as did the Austin Powers’ Dr. Evil. The cat’s naturally grumpy face certainly helps with the aesthetic.

2. Persians have a relaxed personality

Persians have quiet, gentle and sweet personalities and are not known for being rambunctious cats. If you have an active household, they may prefer to be spectators. They also tend to stay close to the ground and probably won’t pine for that perfect perch on top of the cabinets or refrigerator.

Persians do appreciate attention but won’t come asking for it. They’re content to hang out with you or by themselves.

3. Show Persians compete in one of seven divisions

Wait, show Persians? Yep, that’s right! There is some fierce competition across (count them) seven divisions of competing Persian cats, which are divided by the color and pattern of the cat’s coat: solid, silver and golden, smoke and shaded, tabby, parti-color, bicolor and Himalayan. Want to know which category your pretty Persian falls into? Check out the division descriptions on the Cat Fancier’s Association website. 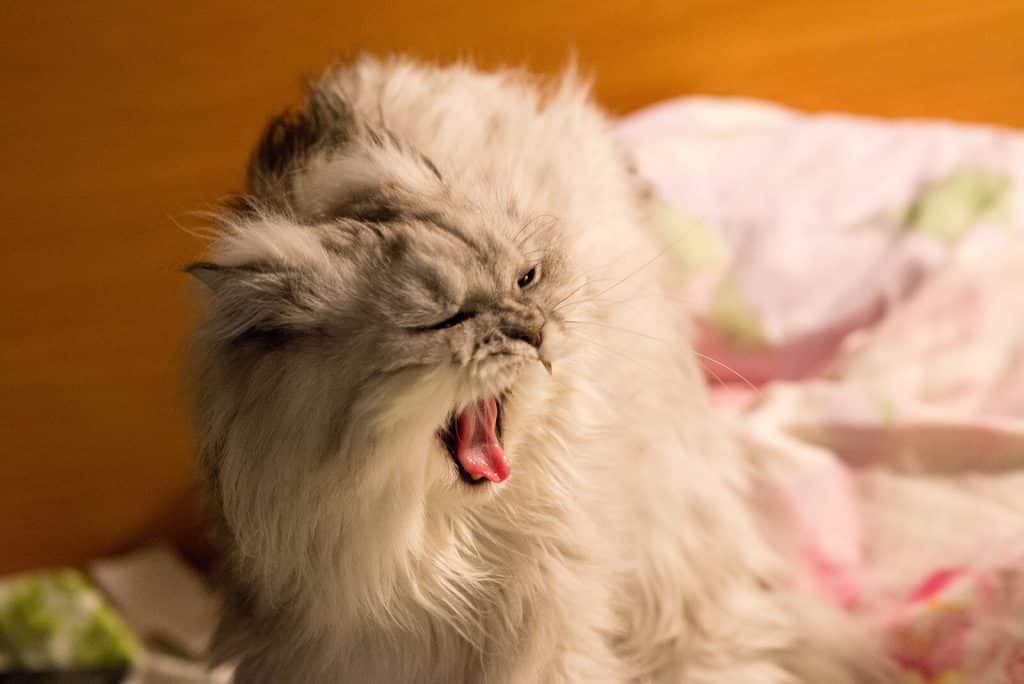 4. Their trademark face is a relatively new feature

The original Persian probably did not have the flat facial profile that we associate with the Persian breed today. The flat-nosed “peke” face was perpetuated by breeders in the United States, Germany, and Italy during the 1950s and is the result of a genetic mutation.

The original look of the Persian, which is also known as the “doll face” or “traditional,” did not have this extreme look, but bears other similarities to the better known peke Persian. 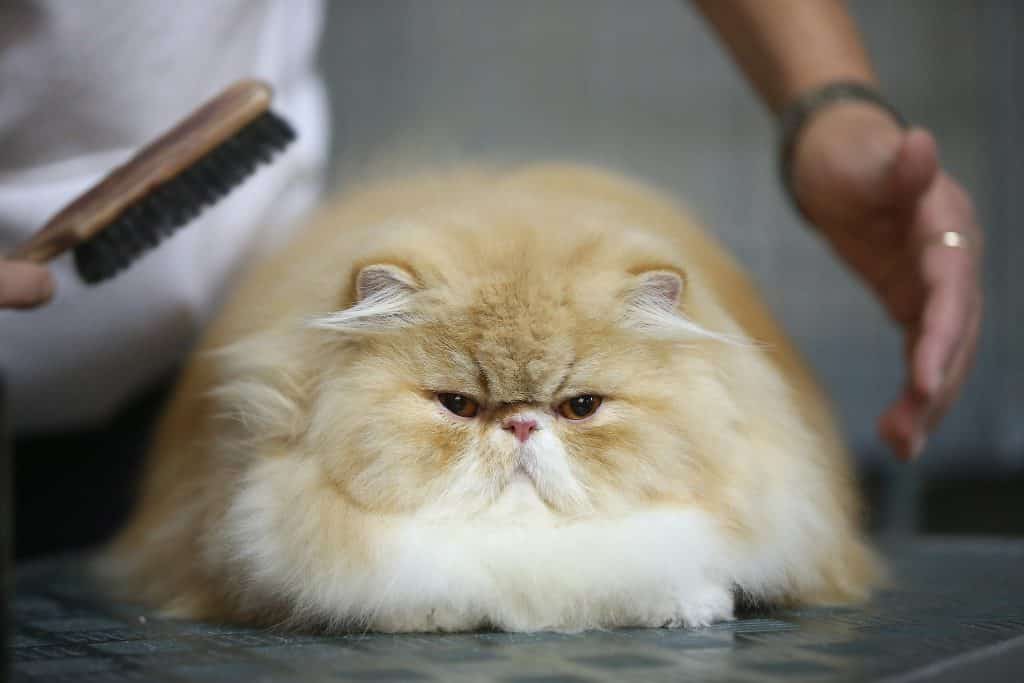 The Persian is known for its beautiful coat and that translates to grooming…a lot of grooming. Persian owners may find themselves brushing through that coat with a metal comb on a daily basis. In addition to combing, which helps prevent hairballs and mats, Persians also do best with regular baths.

Although many might not dare bathe a cat, it turns out many Persians come to enjoy their baths when done on a regular basis and from a young age. To keep hair as smooth as possible, a bathed Persian should be dried with a towel and then further dried with a blow dryer.

Many Persian parents (particularly the ones competing in one of those seven divisions) will take grooming to a new level by using a coat conditioner to prevent the coat and skin from drying out.

6. A Persian-Himalayan mix set the record for longest cat hair

In 2014, a Persian-Himalayan cat named Colonel Meow set the record for the longest cat hair. How long was it? An average of a whopping nine inches. Colonel Meow’s owners, who lived in Los Angeles said they weren’t surprised—their whole house was perpetually covered in hair.