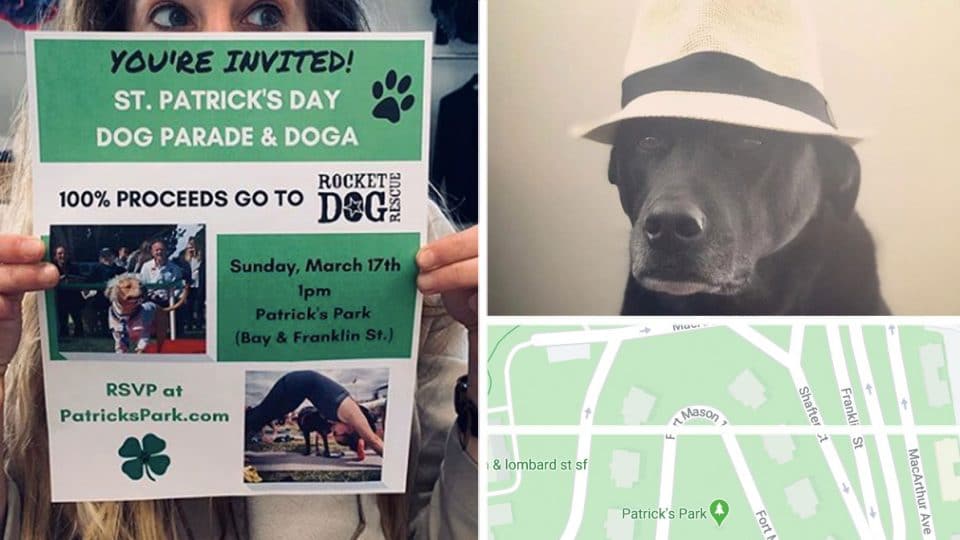 Patrick’s Pawade is just around the corner, and you are cordially invited to celebrate dogs in the name of Patrick, for St. Patrick’s Day, in Patrick’s Park, which is in the Fort Mason neighborhood of San Francisco, CA.

Now don’t try to say that ten times fast! Instead, read on about the park that wasn’t a park until it was. And how the love of one woman for her rescue dog Patrick changed maybe not the world, but Patrick’s part of it.

It all began last year when Jaime Kornick was pondering what to get her rescue dog, Patrick, for his birthday. The rescue dog had a forever family, a home, and good food to eat, so Kornick got inside her dog’s head for inspiration.  She realized that the best present would be the gift of blades of grass underneath Patrick’s paws, and a space to run and frolic with new friends. That could only mean a dog park!

Have Grass — Create a Park!

Patrick’s local “dog park” wasn’t really a park at all. There was just a particular stretch of greenspace undefined on any map where Patrick and Kornick met up with their neighbors for playdates.  So she logged into  Google Maps and edited in the name Patrick’s Park. And it stuck!

That sealed the deal, made it real, and a park was born. Now that Patrick’s park was findable on the map, more and more people were using the public land to hang out with their dogs. Kornick brought so much attention to this lovely green space that it soon became a sort of underground tourist attraction in the dogosphere and beyond.

While tourists flocked to the park, they saw Patrick indulge in his latest tricks. Everyone loved the small patch of green, but how could it become a real official park?

As Patrick’s park grew in popularity, Kornick knew she had to do something to “solidify its spot on the map,” so to speak. In the meantime, Park Ranger Thomas came on board and brought in trash receptacles. Things were starting to shape up.

Kornick thought about hosting a big bash. A party. A parade. Something huge to draw attention. She saw an opening with St. Patrick’s Day approaching.

Who wore the mohawk better?

The idea took off, and emails flooded in, including from Wag’s public relations people asking if co-founder Jason Meltzer could sit on a panel about dogs. Other panelists included Simon Milner, co-founder of Petzi pet gadget company, and Anne Carlson, founder of Jiminy’s.

If You Invite Them, They Will Come

The Dog Parade was mentioned on iHeart radio as well as in local publications. With all the press and special guests, more than 350 people RSVP’d. What Kornick saw as a little get-together was growing faster than she could catch up.

But without a permit, there would be no parade. So, Kornick got in touch with Patrick (another Patrick?) the permit guy. She received it just in time.

All for Dogs and Charity

The winner to be guest judge for the canine costume contest at the St. Patricks Day Dog Parade is @scoobysf!! 🐾 Contest begins at 2:30pm – we believe in you! ☘️ RSVP in profile link #dogsofsf #sfdogs

This year’s event is sure to be a hit, with VIP gift bags with a Barkbox toy, a doga class, costume contest, raffle, and so much more. Check the event listing for all the details on this free event.

You can read the whole story of Patrick’s park here.

Keep up with Patrick and his very own park on Instagram. 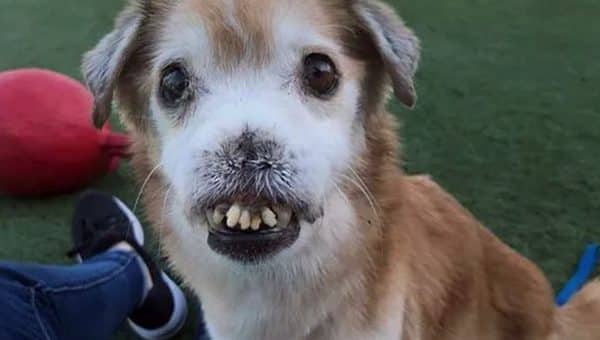 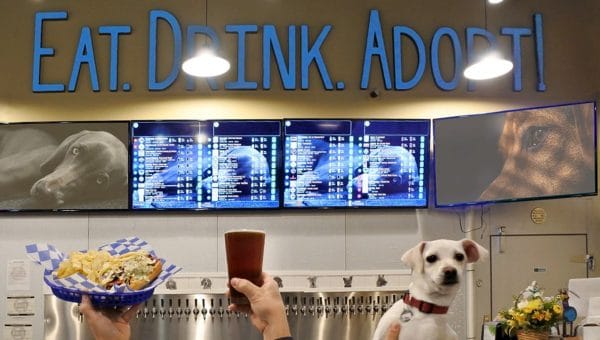