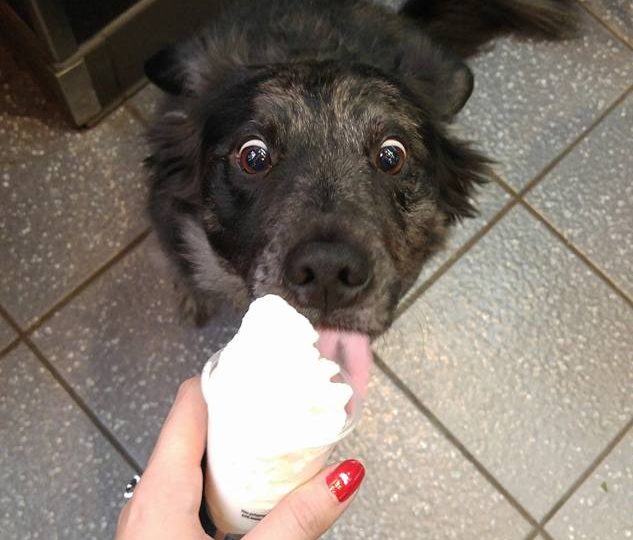 —This is the story of how a 2-minute test solved my dog’s recurring infections.

“You are what you eat” is not just a saying for those of us who enjoy donuts. My Australian shepherd mix, Mogley, had suffered from a series of skin and ear infections over the course of a year. We were at the vet every other month, and without his Healthy Paws insurance, I’d be flat broke from our frequent visits.

We tried Benadryl, steroids, and a food trial, and nothing got to the source of the problem.

Mogley would lick his belly and paws nonstop to the point of developing infections. And while I didn’t think of them as related at the time, he also suffered from two ear infections during that period. I was at my wit’s end. We tried Benadryl, steroids, and a food trial, and nothing got to the source of the problem. 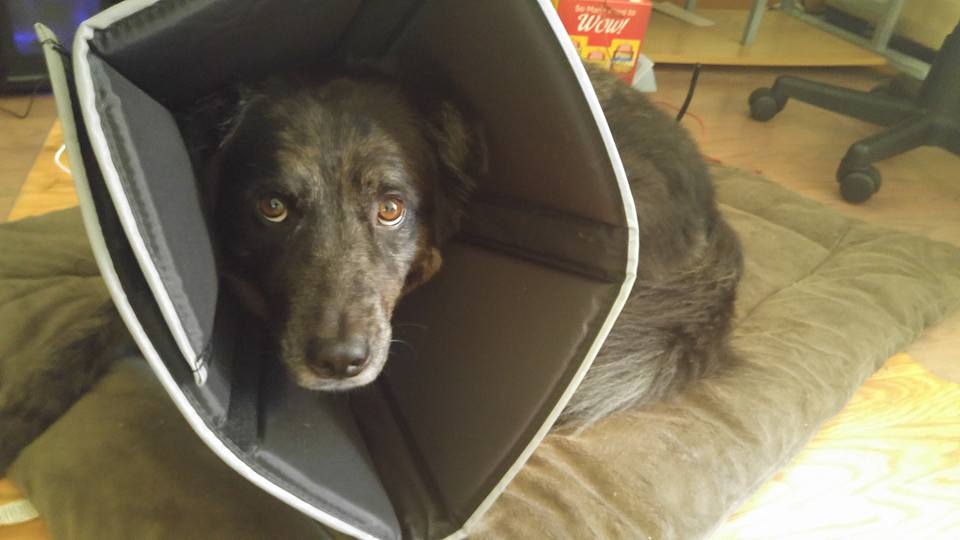 After a little Googling, I came across NutriScan. It’s a test that checks for food sensitivities and intolerance, as opposed to standard food allergies. Think about humans whose throats swell up after eating peanuts. That’s a food allergy. A food sensitivity/intolerance results in a more gradual reaction, not an immediate emergency as with true allergies. It’s also much more common in dogs.

The test is simple. You hold a cotton rope—it’s provided—against your dog’s gums for two minutes to collect saliva. You then place it in the test tube and mail it off to their lab. Nutriscan then checks for IgA and IgM antibodies in the sample, which are produced by your dog’s immune system in reaction to food sensitivities. The test is almost $300, but Mo’s insurance covered 90% of that.

The catch is the dog needs to have consumed the problem food in the past 6 months to two years. Luckily, I work at a dog-friendly office, so I know that Mo has had basically every dog treat known to man.

I work at a dog-friendly office, so Mo has had basically every dog treat known to man.

The results you get back require a little bit of interpreting, because the reactions occur on a spectrum. For instance, Mo had a medium reaction to barley, which is just a step below strong. I asked Dr. Jean Dodds, who runs Hemopet, about this. She said that the reaction meant that he shouldn’t have any gluten at all: barley, wheat, oatmeal, spelt, couscous, or rye.

The reaction meant that he shouldn’t have any gluten at all: barley, wheat, oatmeal, spelt, couscous, or rye.

This was surprising, and I was glad I’d checked with her. The test results hadn’t flagged oatmeal and wheat as problematic for Mo, so had I not talked to Dr. Dodds, I would have kept feeding him these ingredients.

Making Changes to His Diet

I’ve cut everything on that list out of my dog’s diet now. (Do you have any idea how many dog treats have egg in them?) And guess what? He improved after just the first week of making those changes.

It’s changed everything for us. My dog went from having to wear a cone to being able to sleep through the night without scratching.

It’s changed everything for us. My dog went from having to wear a cone to being able to sleep through the night without a fit of itchiness. It’s been mostly smooth sailing ever since we cut gluten out of his diet!

What’s more, if Mo gets a treat that contains gluten, I can see the reaction almost immediately. His skin turns pink again within a day.

Is Testing Worth It?

From my perspective, the company (Nutriscan) could use a little more professional polish, from their website to the general process of receiving the results and trying to interpret them. That said, I think the test was completely worth it. Testing for food sensitivities was the perfect solution for my dog, and I’d make the decision again in a heartbeat. 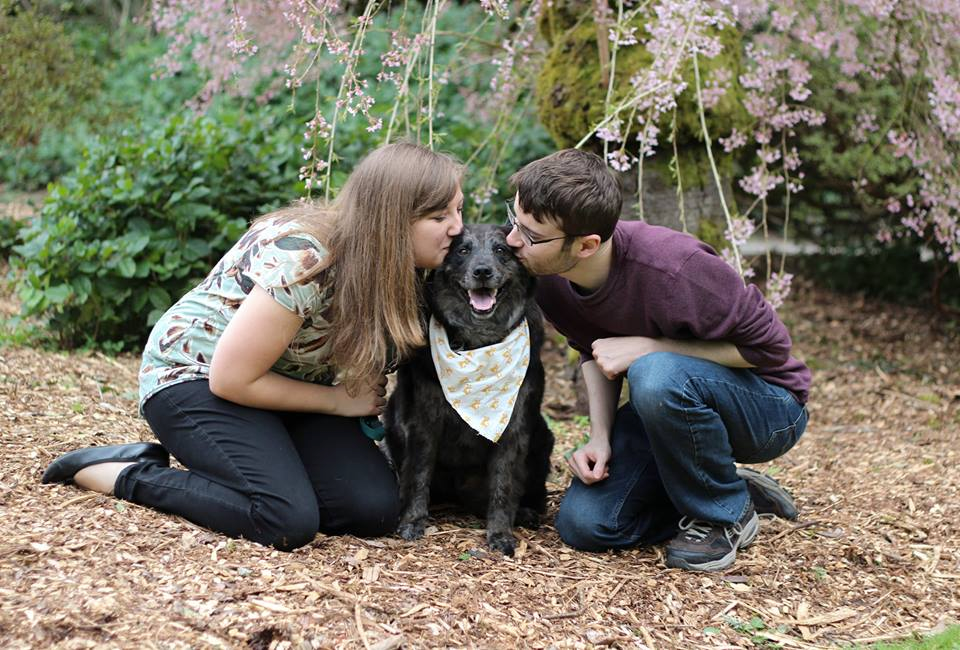