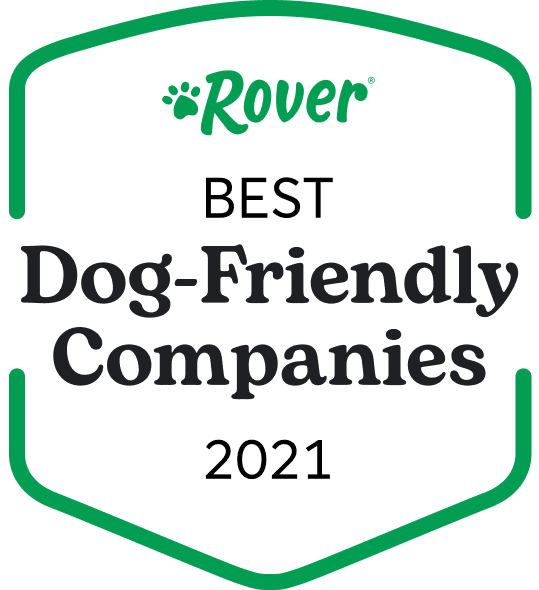 Secondary data, to be featured in the press release, was collected through a Rover survey of 1,000 U.S. based pet parents and/or employees who work for a dog-friendly company via Pollfish in August 2021. In some cases, the results of the survey were used to weight perks and benefits for the final rank of companies.

Rover’s 2021 Best Dog-Friendly Companies were awarded based on Rover’s proprietary ranking which polled nearly 90 dog-friendly companies across the US. Each company was awarded points based on key dog-friendly criteria including paid time off for pet bereavement and adoption, stipends for adoption, pet care and insurance and other amenities.

Company employee count (defined by the company) was factored into the Rover ranking under the premise that there are larger financial and operational implications of offering such benefits and perks at scale.

The amenities and benefits offered by each company were grouped together by category and represented with one of the following icons: