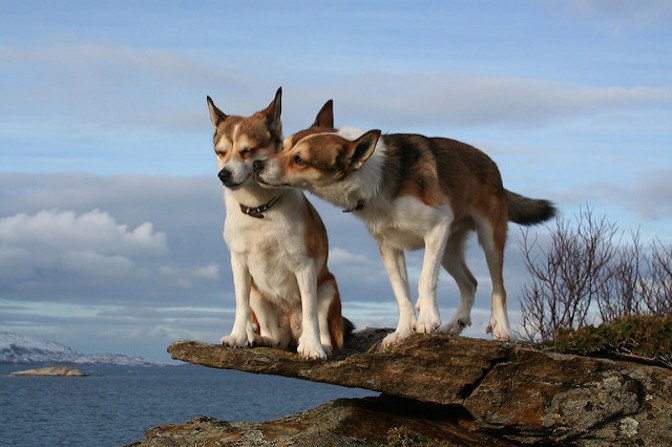 Each year, the American Kennel Club posts a list of the most popular breeds in America. No spoilers here: retrievers, Labs, and German shepherds regularly make the top five—and did again this year. But what about the breeds at the very bottom? The dogs that few Americans have seen or heard of? And what about the least-known breed of all? Meet the amazing Norwegian Lundehund. 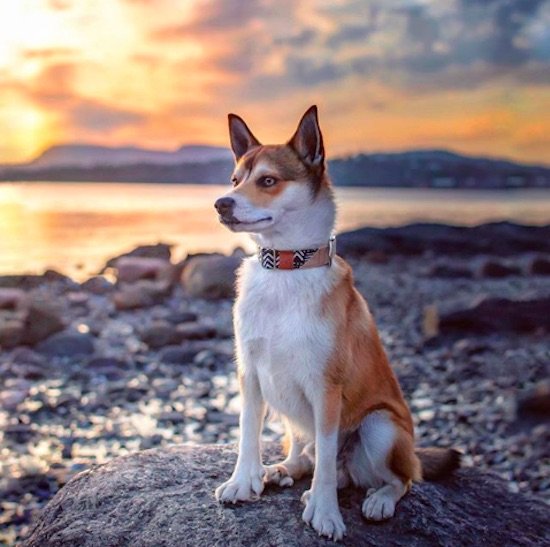 This year, buried far below the shih tzus and mastiffs, after the Basenjis and Schipperkes, way at the very rock bottom, is the Norwegian Lundehund (pronounced loon-ha-hound). There are only 350 Lundehunds inside the United States (no wonder they’re at the bottom of the list!), only 600 in Norway itself, and only a total of 1,400 worldwide.

They look a little like mystical spirit animals carrying the secrets of the universe (just check out Solan the Lundehund above). With a knowing, wise face like that of a wolf or coyote, plus the quick-footed, sneaky body of large fox—it seems Lundehunds could easily jump dimensions and visit you in a dream.

If Not Mystical, the Lundehund Is Highly Unusual 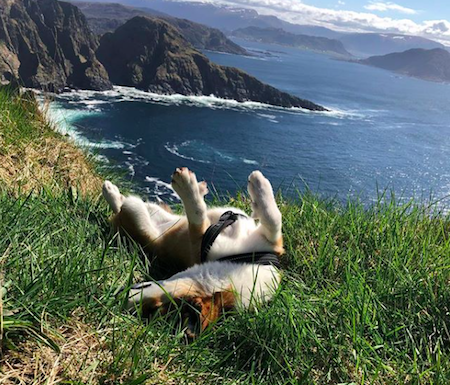 The Lundehund is quite the evolutionary marvel—these dogs have a truly unique set of characteristics, which you won’t find in any other breed on the planet (not in this combination, at least).

Lundehunds have six toes—four facing forward and two facing to the side and back of the paw, like dual thumbs—with eight paw pads below. True!

They’re also incredibly flexible and can bend their necks back so far, they can touch the top of their head to their spine. Their shoulder joints are also highly pliable, allowing them to lie down flat with their front arms at a 90-degree angle to the side of the body. They also have ear flaps that close down like a garage door over the ear canal, creating a nice, tight seal.

Thanks to these distinct physical features, the Lundehund can climb wet, rocky surfaces, tunnel into small crevices in rocky hillsides, and keep their ears quite safe in wet climates and surprise encounters with pecking birds. (That’s right, pecking birds!) They’re also known as puffin dogs thanks to their history as puffin hunters in the frigid North.

Why Is the Lundehund So Unusual?

All of these unlikely, almost alien features are a product of the Lundehund’s breeding and environment. They hail from remote islands off the coast of Norway, where they were used by humans to hunt the cliff-dwelling puffin bird for its meat and downy feathers. (Lundehund means “puffin dog” in Norwegian.)

While humans perhaps bred the dogs for certain traits, this breed has been around since before the last Ice Age and spent long periods surviving on their own, adapting to their environment, and living off the meat of seabirds and fish. Their six toes help them climb and navigate the wet, rocky areas where puffins make their homes, and their eight paw pads provide an excellent braking system on slippery cliffs.

The Lundehund’s flexible bones and joints help them wriggle in and out of small openings in the rock and turn around in cramped spaces, helping them capture puffins in the small hidden caves where they make their nests. And the breed’s trap-door ears keep the inner ear canal protected as the dogs scrape against rock and seek out angry birds with formidable beaks. 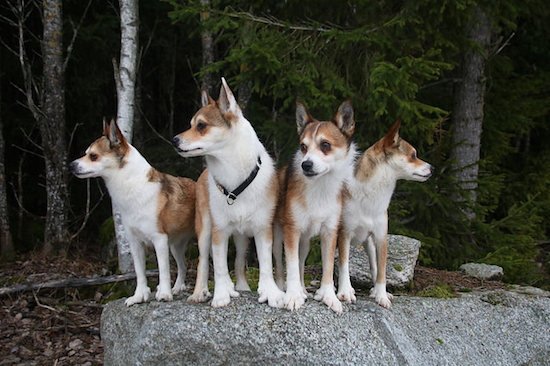 While the Lundehund has been around for centuries, it’s almost a miracle they’re still here at all. The dogs were used by hunters as working dogs from the Viking age up to the 16th and 17th centuries and beyond. But the Lundehund became less useful to humans once new methods were developed for puffin hunting. Even worse, the government placed a tax on the dogs, incentivizing people to avoid keeping them as pets, so the dogs were mostly left to survive on their own.

By the turn of the 20th century, the dogs could only be found in the isolated village of Mostad, and the Lundehund population was further reduced by two outbreaks of distemper during World War II and later in 1963. These left a mere six Lundehunds surviving in this small corner of the world, and five of these dogs shared the same mother. But with careful breeding standards, the Lundehund is now back on its six-toed feet—and slowly becoming known in other parts of the world.

Owners treasure the breed’s alert, inquisitive, and cheerful disposition. The breed can be wary of strangers, but they’re almost never aggressive, even when challenged. The Lundehund does have an independent streak, but how else could they have survived for so long in such difficult times?

However, before you go looking for a Lundehund puppy, there are some important caveats.

Reposting @solan_the_lundehund:
My face when we go through the treat aisle at the pet store ????
..
..
..#lundehund #norsklundehund #dog pic.twitter.com/EbpseYlAf4

What You Should Know about Lundehunds as Pets

The Norwegian Lundehund Club of America points out that this beautiful breed is not for everyone. They write, “they can make wonderful companions in the right homes, but prospective owners should think carefully about whether the Lundehunds unique personality will fit in well with their lifestyle.”

Why is that? It’s because this little Norwegian is what’s known as a “primitive breed,” which indicates that it has quite a few behaviors in common with wild dogs and even wolves. Training can be more difficult with these breeds. They also have a strong pack instinct and prey drive, and they’re so nimble, they get into everything! Plus, they’re known to bark—a lot.

Not only that, but the Lundehund has a very high prevalence of gastrointestinal disease. This study, published by the good researchers at Texas A&M University, delves into the perplexing problem with deep detail.

Not all Lundehunds exhibit symptoms, but it’s thought that the majority of Lundehunds suffer from some type of gastric disturbance. Many of them have trouble gaining weight because of it. There’s no known cure, though it can be managed with a low-fat, high-protein diet, medications, and vitamin supplements.

Experienced puffin dog owner, breeder, and veterinarian Susan Torgerson, DVM, also has good information about this phenomenon on her website.

Lundehund owners love their breed, and these dogs can be great companions for an active, attentive family. However, as you can see, adding a Lundehund to your home takes careful planning. Be sure to do your research and speak to other owners, and always work with a responsible breeder.

And don’t forget—there are many wonderful dogs in shelters awaiting their forever homes!