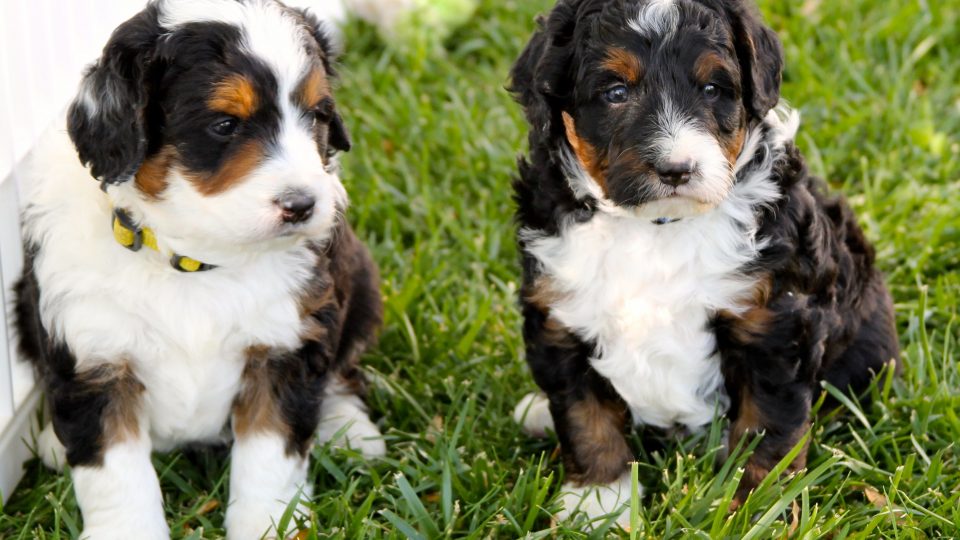 Dog breeding can be a highly controversial topic. Some animal lovers are hooked on a breed and will shell out big bucks for the perfect purebred. Others are adamantly against breeding with so many dogs available in shelters and rescue groups.

Breeding used to be highly functional—a shepherd breeds only the best herding dogs or a hunter breeds the dogs with the best instincts—but with dogs now serving more of a companion role in society, many prospective pet parents are simply looking for specific features in their puppy, whether it’s a purebred or designer mix.

Just how did we get to where the look of a dog is potentially more important than his function? We’ll explore the hows and why of dog breeding, and look back on the centuries of history that got us here.

History of Dogs as Pets

We know today’s domesticated dogs are descendants of ancient wolves, thought to have been tolerated at first by humans as alarm systems but later welcomed as working dogs on farms and in today’s world as companion animals.

In 2010, researchers stumbled upon a 35,000-year-old fossil in Siberia, later identified as wolf remains and believed to be the closest link between dogs and wolves, which suggests domestic dogs did originate in Europe.

Regardless of origin, dogs were originally bred for function—guarding, herding, or hunting breeds—and that function still exists today for some farmers or hunters.

The AKC and Purebred Dogs

The American Kennel Club first started in the late 1800s as a “club of clubs”—a combination of 13 different breed clubs whose stated mission is to “advance the study, breeding, exhibiting, running and maintenance of purebred dogs.” To date, 184 dog breeds are recognized by the AKC.

Purebred dogs were once considered a status symbol in American society but now, they are more a sign of personal preference.

It is the love of a particular breed that draws some into the business of breeding. Sarah Halbeck of Sarken Kennels in Tennessee always wanted an Irish Wolfhound and started breeding litters in 2002. 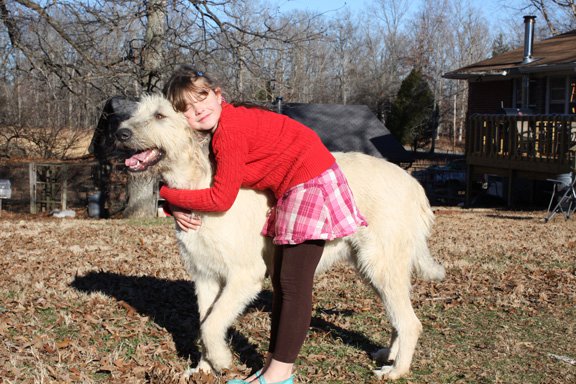 “When I was in a location with enough land to actually get one, I realized how difficult it was, so I made the decision to start raising them,” Halbeck explains. “We take the role of breeding very seriously. It is our job, as breeders, to welcome into this world the best puppies we possibly can, educate their new owners, and support them at all times.”

Sarken Kennels tests their parent dogs, checking bloodlines and history, and provides a one-year contract for each and every puppy guaranteeing their health. They microchip their pups and provide health checks, shots, and of course food as the pups grow to an adoptable age. They also take a number of factors into account when deciding which dogs to breed.

“We base our decision to breed on health, age, date of last litter, size of last litter, longevity, and health of the parents and grandparents,” Halbeck explains. “Some of our females may have one litter but not enjoy the experience, and if that is the case she will not be bred again. We stay away from line breeding and believe this aids in our success with long living, healthy hounds.”

Sadly, not all breeders operate like Sarken Kennels—some will even disappear after selling puppies prone to illness. Halbeck says Sarken has even taken in Wolfhound puppies sold by other less-responsible breeders after those breeders ignore emails and calls from the new owners.

“We love this breed and will do anything we can to help protect and promote them in today’s society,” Halbeck adds. “They are simply a joy to be around.” 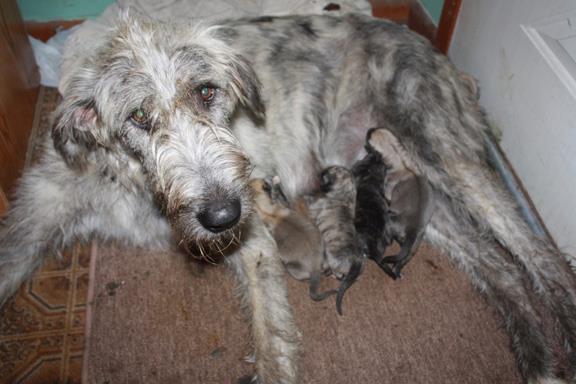 Sarken Kennels does testing on breeding parents and offers a health guarantee on their puppies.

There are regulations in place to prevent such poor practices of these “backyard breeders” or even puppy mills. Halbeck thinks the internet has made it easier for these irresponsible breeders to continue to operate.

“There will always be some who operate outside the law,” Halbeck says. “There are many people that look at breeding and see dollar signs. It is easy, and often free, to advertise online and sadly, this encourages scammers.”

Halbeck has some advice for finding a reputable, responsible breeder and avoiding the scamming backyard breeders:

Trendy so-called “designer” breeds—a.k.a. a cross of two purebred dogs—aren’t officially recognized by the AKC, much to the disappointment of some breeders.

“Designer breeds—I really do not like that term,” owner of Rocky Mt. Bernedoodles Tammie Rendon says. “Every AKC breed came from crossbreeding. This is not any different than those AKC recognized breeds—that is how there are so many different breeds of dogs.” 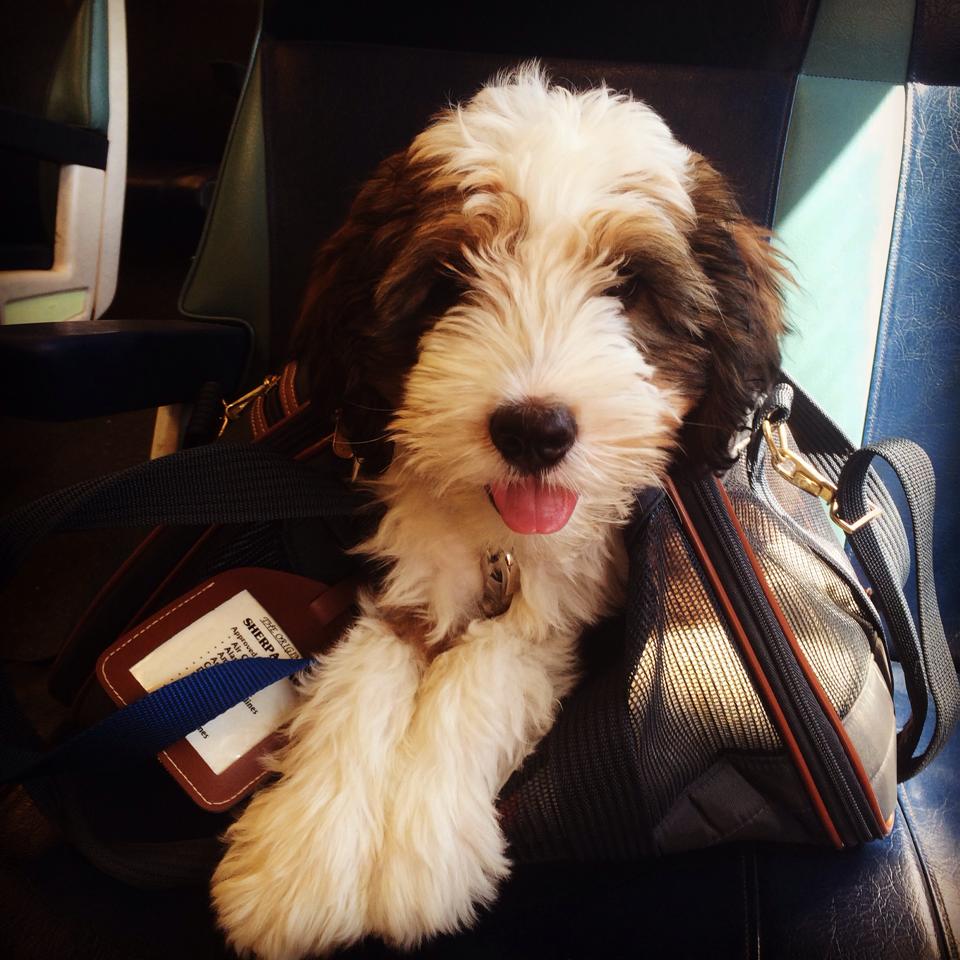 “My customers love the temperament of a Bernese but they want a longer lifespan, which Bernedoodles have,” Rendon explains. “They want a dog with fewer health problems, so they buy a Bernedoodle. Another advantage of a Bernedoodle is little or no shedding, where Bernese are high shedding.”

The breed is so in demand, it’s a six-month wait for a pup from one of Rendon’s litters, and two years at Swiss Ridge in Canada, who Rendon calls the “Godmother of the Bernedoodle.”

“I do not think Bernedoodles are a trend,” Rendon adds. “I think because they are a newer breed, they have become popular but there are not a lot of breeders to buy from.”

Even though they are a relatively new breed, Rendon says the handful of Bernedoodle breeders have high-quality standards.

“I feel Bernedoodle breeders are very vigilant at health testing,” Rendon says. “They are trying to produce the best quality dog; I feel the standards are higher than many of your AKC breeders.”

Bernedoodles are gaining in popularity, but Labradoodles and Goldendoodles are so popular, they are trending up in more than a dozen states across the country. With hundreds of Labradoodle breeders around, it’s important to find a responsible breeder.

Although designer breeders aren’t sanctioned by the AKC, follow some of the same advice as looking for a purebred breeder: Visit the site, get references and a contract, and feel comfortable with your breeder. 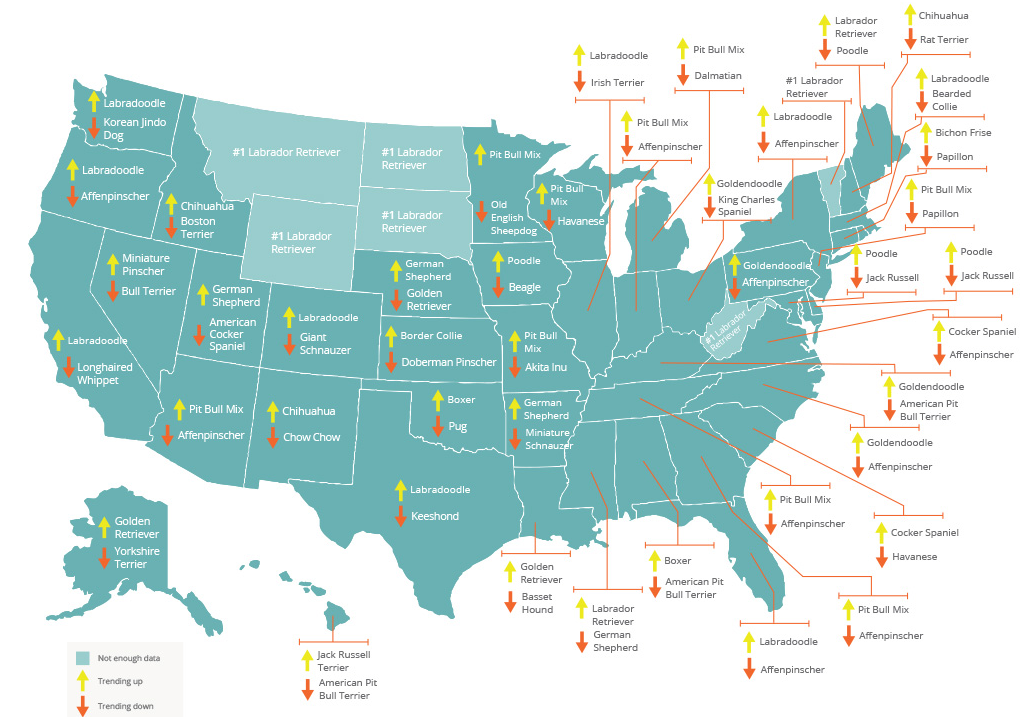 Labradoodles and Goldendoodles are trending in 13 states, according to our survey.

We already detailed the most important tips to follow when buying a purebred dog, and for good cause. An estimated 25% of the 20 million purebred dogs in America have a serious genetic problem as looks are trumping function—but more importantly health—in breeding practices.

“There are breeders who are more worried about getting the perfect show dog than the dog’s mental and physical health,” California dog trainer and behaviorist Beverly Ulbrich laments.

Proper breeding practices are the single most important guarantee for good health. But since looks have become so important, some breeders are inbreeding to produce exaggerated features. Other problems include breeding dogs too young and breeding dogs that show undesirable traits.

“In the past, breeders naturally kept the best of the breed that had the skills they needed and the personality characteristics they wanted,” Ulbrich explains. “Now, there are breeders using dogs under a year old, well before there is a chance to see if the dog has any genetic defects. They should ideally wait until the dog enters adulthood to see if they are a healthy dog, both physically and mentally. A lot of breeders aren’t waiting and as a result, genetic disorders and behavior problems are on the rise.”

If you think pedigree papers are a guarantee of health—think again.

A 2001 TIME expose on the alarming rise of genetic disorders in dogs quoted then-AKC vice president for planning, John Mandeville, saying AKC certification “is absolutely not a Good Housekeeping seal of approval, unfortunately.”

Again, follow the breeder-suggested best practices above, and ask if your breeder tests the parents for genetic defects. Meet the puppy and the puppy’s parents before buying to ensure there are no fear or aggression issues. If these issues are ignored, you could end up with a host of medical problems and thousands of dollars in vet bills.

If you are in love with a particular breed, you’re not alone. Some people feel such deep breed loyalty, they cannot imagine having any other type of dog. 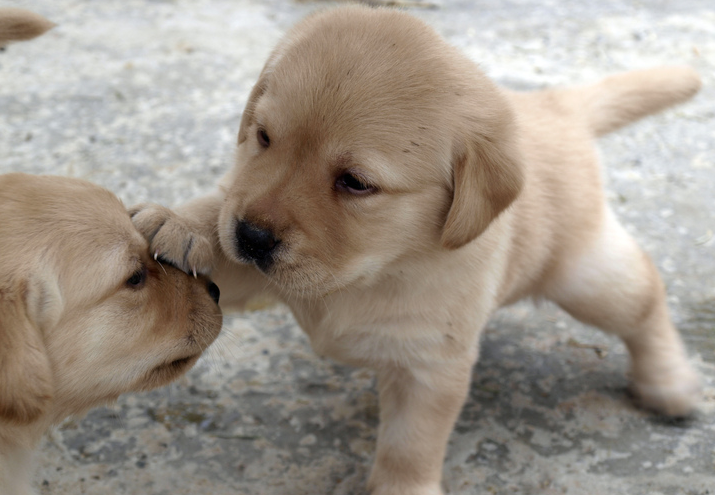 Labs are the most popular dog in America. Breed loyalists love their temperament and look. Image via Flickr.

“It’s often someone who has a positive history with the breed and knows it well,” Executive Director of The San Diego Animal Support Foundation Darlene White explains. “I understand why people love specific breeds—it’s the look and behavior that often comes with the breed, and I get that. And there are great breeders with solid reputations who are actively involved in breeding for quality, not quantity.”

But these days, you don’t need to buy to get the breed you want. There are numerous breed-specific rescues across the country.

“The most over-bred dogs—chihuahuas, pit bulls, labs, and shepherds—have multiple rescues in every city just trying to keep up with the number of those dogs being dumped in shelters,” White says.

White says the number of purebred dogs available for adoption is a direct result of the aforementioned irresponsible breeding that leaves many dogs with undesirable health or behavior issues.

“Purebred rescue dogs have the same genetic health risks as most purebred dogs coming from breeders, as most originally came from [irresponsible] breeders,” White adds. “However, rescues spay/neuter, vaccinate, and often treat dogs for medical issues before adoption.”

Dogs have been man’s assistant and companion for tens of thousands of years, evolving from wild wolves into the best friends we love today. Our pets are a big part of our lives, and we treat them like our kids.

Although there are plenty of wonderful breeders with good intentions, there are also scammers looking to cash in on our puppy love. Take the necessary steps to make sure you aren’t supporting breeding practices that are ending in illness for millions of innocent dogs.