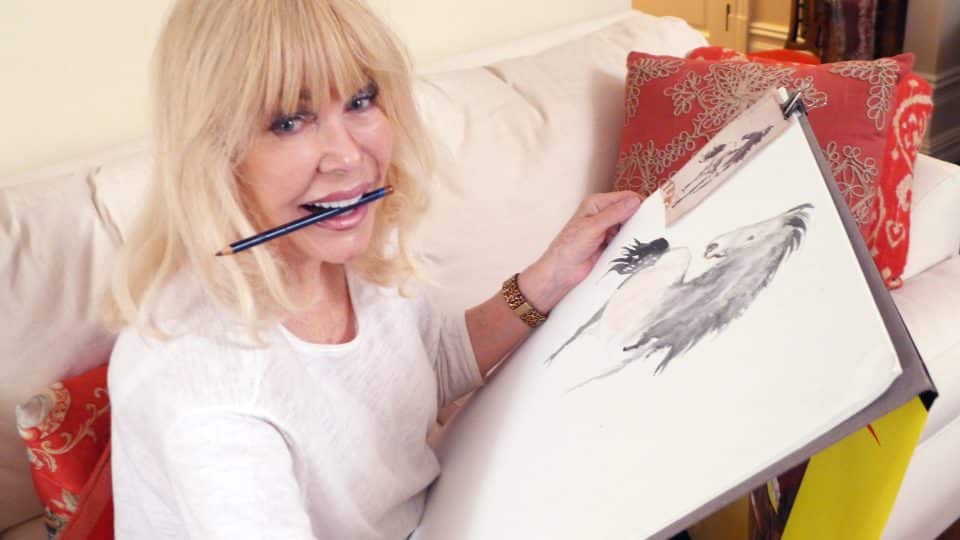 When actor, artist, and animal advocate Loretta Swit was a baby in her stroller, she became so excited when she saw a dog, that she would yell, “Doggy, doggy, doggy!”

Unfortunately, she was not allowed to have animals as a child. “How sad,” she said. “Animals bring so much love into the life of a child.”

Consequently, as an adult, she had as many animals as she could manage.

Since then she has followed a path to help animals. By networking with responsible humane organizations such as The Humane Society of the United States (HSUS), Farm Sanctuary, Actors and Others for Animals, Bideawee, Dogs Playing for Life (DPFL), and Paws for Purple Hearts—her “allies”—Swit keeps well-informed and involved. 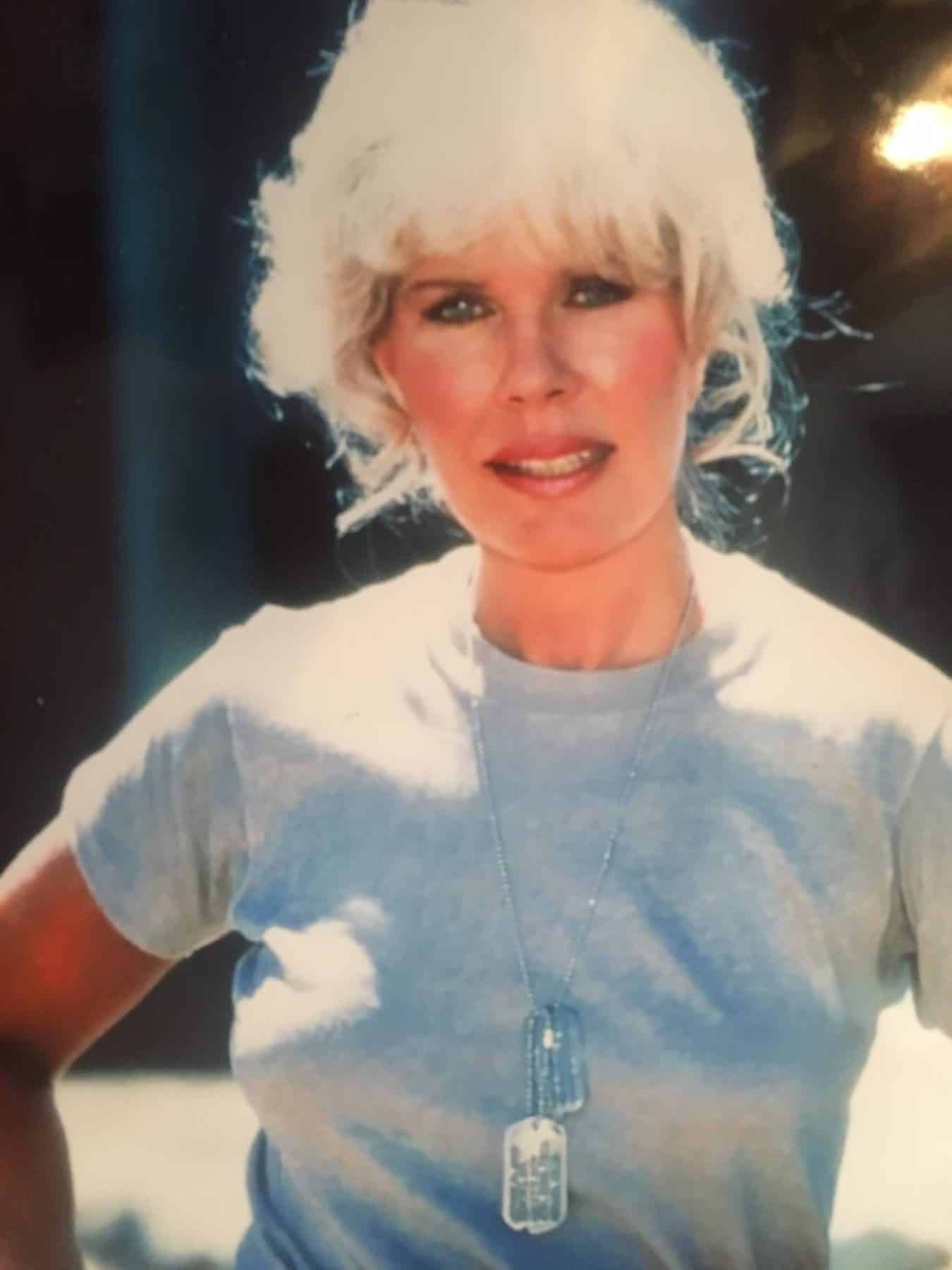 “There’s much to learn from what NOT to do,” Swit said. “We can learn much from mistakes, learn what’s wrong, and try to fix it. Puppy mills, for example, are an evil blight on our society, and we should strive to rid our world of this unbelievable cruelty.”

Swit is a passionate proponent of rescue and adoption. “Don’t buy your animal companion from a store,” she said. “If we keep learning and act positively on what we learn, we will have become a part of the positive solution.”

Through SwitHeart Animal Alliance, Swit is working to bring back the dogs from Afghanistan to reunite them with their first handlers as well as helping to match veterans stateside with companion animals.

Swit learned personally from her friend Marine Corporal Christopher Van Etten about the pain of waiting to be reunited with your war dog. While serving in Afghanistan, Van Etten lost both his legs from stepping on a landmine while running to aid another squad member who had fallen. According to Van Etten, one of the worst parts of the injury was waiting seven months for the return of his dog Harley. 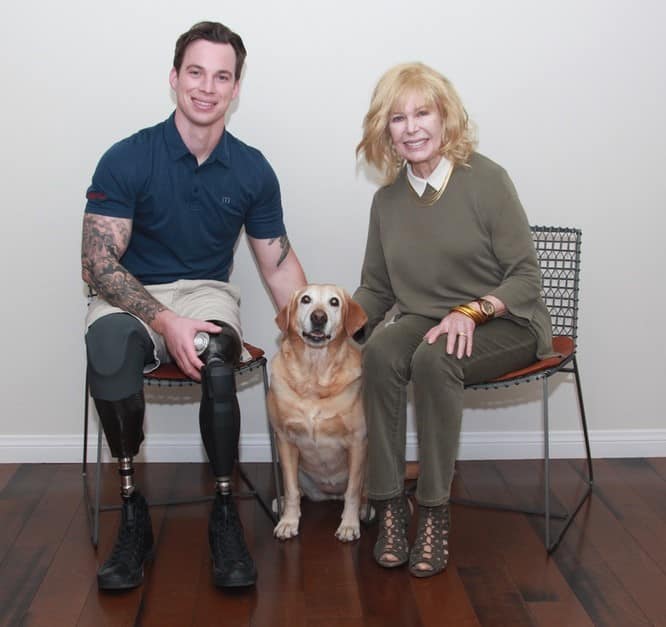 “Chris says there are veterans waiting for years to be reunited with their war dogs,” Swit said. “It’s a situation we hope we can change, and our campaign is dedicated to making that happen.”

From Military Dog to Companion Dog

When Swit first met Van Etten, his dog Harley was still in battle mode. “Harley would sit next to him reacting to any movement Chris would make,” she said. “It was moving to see the devotion.”

The transformation from military dog to companion animals takes time. “Months later, we did a photoshoot, and clearly Harley had become the family ‘pet,’” Swit said. “Chris has become a father, and Harley is now watching over the baby. A bright, instinctive dog, Harley has been re-programmed to continue to serve.” 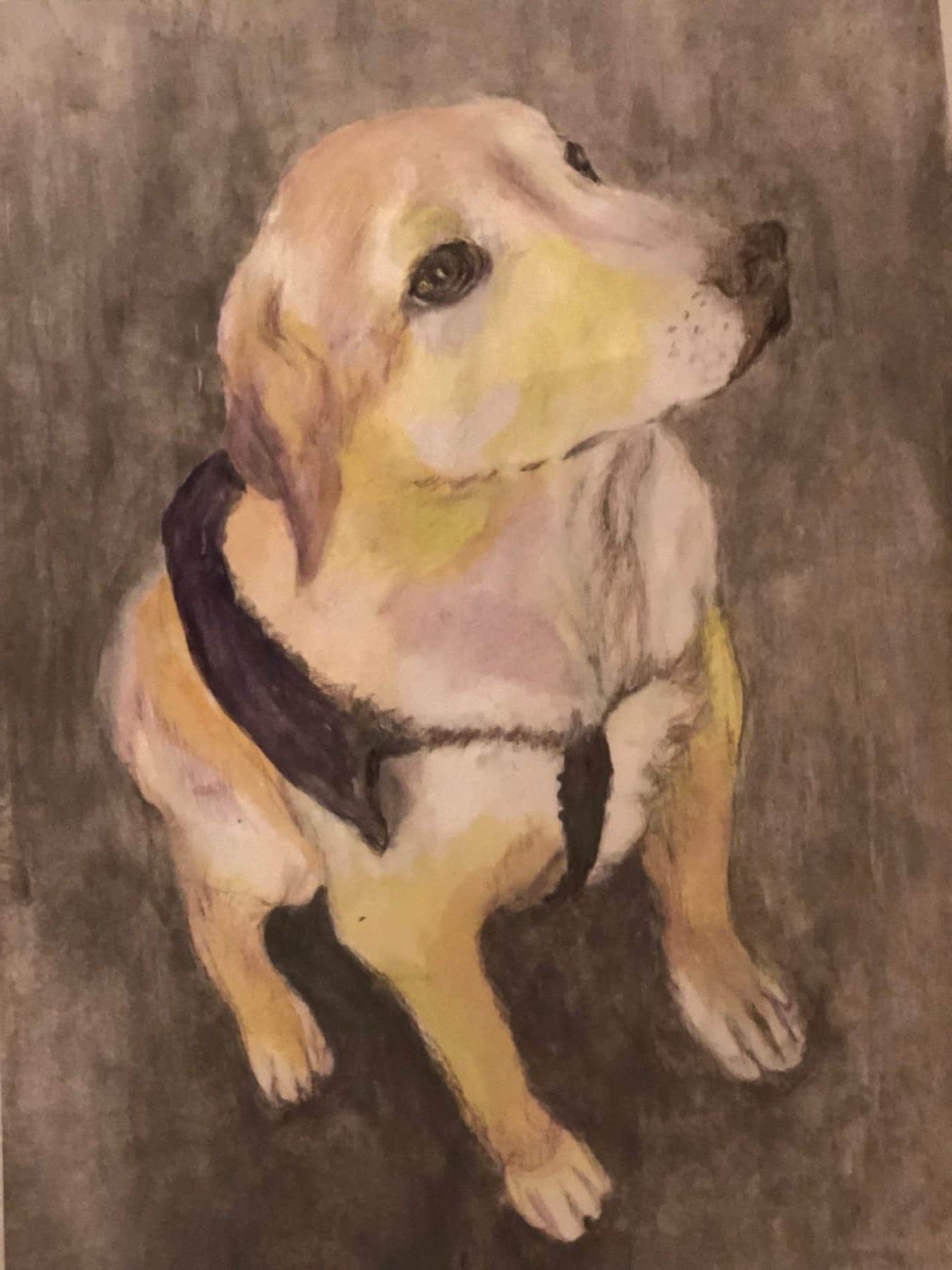 Military animals returning stateside have Post-traumatic Stress Disorder (PTSD) just as their partners do. “They need to be retrained,” Swit said. “They need to be able to walk down the street on the Fourth of July and not react in battle mode. The PTSD is just as real for them as it is for their war buddies.”

Swit has talked with Bonnie Bergin, canine researcher and inventor of the concept of today’s service dog. Working on the psychology of the bond between human and dog, Bergin wrote: “When [the handler and service dog] can be rejoined they must be…it’s imperative to bring them together.” 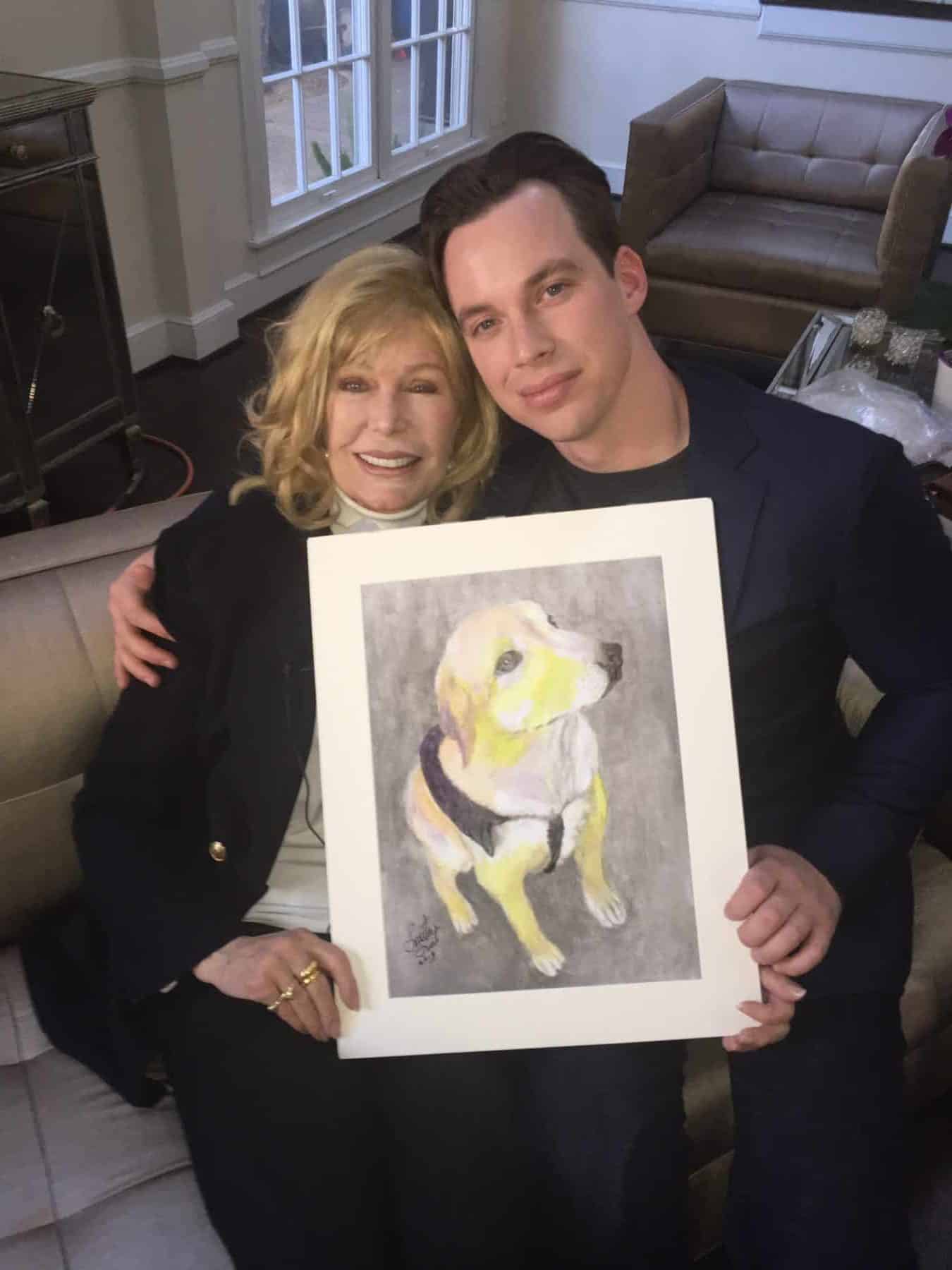 Bergin founded Paws for Purple Hearts, an organization allied with Swit that works to improve the lives of veterans with PTSD and Traumatic Brain Injury by matching them with a highly trained service dog and canine-assisted therapy programs.

Other organizations near and dear to Swit’s heart are A.R.F. (Animal Rescue Foundation) and Pets for Vets. These organizations work with rescue dogs to give them a second chance while being transformed into service animals for veterans.

From Acting to Artistic Animal Activism

While Swit has had an extensive career as a stage, film, and television actor known for her many character roles, most notably as Major Margaret Houlihan on the beloved TV show M*A*S*H, she’s also an accomplished watercolorist.

Her book, SwitHeart: The Watercolour Artistry & Animal Activism of Loretta Swit, is a collection of her watercolors of animal portraits, a project with proceeds that benefit the 501(c)(3) animal cruelty prevention charity she founded, SwitHeart Animal Alliance (S.A.A.). 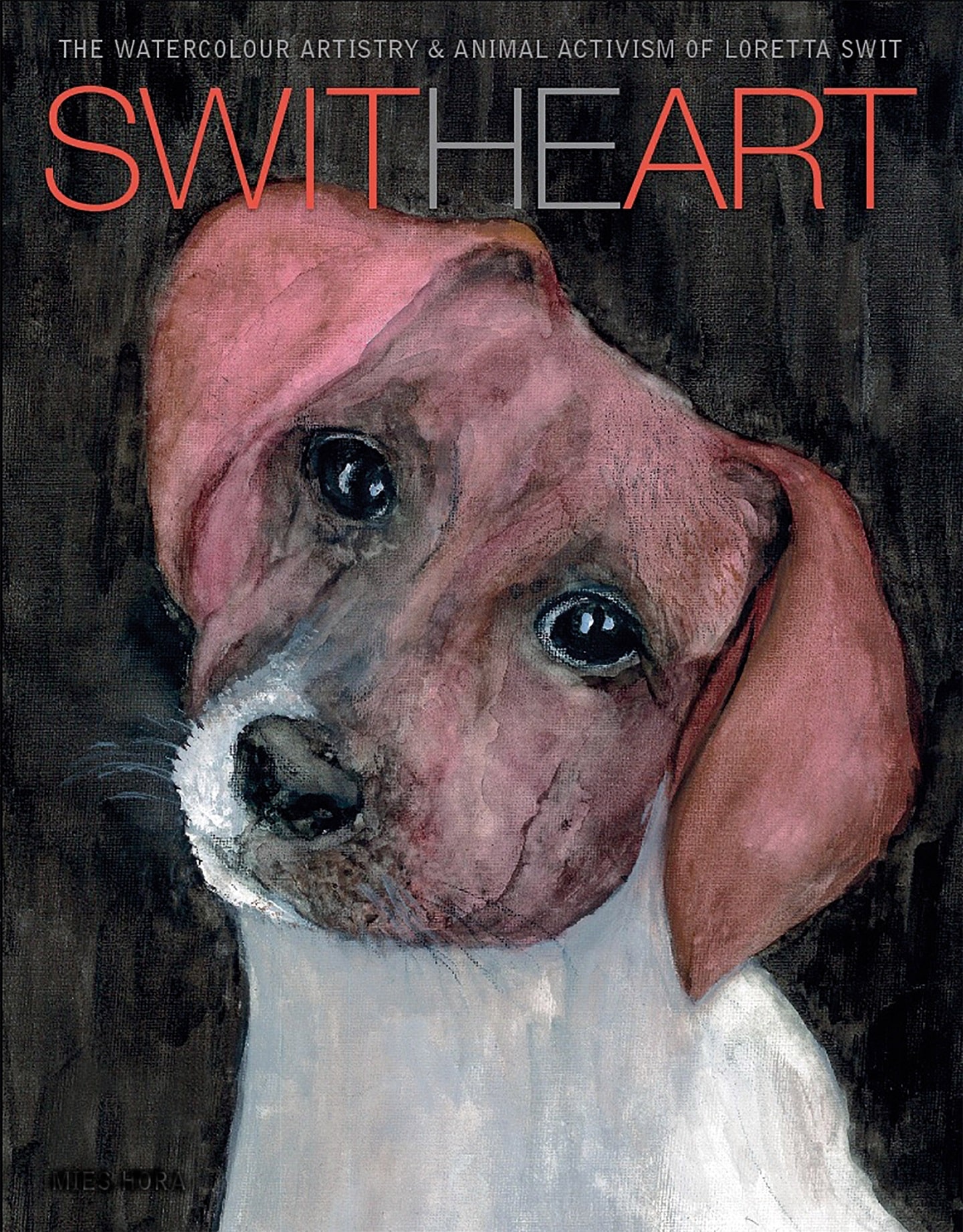 Swit has used her voice for years to bring attention to many animal issues, including Trap, Neuter, Return (TNR) for feral cats, as well as promoting spay and neuter programs for dogs. She also supports programs for working animals who visit hospitals, believing that the power of unconditional love is incredible medicine.

Although she wasn’t formally trained as a painter, Swit was born to paint.

“It’s funny but true, but when you’re untrained, it gives you the freedom to make mistakes.” Swit said, adding, “It’s a fine time to test the old adage that practice makes perfect. I don’t know about ‘the perfect’ part, but if you throw your whole heart into something, you’re bound to keep improving.”

Currently, along with acting projects, Swit is busy with her artwork and SwitHeart Animal Alliance.

“The book has sold well, not only because of the animal art, but I think because of the stories behind the paintings,” Swit said. “I’m deep into the second edition. As I state in the book, ‘I never met an animal I didn’t love.’” 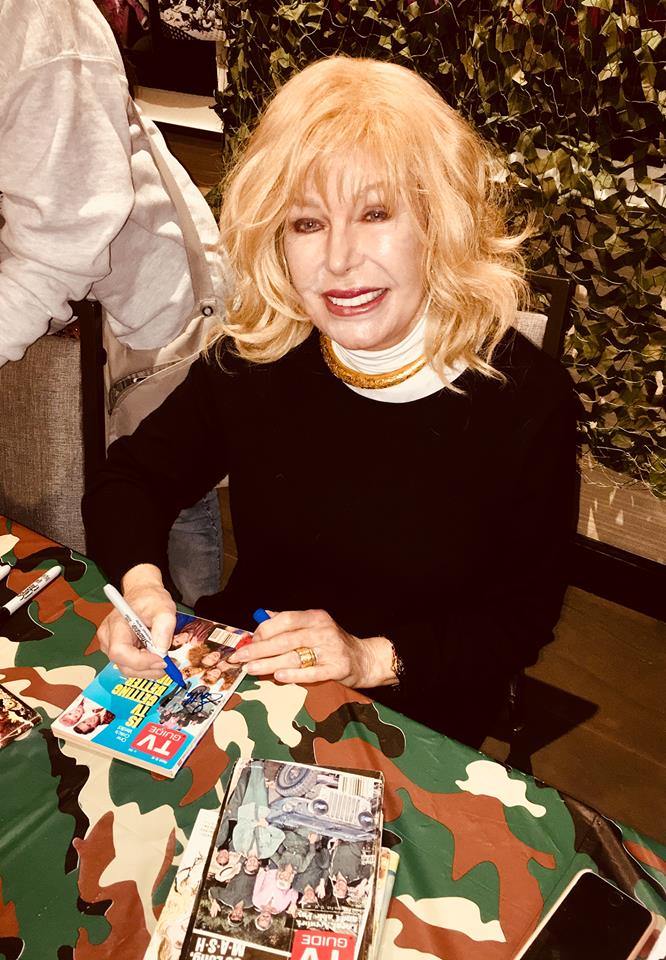 Proceeds from her book go into SwitHeart Animal Alliance and animal advocacy.

When it comes to dogs or cats, Swit continues to promote rescue. “If you have your heart and mindset on a purebred, we can put you in touch with legitimate groups that can help you find your loving companion,” she said.

Since harm to animals often stems from a lack of awareness and understanding, education is a large part of what she promotes.

“I believe in the goodness of human nature and that people will act on information in a positive way,” Swit said. “If they learn, they have the knowledge and the power to become proactive.” 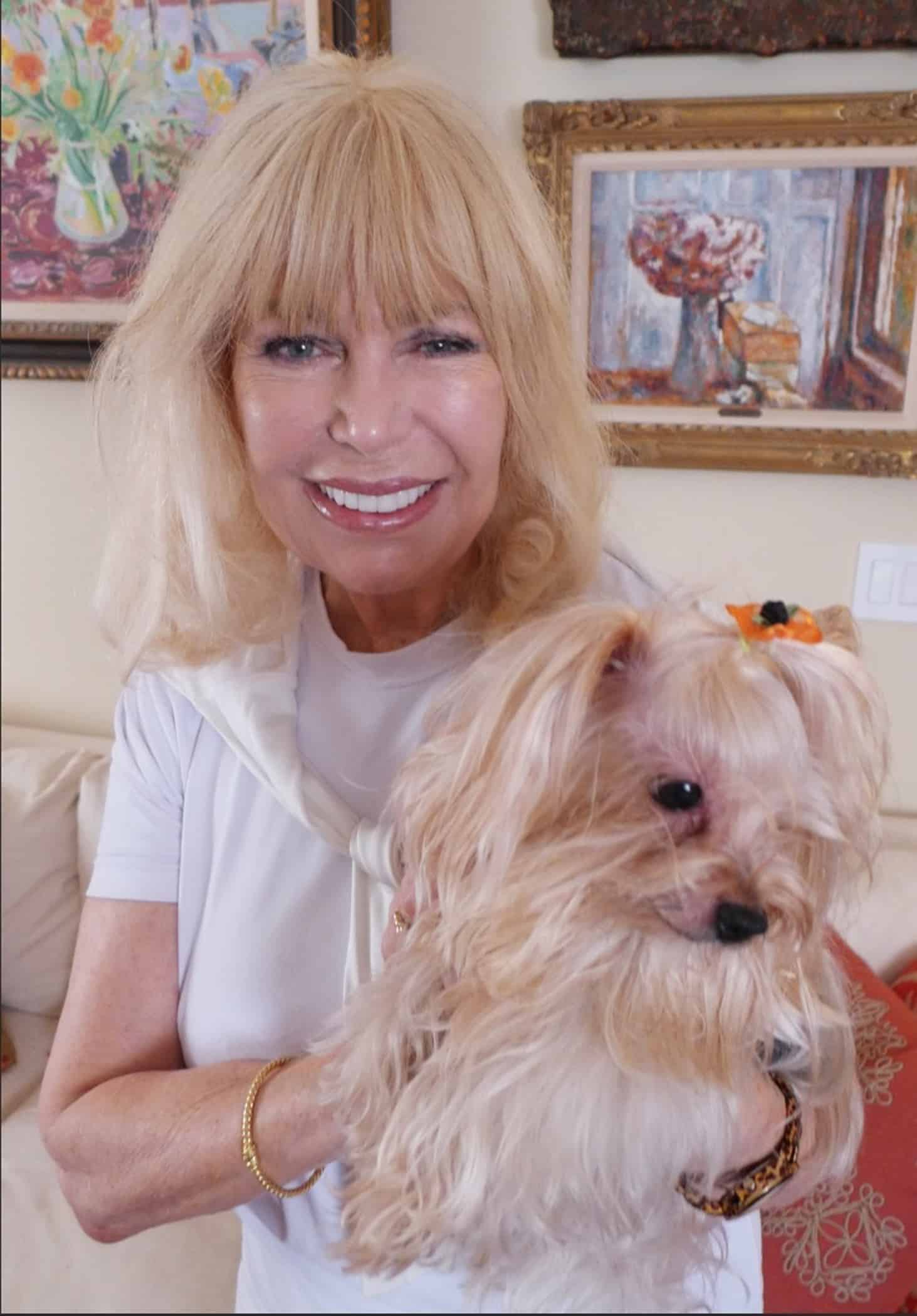 “I’d like to be the person my animals think I am,” she laughed. “They think I invented treats.”

Swit endorses Nutrient Touch to help with pet health. Find out more about SwitHeart, and click here to buy her book.