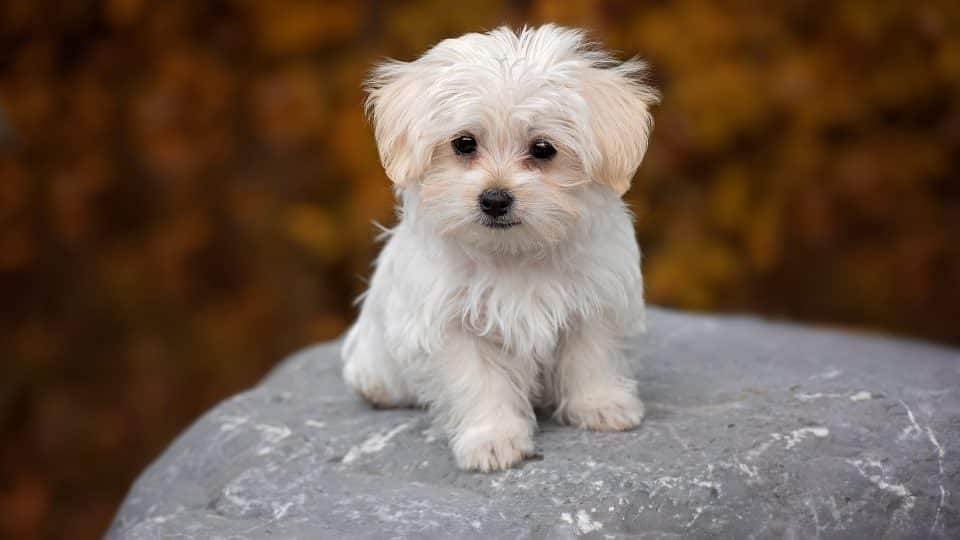 Covered in a white luxurious fur, Maltese dogs were born to live in the lap of luxury and the lap of humans. Well into adulthood, Maltese are often playful and energetic, doing their signature move of bouncing up and down for joy. Maltese puppies love to play with their toys, many of which are larger than their tiny puppy frame!

The Maltese, also known as “Ye Ancient Dogge of Malta” has been around for thousands of years. They were likely brought to Malta by the Phoenicians, a civilization that ruled the Mediterranean before Greece. In 1500 B.C., traders in Malta were collecting precious gemstones, silks, and certain white lap dogs. Even thousands of years ago, Maltese were treasured by many and were considered a sought-after ‘Ladies dog’.

Eventually, this show-stopping pup made its way to the aristocrats of the Roman Empire. There are many paintings and poems depicting this breed, and it was said that a Roman matron’s outfit wasn’t complete without a Maltese present. After the fall of Rome, the Chinese saved this breed from extinction and treasured them in their own royal courts.

In 1877 at the first Westminster Show in New York, the longhaired Maltese was shown as the “Maltese Lion Dog”. 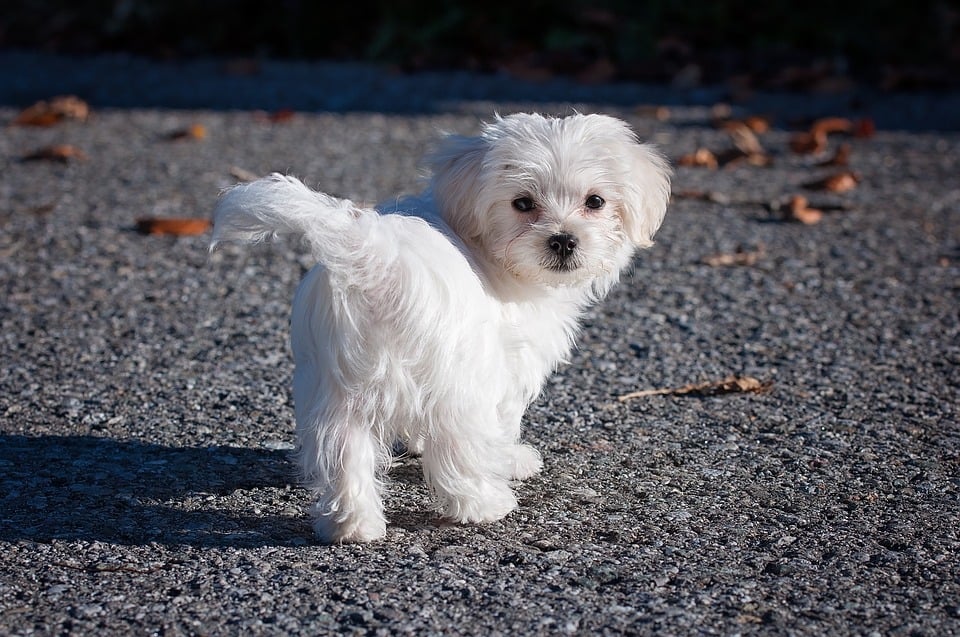 Maltese puppies are destined to become pint-sized royalty. With their long lineage in the royal courts, this noble dog is the epitome of “big things that come in small packages”. Here are some facts you need to know before owning a Maltese puppy.

Who’s the best human for a Maltese?

Maltese puppies love humans of all ages and have the energy to burn. Maltese make surprisingly excellent miniature guard dogs, and due to their stature are great for apartment or house living. Maltese tend to be stubborn at times and require regular grooming, so this breed is best for someone who has patience and time to train their Maltese puppy for their full potential!

Getting a Maltese puppy

Whether to adopt or to work with a breeder for your new Maltese puppy is a personal choice that requires research. Thankfully, there are many resources out there to help you find a rescue or breeder who offers healthy, ethically-sourced Maltese puppies.

Knowing what you’re in for when you get a Maltese puppy is an important step in being a responsible pet owner. Whether you find a responsible breeder or are planning on adopting, prepare yourself for an energetic and friendly addition to your household.

It may be surprising to know, but adopting a Maltese puppy is possible. According to the AKC, most breed rescues report that a majority of their rescue dogs come from individual owner surrender, with the most common reasons being a change in lifestyle or the breed not being right for them. This means that there may be many dogs and puppies out there who are looking for a new forever home.

The main difference between a breeder and a rescue is that a rescue may not always have young puppies to choose from. The benefit, however, is that most are mandated to only adopt out dogs who have been microchipped and spayed/neutered. This means you may end up with a dog who’s already been housebroken and doesn’t need these common medical procedures. You may also find a Maltese mix that has all the traits you want from the breed, but with a little extra thrown in.

After you find the right Maltese puppy, it’s time to prepare your home! Here are a few resources to get you started.