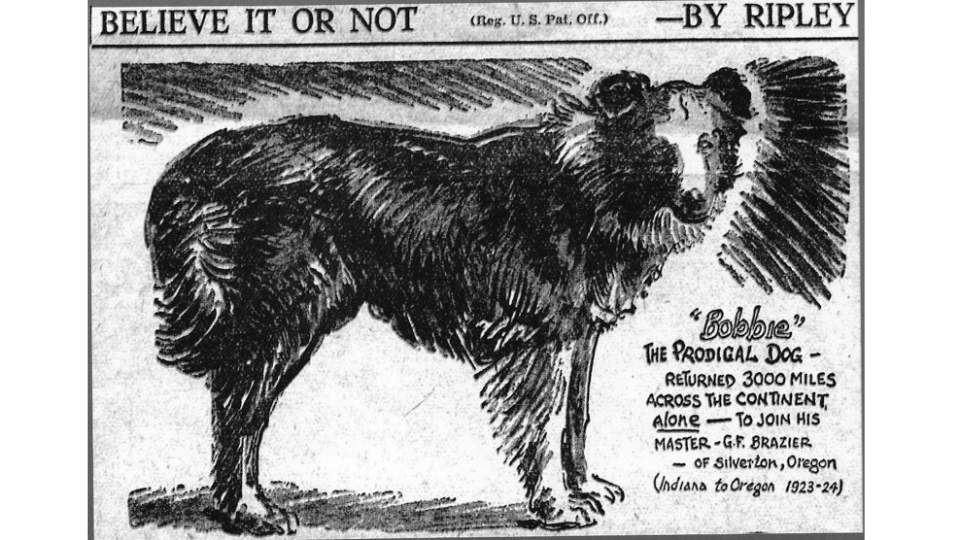 A loyal companion, tireless in the face of hardship.

A patient friend, awaiting his human’s return, as long as it takes.

A fierce helpmate, courageous in the face of battle.

These are the chronicles of some of the most well-known dogs of recent history.

Their contributions to the people that mattered most to them showcases the best part of the noble character of “Man’s best friend.”

Hachiko: Waiting for a train 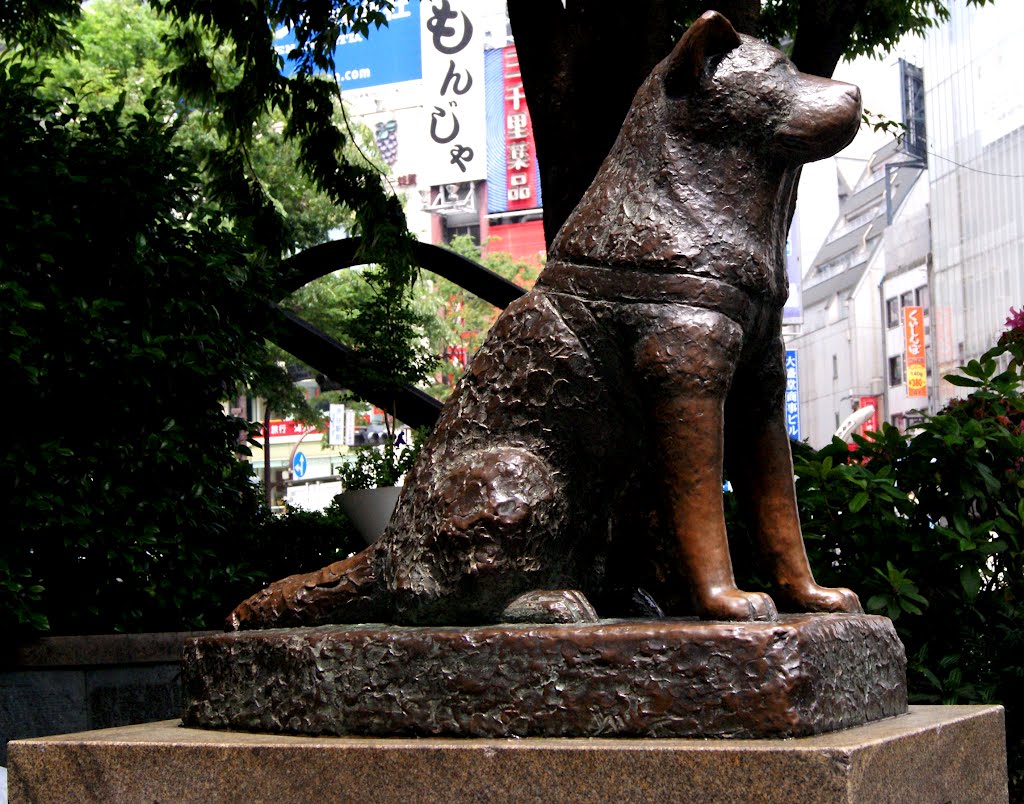 World-renowned symbol of canine loyalty, Hachiko the Japanese akita met the evening train every day for nine years, nine months and fifteen days, patiently waiting for his owner who had passed away at work. (source) 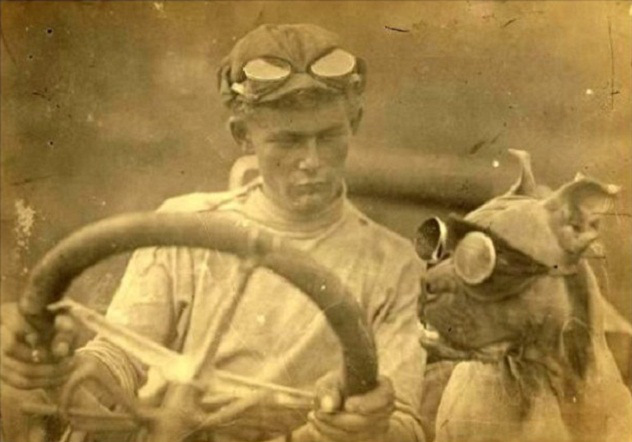 “Dog is my co-pilot”

In 1903, Bud accompanied owner Dr. Horatio Nelson Jackson on the first automobile journey from coast to coast. In just sixty-three and a half days, man and beast bravely journeyed from San Francisco to New York city, well before highways and service stations changed the American landscape forever. 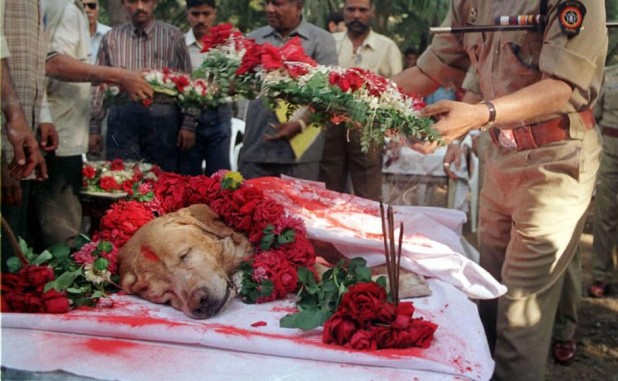 In his police career, this yellow lab detected more than 3,329 kgs of explosive RDX, 600 detonators, 249 hand grenades, and 6,406 rounds of live ammunition, saving thousands of lives. When he passed away from cancer at age 8, he was awarded a hero’s funeral by the Police Department. (source) 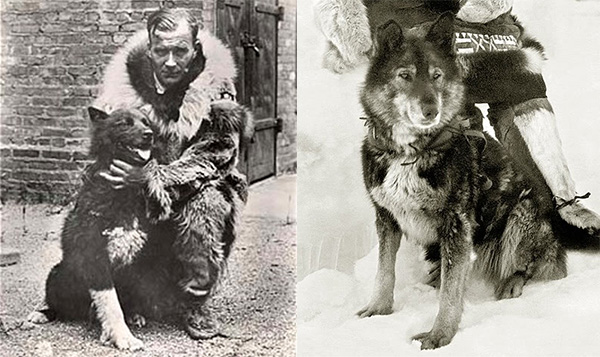 Balto is famous for delivering the serum to Nome, and Togo for covering the roughest section of trail.

In 1925, teams of hardy sled dogs and their mushers helped prevent a deadly outbreak of Diphtheria in Nome, Alaska. The lifesaving relay sled run from Nenana to Nome took 20 mushers and 160 dogs five and a half days to cover 674 miles, and was the inspiration for the annual Iditarod sled dog race. While many may recognize Balto as the lead dog in the last team on the relay who brought the serum into Nome, Togo’s contribution as lead dog on one of the longest and by far the most difficult leg of the relay has earned him a place in history.

Veteran of 17 battles on the Western Front, Stubby was not just a mascot to the 26th Yankee Division of the 102nd Infantry, he was a soldier. He learned to salute, knew the bugle calls, learned to detect dangerous mustard gas, and would scout for wounded soldiers between battles. His brothers-in-arms also credit him as being an early warning system for bombings and raids. (source) 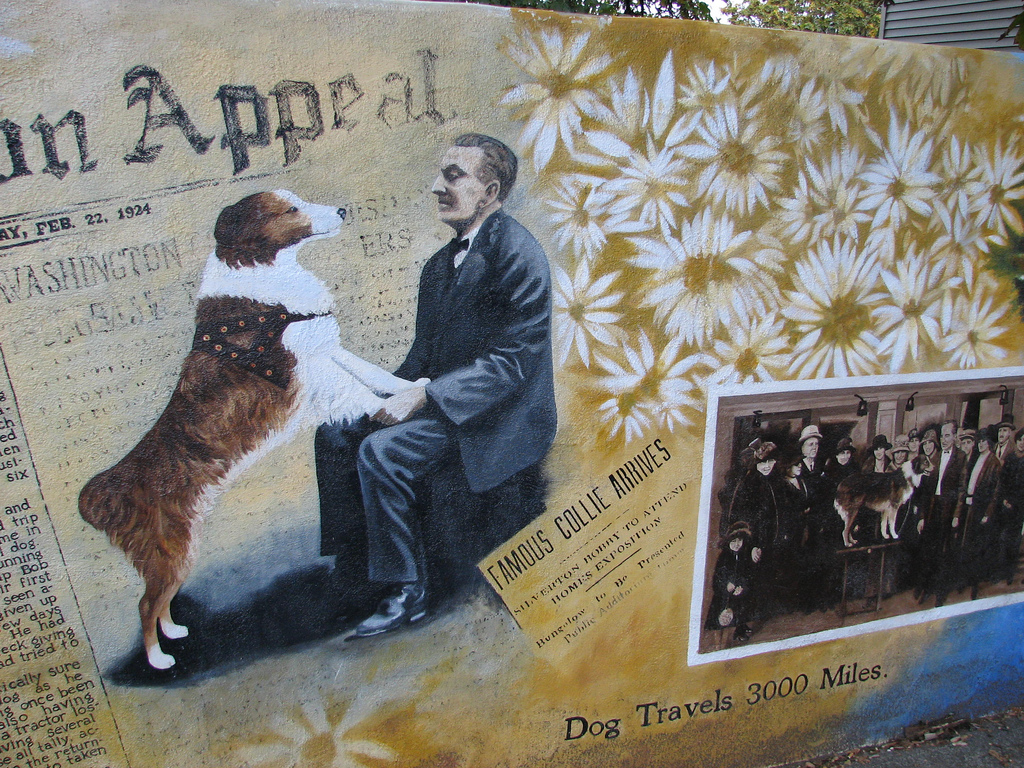 More of the mural can be seen here.

Bobbie the collie got lost on a family vacation in Illinois in 1926. Bobbie was gone for just over 6 months, when he turned up at the family home in Silverton, Oregon. His grave features a plaque and doghouse at the Oregon Humane Society, as well as a lovely mural. (source)