They look like wolves, but they aren’t. They seem austere and cold, but in reality, say their owners, the husky is far friendlier than those ice-blue eyes make them appear.

Denise Herman the owner of Empire of the Dog, a dog training and consulting company based in New York, had two huskies growing up. And one thing she can tell you about the husky personality is that they are crazy—like a fox. “Ours were pretty chill,” she says of her childhood huskies, Patty and Tasha, but “they kind of have a reputation as being frisky and trickstery.” 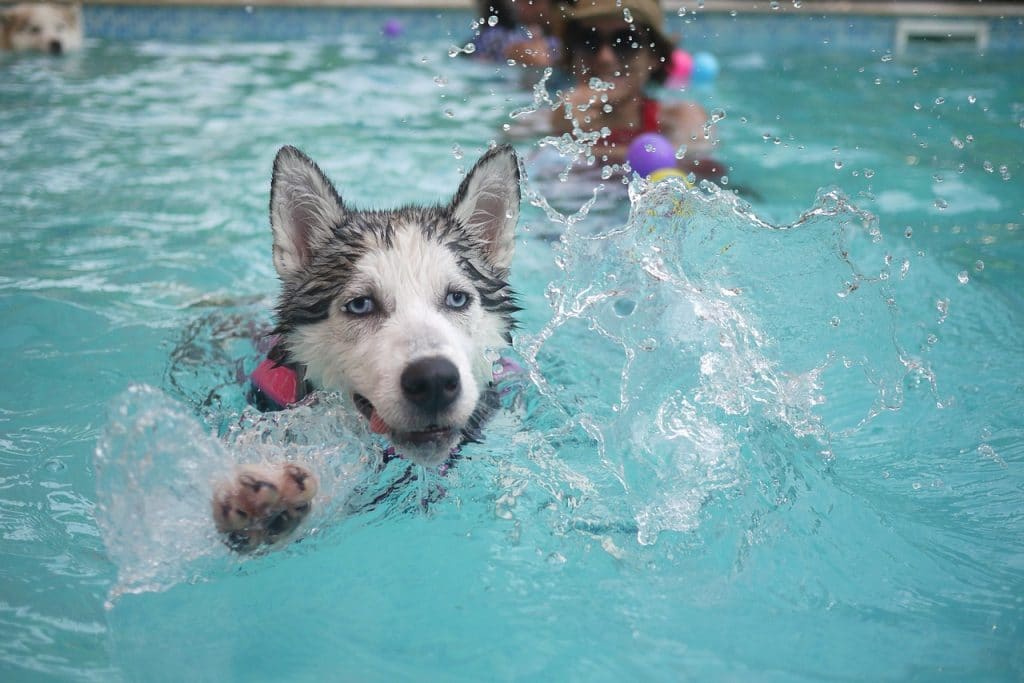 By which she means: “They are insanely good escape artists,” she says. “Last time I had a husky that I fostered…every time I came home [they] escaped out of the crate. [They were] just laying on the floor like, ‘Yeah, I didn’t like that. So here I am.'”

Herman tells me an improbable story or two about her childhood dogs that would make great fodder for a Disney movie.

In one, she says, they escaped and ran through downtown Baltimore. Thankfully, they never got hit. “And then when they’d had enough, they would just stop somewhere.”

Another time, they stopped on a woman’s porch, who ended up calling the number on their tag. “They just laid down…like, ‘All right, we’re done. We’re tired. take us home.'”

In another tall tale that’s totally true, her wily huskies ran away and jumped into a cab when the cab driver was getting gas. “So a cab pulled up in front of the house, in the middle of the night and brought them home.”

Some of this wandering is inspired by their working dog genes. “They really have a drive to like run,” she says. “Like sled dogs.”

Indeed, Herman’s experience does not appear to be unique. A quick glance at the husky Reddit page turns up owners with dogs who’ve escaped leashes or are worried about their privacy fences being eluded.

Huskies are friendly but are often mistaken for other breeds like Malamutes or Akitas. And, she says, those ice-blue eyes give them a standoffish appearance. “They look wolfy, so that weirds people out.”

The American Kennel Club says that Siberian huskies are friendly to other dogs because they are pack dogs to the point of ineptness for security. They really enjoy family and other pets and even strangers.

Herman also mentioned that Huskies can be a little aggressive if not trained well, saying that they can have a “predatory” nature. “They can be dicey around small animals,” she says.

Though some people warn that huskies and cats might not be a good mix, the husky Reddit page disproved that theory, too. Or at least there are plenty of huskies that love their kitty friends.

But even though there are some characteristics associated with huskies, every dog is unique.

Shari and Curran Wong have a husky named Chewie (yes, after Star Wars’ Chewbacca) who they say doesn’t fit breed stereotypes. “Chewie is actually very, very mellow,” Shari says. “When he’s in the house, he usually just snuggles up to his favorite beds and blankets.”

And unlike Herman’s childhood friends, Chewie isn’t much of an escape artist. “Chewie hasn’t escaped very often, but he definitely has the capability to,” Shari says. “Thankfully, he just doesn’t feel the urge! Also, to prevent this, we never let him out in our backyard unattended.”

Shari concurs that huskies are friendly, but they’re not needy. “He won’t be the dog asking for belly rubs and cuddles from humans, but he gets along with humans of all ages and sizes.”

But it is true that Chewy can’t always handle smaller animals. Shari says they have to be cautious around small dogs. “When Chewie sees little dogs running around, he definitely wants to try and catch them!” she explains.

But in general, husky personalities can vary from dog to dog. As Herman says, “All dogs are individuals.”