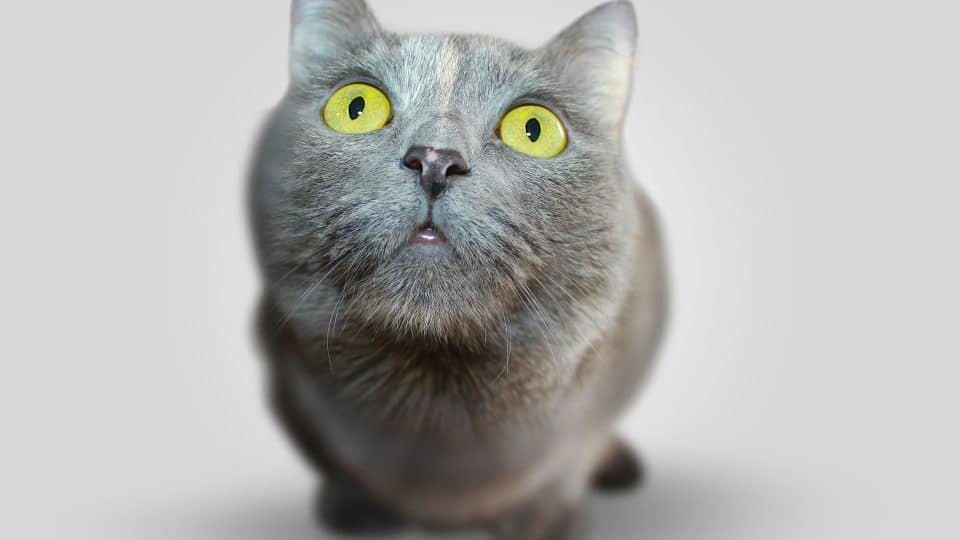 Every shade of fur is beautiful in it’s own distinct way, but there is something about a soft, gray kitty coat that really pulls on the heart strings.

These lovely cats are everything from short-haired and sweet to feisty and fluffed up, and each one of these breeds has so much to offer feline-loving folks when it comes to personality and pizzaz. 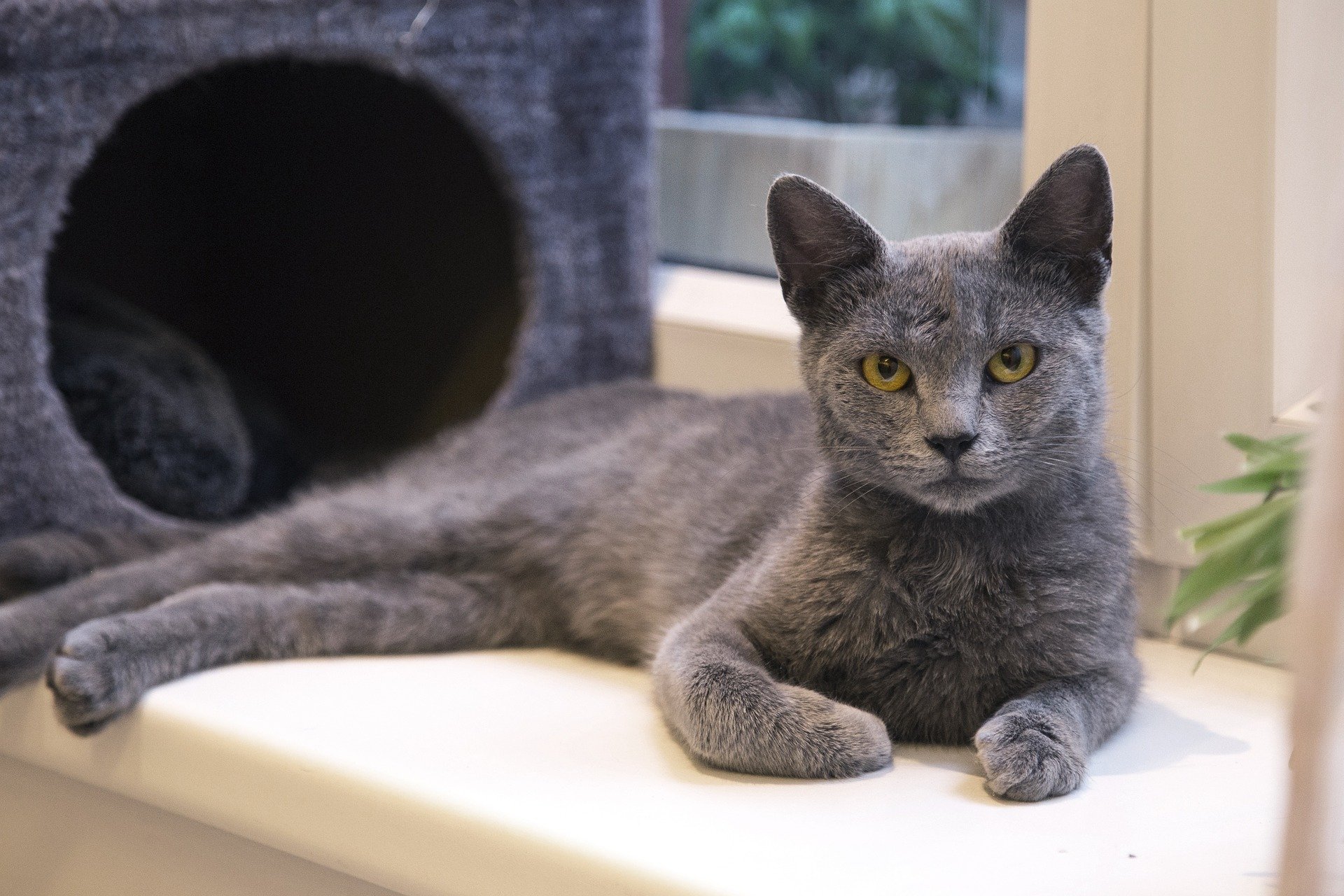 These silver felines are popular all over the world for good reason—they’re intelligent, sweet-natured and playful, plus they’re beautiful to look at. Their dense, plush coat is almost blue (hence the name), and their eyes are generally green and bright.

They don’t require a lot of grooming, and are well-suited for families with allergies because they don’t tend to shed much at all—which is surprising considering they’re actually sporting a double-coat. They do need plenty of attention and love from their family members though, and they’re especially fond of a good game of fetch!

One quirk to be mindful of—they can be a little nervous and jumpy, so always make sure your Russian blue is comfortable and safe, and give them a regular schedule that’ll keep them feeling secure. 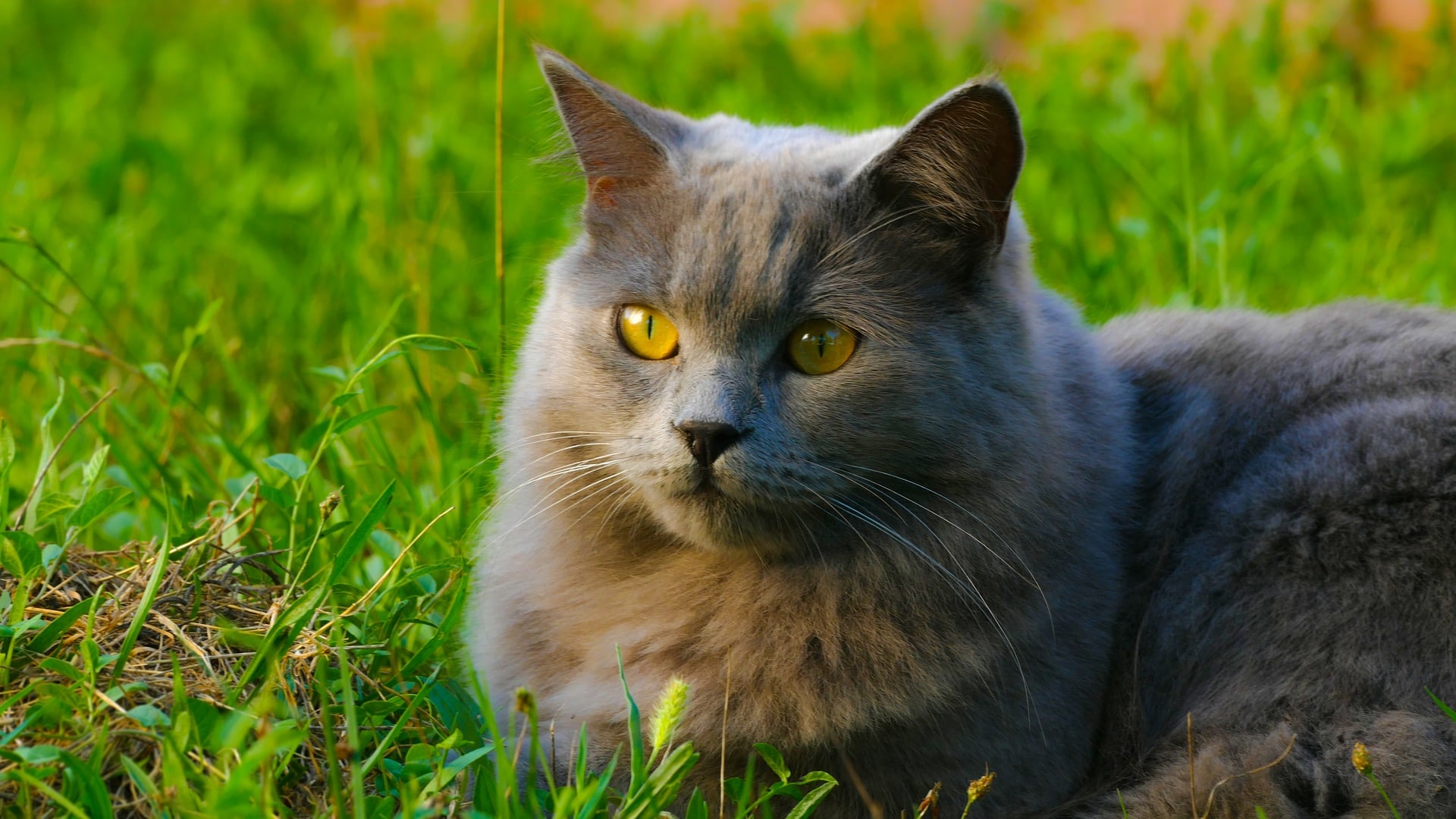 According to The Cat Fancier’s Association, the Chartreux breed may actually have their origins in ancient Persia (though they’ve only been recognized by CFA since the 1980s)—which makes them all the more captivating and exotic. Legend has it that these cats may have arrived at French monasteries with Knights returning from the Crusades, and made themselves at home as vermin-hunters.

That’s not the only interesting thing about this breed! Chartreux cats are also known for their wooly, soft coats (which you should brush weekly), their sweet smile, and super-round eyes that’ll get them out of any jam. They also are fairly quiet, making a chirping noise instead of the usual kitty “meow.”

This breed usually finds a favorite family member and attaches themselves to them. But they’re also happy to spend time alone, making them well-suited for families that aren’t home all the time. 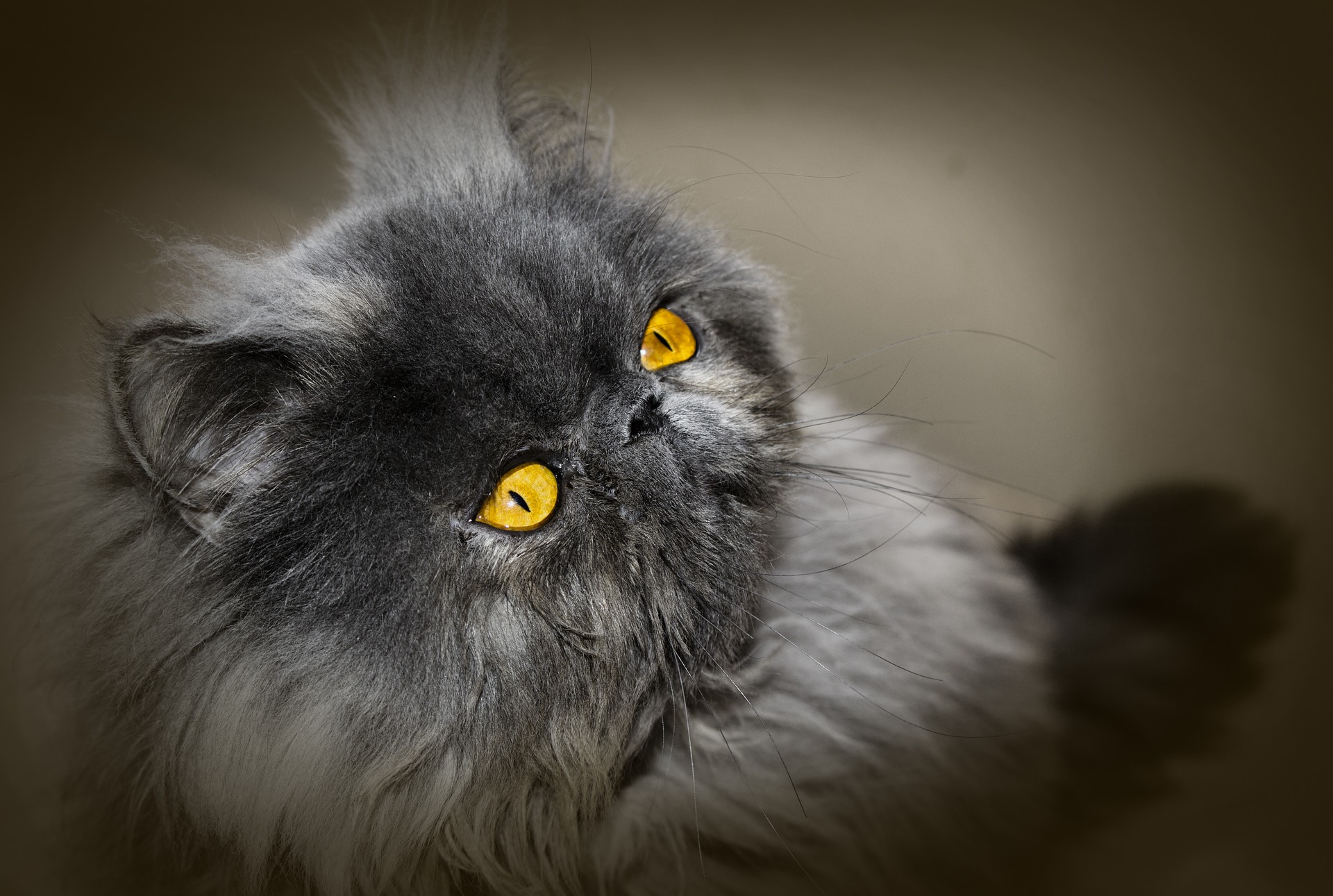 Though this breed tends to be a little high-maintenance in the hair-area—as in you should probably comb them daily to avoid gnarly mats—their glorious gray coat is well worth the hassle.

But don’t worry, they’re not all fluff! These felines are also known to have sweet, gentle personalities, and therefore make ideal pets for households who can appreciate their low-activity level (lap cat, anyone?).

Just make sure to get them comfortable with bathing and brushing from an early age and you’re sure to have a devoted friend for life. 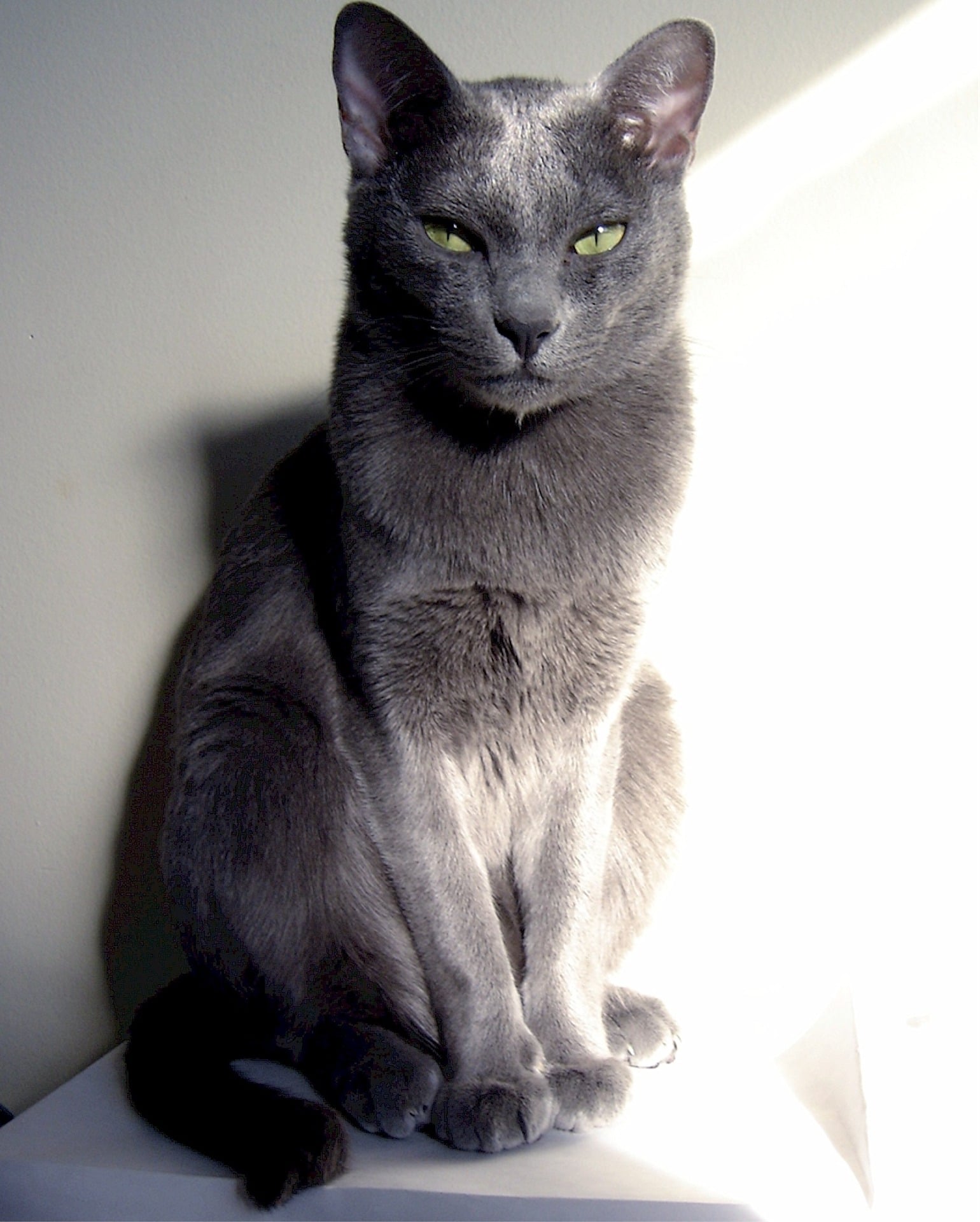 These shiny, silver cats are considered incredibly lucky in Thailand (where they’re known as Si-Sawat), which isn’t too surprising considering all of their wonderful traits. Not only are they known to play fetch and take to leash training, but they also love to cuddle!

They’re very gentle and patient with children, making them ideal family felines (so long as any other furry creatures in your household understand that they’re the boss.) Plus, Korat cats are pretty—with heart-shaped faces, luminous gray locks, and green eyes that’ll steal your heart. 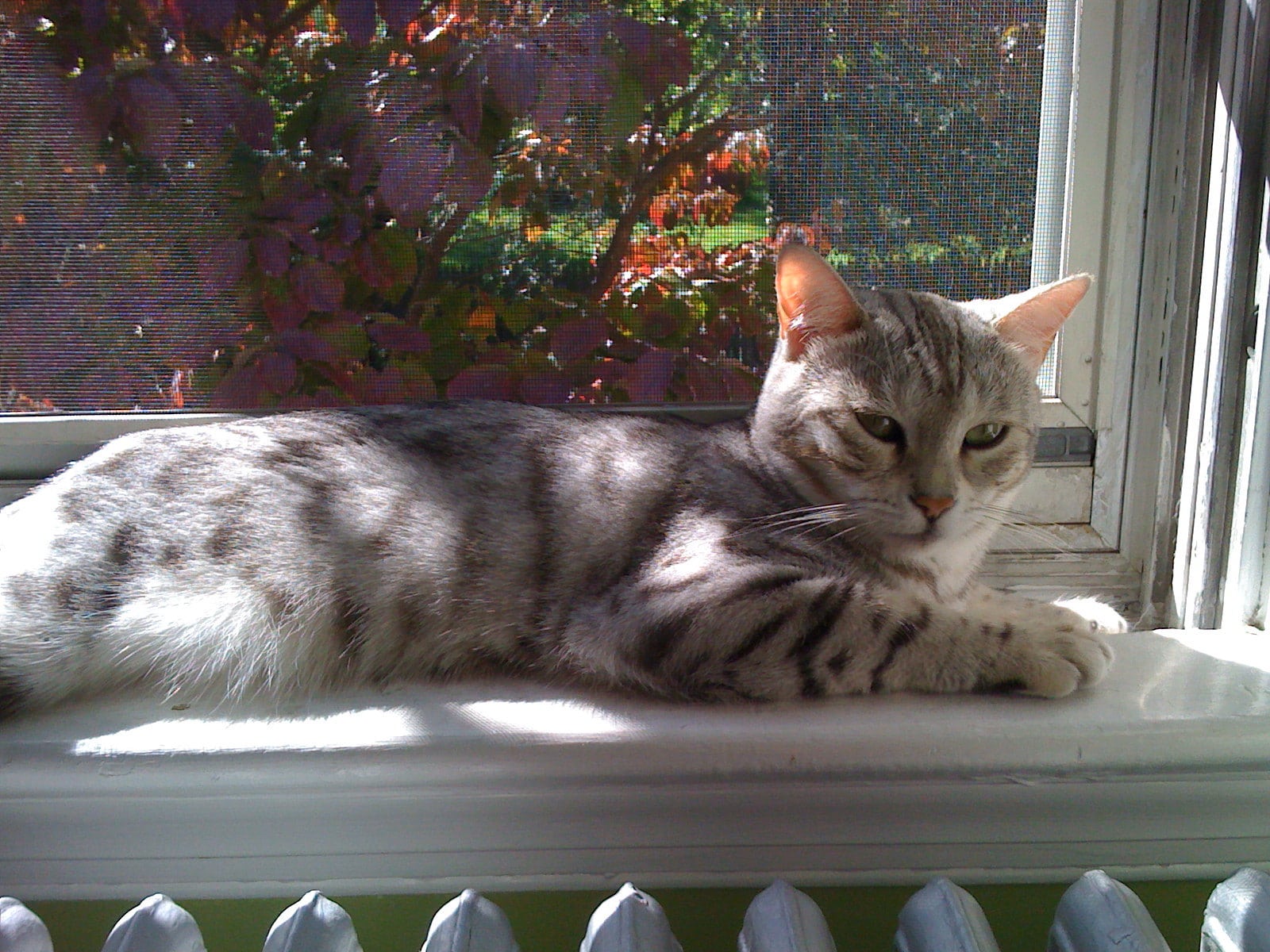 These kitties aren’t that common, but they’re so stunning that we thought they deserved a shout-out. The Egyptian Mau’s coat is naturally spotted—sporting short, soft hair that comes in a leopard-like pattern.

Though they look fancy and regal, these cats are actually super-friendly and sweet, and they love playing games with their favorite humans. A few other interesting tidbits? They prefer living in warm temperatures, are incredibly fast runners, and have a longer gestation period than other breeds. 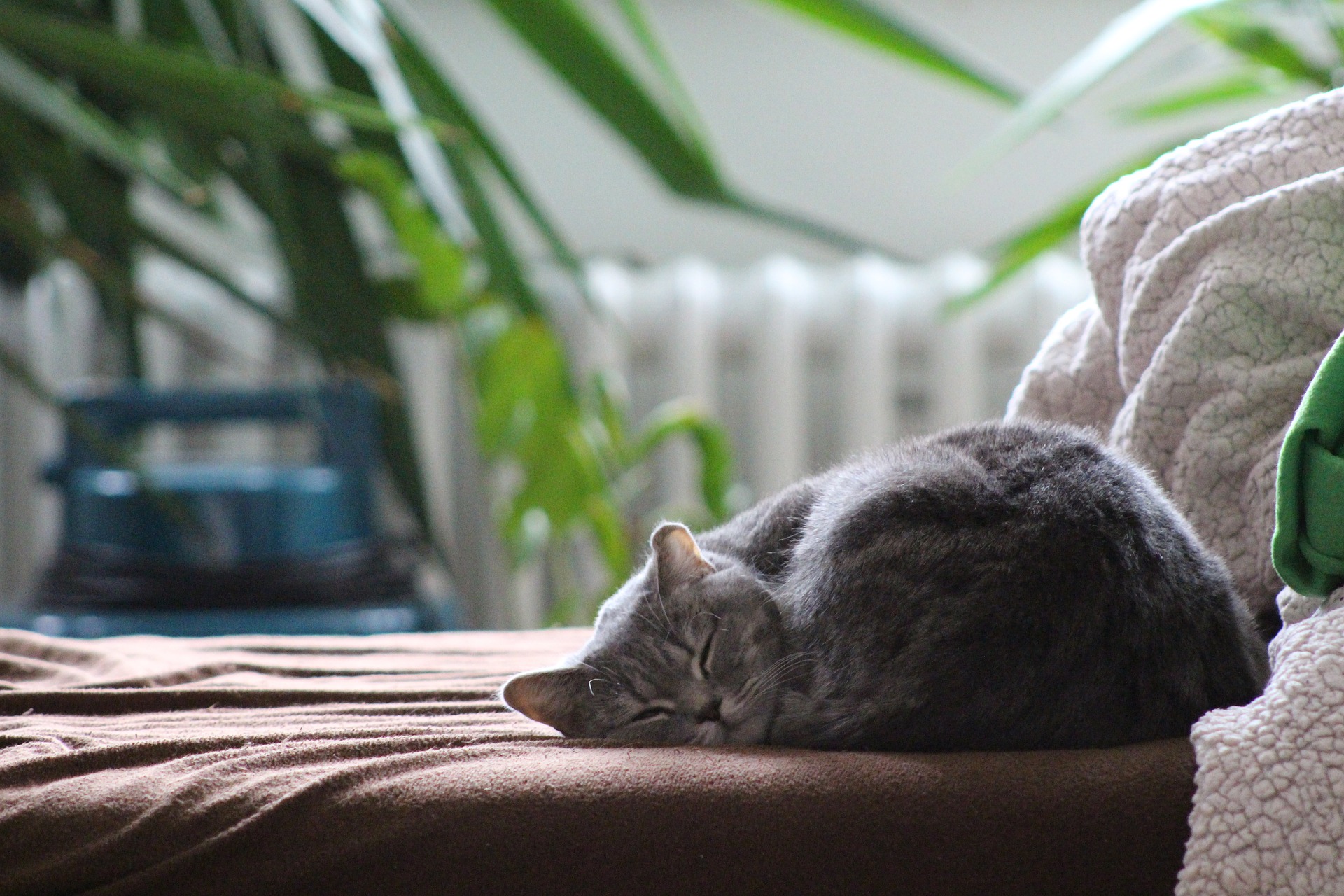 An adorable Brit with silver locks? What more could you want in a kitty! British Shorthairs are known to be well-mannered and mellow—and they’re always down for a cuddle with their favorite humans.

Often compared to a soft, silver teddy bear, these cats don’t totally mature until they’re around 3 years old, at which point they’re usually a pretty good size (up to 17 lbs.!).

This breed almost became extinct during World War II, but they’ve managed to bounce back and have continued to gain popularity thanks to their plush, gray locks, sweet nature, and devotion to family. 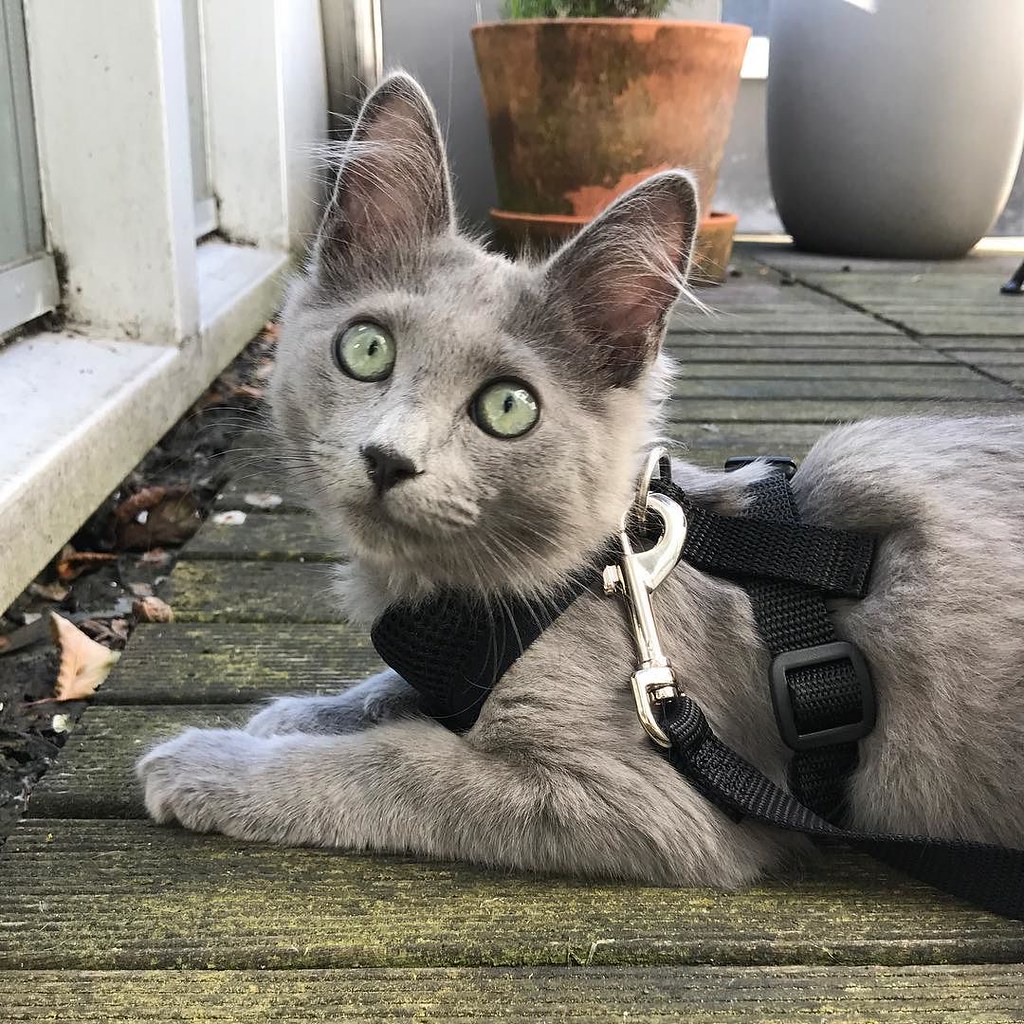 With a name that translates to “creature of the mist” in German, this breed is truly something special. Though a little shy and reserved until they get comfortable with a person, they’re known for their staunch loyalty once you’ve earned their affection.

Closely related to the lovely Russian Blue breed (from up above), these kitties boast soft, silver, double-coats, and should be brushed every week or so to keep them from tangling.

Known to be agile, they love to climb up into those high nooks and crannies—so make sure you have plenty of spots for them to explore.