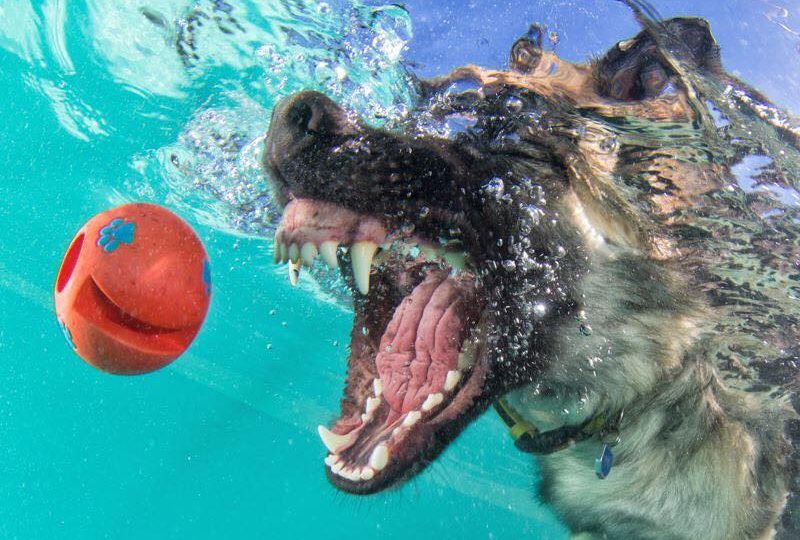 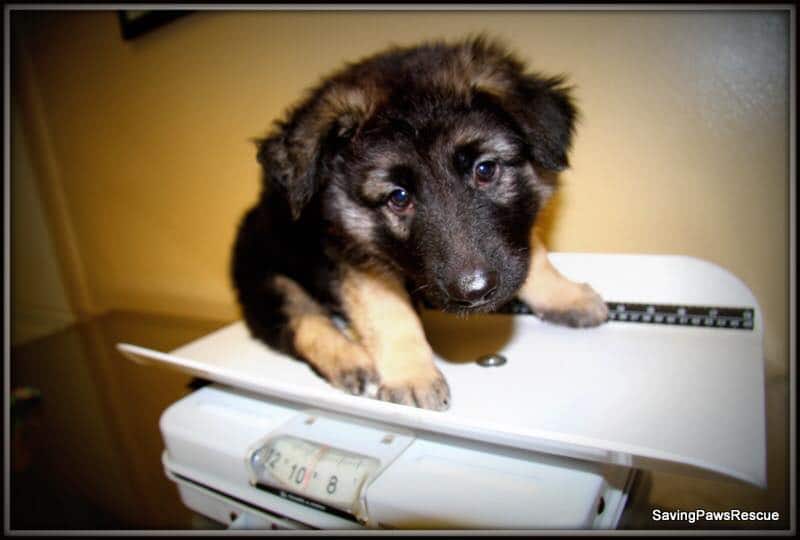 After Hutch was adopted, his adopter Michelle Forster wanted photos to prove that nothing could stop him — even though he has what is unofficially known as “straight leg syndrome.”

Discarded at the Pound

Hutch and his litter mate were discarded at the Phoenix pound in June 2013. Thankfully, Trish Houlihan, founder and director of Saving Paws Rescue AZ, was there to save them just before being euthanized. At seven weeks old and six pounds, she realized that Hutch had a straight leg that wouldn’t bend. 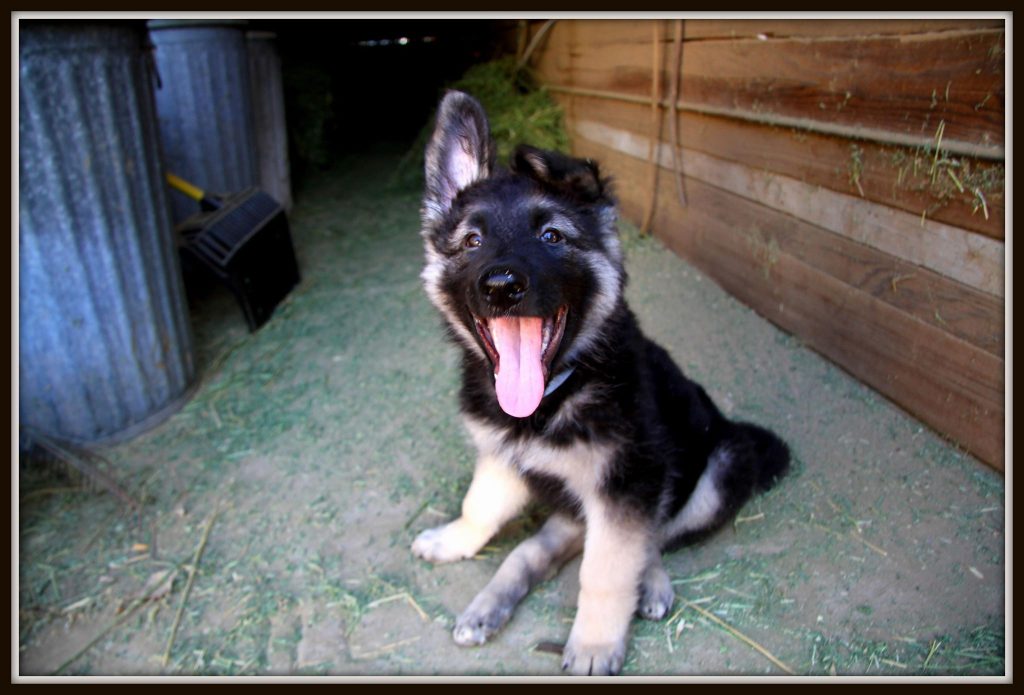 At first the vet thought that Hutch’s leg was broken. Forster, a volunteer, was asked to foster Hutch and was told to warm up, massage and bend Hutch’s leg, but a week later nothing changed. After the vet suggested amputation, Forster started researching. They tried another vet. “I wanted to fight for his leg and Trish agreed,” Forster said. The second vet also did X-rays. “We were told we could either remove the leg or he would have issues down the road with his hips, etc.”

A third vet agreed that since Hutch used the leg, they would monitor him.

Forster found a Facebook support group with owners who had dogs with the same straight leg issue, of which at this time there is no known cure. She started water therapy with Hutch. After four months, Forster asked to adopt Hutch. “I had a senior dog named Anke who was only given three months to live, and they were inseparable,” she said. “None of my other dogs wanted anything to do with Hutch except Anke. She ended up living 2 years because of him. He just gave her hope.” 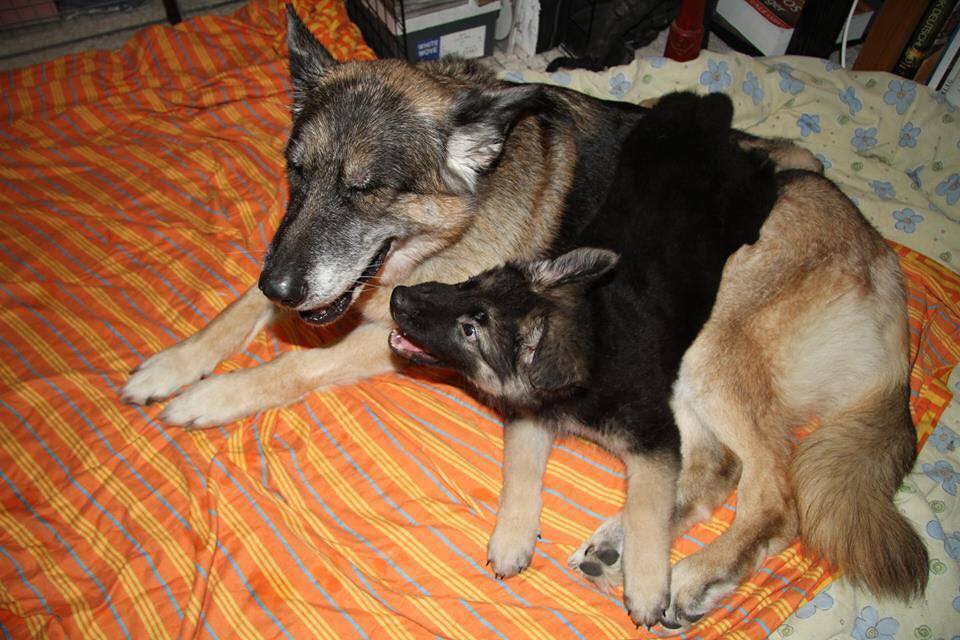 Although at first Hutch was not excited about swimming, the more Forster took him in the water, the more he enjoyed it. “He would swim year-round if he could,” she said, adding that it’s the best therapy for him. Hutch drags his straight leg when he walks so he wears a boot. “But with swimming, he acts as if he can do anything.”

In 2016, when Forster read that one of her favorite photographers, Seth Casteel, known for his books Underwater Dogs and Underwater Puppies, was going to be in Phoenix and that she could purchase a photo session, she messaged Casteel. She explained Hutch’s situation and that she wanted to get on his schedule. At first, Casteel was concerned that Hutch wouldn’t go underwater since German shepherds typically are not known as water dogs. Forster convinced Castel and secured a spot. 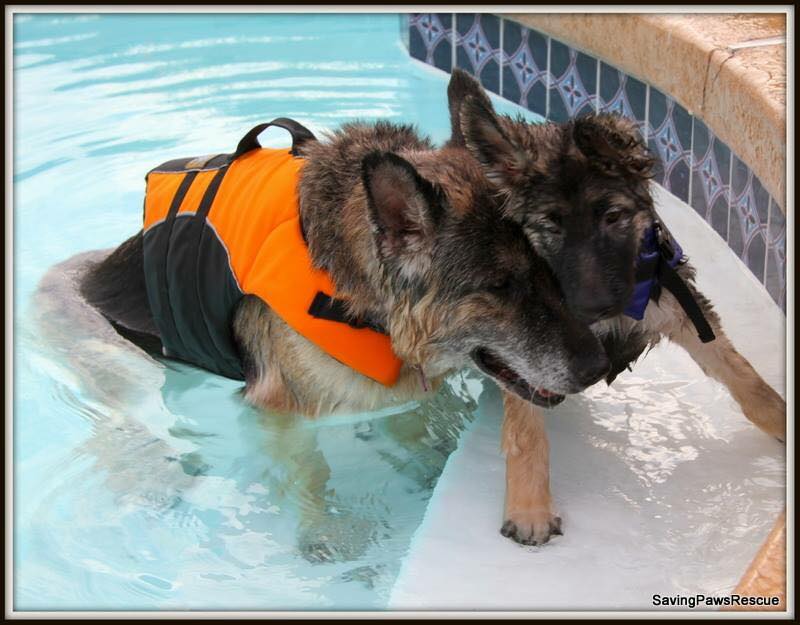 “The first thing I worry about is safety for everybody and what’s the situation with his leg, but after a couple minutes there was no concern,” Casteel said. “He’s an awesome dog.” Casteel got 20 shots of Hutch, which is twice as many as he usually gets. 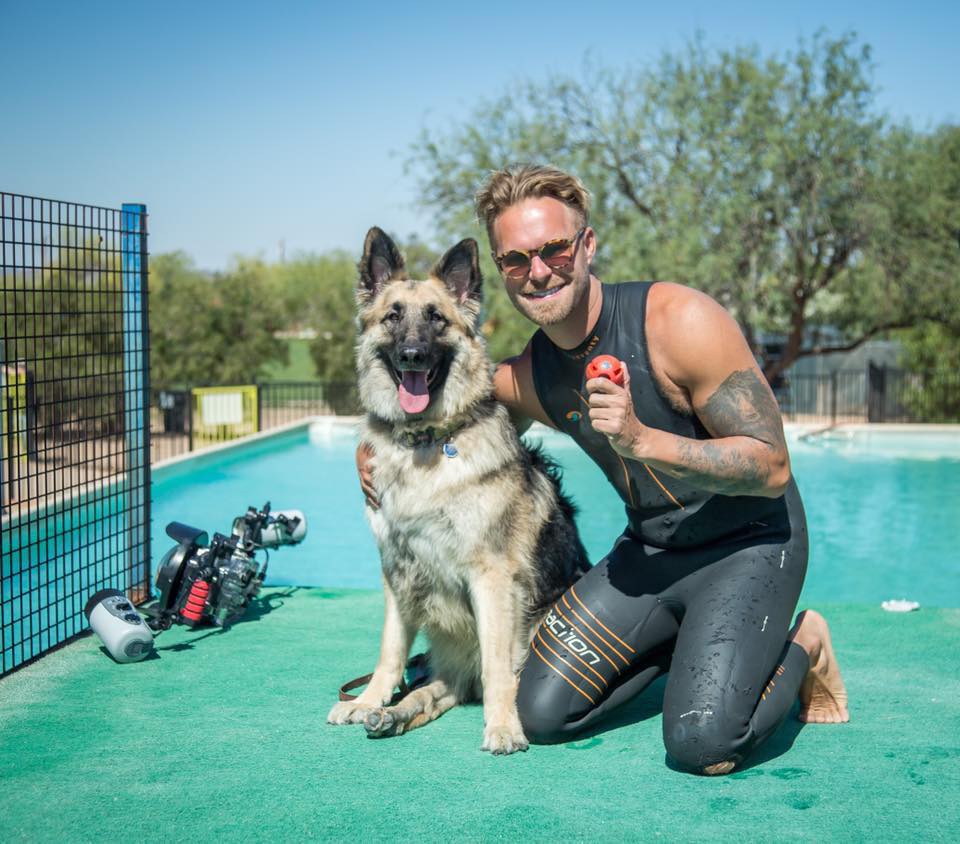 “The one thing I love about dogs is their resilience and positive attitude despite their circumstances,” Casteel said. “Hutch has straight leg syndrome, but it doesn’t stop him and it doesn’t get him down. He was in the pool having a blast just like any dog.”

The first steps are the hardest 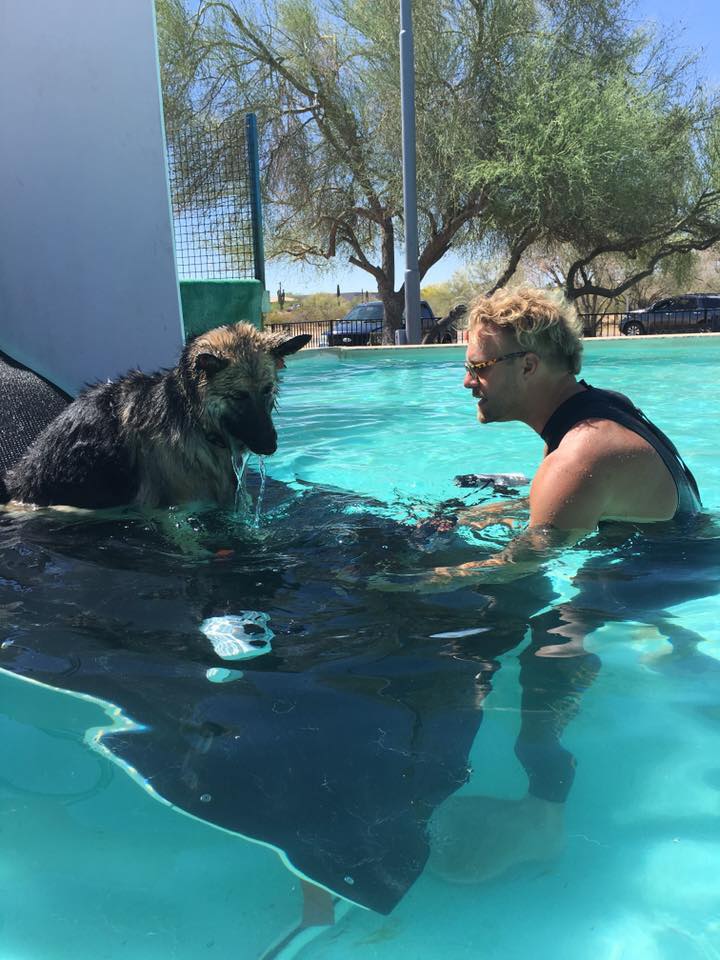 Have ball, will swim 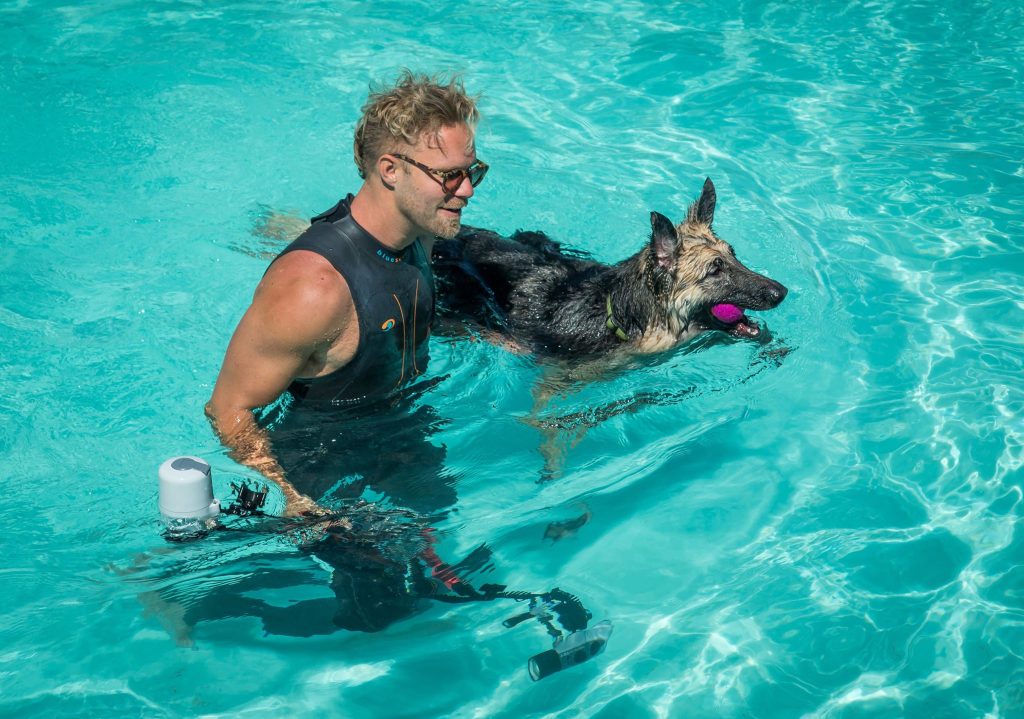 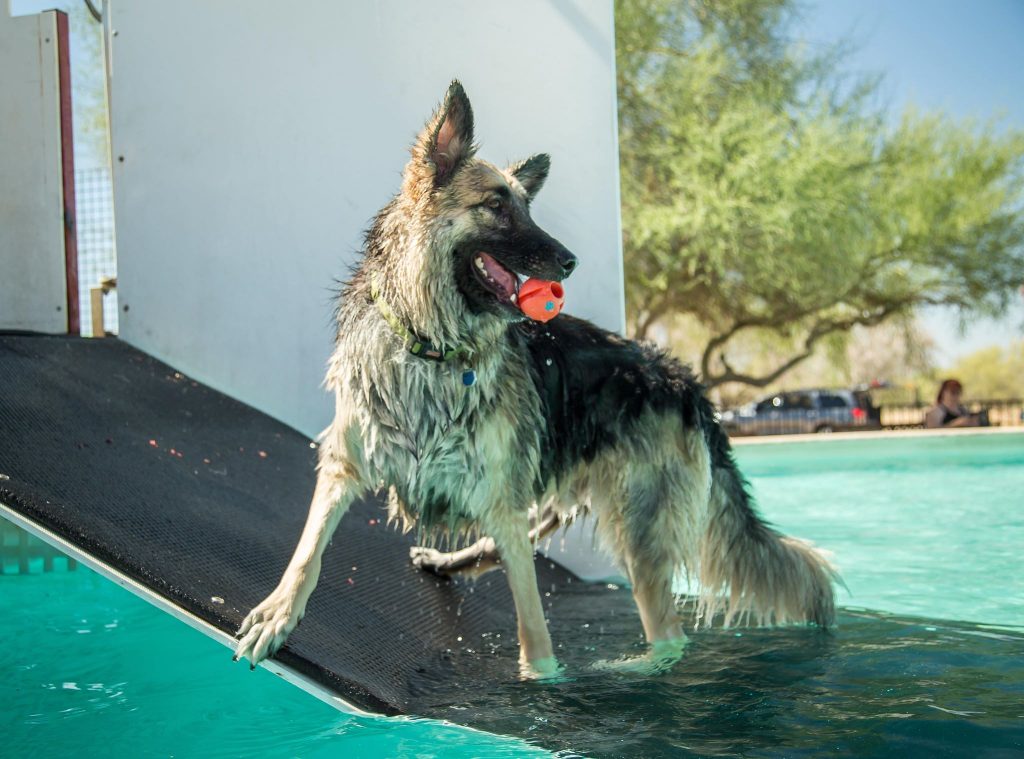 Diving deep for the ball 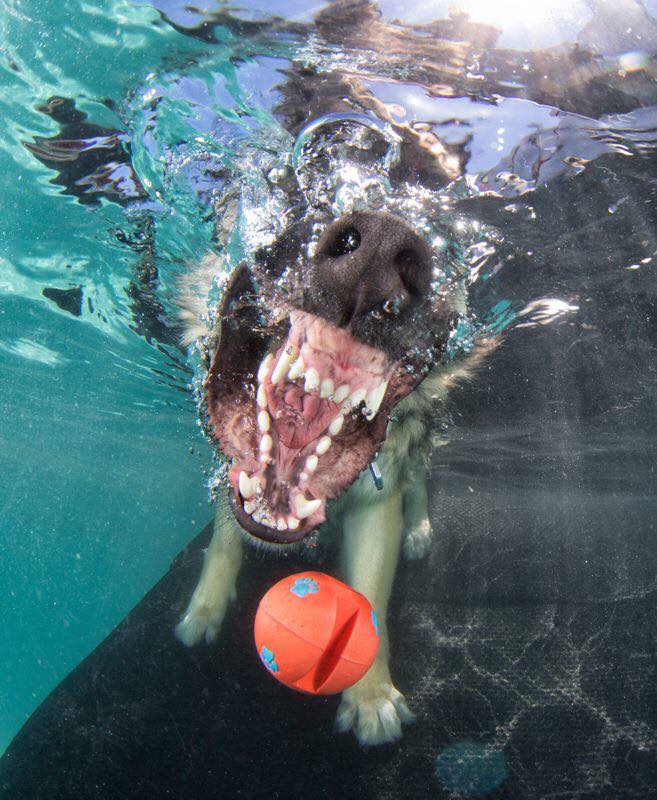 Don’t even try to take it away 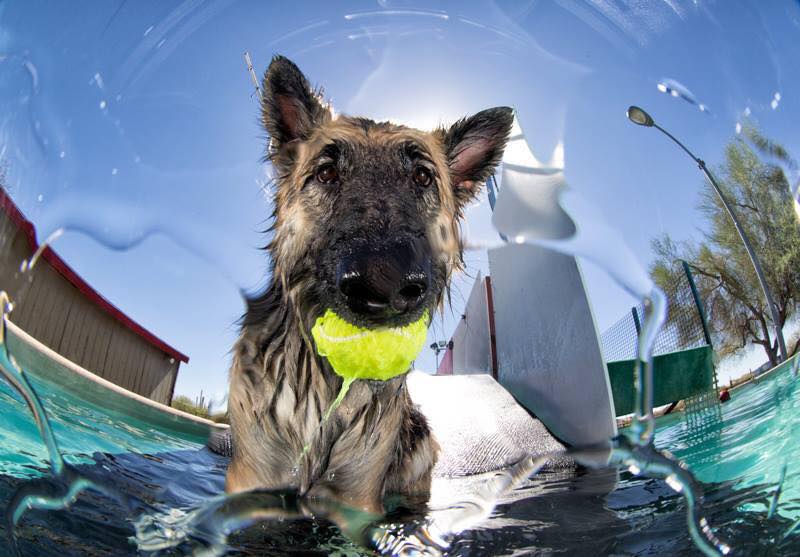 So close to the prize 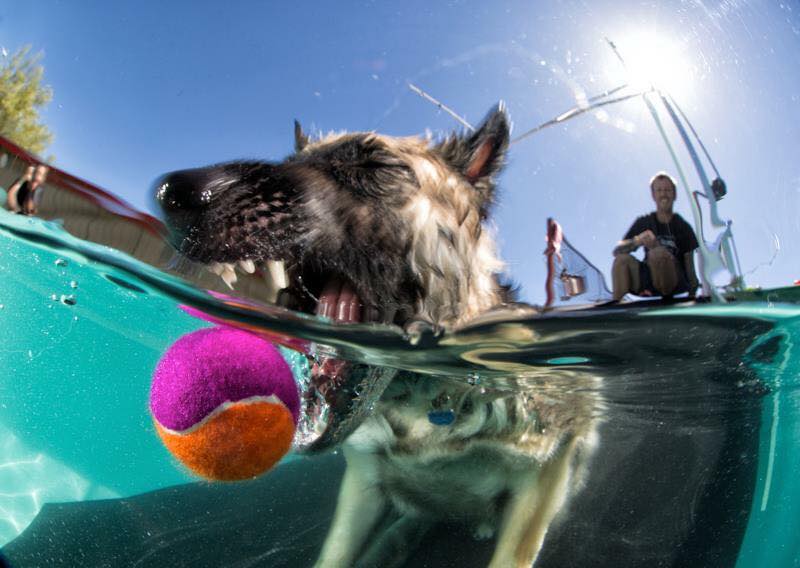 Two balls are better than one 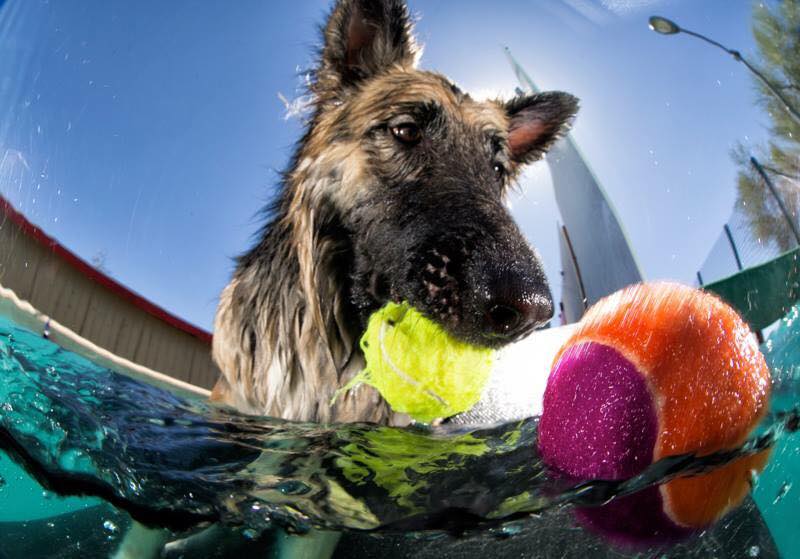 This is heaven on earth 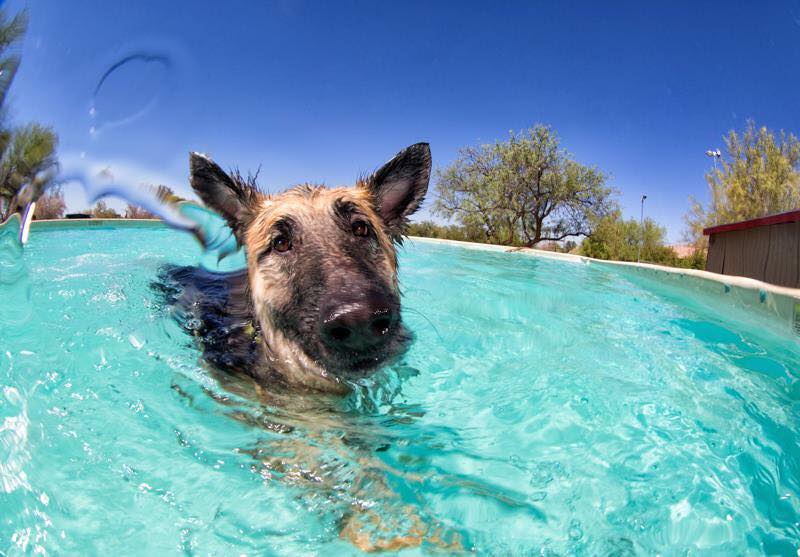 Today Hutch is doing great. He can go on shorts walks. He loves the ball, and he even likes to run, which is easier for him than walking, although it’s more like a hop.

Several people thought Hutch should be put to sleep because he wasn’t a “normal” puppy. “But look at him now,” Forster said. “He was able to have a photo shoot in a pool by a famous photographer.” 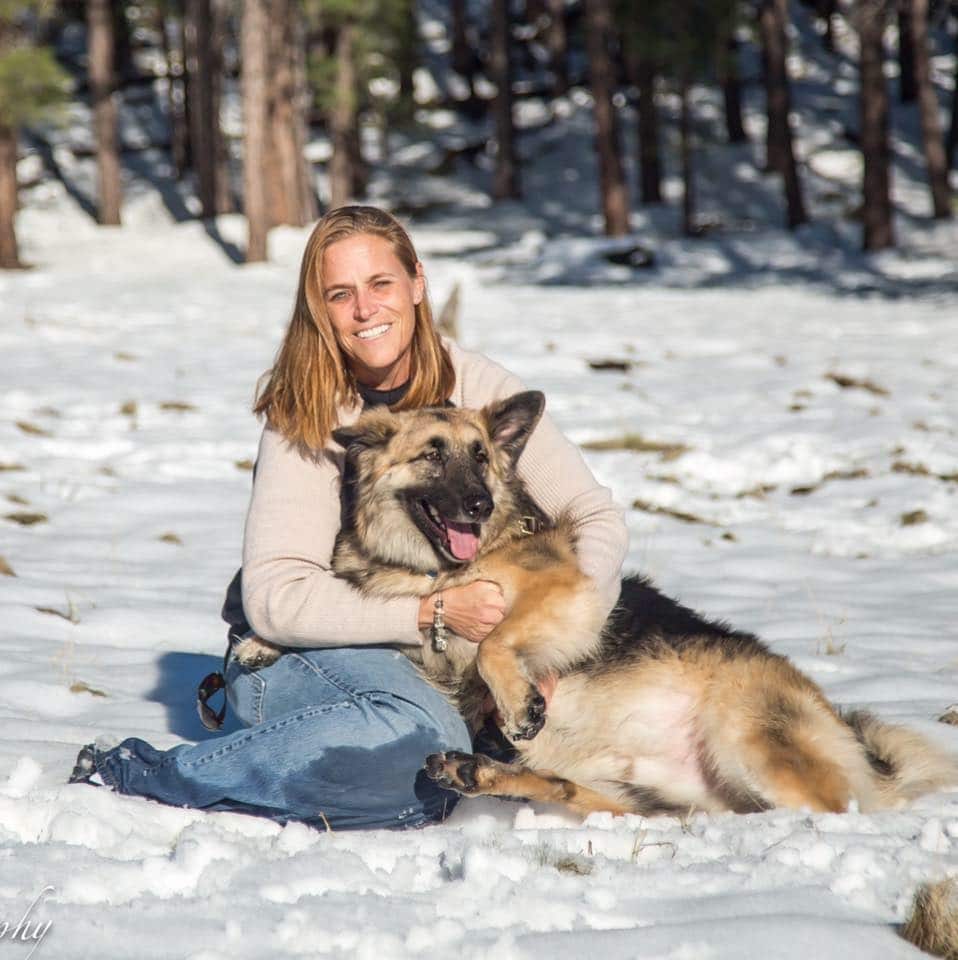 Although cases of straight leg syndrome are prevalent in German shepherds and other breeds, the information is scarce. Some believe it’s genetic or possibly related to Neospora Caninum. If you’ve got a shepherd with the condition, a good place to start gathering information is the Straight Leg Shepherds page on Facebook.