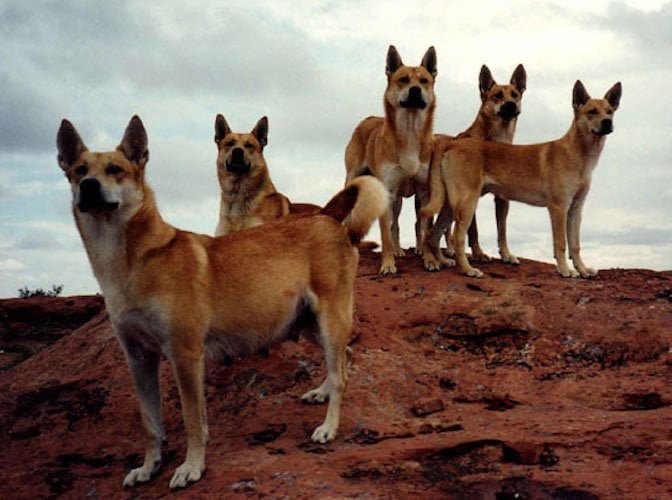 Most of the dogs we’re familiar with trace their origins overseas—the pug from China, the Akita from Japan, the French bulldog, or the Borzoi from Russia. Is there such a thing as a truly American dog? Why, yes. But while certain breeds originated in North America, there’s only one wild dog we can claim: the Carolina Dog.

The Carolina dog looks an awful lot like the Australian dingo, and is sometimes called the “American Dingo” or “Dixie Dingo” because of its Southern roots.

These dogs can still be found living in the wild in parts of the southern U.S., but they’ve also become beloved pets to many a happy dog owner. 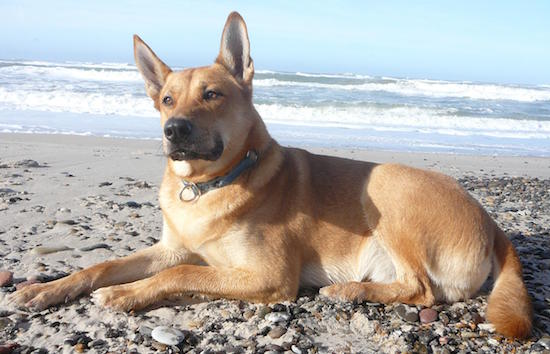 The Carolina Dog wasn’t known as a specific breed until the 1970s, after Dr. I. Lehr Brisbin, an ecologist at the University of Georgia, took note of the dogs while conducting research at a site near the Savannah River.

Brisbin initially thought the dog was just a stray, but he stopped by the pound and noticed a number of similar dogs being held there. He began to wonder if there were more such dogs roaming the woods—and there were.

Dr. Brisbin wasn’t the first human to notice the dogs, but his observations did eventually lead to a formal breed designation. (You can now register a Carolina Dog with the American Rare Breed Association and the United Kennel Club.)

Earlier, in the 1920s, Harvard College’s Museum of Comparative Zoology published an article titled “Dogs of the American Aborigines.” The author, Grover Morrill Allen, called the Carolina Dogs “Larger or Common Indian Dogs.” He theorized the dogs were descendants of ancient breeds from Asia that traveled with nomadic tribes across continents over the Bering Strait. This theory is generally believed to be true.

Maybe the Carolina dog isn’t “truly American,” after all, whatever that means. But America is the land of immigrants. And after 14,000 years adapting and thriving in the pine forests of what is now Georgia and South Carolina, the Carolina dog is more American than most of us. 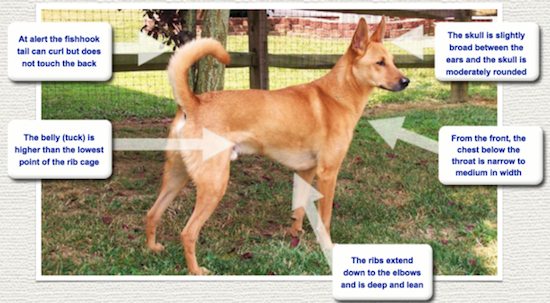 These medium-sized dogs resemble a small jackal, wolf, or sighthound. They’re one of few breeds that have not been customized, shaped, and bred to exhibit specific traits. Rather, their physical characteristics have evolved naturally to help the dogs survive best in their environment.

The Carolina Dog wears tall, alert ears and a tail that curves upward towards the back. They’re thin, lithe, and athletic, with a medium to long nose and a slightly broadened head. They come in a variety of colors, including fawn, red ginger, buff, black, black and tan, or piebald.

Carolina Dogs tend to be somewhat shy and suspicious, possibly because they haven’t been overly bred for domestication. This makes them skilled guard dogs. But their natural characteristics have also programmed them for loyal companionship.

The Carolina is a pack dog, so they adapt well in a social group with dogs and humans. They do possess a prey-drive, but they’re not aggressive dogs. They bond and play well with children, and they’re clean and intelligent.

They also lack most of the genetic health problems that many specialized breeds experience.

The Primitive Magic of the Carolina Dog 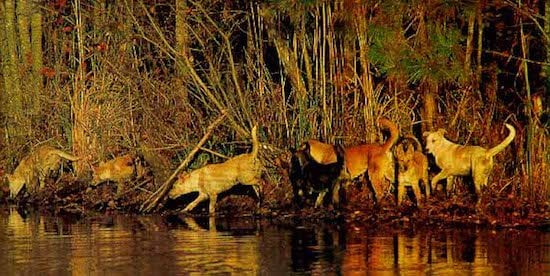 Dr. Brisbin, who first noticed the dogs back in the 70s, thought it wise to study the dog’s mitochondrial DNA to learn more about where the dogs originated.

He later wrote, “If they were just dogs, their DNA patterns would be well distributed throughout the canine family tree. But they aren’t. They’re all at the base of the tree, where you would find very primitive dogs.”

In an age where dog owners can select a dog of nearly any shape, size, or demeanor—dogs molded and sculpted through decades (or centuries!) of selective breeding—the Carolina Dog offers a look at our favorite pet in its most natural form.

While some Carolina Dogs show connections to dogs in Korea and other parts of Asia, further DNA studies show that 58 percent of Carolina Dogs carry a genetic trace that can be found in dogs all over the world. So, if you’re wondering what early wild and domesticated dogs looked like, the Carolina Dog may be the closest approximation still out there.

I love to take her collar off and let her run through the woods uninhibited. She looks perfect that way. Like she was made for it. – Cy Brown

That ancient bloodline is part of the draw for many Carolina Dog owners. One eloquent owner, Cy Brown, wrote about his dog Penny in a piece for The Bitter Southerner. Here, he describes her in her most native environment—the piney forest of the South:

“I love to take her collar off and let her run through the woods uninhibited. She looks perfect that way. Like she was made for it. Without the jingle of her dog tag, it’s even easier to lose her in the forest. Eventually I’ll catch a glimpse of her standing on a rock or log, ears perked up, chest poked, tail in a perfect fishhook curve. There’s something majestic and primal about it. Wild. She’ll look at me with those amber eyes the same way she did at the animal shelter, then disappear again in a silent flash. When I’m ready to leave, I’ll open my car door, say her name, and she will pop out of the woods, almost out of nothingness, and into the passenger seat. … God, what a dog.”

To learn more about other “primitive” dog breeds, check out our article on village dogs around the world.