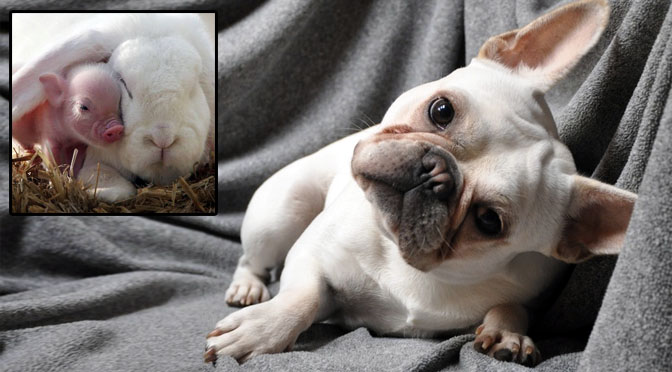 French bulldogs are having a moment. And why not? Some people describe the Frenchie as a piglet with bunny ears. They aren’t far wrong.

These roly-poly little balls of sass are charming yet obstinate, sweet yet murderous. A Frenchie can go from snuggles and smiles to tearing around the house, destroying your favorite things, in the blink of an eye. Luckily, their energy winds down pretty quickly and they go back into low power mode. Until they’re ready to strike again!

The French bulldog is a companion dog through and through. They command all of your attention, all of the time, whether they’re alert or snoring.

Last year the AKC ranked Frenchies as sixth most popular dog in the United States. Watch the videos below to see why they’re becoming one of the top dog breeds in america.

Smarter than the average pup