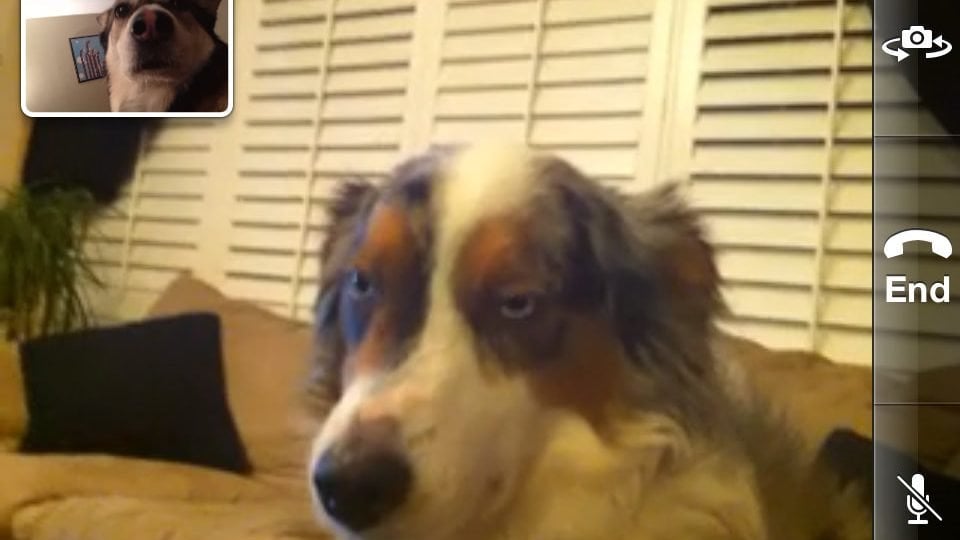 Have you ever FaceTimed with your dog? It’s a great way to make face-to-face contact while you’re out of town and your dog is with a sitter.

Your dog almost certainly recognizes your voice. But sometimes, it’s hard to tell whether or not they know what’s on a screen. Does your dog recognize you on a phone or tablet screen?

First things first: your dog probably does recognize your face in real life and in still photographs. But when images start moving, they get confused. One reason? “Flicker sensitivity.”

Flicker sensitivity is the rate at which an animal’s eye can record images and perceive motion. According to Dr. Stanley Coren, writing for Psychology Today, dogs have a higher flicker sensitivity than humans.

When you watch a video chat on your phone or tablet, your visual receptors process increases and decreases in brightness, and your brain identifies the person (or dog) in frame.

Dogs, with their higher flicker sensitivity, can’t pick out specific images in all those shifts in brightness and movement. It’s all a bunch of jerky lights and shapes to them.

Dogs take in visual information at least 25 percent faster than humans do. That means they’re great at detecting motion (think about how fast your dog whips her head around when she catches sight of a running squirrel)! But they have a harder time identifying moving images on screen.

Dogs recognize faces in real life and in still photographs, but have a harder time identifying moving images on screen.

A post shared by The Adventures of Wally & Moo (@margot_the_greyluki)

Dogs’ eyesight evolved for hunting, so they’re better at seeing movement from a distance, and they have strong peripheral vision. In other words, they’re good at catching the basic, big-picture idea of the object or scene in front of them. But small screens and compressed data mean dogs can’t identify faces on phone or tablet screens.

If you have a jumbo-sized, high-def television monitor, your dog may be able to recognize you on a Skype call! But it’s unlikely they’ll know exactly what they’re seeing if you show them a person on an iPhone screen.

Even if your dog doesn’t recognize your face on an iPad, they may recognize your voice. Studies show that dogs recognize individual voices, and are far more responsive to tone of voice than specific words. So if you call your dog on the phone, remember to use a calm, positive voice.

However, as with images on a smartphone or tablet, sound through these devices is compressed. Also, dogs’ brains don’t work the way ours do; sometimes, they can’t connect the face and voice on screen with the flesh and blood human they love. Even the best-hearing dogs get confused by a disembodied voice coming from a device.

Of course, on-screen and audio recognition vary from dog to dog. Some dog sitters swear their canine clients perk up when they hear their owner’s voice over the phone! It all depends on the technology and the specific dog.

Smell Is Stronger Than Sight

If you’re going out of town, you can still set up a Skype date with your dog. Even if they don’t recognize you onscreen, you’ll get the satisfaction of seeing their cute, fuzzy face!

But offer your dog another option: leave your scent behind when you go out of town.

Dogs have amazing noses, with 44 times more olfactory receptors than humans. Appeal to their strongest sense, and remind them of you while you’re gone, by leaving behind a scented item from home. Bedding, a well-worn sweatshirt, or even an old shoe gives your dog a sensory reminder of their person until you’re reunited.

The bottom line is, most dogs can’t recognize faces on phone screens or tablets. But that doesn’t mean you shouldn’t FaceTime or Skype with your pets while you’re out of town! It won’t harm them, and they may even recognize and be comforted by the sound of your voice. Plus, you get the benefit of seeing their adorable face while you’re away. It’s a win-win for you and your dog. 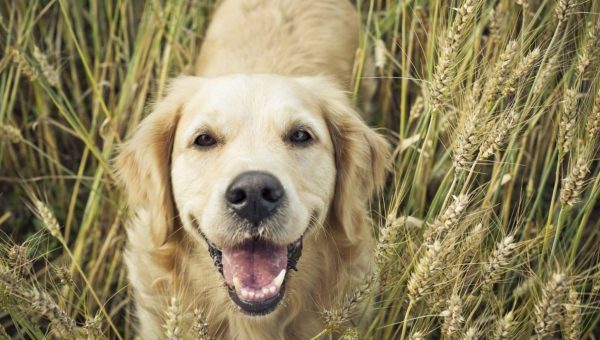