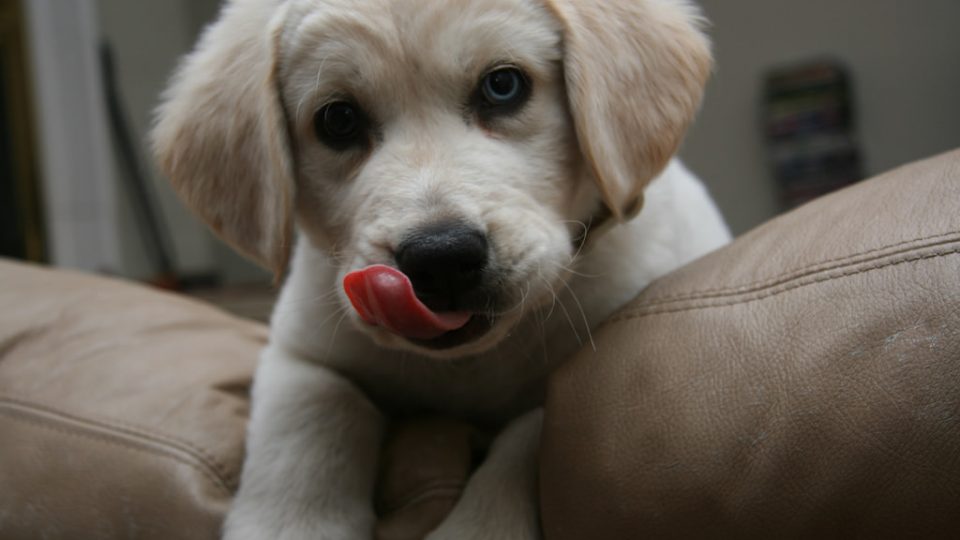 Tell me if this sounds familiar: you’re sitting comfortably in one room when you hear your dog retching one room over. You try to reach her in time, but just as you walk through the doorway, you realize you’re too late. Not only has your dog vomited, but she’s in the process of eating whatever she just expelled.

Us humans may find the practice of puke-eating disgusting, but for dogs, it’s a normal behavior. In fact, it’s not always limited to their own upchuck: some dogs eat cat vomit, too. Believe me, I speak from experience!

Read on to learn all about why dogs eat their own vomit.

The Difference between Vomit and Regurgitation

Before we get into why dogs eat vomit, let’s talk about what vomit actually is. I know what you’re thinking: dog puke is dog puke. But it turns out, there’s a difference between vomit and regurgitation.

Vomiting is the ejection of contents of the stomach and upper intestine. In medical terms, it’s an active process, meaning there’s some warning, and your dog’s behavior and body language will change when she vomits. Signs of vomiting include:

Regurgitation is is the ejection of the contents of the esophagus (the narrow, muscular tube that moves food from the mouth down to the stomach). It’s a passive process, meaning it happens quickly and with relatively little change in behavior and body language. Dogs typically regurgitate immediately after eating, and without much warning (source).

Both vomit and regurgitation typically contain food. In vomit, the food will be partially-digested, and may be accompanied by yellow bile. Regurgitation, on the other hand, is composed of undigested food that never made it down to the stomach.

Vomit Smells and Tastes Delicious (To a Dog)

So, why do dogs eat their own vomit or regurgitation? Sure, you wouldn’t eat food that had been chewed and/or partially digested and expelled onto the floor. But from your dog’s perspective, that regurgitated mound of wet kibble is almost as good the second time around!

Your dog eats her own vomit because of her incredible sense of smell. You may look at a pile of dog puke and think, ewww. But your dog smells the same pile of puke, recognizes all the food particles it contains, and thinks, yum.

You may notice that sometimes your dog gives vomit a sniff and doesn’t eat it. Whether or not she dives in may have something to do with how digested the contents of her vomit are. If the food is still relatively whole, it’s more appetizing. If the food is broken down, or if the vomit contains mostly bile, it may not seem so tasty. Of course, if your dog is feeling sick, she probably won’t have any interested in eating more food.

Your dog eats her own vomit because of her incredible sense of smell.

Another theory about why dogs eat their own vomit? It’s in their nature!

Regurgitation is a natural part of the weaning process for dogs in the wild. Mama dogs will chew up their meal and then regurgitate it for their puppies. Think of it as “bridge food” between mother’s milk and solid food.

While regurgitating for young is more common in wild animals (like the mama wolf and her pup in the video above), domestic dogs sometimes do it, too. It’s considered a natural maternal function.

Of course, an adult dog eating their own vomit is different from a puppy being fed by its mother, but veterinary scientists theorize that puke-eating may have its roots in that primal behavior. So when you think about it, it’s kind of cute that your dog eats her own vomit…right?

When to Take Dog Vomit Seriously 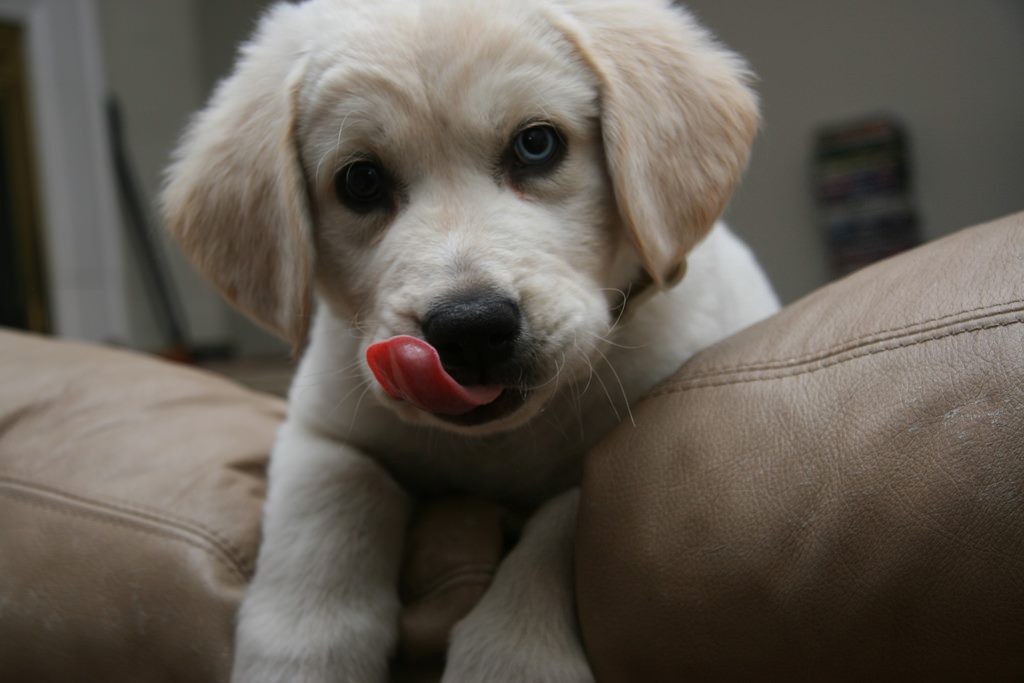 It’s kind of funny (and gross) when dogs eat their own puke, and occasional, isolated incidents of regurgitation or vomiting are normal. If your dog throws up, offer her some water and watch her for a bit. If she maintains her usual energy level and acts like nothing happened, it’s probably nothing to worry about.

On the other hand, chronic or frequent vomiting can be a sign of something more serious. If your dog vomits regularly after meals, it may be a due to a food sensitivity. Chronic vomiting can also indicate more serious gastrointestinal issues, and chronic regurgitation may be a sign of an esophageal condition.

If your dog vomits chronically, or an alarming number of times in a row, get to the vet ASAP. This is especially important for puppies, as vomiting can lead to dehydration very quickly.

There’s no denying the fact that vomit eating in dogs is gross. But it’s a bit less disgusting if you consider it from your dog’s perspective. And  hey, there’s one other benefit to your dog eating her own vomit: she cleans up the mess so you don’t have to!