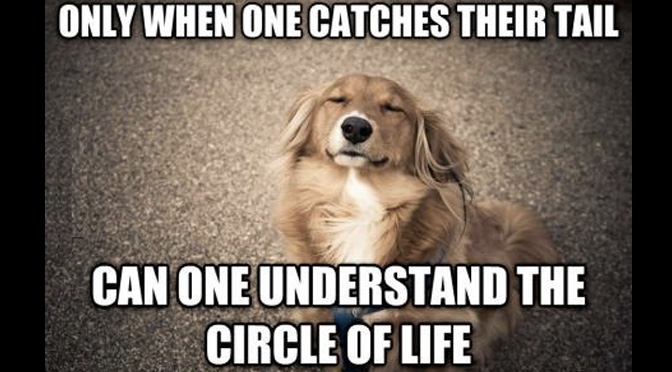 Many dogs dream of the day they catch their tails. For the few, the proud, the tail catchers, the moment of glory can be majestic or hilarious, depending on the situation. This is what success looks like, friends.

This is what happens when a dog finally catches his tail https://t.co/Cm7oFccrC7

Right into the drink

Slow and steady wins the tail

Puppy gets dizzy from chasing tail

You spin me right round, baby

My dog doesn’t just chase his tail, he actually catches it pic.twitter.com/88hs6SOLVT

Who closed that door

Haven’t caught it yet but still trying

This is Burke. He is very curious about his tail and won’t stop until he catches it.10/10 for effort & determination pic.twitter.com/wcuee4wVni