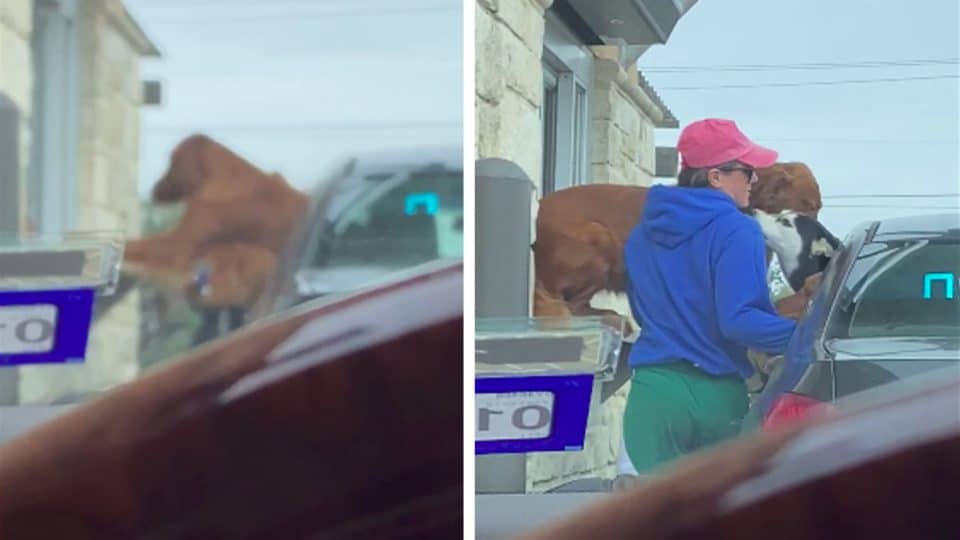 This dog will do anything for his puppuccino. Jump through hoops, sit up and beg, or just jump out of the backseat of the car and into the drive-thru window. Whatever it takes.

Just like some of us humans who can’t get their day started without their cuppa joe, this dog needs his Starbucks fix and he’ll do anything to get it.

If you’re not in the know,  Starbucks will specially make your dog a treat consisting of a small cup of straight-up whipped cream — hold the coffee— for loyal four-legged customers. (Don’t worry, we’ve got a dairy-free puppuccino recipe for the lactose intolerant right here.)

No one knows the puppuccino struggle better than Facebook user Billie Lynn Reed. She was minding her own business waiting in her car at the local Starbucks when she looked up and saw a dog jump out of the car window and onto the ledge of the drive-thru window! The cute doggo could not wait one doggie minute longer to get his treat. 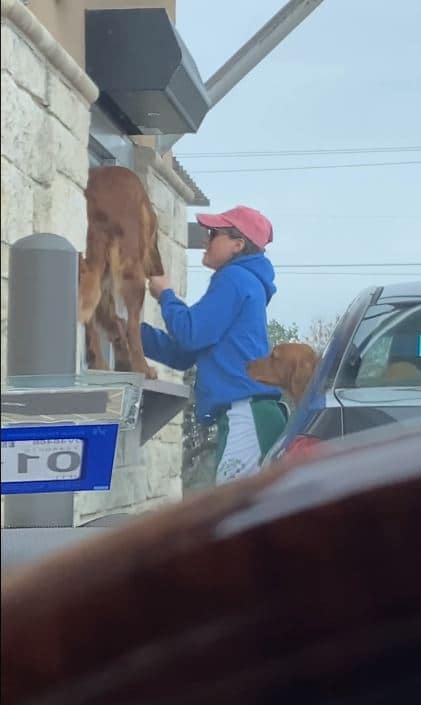 Billie Lynn watched as the dog’s owner tried to pry her dog off the ledge while two other happy and excited dogs in the car weren’t helping the situation one bit. It was quite a funny fiasco. 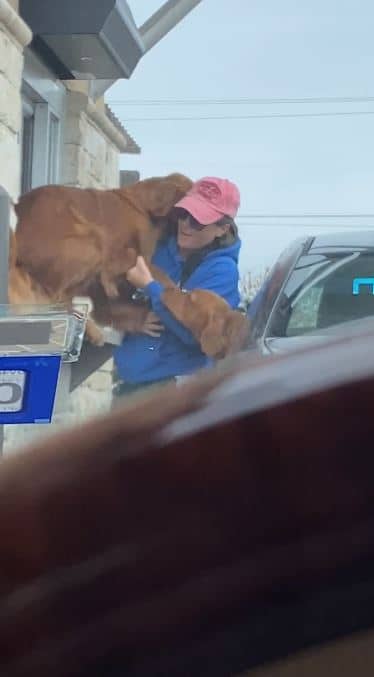 As Billy Lynn wrote: “So there I was in the drive-thru at Starbucks, and I look up, and I was like OMG. Lol, I was rolling ?. So you know I had to record it, or it didn’t happen. ?” 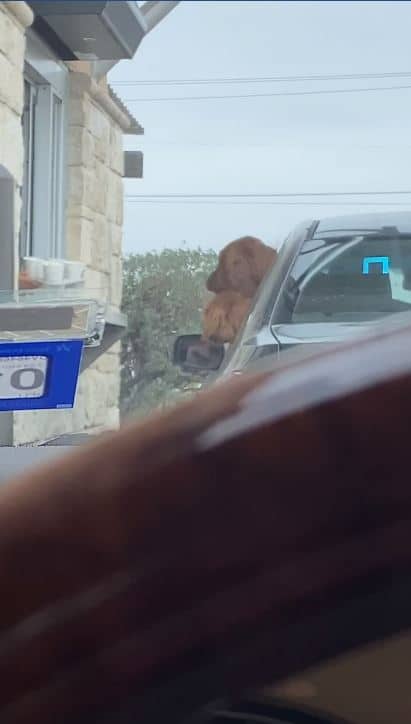 After the dog’s owner finally got her dog into the car, the dog tried to jump out again but was stopped. You can hear the owner firmly say, “No!” to her dog. Then finally a tray with four, count them, four Puppuccinos can be seen. I think we all know what happened next.

As of the writing of this story, the video was viewed over 5 million times. Do you even know how many Puppuccinos that is in dog years? We sure don’t, but we know we definitely want to watch this video one more time.