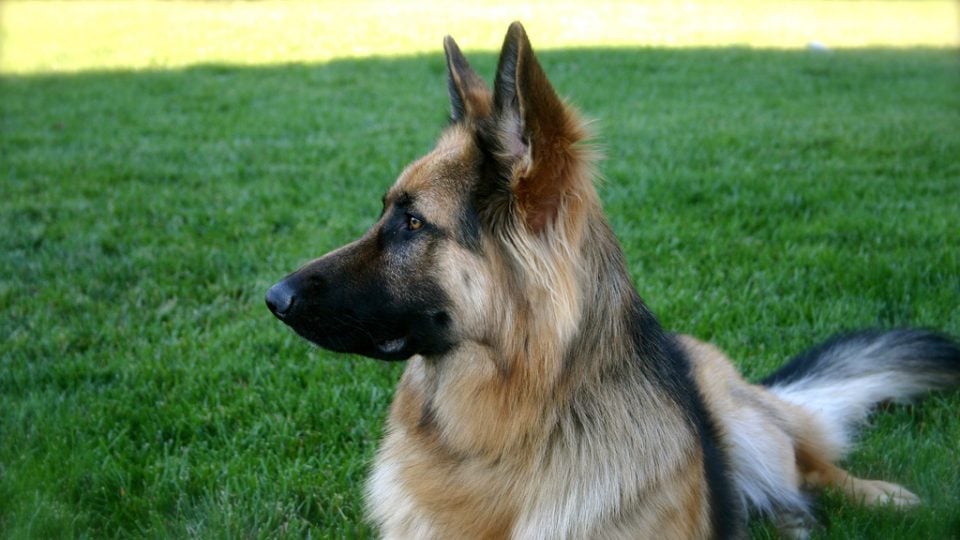 Whether it’s fictional stories of Lassie, Old Yeller, Rin Tin Tin, or Bolt, we love to believe our dogs are more than just adorable companions: they’re heroes! But we don’t have to rely on Hollywood or a great fiction novel to provide these stories: There are true accounts of heroic dog interventions from around the world, and these are just a few.

Let’s put ourselves into the shoes of those rescued by loving paws, and imagine what it would be like to live these real life rescues:

1. Named After the Dog

Maybe you’re too young to remember, but maybe in dreams you recall being in a foreign place—cold, crying—uncertain where familiar faces and loving arms have gone. You feel abandoned, and then it appears…hovering over you, an inhuman face: Someday you’ll learn to call it a German shepherd, but now it’s a fuzzy four-legged stranger warming you, tending to your care. The affectionate animal refuses to leave your side until an older human visage arrives, peering down with astonishment as you struggle in the confines of a carrier bag.

Another hour or two and you would have succumbed to the elements. Later in life, you don’t mind a bit being named Jade, sharing a moniker with the caring canine who saved your life.

OR… imagine being on the other end of this discovery. You’re 68-year old Roger Wilday, out for a stroll with your best friend Jade in Birmingham, England. Typically Jade is an obedient darling until this unusual Halloween morning in 2013. Jade’s pointed German shepherd ears prick up, head cocked, and then she’s off with a dash into the brush, refusing to return despite your calls. What’s she up to? What’s she found in the underbrush of the park? You hear little noises and expect a box of kittens, but the shock of finding a newborn—barely 24 hours old—sends your mind reeling.

You attend to the next steps of calling the authorities and bringing needed medical help, but Jade was the heroic first-responder who likely saved this little girl’s life.

2. Willie Versus the Wolf

Your name’s John Stenglein and you’re in shock. You can’t believe what’s happening. One minute you’re playing with your friend in the woods near Icy Bay, along with his four-legged Labrador retriever Willie, and all is joy and laughter. Without warning, however, the world is pain and confusion. Something drags you deeper into the trees forcefully, growling and snapping. Fiery pain burns from bites on your back and legs, and you desperately want it to stop. You don’t think you’ll live to see your seventh birthday.

“John!” Your friend cries out, and others come running, but what can anyone do?

Your friend isn’t fast enough to intervene, but his dog Willie is fleet of feet, and now the Alaskan wolf faces down the growling intercessor who selflessly comes to your aid. Willie confronts his feral canine cousin, inserting himself in the wolf’s path with a barking challenge, fangs bared. The line is drawn, and the delaying tactic works: The ensuing snaps and scuffle delays the wolf until it can do nothing but leave you behind and retreat. You’ll need a lot of time to heal, but you live to see another meal (instead of becoming one) thanks to Willie who is—quite aptly—named a retriever.

3. Licking Away the Silent Killer

You love your dog Molly. You really do. In the middle of the night, however, when she won’t stop licking your wife’s face…well, now your patience is tested. What does she want? What about your needs? Just let us sleep, Molly. Stop already! You hear your wife rise, frustrated, with the intention to satisfy your husky’s nighttime needs. 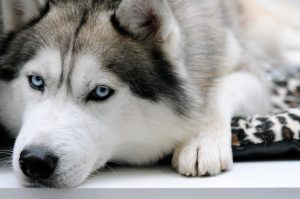 At least, that’s her intention. Next thing you know she’s screaming, confused, begging for help. Has the whole house gone crazy? Then you feel it too, staggering and collapsing on the floor in your West Virginia home. You crawl toward the bathroom and your son Brandon wanders down the hall. You tell him to help his mother, but he soon collapses too.

You manage to drag yourself to the sink, splash water on your face, and get your family out of the house. Your residence almost became home-sweet-deathtrap, but thanks to Molly’s senses and persistence, you didn’t succumb to the carbon monoxide fumes that were poisoning you and your family while you slept.

Thankfully you all recover, including Molly.

Something in your seven-year-old sister’s voice is intense, panicked in a way your two-year old brain barely comprehends. Everything was happy just a second ago, headed out to play on the swings in the backyard. You see the brown, slithering shape in front of you and realize the word Michelle had shrieked: snake! You freeze, uncertain what to do, and only jump back when River races into your line of sight to seize the venomous villain with his canines. Your trusty red cattle dog shakes the eastern brown with a growl and the serpent goes limp.

You begin to fathom the full predicament later, especially when your protective pooch gets sick overnight and Mom realizes the brave dog must have been bitten. She’s off to the vet, who explains these snakes, native to Australia, are some of the deadliest in the world. You throw a tantrum when you find out River won’t come home with you, but Mom and Michelle explain the doctor will take care of River, and that she responded well to treatment.

You can’t wait for her to get back to your home in Coalfalls, because your dog deserves a hero’s welcome.

Whether it’s saving babies, fending off adversaries, or saving us from the breakdown of our own modern heating, these and other stories show just how loyal and loving our companions are, willing to brave the elements and risk their hides to help family and strangers alike. Let’s pay it forward and show them the same kind of unconditional love they provide for us.