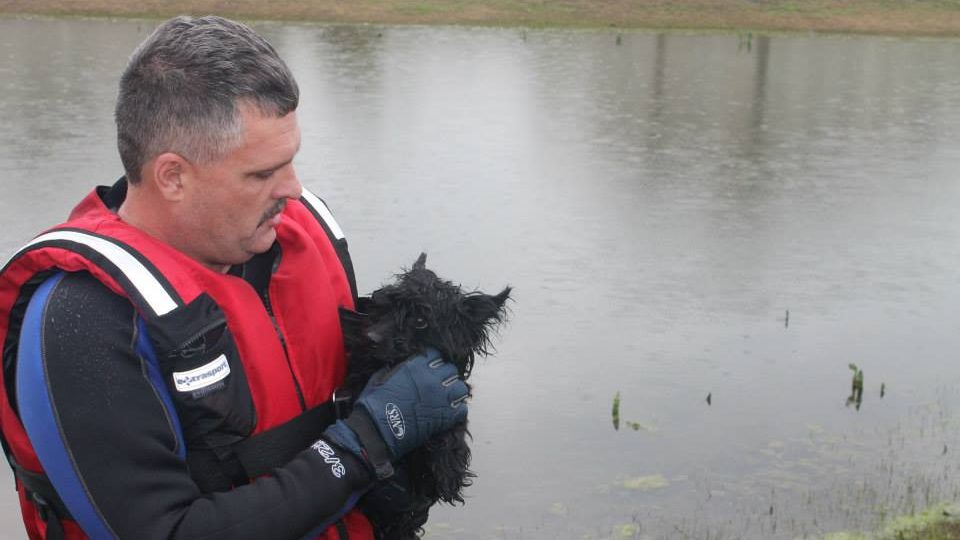 What would you do if your dog was in mortal danger? I like to think I’d do anything for my dog: I already walk her in the rainiest weather, pick up the stinkiest poop, and even let her hog the covers. I am completely committed to her comfort and safety, and if she was in danger, I’d do all I could to save her. Still, it’s hard to know how exactly I’d react in a true emergency.

The people in the stories below—some of them professional rescue workers, some of them just brave, dedicated pet parents—performed superhuman feats to save man’s best friend.

Warning: Some of the videos shared in this post are disturbing at first—nobody likes to see a dog in danger—but they all have happy endings. These heroic tales of dog rescues are sure to make you give your dog a hug.

In a viral video from earlier this year, reported by The Daily Mail, a young Russian man dives into an icy river to save a stray dog. According to a Reddit user’s translation of the video, the dog initially ran off, but was spotted again soon after, and now lives with his rescuer. What a heartwarming end to a chilling rescue story!

In May, police officers in Colombia saved a dog from a flash flood, administered CPR and IV fluids, and shuttled it away to safety. A warning: The video below is disturbing, but according to the Telegraph, officials say the dog is expected to make a full recovery.

Man Confronts Bear to Save His Chihuahua

The details of this story sound like a tall tale, until you hear the bear-puncher himself in an interview with CBS Sacramento: “The man or beast that I run from ain’t been born, and his mama’s already dead,” says Carl Wilson, who punched a black bear in the face to keep it from harming his beloved chihuahua Lacy. His story is corroborated by a longtime friend who was in the house when it happened. Lacy is lucky to have such a fearless dad (though we don’t recommend punching bears in the face as a rule).

Woman Punches Coyote to Save Dog 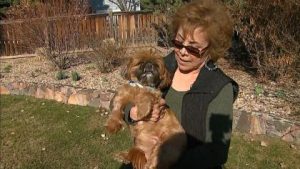 And in another story of a dog guardian getting up close and personal with nature to protect her dog: When Nettie Blanco of Highlands Park, Colorado saw a coyote enter her yard and attack her small dog Sammy, she leaped into action, hopping a fence and punching the coyote square in the face. “He looked at me stunned and then ran over the fence,” she said in an interview with CBS Denver. If you live in an area with coyotes, don’t put yourself in the position of needing to fight one off: Always supervise your pets when they go outside. 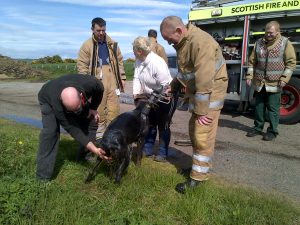 We’ve all heard of Lassie saving Timmy from the well, but in a recent headline from Scotland, the tables were turned. The Scottish Fire and Rescue Service, alongside the Scottish SPCA, came to the rescue of a dog named Freya who had fallen down a well. As the doberman struggled in a foot and a half of mud, fireman John Brand was lowered into the well on a harness and pulled her to safety. After a good hosing off and a dose of antibiotics, Freya is back home and healthy (and soon to be a mum—she’s pregnant).

On Valentine’s Day 2015, a terrible fire broke out in an apartment complex in Modesto, California, threatening the lives of everyone inside. In the dramatic video below, filmed by body cameras and released by the Modesto Fire Department, resident Tammy Dobbins drops her two dogs out the second-story window to safety below. (The images are alarming, but don’t worry, the dogs are just fine: They landed in trash bins full of soft materials placed under the window by firefighters.) The human occupants of the apartment were carried out soon after, and as a result of rescue workers’ quick, calm work, everybody survived the fire.

Man Fights Off Python to Save Dog

In this short, dramatic video from India, a man rescues his dog from the grip of a python. The dog is seen standing after his rescue, and then barks from off screen as if to say “That was scary, but I’m okay now!” According to the DailyMail, local media reports that the dog made a full recovery. 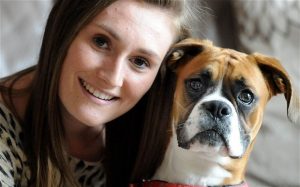 Lola the boxer fell into convulsions after being stung by a bee. It didn’t look good for the 7-month-old puppy, but then her guardian Emma Harris jumped in and began performing CPR. Eventually, Lola regained consciousness, and after receiving steroids to counteract the bee sting at the vet, made a full recovery. In an interview with the Telegraph in 2013, Harris said of her lifesaving feat, “I am quite proud of myself for it.” As she should be!

Man Saves His Dog from Choking on the Sidewalk 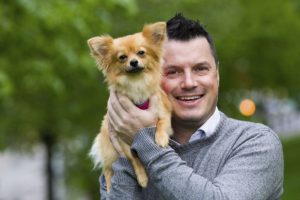 When his pomeranian-chihuahua mix Roxy started gasping for air, Scottish dog parent Rodolphe Combes leaped into action, sweeping her throat for obstructions and then performing CPR that he learned not in a doggy first aid class, but in human first aid training at work. In an interview with Metro.Co.UK, Combes said, “[I used] everything I had learned at a first-aid course” to save his beloved pet. Roxy needed surgery to remove sharp bone fragments from her throat, but is now doing great, and the veterinarian who performed her operation started teaching pet first aid courses inspired by her story. 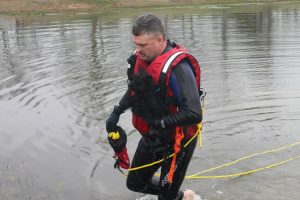 In Desoto, Texas, firefighter Craig Kirk and his team rescued a scared little Scottish terrier who somehow wound up stranded in the middle of a wide, cold pond. After nobody stepped forward to claim the dog, Kirk decided to adopt him, naming the pup Indy and taking him home to his Texas ranch. In an interview with NBC Dallas/Fort Worth, Kirk says, “I think he’s like me, wants to get out of the limelight as soon as possible.”

Since Indy’s rescue in Marcy 2015, Desoto Fire and Rescue has featured a local shelter dog on their Facebook page each week. “Indy’s Pick” is their way of continuing their rescue mission to help other animals in need. These firefighters are heroes in more ways than one.

All of the above stories demonstrate human bravery and the fortitude of dogs. Remember, if your own dog ends up in a life-threatening situation, try to remain calm and make the safest decision for you and your beloved pet. After all, our four-legged best friends would do the same for us.