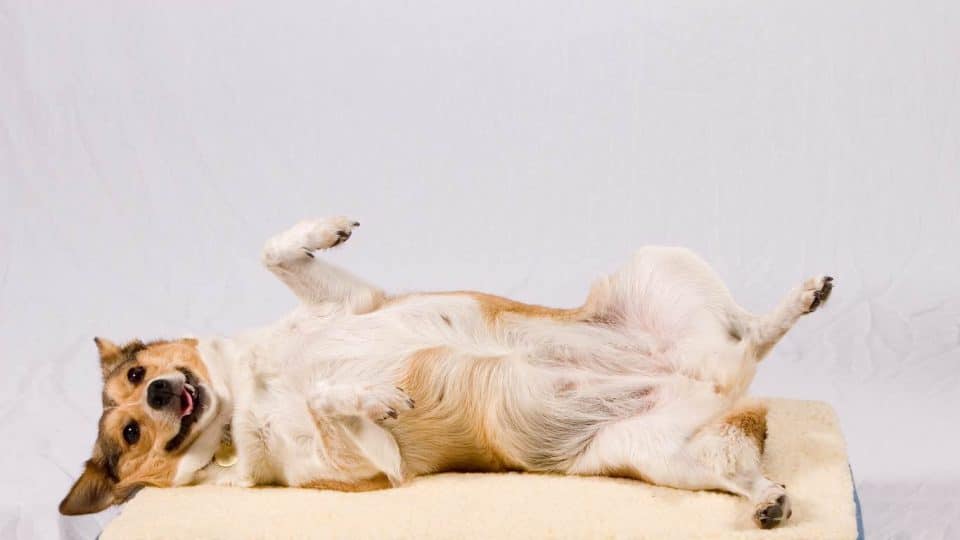 If your dog has a thick coat of fur, you might not realize that they have a belly button. But they do! In fact, all dogs have one.

The function of a dog’s belly button is the same as a human’s. It marks the place where the umbilical cord linked the fetus to the mother. Umbilicals cords allow growing pups get all the nutrients they need to develop in the womb.

Belly buttons in canines are generally harmless and just a reminder of their earliest days. However, they can occasionally indicate underlying health issues, such as hernias. Let’s take a closer look at what dogs’ belly buttons involve.

Where Is My Dog’s Belly Button?

Dogs’ belly buttons are located on their stomachs, similar to humans’ navels.

“You can find a dog’s belly button on their underside, in the middle of their tummy, at the base of the rib cage — usually between two nipples,” reveals Shauna Spooner, a registered veterinary nurse at the pet charity PDSA. 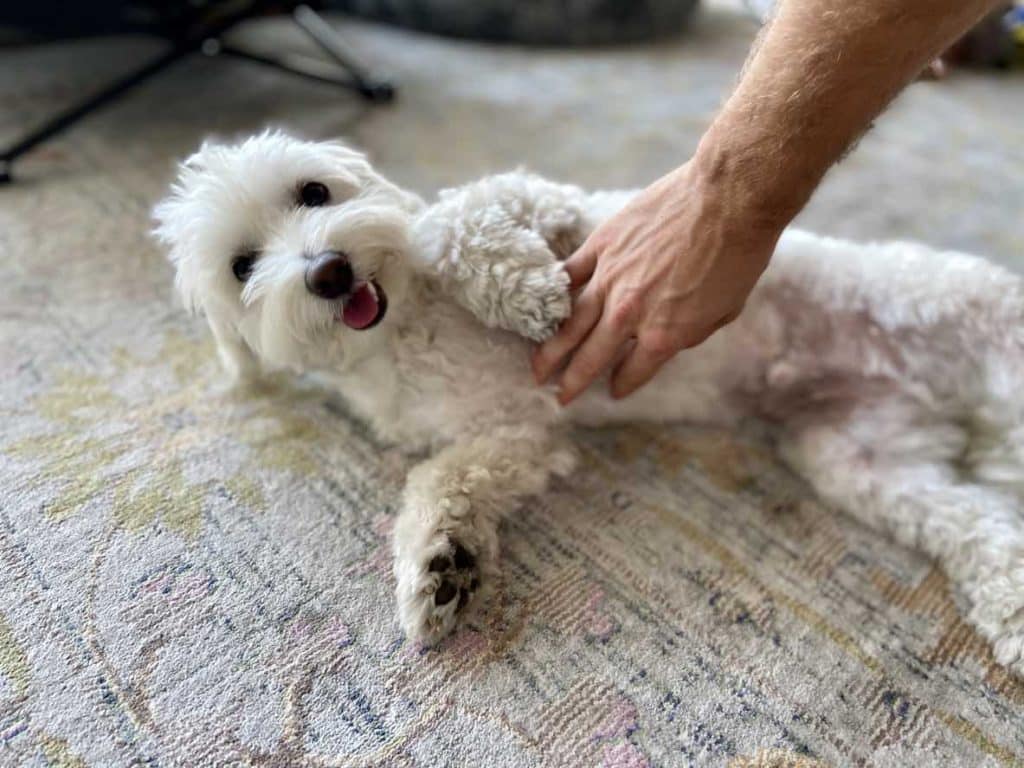 However, whereas human belly buttons are easy to find, it may be harder to pinpoint your dog’s. Aside from being covered in fur, canine belly buttons can be less obvious in appearance. For example, dogs’ belly buttons aren’t always very big. “A dog’s belly button is generally much smaller than a human’s. And it’s relative depending on the size of the dog,” says Spooner.

So even if you’ve got a little chihuahua with shorter hair, don’t expect them to have a noticeable belly button!

How Are Dog’s Belly Buttons Formed?

Your dog’s belly button will have formed in the same way as yours. Each puppy has its own umbilical cord, which develops during the first few weeks of an embryo’s growth and connects it to the mother’s placenta. The attachment remains until the pup has been born.

Following birth, Adelaide Vet reports that the mother dog chews and breaks the umbilical cord, leaving around an inch of cord attached to the puppy. Then, a few days later, the cord ‘stump’ falls off the newborn, leaving a scar.

Dogs are ‘placental’ animals, meaning the mother supplies the fetus in the womb with nutrients and blood via an umbilical cord. Almost all mammals — including humans and cats — are placental. 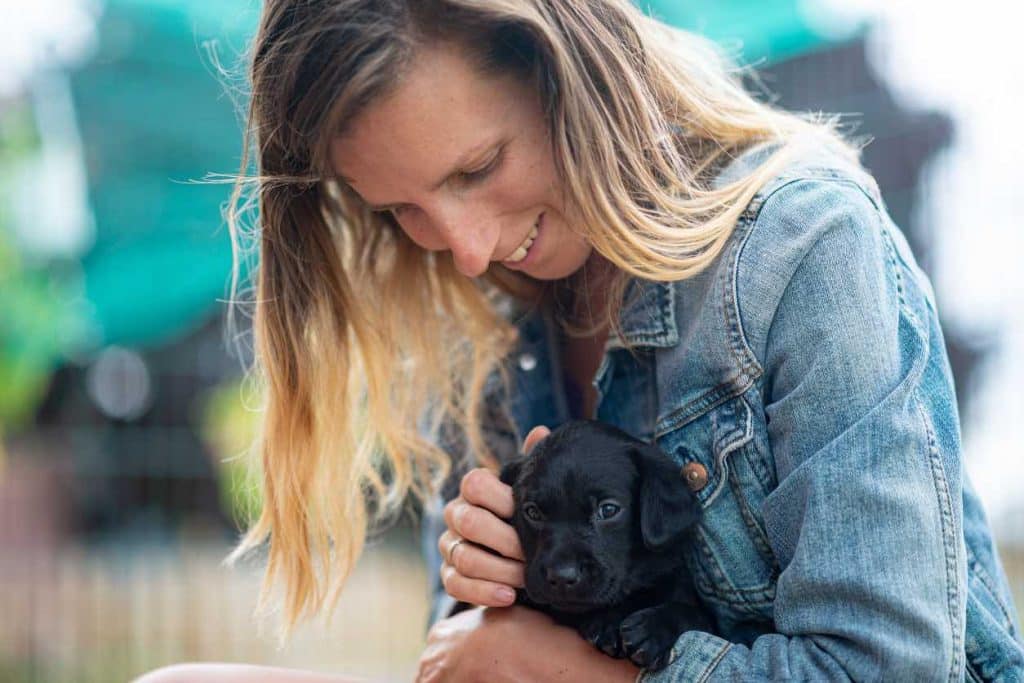 Whereas human belly buttons are generally more pronounced and ‘deeper’, those on dogs can look a bit different.

“As the belly button is a scar, it may fade and become harder to spot as a dog gets older,” reveals Spooner. Your dog’s belly button may also be shallower in depth than your own or more elongated rather than circular.

Furthermore, humans can have ‘innies’ and ‘outies’ for belly buttons. Yet, if your furry pal has an ‘outie’, it could indicate a medical issue. Spooner explains that ‘outie’ belly buttons can occur in newborn pups — and this is likely just extra or healing scar tissue.

However, once they pass this early stage, ‘outies’ aren’t normal. “If the belly button looks swollen, inflamed, or bruised, this could be a sign of an umbilical hernia, which should be checked by a vet,” states Spooner.

If you’re concerned or unsure, don’t hesitate to obtain a professional opinion.

Most at risk from belly button related infection are newborn puppies. However, Spooner explains: “There is a small risk of umbilical infection in newborn puppies — particularly if the umbilical cord is cut quite close to the body, or if the mother transfers bacteria when removing the cord.”

Umbilical hernias are the main health concern with a possible link to belly buttons. But what are they?

“An umbilical hernia happens when the umbilicus [belly button] does not seal properly after birth,” explains Spooner. This means that lining or fat from the abdomen, or even intestines, can start poking through.

She reveals that a hernia may “look like a soft swelling beneath the skin and can become larger when a dog stands up, barks, or cries.”

Fortunately, umbilical hernias aren’t very common. An analysis of over 22,000 dogs seen by vets over one year found that less than 1% experienced them.

Several factors can lead to a dog developing the condition: 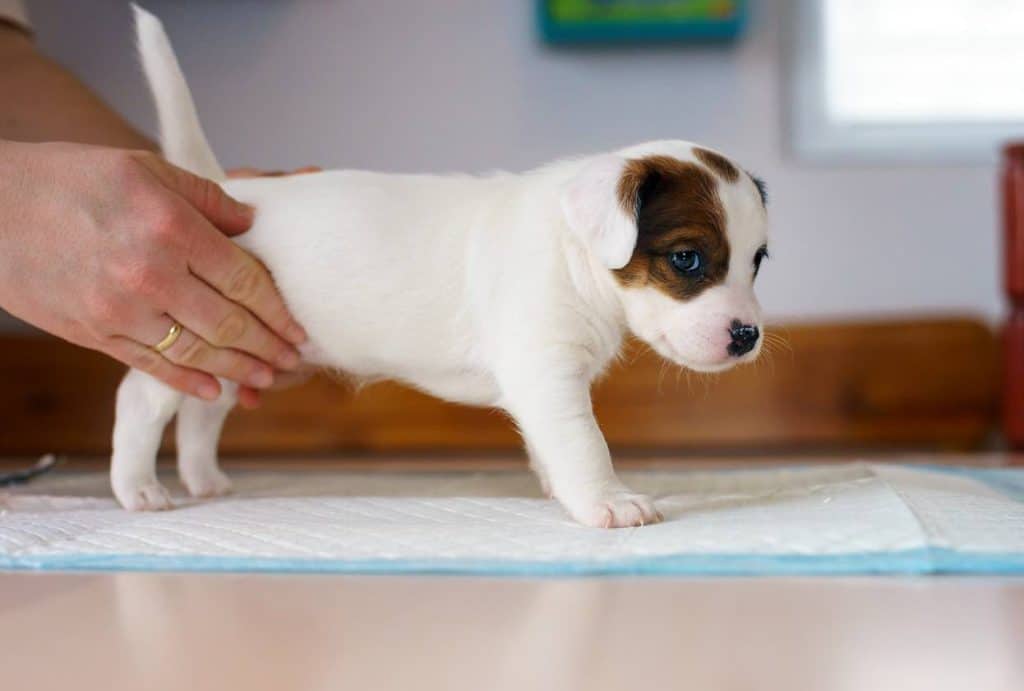 How are umbilical hernias treated?

Spooner says that umbilical hernias generally don’t cause discomfort in dogs. However, you should absolutely have them assessed by your vet.

If a newborn puppy has a smaller umbilical hernia, it will likely close on its own within six months and not require further treatment. However, larger hernias usually need surgery — a procedure Spooner says “is often done at the same time a dog is neutered, as long as there are no other concerns.”

If left untreated, larger hernias have the potential to cause further health problems. “In rare cases, the tissue that has poked through the hernia can become stuck, which can mean that blood is unable to flow,” explains Spooner. “This is an emergency and requires immediate surgery.”

Signs of stuck tissue, she notes, include pain and the hernia becoming hard or appearing red and bruised.

All dogs have a belly button, and the majority of the time, this scar is harmless. However, when they do not close properly or an infection occurs, they can lead to other health issues.

Umbilical hernias aren’t the only defect that can affect dogs. For example, our furry pals can also experience congenital heart defects, palatoschisis (known as ‘cleft palate’), and skeletal muscle defects. The cause of a defect in a pet isn’t always known. However, MSD Veterinary Manual reveals that sometimes they are due to environmental or genetic factors.

There’s long been debate over whether certain types of dogs — such as pure breeds — are at greater risk. Some studies have found that various inherited conditions are more common among pure-bred dogs than mixed-bred. Meanwhile, other research has revealed that mixed breeds are not immune to carrying genes that lead to recessive diseases.

Either way, you don’t need to panic. Defects in dogs are relatively uncommon, with the MSD Veterinary Manual stating that between 0.2-3.5% are born with one of some kind. Plus, some conditions can be treated with surgery, while others can be managed through medication and other treatments. 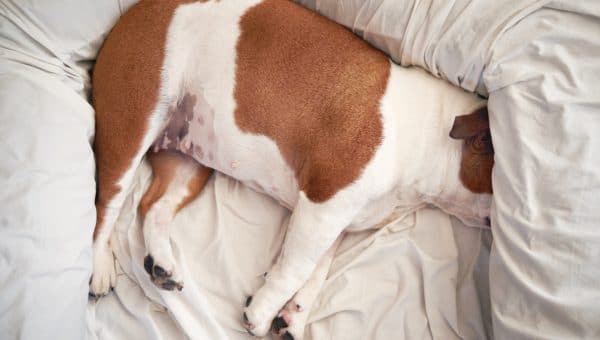 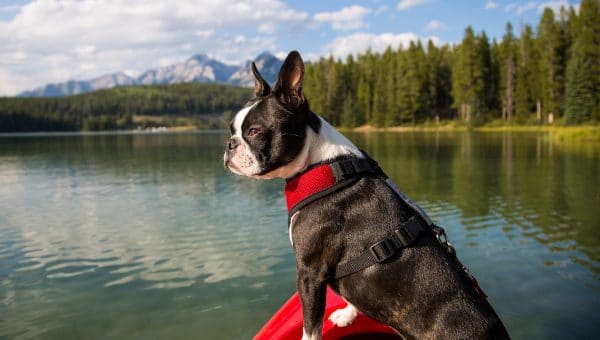 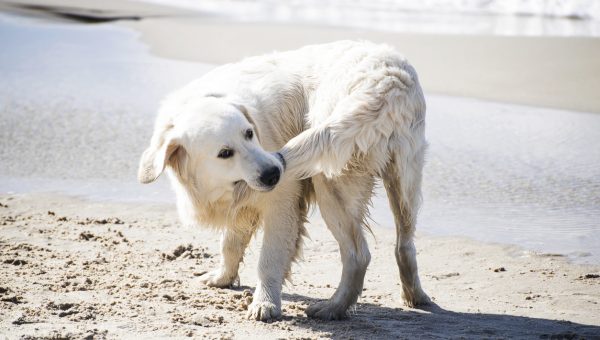