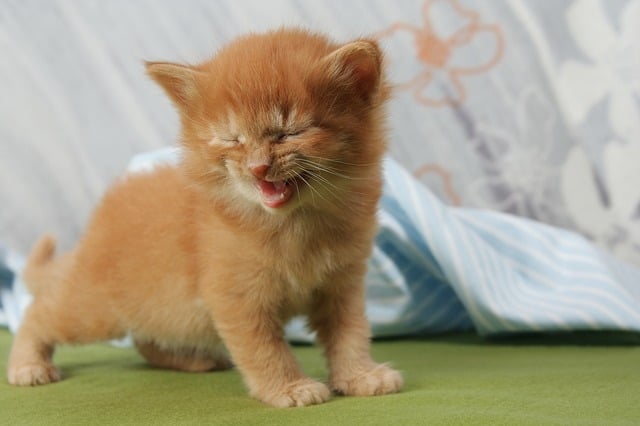 As a cat person, you’ve probably been caught in many a conversation about your beloved floof. Talking about cats is almost as funny as just sitting and watching them. Like when they spot a creature out the window? Or decide to chase a bug? Or curl up in the smallest place imaginable to take a nap?

Their antics can be endlessly entertaining and so can yours with this comprehensive list of totally safe for work cat jokes. Sure, some may be pretty lame but others should have you, and others, meow-ling with laughter. Don’t be shy, give them a try!

1. What did the cat say when he lost all his money?

2. Why are cats better than babies?

Because you only have to change a litter box once a day.

3. What did the alien say to the cat?

“Take me to your litter.”

4. Why don’t cats play poker in the jungle?

5. What is a cat’s way of keeping law and order?

6. Did you hear about the cat who swallowed a ball of wool?

7. What sports do cats play?

8. How many cats can you put into an empty box?

Only one. After that, the box isn’t empty.

9. A policeman in the big city stops a man in a car with a Siberian Lynx in the front seat. “What are you doing with that Siberian Lynx?” He exclaimed, “You should take it to the zoo.” The following week, the same policeman sees the same man with the cat again in the front seat, with both of them wearing sunglasses. The policeman pulls him over. “I thought you were going to take that cat to the zoo!” The man replied, “I did. We had such a good time we are going to the beach this weekend!”

10. Did you hear about the passenger who had to be escorted off the airplane?

She let the cat out of the bag.

11. What does the lion say to his friends before they go out hunting for food?

They hiss and make up.

Because it only ate condensed milk!

14. Did you hear about the cat that climbed the Himalayas?

15. Who was the most powerful cat in China?

17. What is smarter than a talking cat?

18. What is a cat’s favorite kitchen tool?

19. What do you get when you cross a chick with an alley cat?

He was in a bad mewd.

21. Why was the cat sitting on the computer?

To keep an eye on the mouse!

22. What’s a cat’s favorite button on the TV remote?

23. Why did the cat get pulled over by the police?

24. Did you hear about the cat who drank five bowls of water?

He set a new lap record.

25. What do you get if you cross a tiger with a snowman?

26. Why are cats good at video games?

Because they have nine lives!

27. Where does a cat go when it loses its tail?

No. How do they hold the rod and reel?

29. Why do cats make terrible storytellers?

They only have one tail.

31. A cat walks into a bar. The bartender says, “What’ll you have?” The cat says, “A shot of whiskey.” The bartender pours the cat his drink. Slowly, the cat pushes the shot off the bar…immediately demanding, “ANOTHER!!”

32. A man walks into a bar with a cat and dog. They all sit down and the bartender says “What can I get you?” The dog looks squarely at the bartender and says I’ll take a Vodka, the guy will take a water, and the cat will take a Scotch.” The bartender, in shocks, says to the dog, “This is AMAZING! You’re a dog that can talk…” The guy looks at the bartender, and says, “Don’t be fooled, the cat is a ventriloquist.”

33. Two cats are trying to cross a river. One’s name is Onetwothree and the others’ name is Undeuxtrois. Why was Onetwothree the only one to make it across?

Because Undeuxtrois got carried away.

34. If lights run on electricity and cars run on gas, what do cats run on?

35. What did the cat say when it got scratched?

36. What did the cat say after hearing a funny joke?

38. Someone made a joke about my three-legged cat.

39. What do you call a fluffy male cat asleep on a bed?

40. I have a pencil once owned by Shakespeare…

41. I saw a neighbor talking to her cat today, it was hilarious that she thought her cat could understand her.

I went home and told my dog. 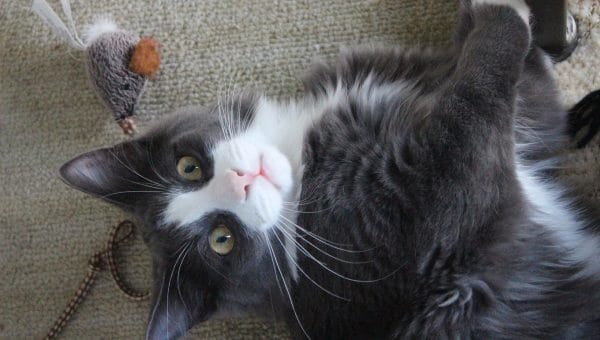 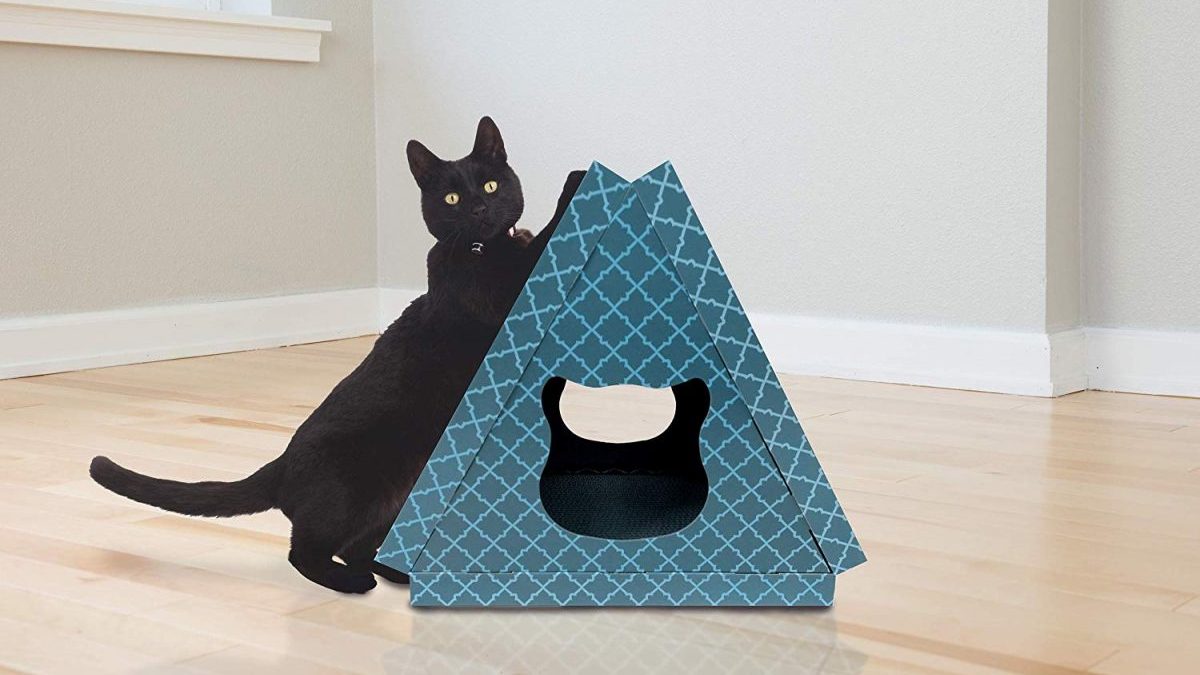 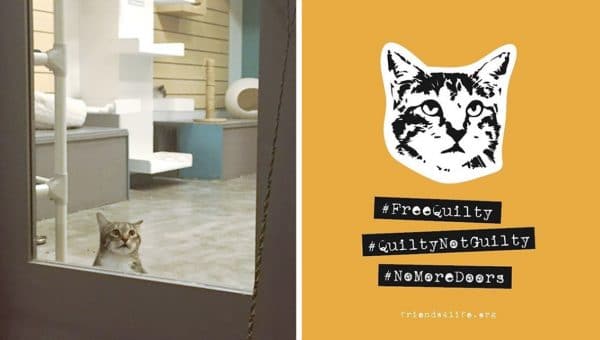