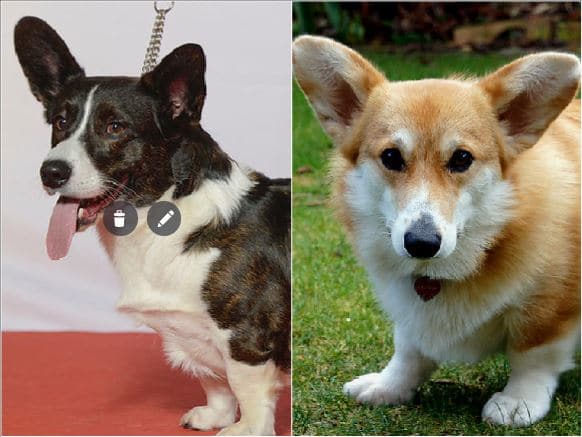 If you’ve paid any attention to the Royal Family, then you’re probably familiar with Pembroke Welsh corgis. For most of her life, the Queen has had at least a few them at her side, and she’s had a big hand in making corgis well-known across the globe.

But did you know that Pembrokes aren’t the only corgis?

Believe it or not, there’s a whole other breed of corgis—Cardigan Welsh corgis—and they’re a very similar, yet completely different breed.

If you’ve taken an interest in corgis, it’s best to find out which breed catches your eye (and matches your lifestyle).

They may have similar names and even more similar looks, but the Pembroke Welsh corgi and the Cardigan Welsh corgi are not actually related at all.

Both dogs hale from Wales, where they helped farmers heard cattle. But they come from different parts of Wales, and the Cardigan is about two thousand years older than the Pembroke. 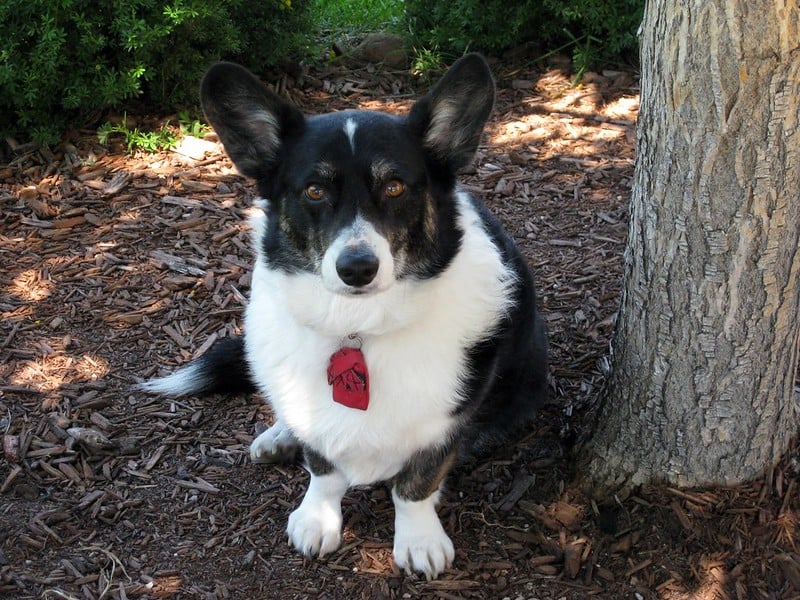 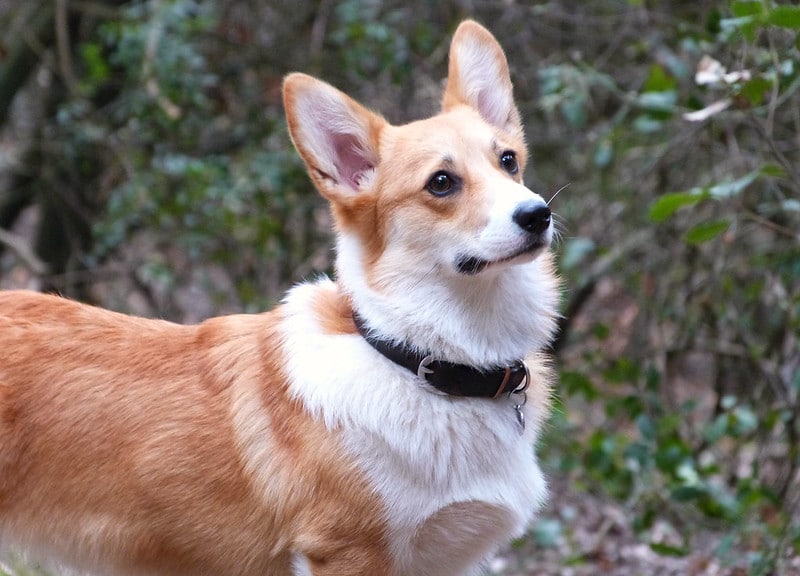 According to the American Kennel Club, the Cardigans are one of the oldest British dog breeds, likely brought to Wales by the Celts when they migrated from Central Europe around 1200 BC. Not only did they help herd cattle but also guarded livestock, guarded families, and worked as hunting dogs.

Pembrokes lived with weavers in the area that is now Belgium and traveled to Southwestern Wales by invitation of King Henry I in 1107. They helped herd cattle and sheep for the weavers as they established new homesteads.

For a long time, Pembroke and Cardigan Corgis were interbred and were even considered a single breed by the AKC. Since that led to confusion and accusations of unfairness come judging time, they were eventually separated into two breeds, though that didn’t happen until 2006.

Cardigan and Pembroke Corgis look a lot alike, but if you look closely, you can see the difference between the two. 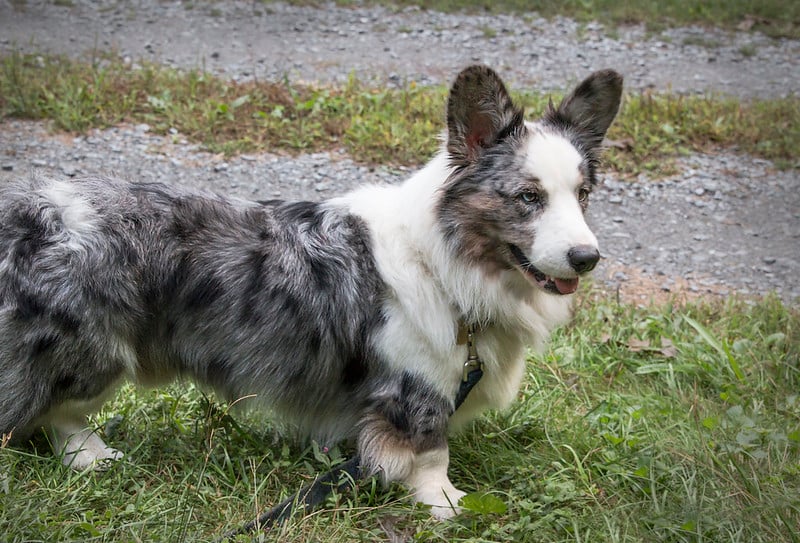 The Cardigan corgi is the bigger of the two breeds. While they’re both about the same height (10-12 inches), the Cardigan can be up to eight pounds heavier. That may not sound like much, but eight pounds is a lot on a dog that only stands around a foot off the ground. Male Cardigans, which are slightly bigger than females, weigh up to 38 pounds. Males Pembrokes don’t usually get over 30 pounds. 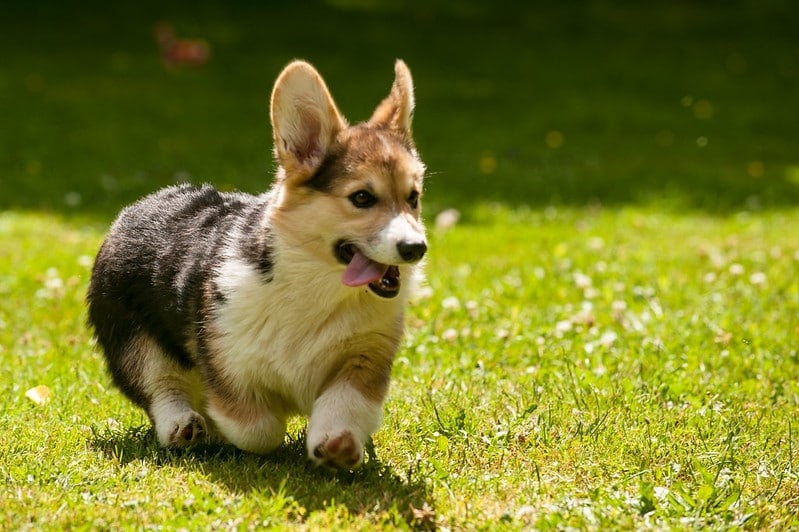 Cardigans also have a wider range of coat colors. Pembrokes are limited to sable, red, and tricolor. Cardigans, on the other hand, can be brindle, black and white with tan or brindle, blue merle, or red and sable with white.

Still not seeing a difference? Just look at the rear.

Pembroke corgis usually have their tail docked as short as possible, while Cardigans retain their tail. That’s a difference that’s hard to miss.

Both the Pembroke and Cardigan corgi have water-resistant coats, meaning they don’t need to bathed very often. Throughout much of the year, both breeds also need to be brushed as little as once per week, meaning they’re a definite plus for anyone looking for a low-maintenance dog.

Where the breeds start to differ, though, is when the shedding season arrives.

Pembroke corgis do shed some throughout the year, but that really ramps up during late spring and early summer. During this time of year, Pembrokes need daily brushing to keep the shedding hair in check, or else your house (and you) will be covered in corgi hair in no time flat.

Pembroke and Cardigan Welsh corgis are both happy, loyal, and love to be around their people. They also both have a knack for being a bit bossy, despite their small stature.

Since they’re so intelligent, training is a must with either breed—both to show them their manners, and to show them who’s boss. They pick up on cues easily but get bored quickly, so you’ll need to get creative and switch up your methods.

Anne Bowes, 50-year breeder, owner, and handler of Pembroke Welsh corgis and judge of Pembrokes, Cardigans, and other breeds, told the American Kennel Club the Pembroke is the more outgoing of the two breeds, explaining that Cardigans are often more reserved with new situations and people, though they do usually come around.

Vivian Moran, member of the Cardigan Welsh Corgi Club of America’s Judge’s Education Committee and 30-year Cardigan breeder, agrees. “A Cardigan will generally assess a situation before he decides to take part,” she says. “A Pembroke always seems ready for a party.”

Both dogs work great as watchdogs since their famously perky ears are perfect for hearing noises that are out of place. And while they may not have an intimidating look, they both have big dog barks that may scare intruders away before they see what kind of canine they’re dealing with.

If you’re not a fan of exercise, Corgis may not be the dog for you.

Due to their unusual shape, Corgis are prone to back problems—something only made worse by carrying around extra weight. For this reason, it’s very important that both breeds get exercise every day, both to keep their backs strong and their weight in check. A long walk is usually adequate, though they can go on easy hikes, as well.

Also thanks to their unique structure, corgis can’t run very fast, so while they can go for a slow jog, a fast run or a bike ride is out—unless you’re putting them in a wagon on the back.

While both types of corgi are high energy, the Cardigans are the less-energetic of the two. A dog that’s usually OK with whatever you want to do, Cardigans are up for a hike, but also totally fine with just tossing the ball around the back yard a few times, if that’s what you’re in the mood for. 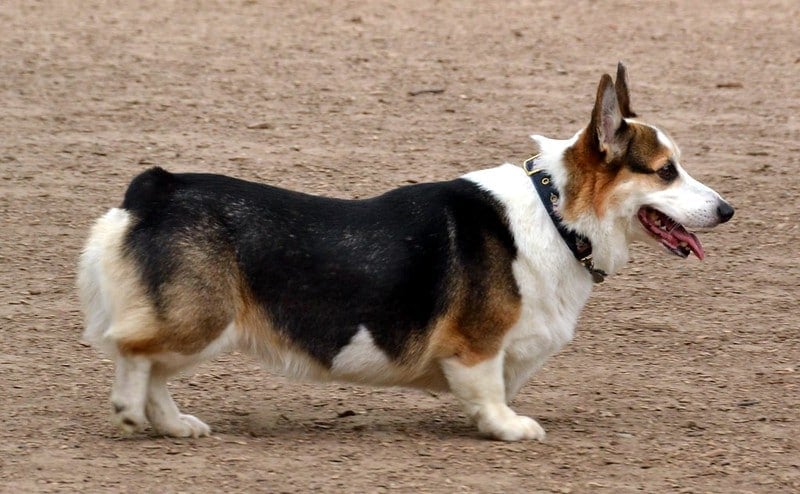 Pembroke and Cardigan Welsh corgis are predisposed to a lot of the same health issues. Some of their biggest risks are hip dysplasia, eye disorders, and degenerative myelopathy (a progressive disease of the spinal cord). Pembrokes are also susceptible to cardiac issues and a bleeding disorder called von Willebrand’s disease. Responsible breeders should screen for these issues, but it’s still important to be vigilant and take your corgi to regular checkups with your veterinarian to make sure you catch any issue early.

Also, as previously mentioned, both breeds of corgi are at risk for back issues. This means they shouldn’t jump, and stairs are especially dangerous. 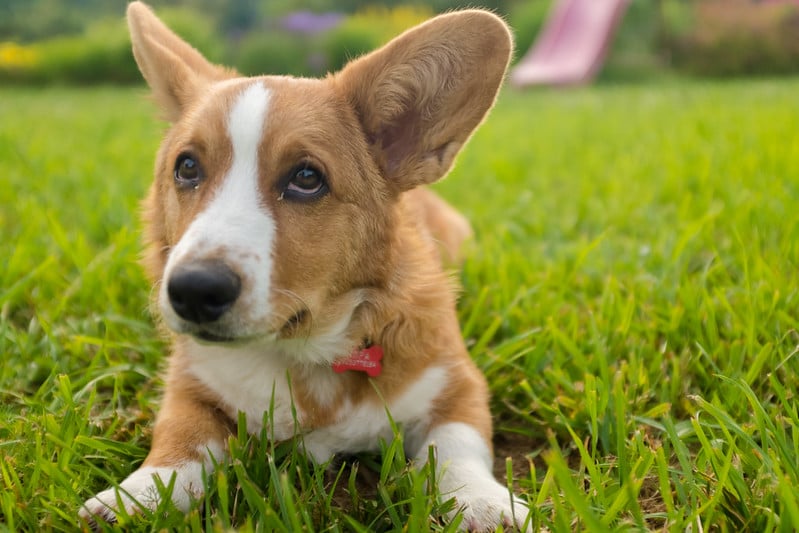 Both Cardigan and Pembroke Welsh corgis are happy, loving dogs who would make great additions to many families, but that doesn’t mean they’re a perfect match for yours. It’s important to weigh the pros and cons of corgis in general before deciding between the Pembroke and Cardigan.

Keep in mind that corgis can’t live a sedentary lifestyle. If you don’t have the time in your schedule (or motivation) for daily exercise, your home might not be the best environment for these breeds.

Also, remember that Cardigan and Pembroke corgi owners must take precautions to avoid back injuries. Jumping is dangerous, including on and off of furniture, and they should avoid stairs whenever possible. If you live in a multi-story home, bringing home a corgi might introduce a few new complications.

Neither breed of corgi comes at a cheap price, either. AKC-registered breeders list both Cardigan Welsh corgis and Pembroke Welsh corgis for between $1,000 and $2,000.

Of course, there are also AKC-approved rescue organizations for both Cardigans and Pembrokes. Through these groups, you may be able to match yourself with a puppy or adult dog of your chosen breed—sometimes at a lower cost.

Purebred dogs aren’t for everyone. If the Cardigan or Pembroke corgis (or their associated costs) aren’t a match for you, remember that there is always an abundance of shelter dogs waiting patiently for their forever families.