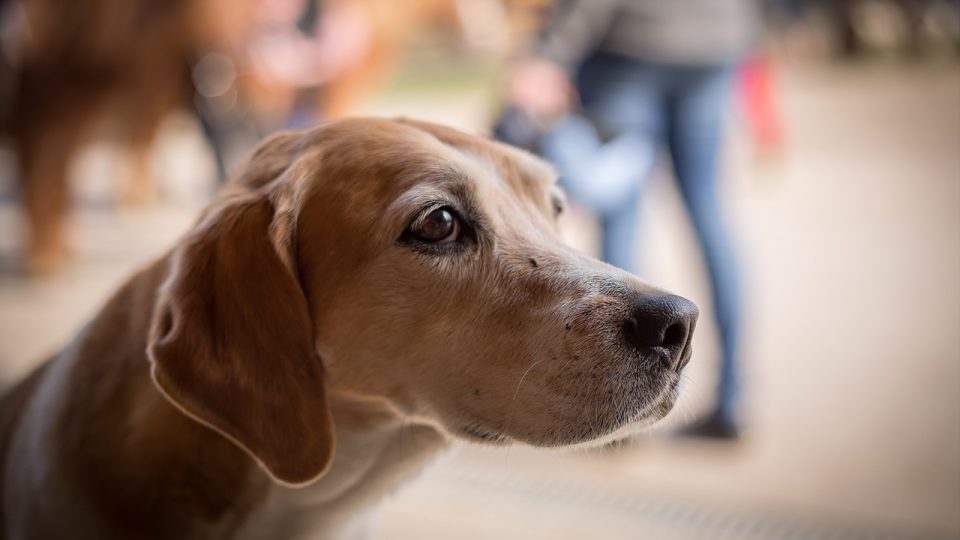 Why do dogs love the stinkiest things? My golden retriever loves to roll in an old dead fish at the beach, and I end up driving home with the windows down. Does she eat it, too? I’d rather not know, to be honest.

But I’ve recently learned that there are some real risks with dogs eating some types of raw fish, and as a dog parent, particularly if you live in the Pacific Northwest like I do, there are some things you should know about the dangers of raw fish for dogs. 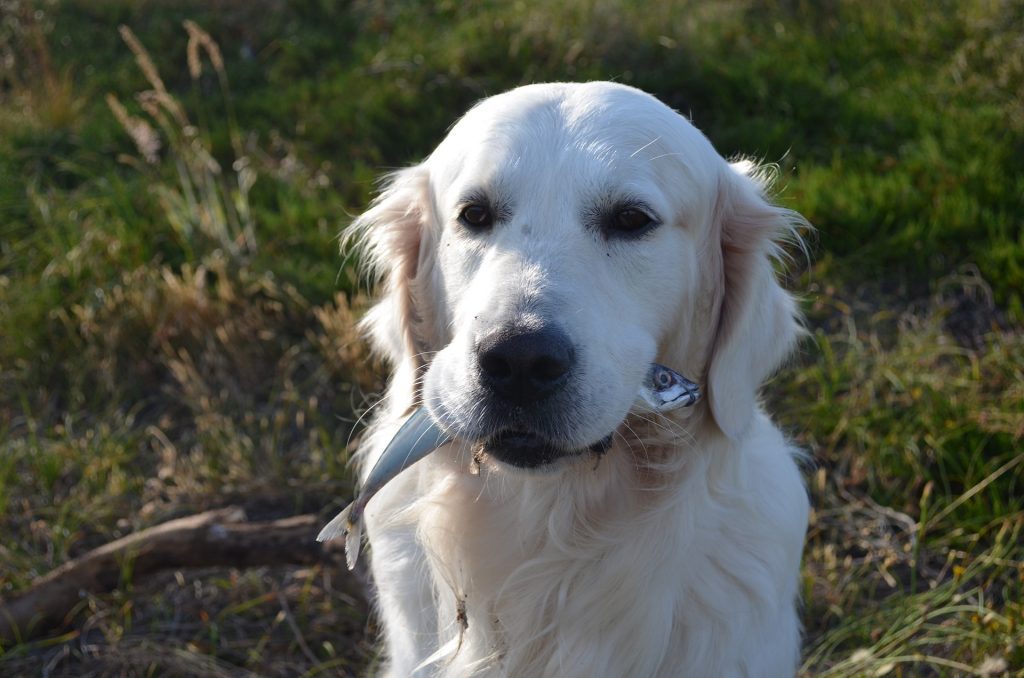 Some types, yes. Other types, no. Dogs have strong stomach acid that aids digestion and kills bacteria, so raw fish that is safe for people, like the fish served as sushi, is also safe for dogs.

However, raw fish can carry parasites, some of which are very dangerous. Most owners err on the side of caution and avoid feeding raw fish to their pets. Your decision may depend on the quality and source of the fish, as well as the age, size, and medical history of your pet. Regardless, tiny fish bones are dangerous and should be removed.

Symptoms to Watch For

If your dog eats raw fish, seek medical care if your dog exhibits these symptoms of intestinal parasites:

These symptoms indicate intestinal irritation that can happen if a dog eats raw fish that had some variety of intestinal parasite. That type of infection can happen anywhere, whether your dog eats fish that you bought at the market or picks up a dead fish at the beach.

If you live in British Columbia, Washington State, Oregon, or northern California, there is another type of parasitic infection that can affect dogs that eat fish from streams.

“Salmon Poisoning” is Important in the Pacific Northwest

Recently, I took my little dog Pepper camping in the Cascade Mountains. I let him sniff around the stream and taste the water, you know, regular dog stuff. A nearby camper gave me a stern warning that a dog had died of “salmon poisoning” in the area recently. Salmon poisoning?? I’m a pretty well-informed dog parent, and I’d never heard of such a thing.

I asked a vet friend, who told me that salmon poisoning disease is a real concern for dogs who eat fish from freshwater streams in the Cascades. In fact, 90% of dogs showing symptoms die if they are not treated, according to Washington State University College of Veterinary Medicine. The disease is treatable with antibiotics and can be diagnosed with a fecal sample or a needle sample of a swollen lymph node.

If your dog has these symptoms and there’s any chance she’s eaten raw fish in the region where the disease is present, take her to the vet and tell them that you suspect that she ate raw fish.

What is Salmon Poisoning Disease?

Turns out that salmon poisoning disease is wild story. This potentially fatal disease is actually a parasitic infection, and it can happen when a dog eats raw salmon (or a few other fish or salamanders) from a stream.

In order to complete its lifecycle, the fluke requires three different hosts: a small freshwater snail, a fish or salamander, and a dog, coyote or fox. 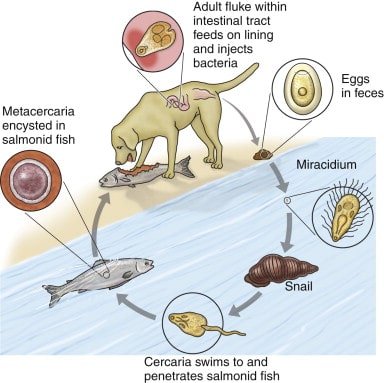 Image by Jane E. Sykes via sciencedirect.com. The “salmon poisoning” parasite must pass through three hosts to complete its life cycle: a snail, a fish, and a dog or fox.  Miracidium, cercaria and metacercaria are 3 life stages of the fluke parasite Nanophyetus salmincola.

This parasitic disease is only a problem in the Pacific Northwest, including southern British Columbia, Washington, Oregon, and northern California, because it’s limited by the geographic range of the snail host, a small brown freshwater snail called Oxytrema silicula. There has been a similar disease reported in dogs in Brazil.

We’ve got tons of articles about which foods are safe or dangerous for your dog, from common snacks to fruits. You might also be interested in “Can My Dog Eat Fish?” 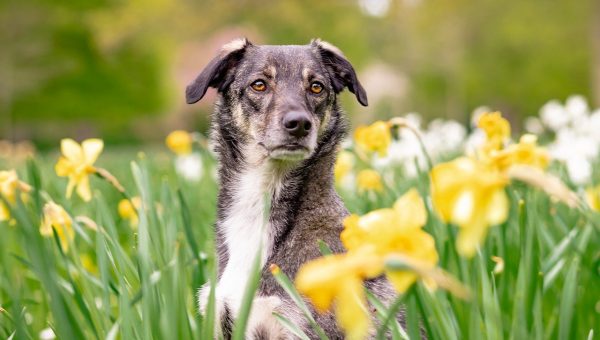