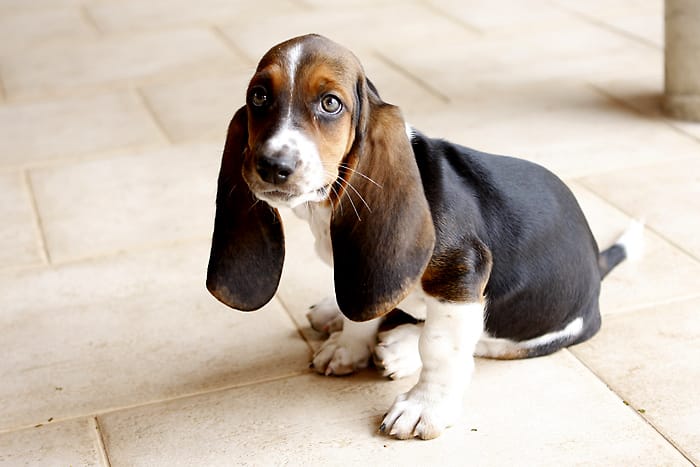 How low can you go? Born with short legs, basset hound puppies are low to the ground and stay that way for the rest of their lives. Due to their proximity to the ground, they’re better equipped to sniff out anything and everything with their highly tuned nose!

It’s said that basset hounds originated in sixth-century France. “Basset” is French for “low,” in fact! These pups were bred specifically for their short features. France is well-known for producing many types of hounds, including the basset’s tall cousin, the bloodhound. Both Bloodhounds and basset hounds are said to have originated from the famous hound breeder St. Hurbert, a friar who enjoyed the hunt. 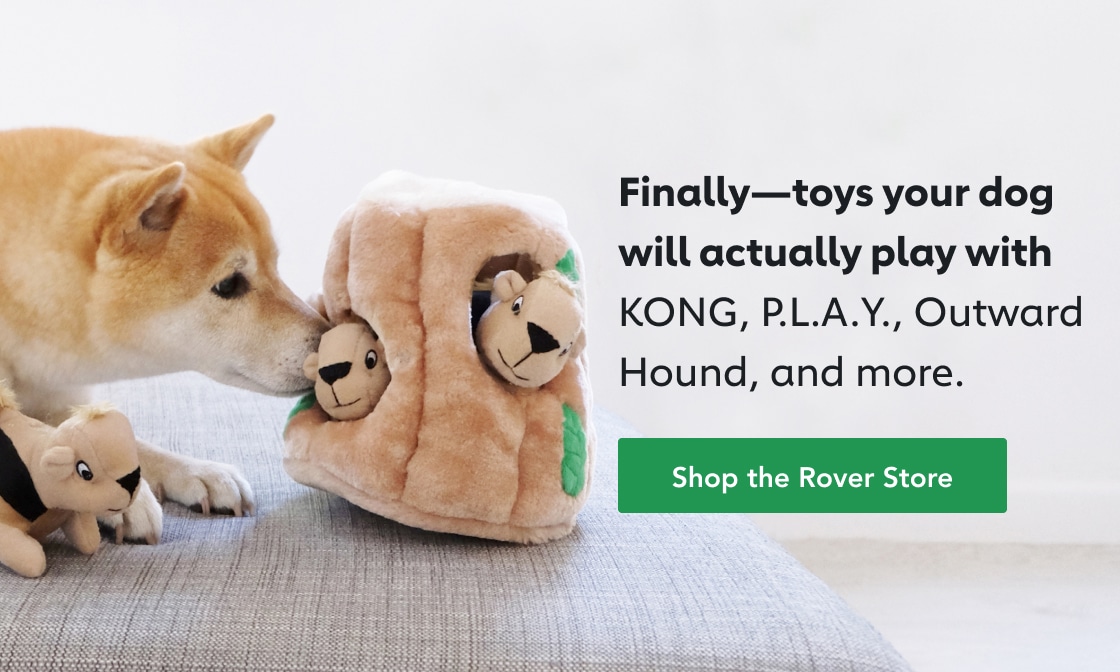 Basset hounds usually run in packs. With their long ears brushing the ground and stirring up the scent of the hunt, these packs were originally trained to drive small prey from their hidden undercover out in the open. Centuries later, using a pack of bassets as “hunting helpers” is still a popular sport in France and England.

The basset hound eventually made its way to the US. It’s said that George Washington was gifted basset hounds after the American Revolution. In 1935, the Basset Hound Club of America was created in the United States. 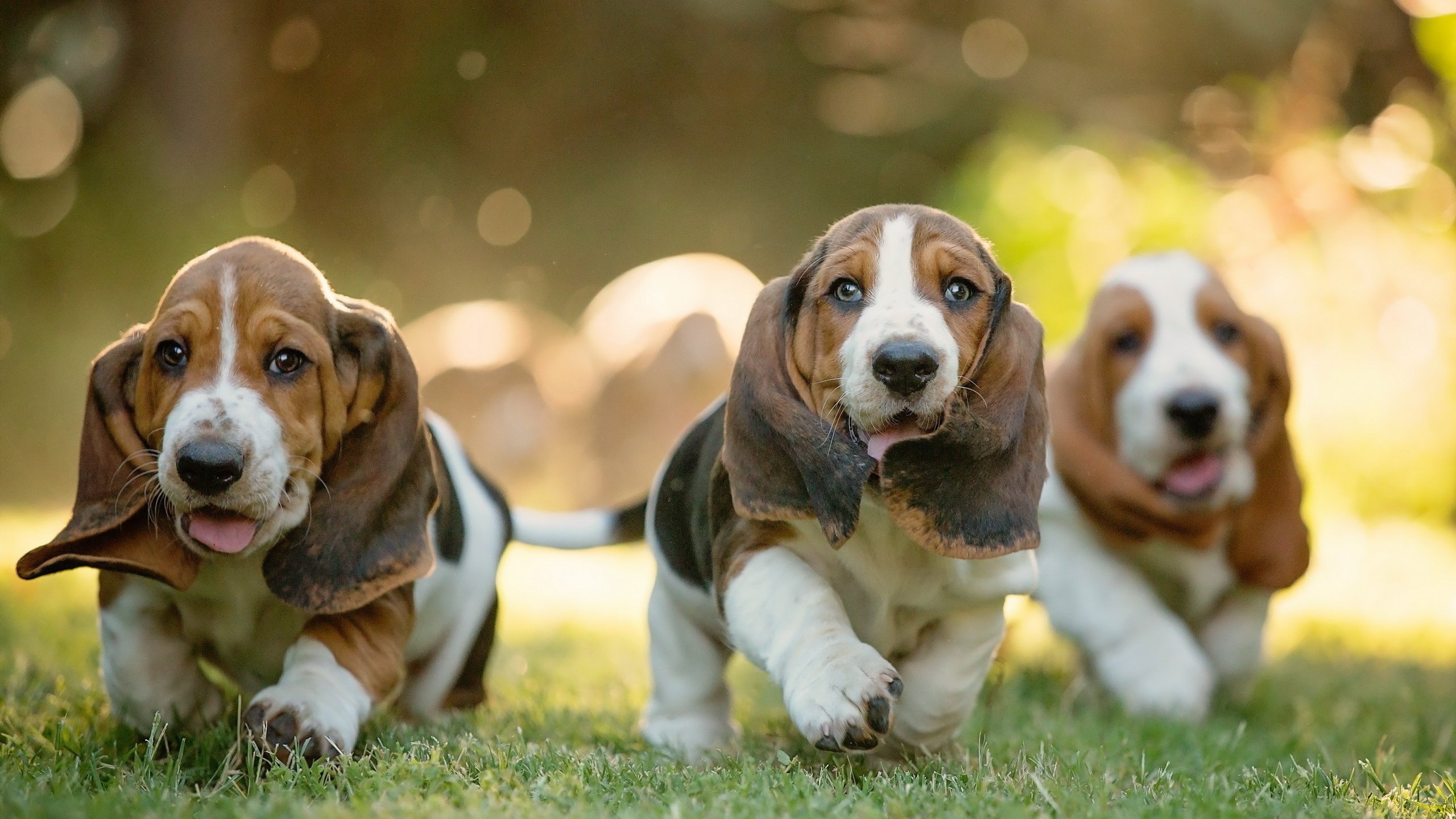 On February 27th, 1928, a basset hound puppy graced the front page of Time Magazine, after being a part of the 52nd annual dog show of the Westminster Kennel Club at Madison Square Garden. Cuteness overload? Here are some facts to know before getting your own basset hound puppy: 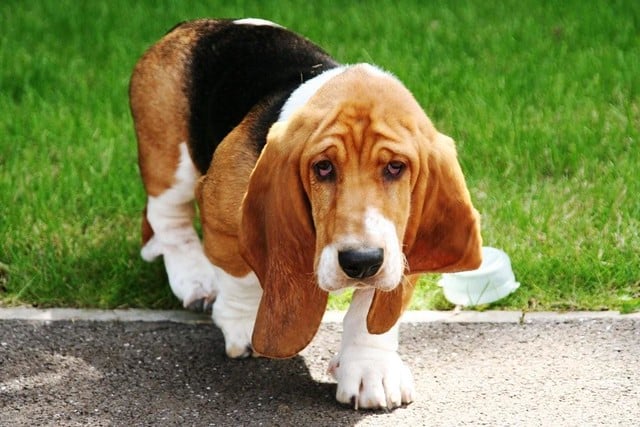 Who is the best human for a basset hound?

Basset hounds are very loyal but tend to be self-sufficient and aren’t overly affectionate. Though they’re on the smaller side in stature, they aren’t always great in small apartment living due to their commanding and distinctive barking. Bassets are great with other dogs and for people who are patient and willing to bond with them over a long period of time.

Getting a basset hound puppy

Whether to adopt or to work with a breeder for your new basset hound puppy is a personal choice that requires research. Thankfully, there are many resources out there to help you find a rescue or breeder that offers healthy, ethically-sourced basset hound puppies.

Knowing what you’re in for when you get a basset puppy is an important step in being a responsible pet owner. Whether you find a responsible breeder or are planning on adopting, prepare yourself for an energetic and friendly addition to your household.

It may be surprising to know, but adopting a basset hound puppy is possible. According to the AKC, most breed rescues report that a majority of their rescue dogs come from individual owner surrender, with the most common reasons being a change in lifestyle or the breed not being right for them. This means that there may be many dogs and puppies out there who are looking for a new forever home.

The main difference between a breeder and a rescue is that a rescue may not always have young puppies to choose from. The benefit, however, is that most are mandated to only adopt out dogs who have been microchipped and spayed/neutered. This means you may end up with a dog who’s already been housebroken and doesn’t need these common medical procedures. You may also find a basset hound mix that has all the traits you want from the breed, but with a little extra thrown in.

After you find the right basset hound puppy, it’s time to prepare your home! Here are a few resources to get you started. 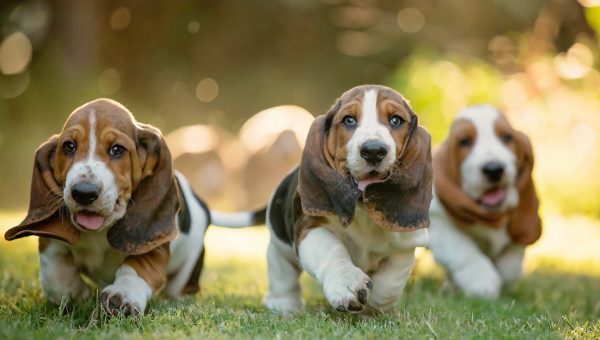