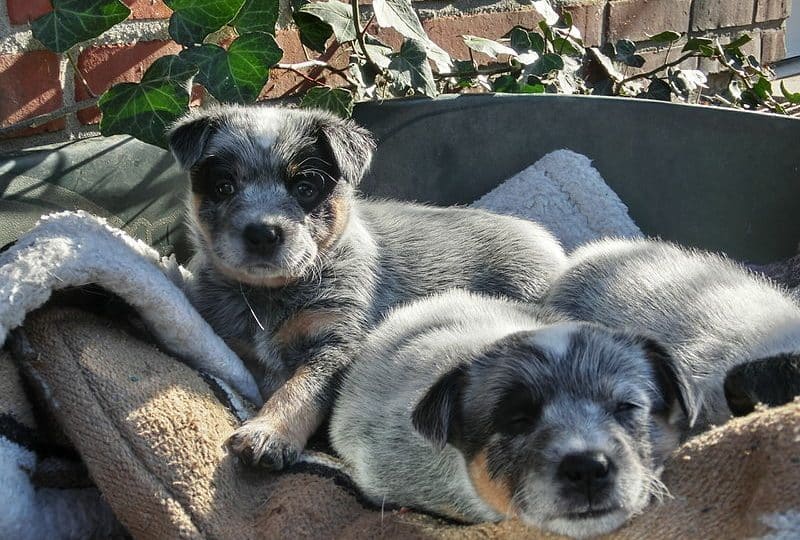 The Australian cattle dog (ACD) goes by many names. Also known as simply cattle dog, Queensland heeler, blue heeler, and red heeler, this highly energetic breed likes to have a job to do and does it well. When heelers are puppies they’re mostly white and grow into their iconic blue or red-tinted fur.

Heelers were born to work. In the early 1800s, Anglo-Australian ranchers moved inland from the coast, which was perfect territory for cattle ranching. Due to British influence, Australian ranchers originally used the British Smithfield breed for herding. Sadly, they were unfit for the hot weather and often rugged terrain of the Australian grasslands, so breeding between different dogs began.

Smithfields were bred with dingoes (wild dogs that were indigenous to the area), and then later bred with the Scottish Highland collie. In the 1840s, a man named George Elliot of Queensland bred in dalmatians. This helped give ACDs their wonderful protectiveness attributes along with their iconic spotted coat. 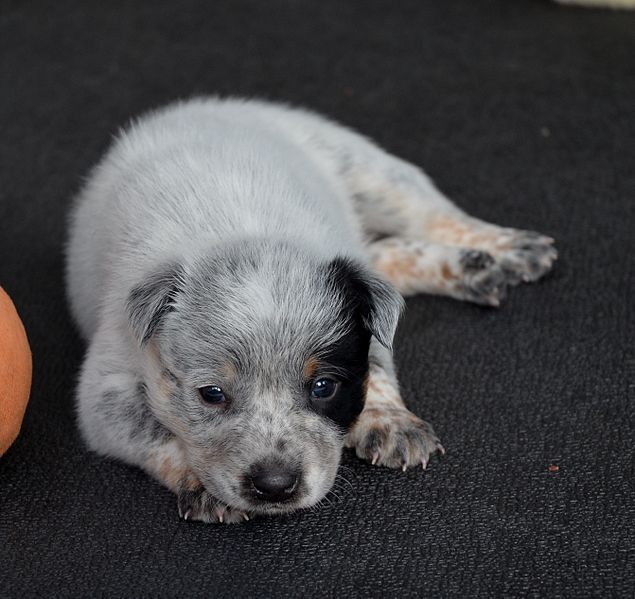 Heelers are known for their energetic spirit, working dog attitude, and beautiful physical attributes. They’re also known to be a little silly. Here are some facts to know before getting your own Australian cattle dog puppy: 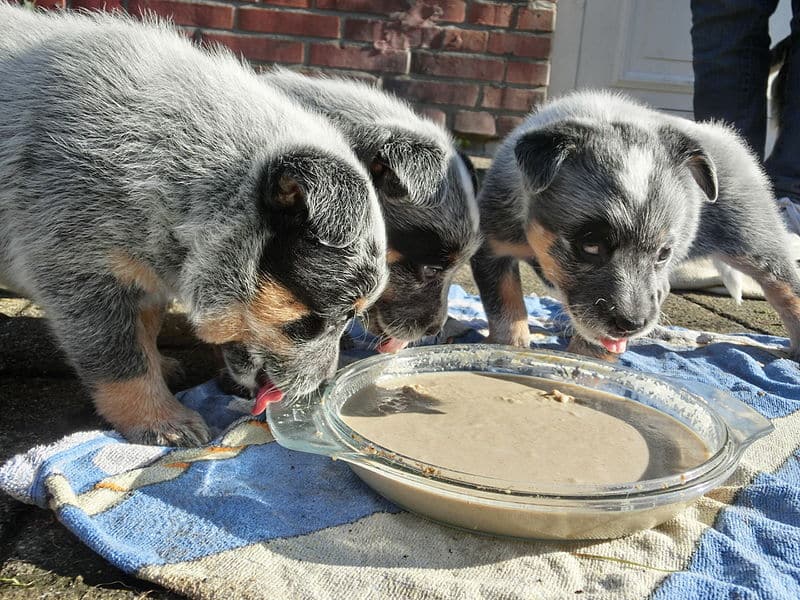 Who is the best human for an Australian cattle dog?

Australian cattle dogs need a job to do. Due to this, the ACDs are not great apartment dogs as they can get bored easily. Consider having a heeler in your life if you’re ready and willing to put in the work necessary to train and exert a ton of energy with this delightful pup. If you love to run or hike or have a big yard where you could play frequent games of fetch, this would make the heeler very happy.

Getting an Australian cattle dog puppy

Knowing what you’re in for when you get an Australian cattle dog puppy is an important step in being a responsible pet owner. Whether you find a responsible breeder or are planning on adopting, prepare yourself for an energetic and friendly addition to your household.

It may be surprising to know, but adopting an Australian cattle dog puppy is possible. According to the AKC, most breed rescues report that a majority of their rescue dogs come from individual owner surrender, with the most common reasons being a change in lifestyle or the breed not being right for them. This means that there may be many dogs and puppies out there who are looking for a new forever home.

The main difference between a breeder and a rescue is that a rescue may not always have young puppies to choose from. The benefit, however, is that most are mandated to only adopt out dogs who have been microchipped and spayed/neutered. This means you may end up with a dog who’s already been housebroken and doesn’t need these common medical procedures. You may also find an Australian Cattle Dog mix who has all the traits you want from the breed, but with a little extra thrown in.

After you find the right Australian cattle dog puppy, it’s time to prepare your home! Here are a few resources to get you started.