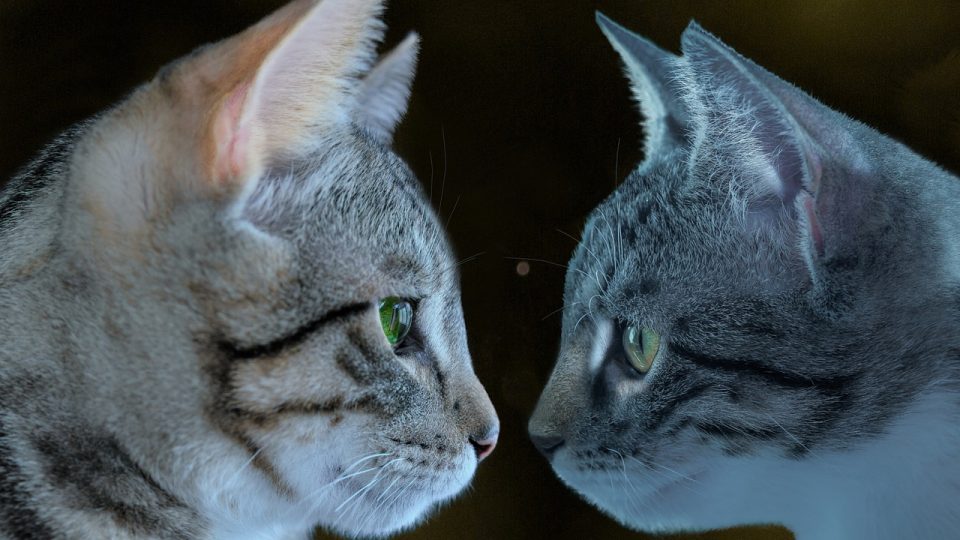 Just like humans, cats express themselves in many different ways. They use verbal communication as well as body language and chemical cues. Not all of their communication is as noticeable as a meow, either. Some forms of feline communication are so subtle that you’ll miss them if you blink.

Another important type of communication that cats use is body language. Not all cats will meow in greeting to each other, but many of them will touch noses as a way to say hello. Rubbing together or hooking tails is a form of affection between cats.

Your cat’s ears, eyes, and tail are especially important in displaying body language—both to humans and to other cats. A friendly, confident cat holds their tail high with ears perked forward. The tail can crook forward when they approach someone they like while rolling over can be a sign of trust. Looking at a cat (or human) and blinking is another way that cats can show that they are open and attentive.

On the other hand, if your cat averts their eyes, if their ears go to the side or flatten, or if they tuck their tail in under their body, it can be a sign that your cat feels uncomfortable or even threatened.

Feeling threatened can bring out aggressive behavior, as well. Aside from hissing or growling, cats show signs of aggression through body language. Some of the signs of this include ears flattened against their head, a lashing tail, bristling fur, and an arched back or tail. 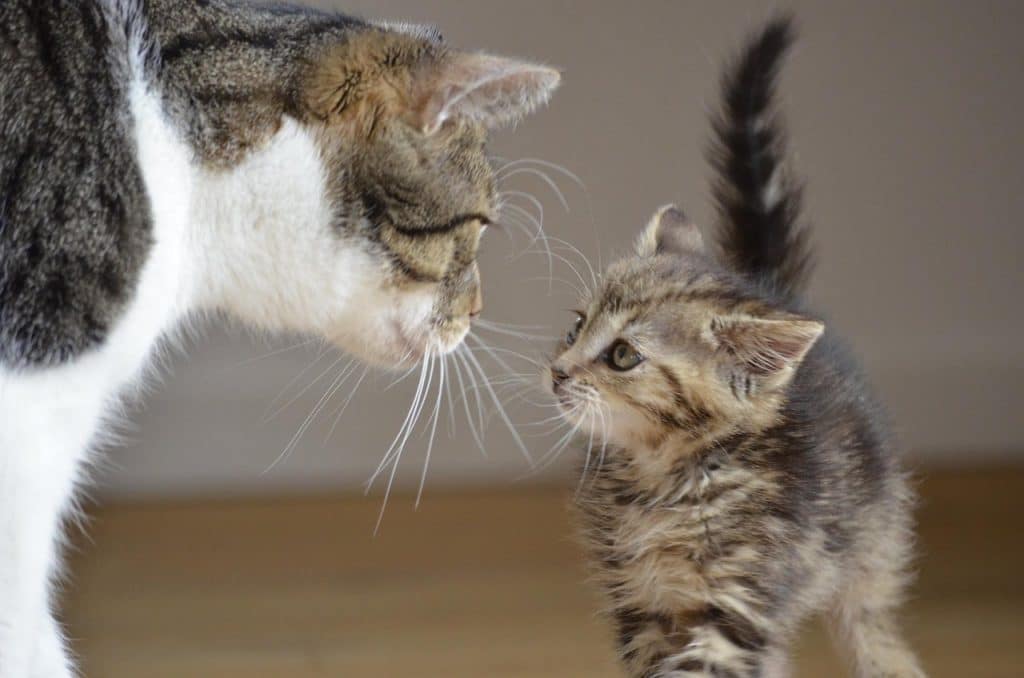 Chemical cues are the last and most subtle form of communication that cats use with each other. You may have seen your cat rubbing against other cats, against you, or against other objects. When they rub against something, they leave pheromones on it. When two cats rub together, they are exchanging scents. When your cat rubs against objects in the house, they are leaving a scent trail to mark their territory.

All The Questions You’ve Ever Asked About Cat Communication–And More!

Yes, cats meow to communicate with each other! They also use many other forms of communication, including trills, hisses, yowls, growls, snarls, body language, and scenting.

Cats and dogs communicate in different ways, but just as we are able to learn to understand the general meaning of cat vocalizations and body language by paying close attention, dogs and cats can learn to read the general meaning, as well. A dog who has never met a cat will often charge in excitedly to play and get slapped in the face. However, a dog who grew up around cats will recognize the signs to back off and will know to approach a new cat more carefully.

The time it takes for two cats to get used to each other varies. The Humane Society estimates anywhere from a few days to a few months. It can take even longer for two cats to form a friendship—up to a year, according to PAWS.

A lot of communication is the same whether your cat is expressing themselves to you or another cat, but PetMD notes that cats are more vocal towards humans than they are toward other cats. This may be because it is the form of communication that we notice and respond to most easily.

Want to learn even more about cat communication? We’ve got you covered. Check out the articles below for even more information about meows, squinting, and insight into even more cat behavior.