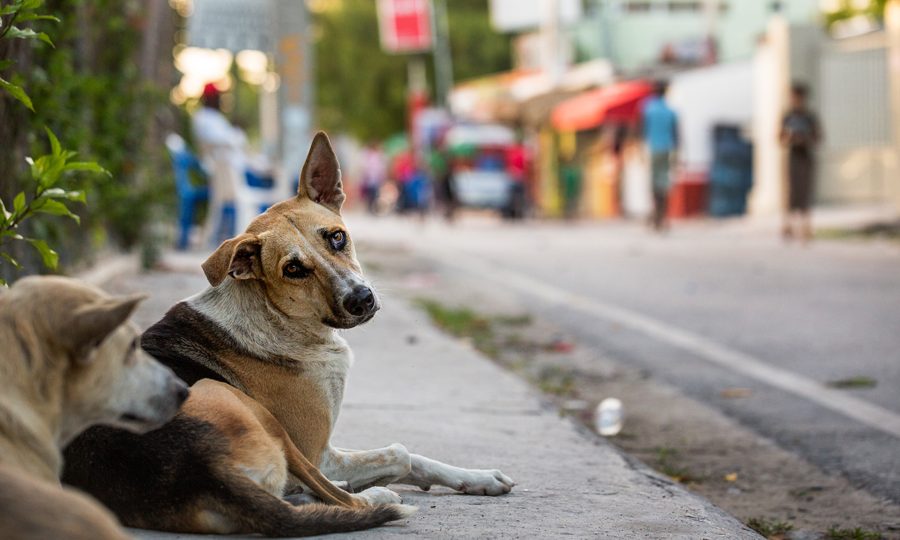 There’s no doubt about it—pet overpopulation is a serious issue at home and abroad. Millions of dogs are euthanized every year and millions more roam the streets in search of food and shelter without a loving family to call their own.

In honor of World Spay Day and Spay/Neuter Awareness Month, we’re highlighting the amazing work of volunteer groups who spay and neuter dogs and cats for a nominal fee, or for free. Some of these groups travel around the world to perform spay/neuter clinics to better the lives of the animals, as well as the communities in which they live. 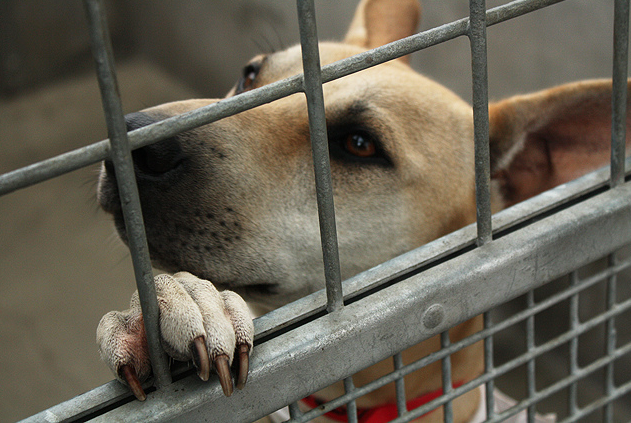 Sadly, millions of dogs who walk into shelters each year will never walk out. Spay/neuter surgeries can significantly reduce the number of animals put down. Image via Flickr.

Sadly, millions of animals are put down in shelters across the United States every year. The ASPCA estimates nearly 3 million companion animals are euthanized for lack of space, money, or available adopters—that’s 31% of dogs and 41% of cats who walk into the shelter but don’t walk out.

With sobering statistics like these, spay/neuter seems like a no-brainer, but there are several challenges to overcome.

There are three primary challenges to convincing pet owners to spay/neuter:

The most obvious—but not always the most prominent—challenge to spay/neuter is cost. The procedure can cost several hundred dollars, depending on the location and veterinarian. Fortunately, there are low-cost or no-cost spay/neuter programs that are either donor-funded, volunteer-based, or a combination of the two, putting the surgery within reach of almost anyone.

The Spay Neuter Action Project of San Diego (SNAP) is one of those low-cost programs, fielding 60 to 90 calls a day for their mobile “Neuter Scooter.”

“Spay-neuter surgery is major surgery, so it’s pricey,” SNAP Director Dorell Sackett says. “What these vets are doing is discounting their price enough that some families can afford to do the surgery.”

The lead veterinarian for SNAP participates in the program because he knows pet overpopulation is an enormous problem, and it pains him to see how many unwanted animals are put down every year.

“It’s just a needless suffering and waste of animal life,” Dr. Terry Paik says. “Spay and neuter is the answer and I’m committed to that.”But cost isn’t an issue unique to the United States—in fact, it’s a bigger issue around the globe. Darci Galati found that out firsthand during a family vacation to Cancun in 2005. She and her daughters encountered an overwhelming number of stray animals, and although they tried to feed and care for the cats and dogs while they were in Mexico, they were devastated knowing the animals would once again be left to fend for themselves once she and her girls returned home.

It was here Cats and Dogs International (CANDi) was born.

“The goal for CANDi when it first started was to find local vets to partner with to provide care,” Executive Director Jami Latham explains. “In the early days, it took a lot more work to get the word out. When we did first-time clinics, it was slower because the locals didn’t quite know who we were or what our intentions were. When we go into Cancun now, there is a line around the block—we are trusted in the community and they know we are coming out to help them and their pets.” 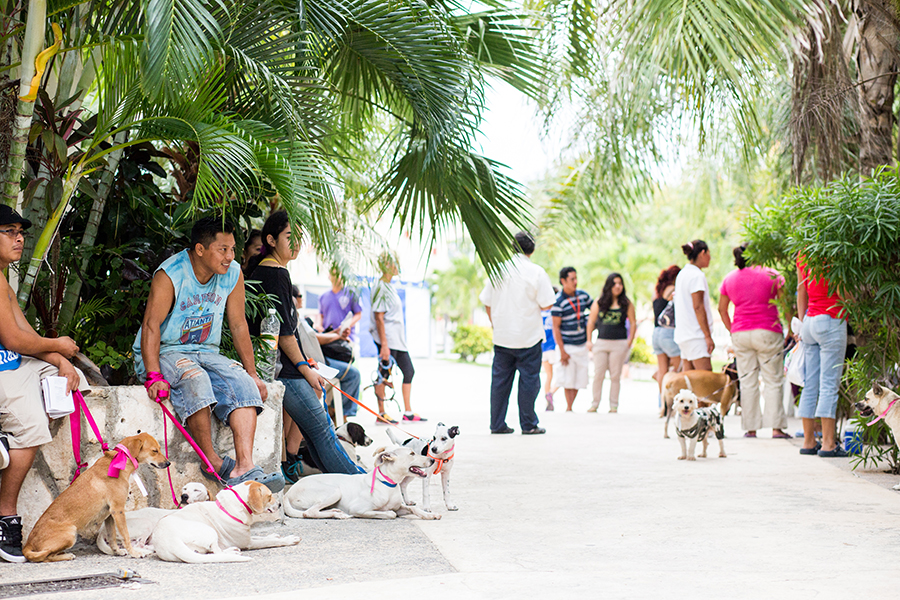 Locals line up around the block for CANDi clinics. To date, they’ve spayed or neutered approximately 10,000 animals. Photo courtesy of Tracey Buyce Photography.

CANDi Board Member Tracey Buyce is also a photographer who chronicles the clinics. On a recent trip to Cancun, she spotted a pregnant dog carrying a garbage bag down the street. They tried to track her down but were out of luck. Amazingly during their next visit, they found the dog they dubbed Serendipity as well as her family, all residing in a dump.

“It was a husband, a wife, and their four children, including an 18-month-old daughter with a heart condition,” Buyce says. “They were very kind people, they were just very poor.” 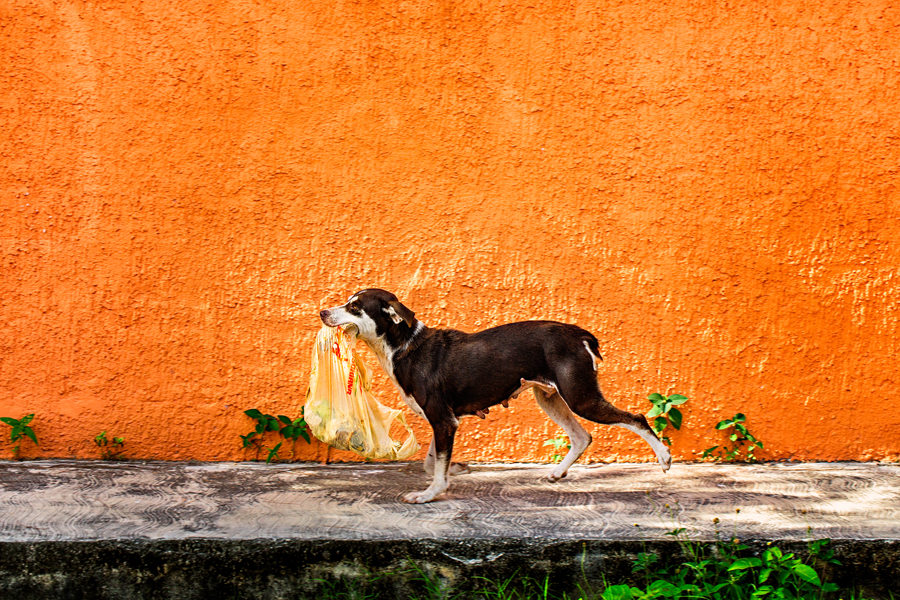 “Serendipity” was spotted digging through the garbage, but she wasn’t homeless. She was one of four dogs who lived in the dump with a family of six. Photo courtesy of Tracey Buyce Photography.

The family not only had Serendipity, but three other dogs and a litter of puppies. With only a motorcycle to get around, they had no way of getting the dogs to a CANDi clinic.

“These are communities in such poverty—it’s poverty people in the U.S. can’t even imagine,” Latham says. “This family literally cannot put a roof over their head but they need to provide preventative care for the family pet? When you’re fighting for survival, you can’t even begin to think about that sort of thing.”

CANDi found homes for the litter of puppies and performed surgeries on the four other dogs, including Serendipity. In their ten years of operation, CANDi has provided spay/neuter surgeries for roughly 10,000 animals. Each clinic runs five to seven days at a cost of $15,000 to $20,000. They are all volunteer based, including travel expenses, and participating veterinarians pay a fee to take part in the program.

“These are people taking their vacation time to fly down and work 10-hour days in sweltering heat on a concrete floor to spay and neuter hundreds of animals—they’re selfless,” Latham adds. “And they are making an impact. The communities we’ve served have seen a sharp reduction in strays over the course of time.”

CANDi volunteers often work through challenging circumstances, sometimes without electricity (at left, in the Dominican Republic with car headlights and headlamps) and often improvise to get the job done (at right, Executive Director Jami Latham hangs an IV bag on a ladder). Photos courtesy of Tracey Buyce Photography.

CANDi has turned their efforts abroad towards resort communities. According to Latham, during high tourist season, the resorts and local governments routinely round up and gas large groups of stray dogs and cats to make the locations more attractive to visitors.

CANDi is working on establishing more animal-friendly policies in these locales that can be win-win, such as the creation of “cat cafes”—designated safe havens for feral cats and in turn, the cats keep rats at bay.

The acceptance of spay/neuter practices varies widely across the United States. Rhode Island is currently the only state with mandatory regulation to spay all cats unless the caretaker has a breeding permit or it would endanger the life of the cat. Various counties have laws in place to require sterilization—Los Angeles County has one of the strictest. Thirty-one states require spay/neuter in order to adopt an animal from a shelter or rescue organization. They are:

But then there are states like Hawaii and Mississippi, states where those in the rescue world say the resistance to spay/neuter is a cultural problem.

“It’s just not something people there think about,” Rancho Coastal Humane Society Spokesman John Van Zante says. “And they have more animals than they know what to do with. They continue to have litter after litter of unwanted animals and depending on where they are in the country, they may end up somewhere with limited space, limited money, and a limited number of adopters, so it’s not a bright future for the animals in those situations.”

But how exactly do you convince a large group of people that spay/neuter is the answer? The Humane Society believes it lies in education.

“We really need to start with children—talk about being humane, talk about sometimes there are more animals than have homes,” Van Zante says. “Often time, kids are the ones who go home and teach their parents. When you’ve got your kid telling you there are a lot of dogs who don’t have homes and their lives aren’t very happy, you pay attention.”

The myths surrounding spay/neuter surgeries seem to be more a deterrent for some than cost. How many of these myths have you heard?

The fact is, none of these are actually true, and the benefits of spay/neuter far outweigh the potential risks. Veterinarians agree, spay/neuter not only reduces the pet population—therefore reducing the number of unwanted animals being euthanized every year—but it also significantly lowers the risk of mammary gland tumors/cancer, prostate cancer, perianal tumors, pyometria, and uterine, ovarian and testicular cancers. It also decreases the urge to roam, and aggression issues associated with dogs in heat.

It’s estimated dogs who have been spayed or neutered live an average of 1 to 3 years longer than unfixed dogs, and fixed cats live 3 to 5 years longer.

“When we accept a pet into our homes and our families, it’s a mutual commitment,” Van Zante says. “We are their whole life and if something as simple as having your pet spayed or neutered will increase the length of their life and the quality of their life, it’s such a small price to pay.”

How You Can Help

For starters, spay or neuter your pets! Find a low-cost clinic if the price is an issue. Help debunk the myths and spread the word of the benefits of spay/neuter. Even better, find a local low-cost spay/neuter organization near you and volunteer to help.

“Veterinarians aren’t the only people involved—we need volunteers or workers who have other skills,” Latham says. “Groomers, dog walkers, registered vet techs, people who have dog-handling experience who can transport dogs from their owners to the back of the clinic, or even people who speak Spanish who could be translators—everybody plays a critical role.”