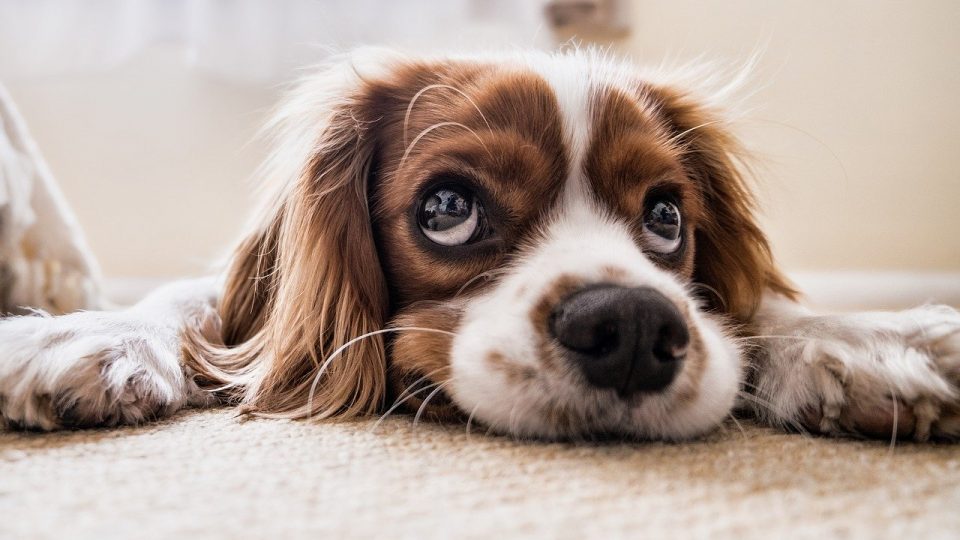 A dog’s nose isn’t just an adorable part of their face, it’s an important survival tool. Unlike humans, who generally rely primarily on sight, dogs use their sense of smell to navigate the world around them. They’ve evolved to have quite a powerful olfactory system, and they innately know how to make the most of it.

Dogs have cold, wet noses because, put simply, wet noses are more effective than dry ones. They keep their noses wet to maximize their ability to gather information about their surroundings.

A wet nose also serves to help dogs regulate their body temperature, as it cools the snout area and tempers the air that enters their bodies. 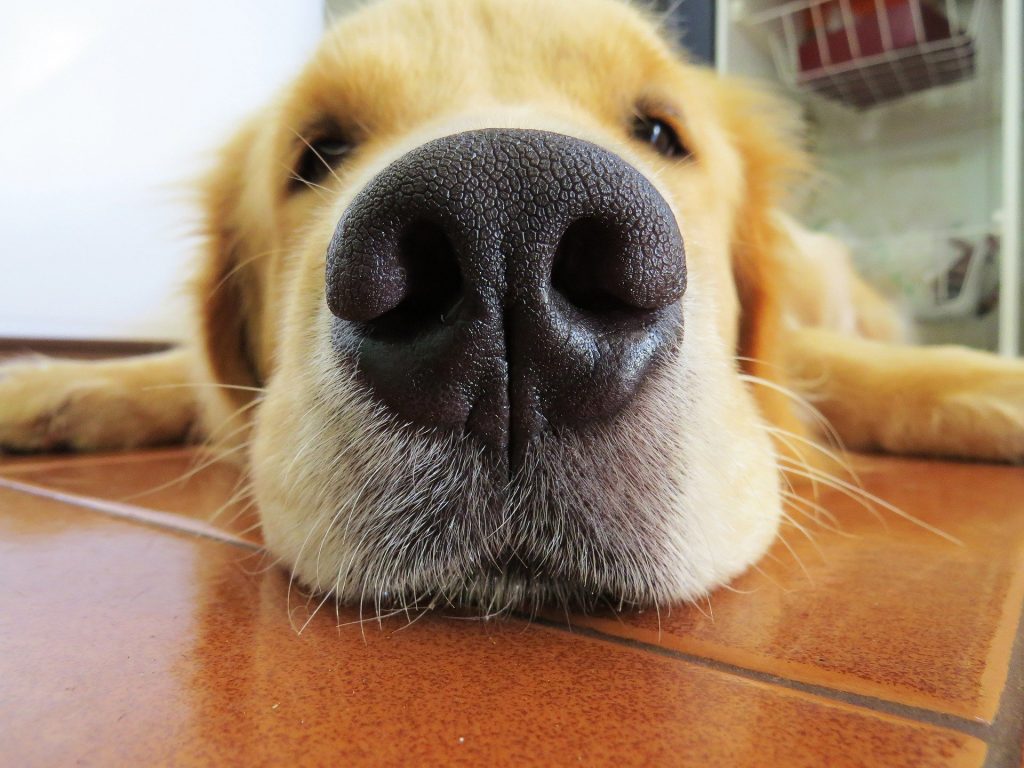 How Do Dog Noses Get Cold?

Dog noses actually aren’t inherently cold and wet. Catch your dog after a nap and you may find that their nose is dry—nothing is wrong, they just simply haven’t licked it in a while because they’ve been sleeping. That’s right: dog noses are often wet because they lick them!

Additionally, there are special glands in the lining of their noses that produce mucus. When dogs lick their noses, it distributes the mucus on the outside as well, leaving a thin film. This coating of mucus further helps to keep the nose moist.

Why Do Dogs Keep Their Noses Cold?

Dogs have cold, wet noses because it improves their ability to navigate their surroundings. Through scent, they are able to analyze particles in the air and gather important information. “Having a wet nose helps to capture these small scent particles in much the same way that a wet cloth picks up dust better than a dry one,” Stanley Coren Ph.D., D.Sc., FRSC, writes on Psychology Today.

Dogs also lick their noses because they have a special scent-processing tool called Jacobsen’s organ. It’s located on the roof of their mouth and acts as a second olfactory system.

When a dog licks its nose, scent particles that had stuck to the external layer of mucus transfer to the mouth where they can be processed. The Jacobsen’s organ is so extraordinary, it can even detect odorless substances.

Because they have such a powerful sense of smell, dogs are able to tell quite a bit about a given stimulus from just a quick sniff or two.

For instance, when stiffing another dog, they can tell whether the dog is male or female, what it ate that day, its mood, how healthy it is, whether it’s available for mating, and more. A cold, wet nose is more effective at picking up this important data to help dogs make better choices on how to interact. 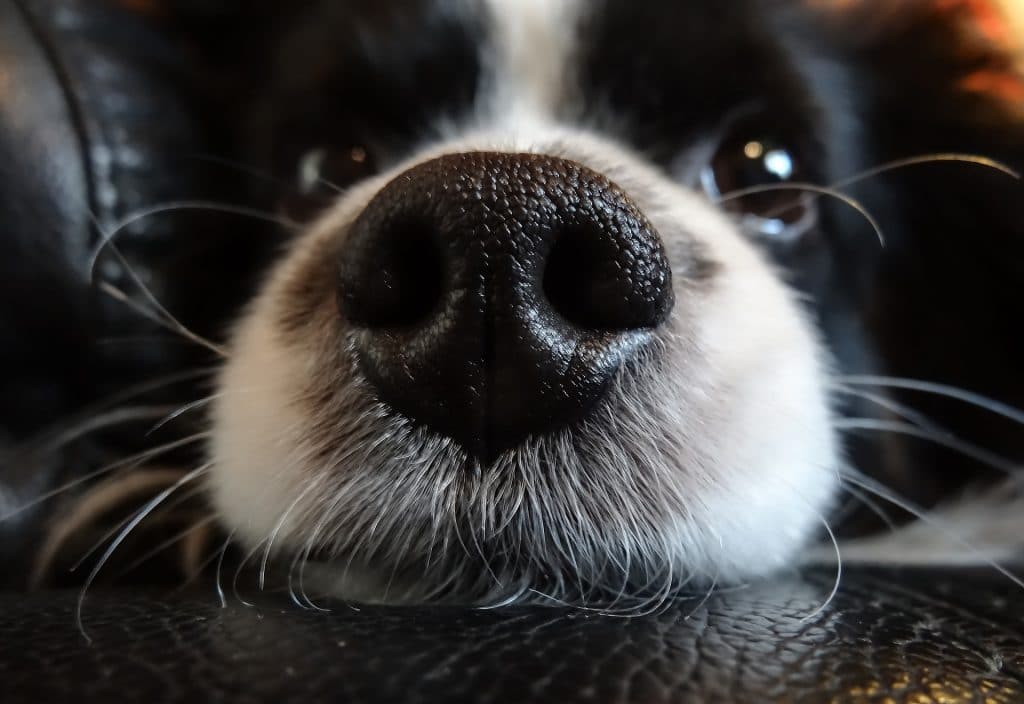 What a Dog’s Nose Can Tell You About Their Health

While dogs’ noses are usually cold and wet, a change in the state of their nose doesn’t necessarily mean something is wrong. Fluctuations in the temperature or wetness of a dog’s nose are perfectly normal.

Subsequently, it isn’t the best indicator of a dog’s overall health. “Dogs can have moist noses because they’re healthy, and they can have moist noises when they have a nasal disease. It’s just not a reliable sign,” as Steven Marks, DVM, told PetMD.

Instead, changes in behavior can give you more information about your dog’s health at large. 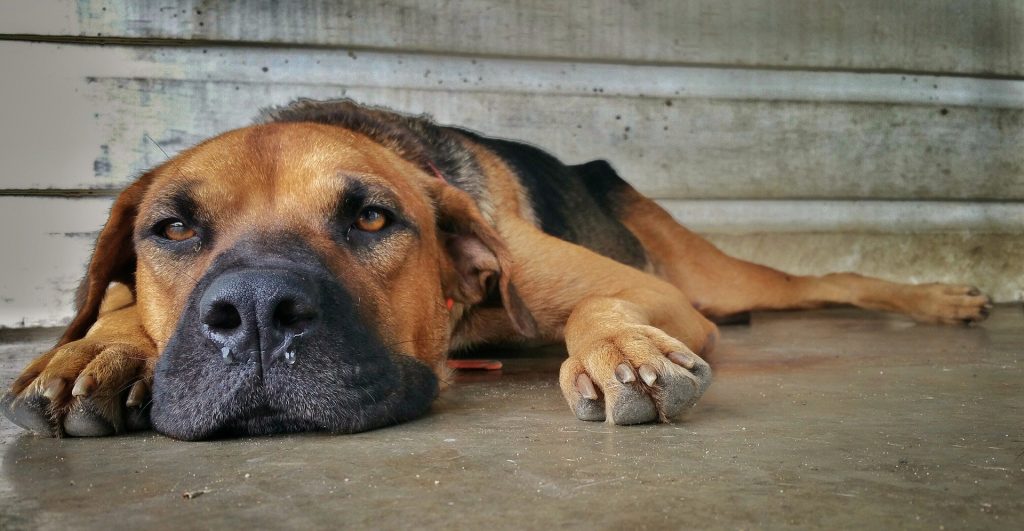 Signs of Illness You Can Detect from a Dog’s Nose

While not every change in a dog’s nose warrants a trip to the vet, there are times when it’s worth getting it checked out. A dry nose is not necessarily indicative of health problems on its own, but if your dog is showing additional symptoms, it’s best to have your vet take a look.

On the other hand, while a wet nose and clear nasal discharge is considered normal, excessive discharge is not. As Lynn Buzhardt, DVM explained to VCA Hospitals, if your dog’s nose seems snotty and if it’s thick or discolored, it’s time to head to the vet. “Nasal discharge can indicate respiratory infections or even foreign bodies in the nasal passages,” she wrote.

The skin around a dog’s nose can also provide clues about their health. If it’s red, cracked, inflamed, or has open sores, be sure to have a professional take a look.