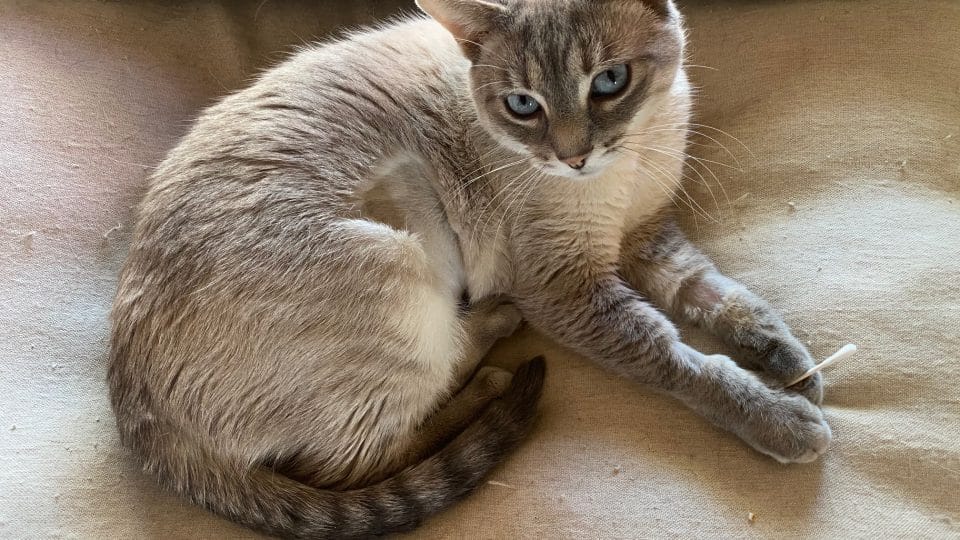 Dogs usually get all the attention for their proficient sniffers but the fact is that cats also have highly developed olfactory systems, allowing them to find out all kinds of things with their cute little button noses. It can be a little disturbing though when those cute button noses lead kitties to things we humans wouldn’t consider inherently sniffable–in particular, ears and the stuff that can come out of them. What is about earwax that some cats get so excited about?

The simplest explanation, and the one that has a bit of science behind it, is earwax smells good to kitties. If you think about it, earwax doesn’t really have an unpleasant odor (if it does, you should get that checked) and is just made up of dead skin cells, fatty acids, and the like. Because cats are drawn to and survive on animal proteins, this combo–whether it comes for your ears, your dog’s ears, or another cat’s ears–is simply a source of protein to them.

Because kitties have only around 500 tastebuds, whereas humans have anywhere from 2,000 to 5,000, they don’t taste things the same way we do. For example, cats don’t taste things as “sweet”. So, if you have a kitty that loves cake icing, it’s more likely the fat she’s attracted to than the sweet taste from the sugar.

To make up for their lack of tastebuds, cats have developed a keen sense of smell to guide them to food. Dr. Carly Patterson, a clinical assistant professor at the Texas A&M College of Veterinary Medicine & Biomedical Sciences, notes that while cats have fewer scent receptors than dogs, they actually “may be better at discerning between different smells.” Though some may see this as proof that cats really are more discerning than dogs when it comes to what they eat (you know, like poo) it really just shows that cats use their noses more than their tongues for taste. So, things that contain the smells of fats and proteins will be yummy for cats–whether it’s an can of cat food can or, in the case of this discussion, your earwax-coated earbuds. 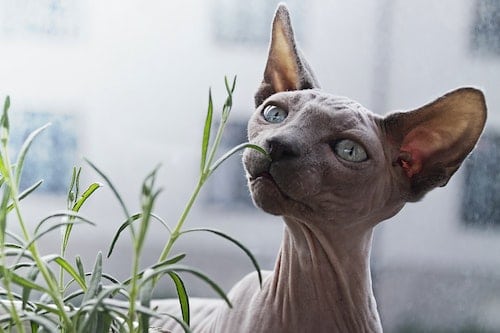 If you’ve ever watched cats mutually groom, you probably noticed they spend a good amount of time on each other’s ears. Not only is this because of the yummy earwax but grooming forges stronger bonds between cats and their loved ones, including you.

If your cat is intent on trying to clean out your ears, she’s likely not sending you a signal that your ears are dirty, just that there’s some good stuff in there. While you may, or may not, find this cute, it’s generally not a good idea to let your cat do it. Cat saliva contains bacteria that you wouldn’t want getting into any scrapes or tears in your tissue, not to mention a lot of cats have pretty stinky breath. Also, despite popular belief that cat dander causes allergies, it is a protein in cat saliva that causes nearly two-thirds of human allergies to cats. So if you, or someone else who likes to chew on your ears, may suffer from kitty allergies, you may want to give kitty a gentle shoo toward something more appropriate for licking, or give them one of these cat toys. 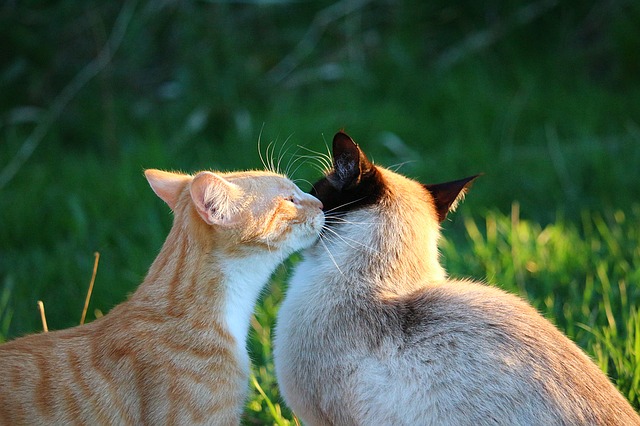 Does my cat have earwax?

Cats do have earwax but their ears are pretty much self-cleaning, which is handy since you shouldn’t need to clean your kitty’s ears unless you notice a strange smell or coloration in there. In some cases it can just be a whole lot of dirt but other things can be more serious, such as infection caused by mites. As the experts at VCA Animal Hospitals point out, ear infections are not as common in cats as they are in dogs so if you are concerned, take your kitty in for a visit. Once your vet has had a chance to examine your cat, they can guide you as to if and how to clean your kitty’s ears. If you need a refresher, the folks over at PetMD even have a handy guide on doing so.

What can I do to keep my cat from eating earwax?

Get a covered or flip-lid garbage can for your bathroom: a covered can keeps kitties from getting into, or toppling over, your disposables. This is a good idea not just for keeping used ear swabs out of their paws, but also protects them from things that can be dangerous if ingested such as dental floss, used earplugs, or discarded products containing essential oils.

Creative storage: When not using, keep things like earbuds in a place kitty can’t reach. Don’t forget to clean them too, as earbuds are increasingly responsible for human ear infections.