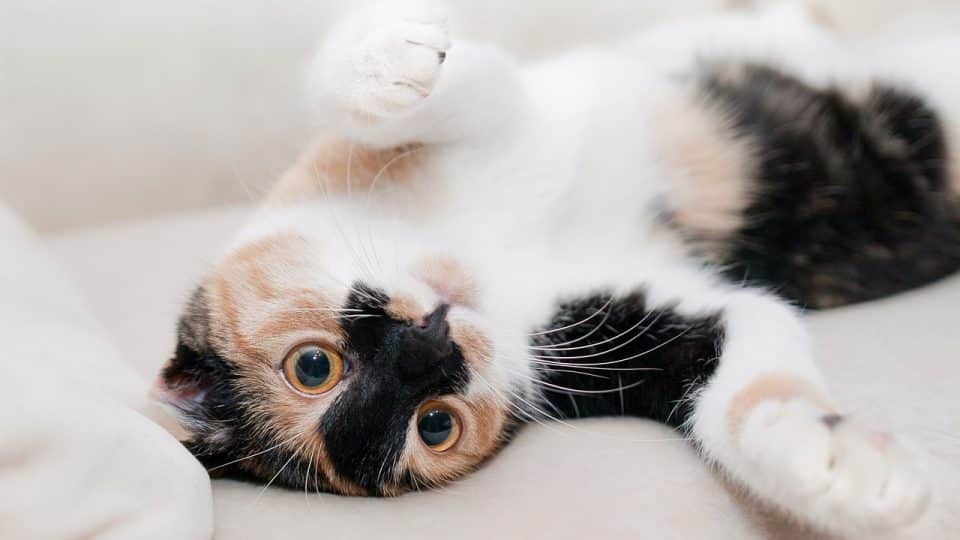 Ask any cat person, and they’ll tell you why their cat is the cutest. For instance, my cat Margot has the softest, fluffiest fur, and the prettiest, roundest green eyes, and she makes the most adorable little mewing noises for attention. She’s just sooo cute! But it turns out, there’s a reason those particular features make me ga-ga for her.

The science of cute (yes, it’s a thing) explains why cats are so cute, and why we want these meowing purring, scratching, pooping creatures to live in our homes. 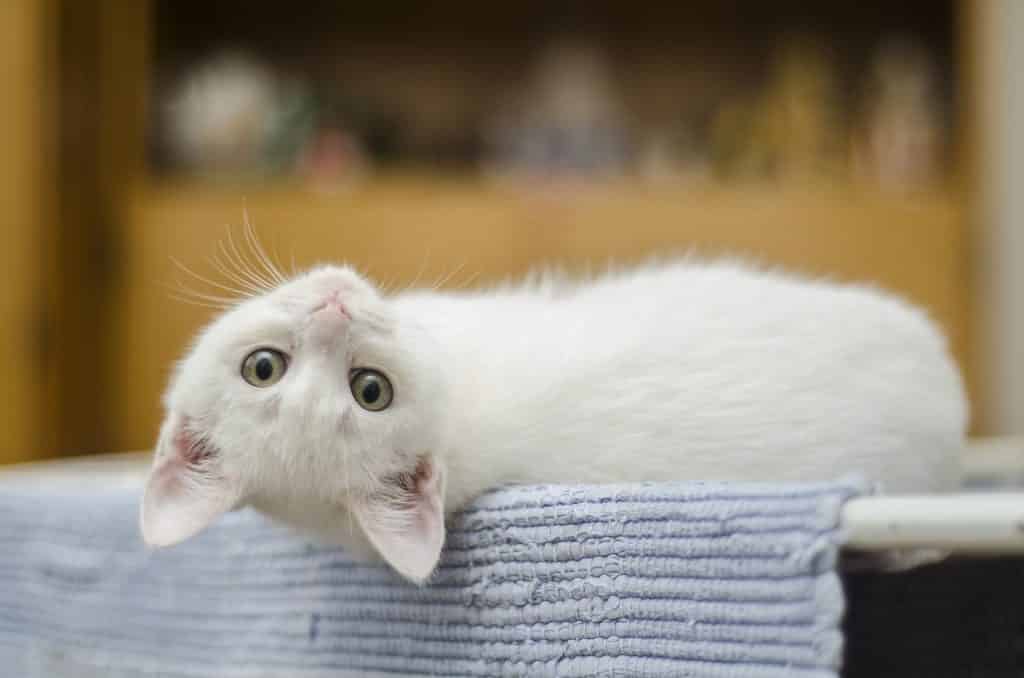 Before we get into the specifics of cat cuteness, let’s talk about what “cute” means in general. If you look it up on Wikipedia, there’s actually a recognized set of characteristics that determine “cute,” all fitting under the German word kinderschema (source). They are:

Human babies are the original source of these characteristics. Scientists theorize that appearing soft, vulnerable, and loveable is an evolutionary adaptation that ensures survival. In other words, babies are cute so that adults will take care of them!

But it’s not just human babies who trigger our caretaking instincts; kittens, puppies, lambs, and other baby animals make us feel the same way. And so do adult mammals who retain their “kinderschema.”There’s a scientific term for that, too: neoteny, or “the retention of juvenile features in the adult animal.”

Of course, not all adult cats have big heads or round eyes. But most of them have soft, rounded body shapes. They have fur that’s pleasing to touch. They make high-pitched, baby-like meows and comforting, rumbly purrs. Cats are chock full of cute characteristics that make humans want to take care of them.

How your cat’s cuteness affects your brain 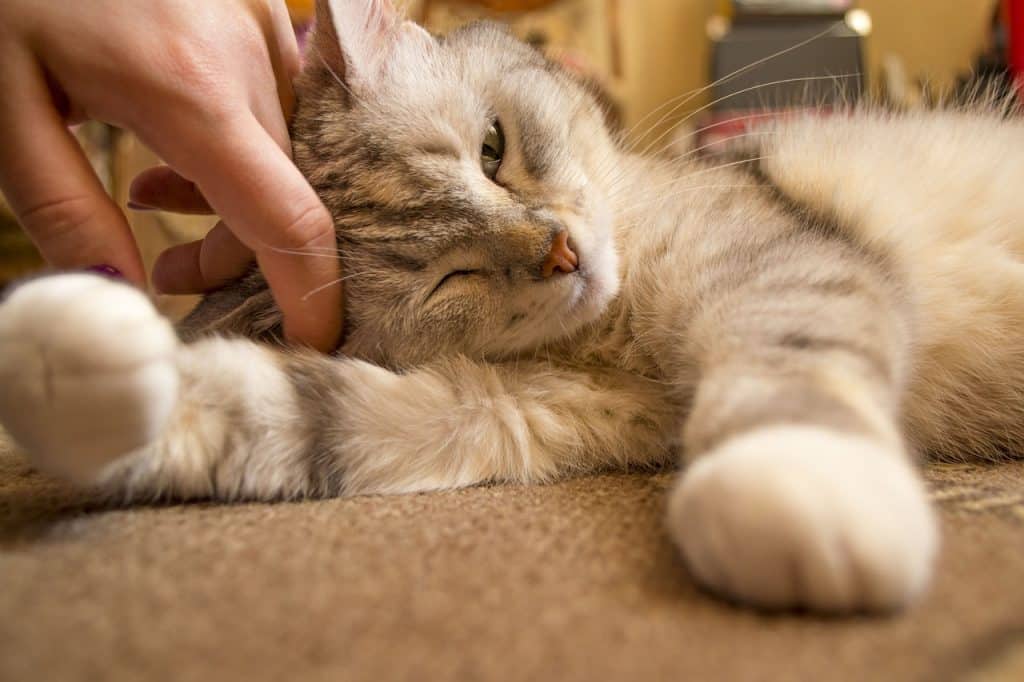 As explained in this video from National Geographic, when the human brain recognizes the features of “cuteness” (whether in another human or in a cat) two things happen:

In other words, when you see your cat do something extra-cute, your brain simultaneously tells you to protect it and rewards you for doing so. That may explain why I still love my cute cat Margot even when she pees on my dirty laundry. It also explains why kittens, in particular, set off our “squee” response.

Another term for all this: “cute cues.” As explained by the New York Times, “cute cues are those that indicate extreme youth, vulnerability, harmlessness, and need.” And people have a pretty low bar for cuteness, so anything that strikes us as even a little bit baby-like can elicit an “awww” response.

How cats got so cute 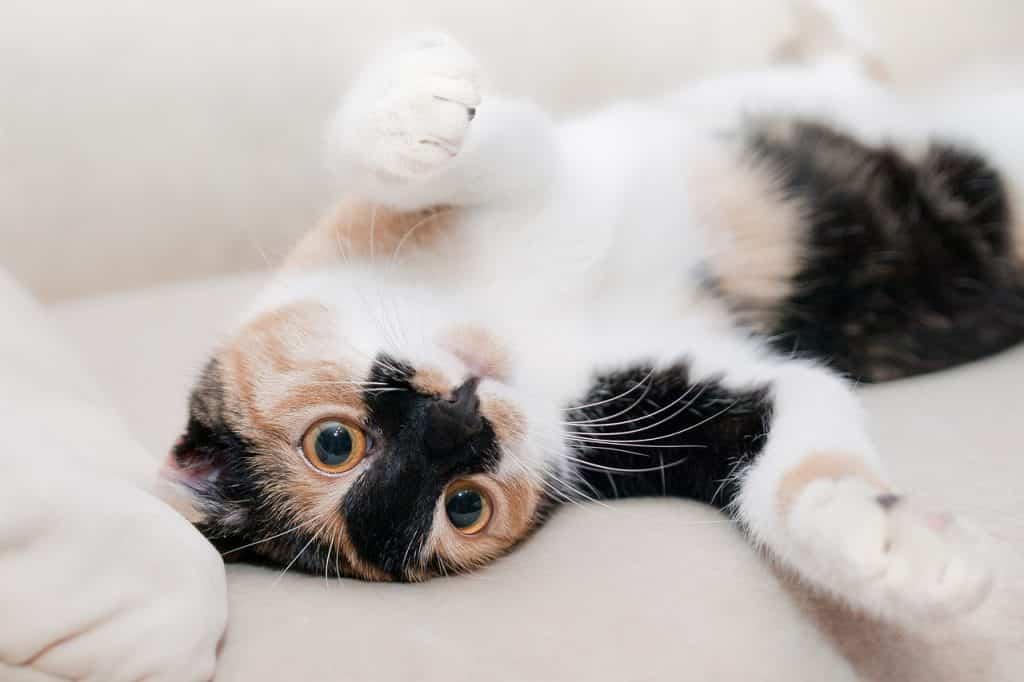 However, if you’ve lived with a cat, you know that sometimes their features can be downright brooding! So why are cats so cute, even if they aren’t wide-eyed and round-featured?

One possible answer: conditioning. Humans have been living alongside cats for hundreds of years. At this point, we’re used to thinking of them as cute, even the ones who are less baby-faced. In fact, according to British anthrozoologist John Bradshaw, author of the book Cat Sense, cats’ “rather unexpressive faces” may make humans want to protect them even more.

Sound counterintuitive? Bradshaw says it’s all about projection: we humans come up with our own ideas about what a cat is thinking or feeling (source). And for many people, living in a society that values pets and makes cute cat videos go viral all the time, we often project vulnerability.

In other words, cats are cute because humans decided they were cute. 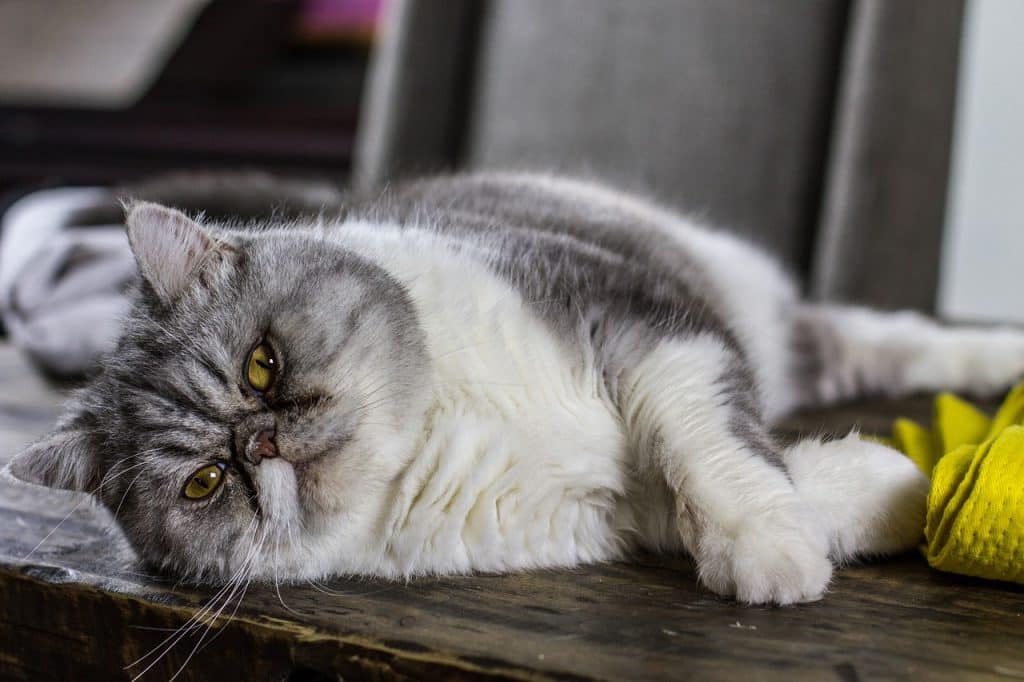 Beyond the classic “characteristics of cute,” we humans and our brains can see cuteness in all sorts of features. It may simply be that we naturally assume smaller creatures need more care. Or maybe we’re just conditioned to think of cats as cute.

Personal taste comes into play, too. After all, some people have different cuteness cues than others; it explains why some of us prefer smush-faced cat breeds and others go for sleek, pointy-eared cats.

I’m conjecturing here, but given our brain’s response to “kinderschema” and our innate need to nurture, it seems possible that cuteness isn’t just a list of attributes. Cuteness is a matter of taste. And at the end of the day, you probably don’t need an explanation for why your cat is so cute.

Cats seem more independent than dogs, sure, but they need attention, play, and treats when you’re gone, too. Your great cat deserves great cat care. You’ve found the best cat name, so now it’s time to find them the perfect cat sitter.

If you’re adding a kitten or a newly adopted cat to your family, these articles will help you both get off on the right paw.