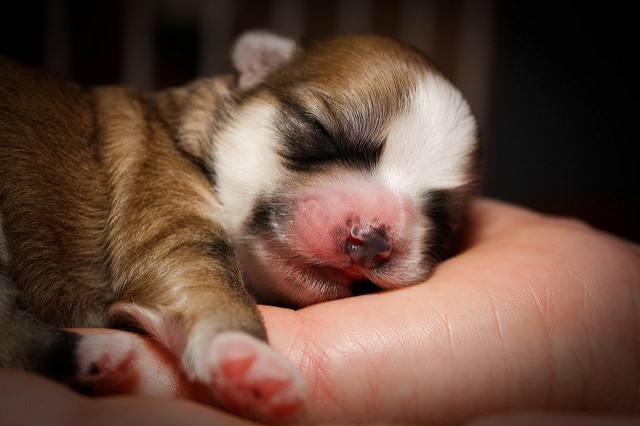 Oh sweet puppy breath! Enjoy it while you can, because that distinctive odor will disappear by the time your roly-poly pet is four to six months old.  Just what is that smell and why can’t it stick around a little longer? Turns out there’s more involved than mother’s milk and clean teeth.

“There’s a lot of things involved in breath, some of it is going to be from the mouth,” says Dr. Mary Buelow, Assistant Professor of Clinical Dentistry and Oral Surgery at the University of Pennsylvania. “Some of it is the GI (gastrointestinal) tract, some of it is just the bacteria that are normal in there.”

This change in breath odor coincides with both teething and weaning. Puppy mouths go through a lot of changes over their first six months, and all of this accounts for puppy breath.

During this period, “everything in the GI system and mouth is still developing,” Buelow says. “Especially as teeth start to erupt.”

Buelow doesn’t think the type of puppy food you use makes much of an impact, because she sees a lot of young puppies and they all have basically the same breath.

“That’s another theory…that maybe puppy breath has to do with the (mother dog’s) milk, but I think it continues in some dogs past weaning,” she says.

How to handle teething 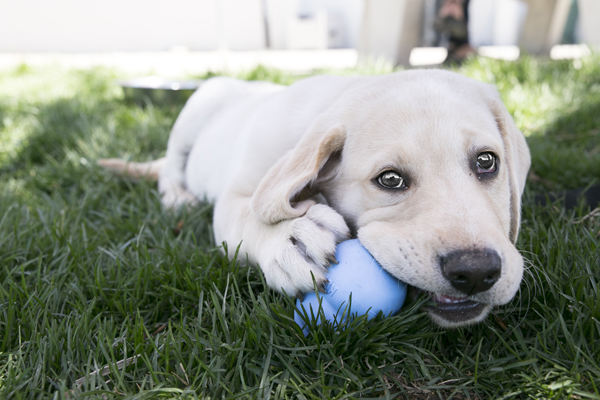 Puppies explore their world face-first and use those new teeth to chew on just about anything. They like to chew, Buelow says, not only because they’re teething, but because they’re puppies and have too much energy. She recommends that puppies get a lot of exercise to alleviate some of that chewing behavior.

Teething should not involve a lot of pain, but a frozen washcloth or soft frozen chew toy can be soothing. Be careful when choosing chew toys.

“As a dentist I like to avoid things that are really hard, because I see a lot of dental fractures,” Beulow says. “Avoid things like the really hard bones that have no give, and ice. For teething itself, the Kong toys, rubbery toys that you can put stuff in are really good, and softer chew toys.”

The American Kennel Club suggests avoiding cooked bones that could splinter, rope toys that can be pulled apart, and rawhides with large knots that can cause blockage. Their roundup of best and worst chew toys for puppies can be found here.

When bad puppy breath means a trip to the vet

If your puppy’s normally sweet breath suddenly has you backing away, there’s no need to panic. They do get into everything. A bad smell is probably temporary, due to something they should have politely avoided eating, like poop.  Or it could be the unpleasant, but normal, metallic smell of blood that comes with losing teeth. Pieces of sticks or other scraps could get caught in a young dog’s mouth and cause a problem, so if an atypically bad smell happens and doesn’t resolve quickly, do call your vet.

Dogs past the age of three are more at risk for serious periodontal disease or other serious mouth issues. The American Veterinary Medical Association has a list of symptoms to be taken seriously, including:

You’ll save yourself a lot of trouble and expense down the road if you start brushing teeth when puppies are small. Begin by just getting them used to having your fingers or a brush in their mouths, and work up from there to brushing daily, or at least several times a week.

If you don’t know how to brush a dog’s teeth, check out the American Kennel Club video below, where Dr. Andrea Tu demonstrates on a Boston Terrier with the pearly whites of a beauty pageant contestant.

“The number one things you can do for a dog’s teeth is brush, just like in a human,” Buelow says. The second thing is chewing and the third things is additives and things like that.”

Buelow recommends products approved by The Veterinary Oral Health Council. Their list of food, treats and water additives to help dogs avoid tarter buildup and plaque can be found here.

We can’t say exactly why puppies have that special breath. You can, however, help keep their mouths and teeth healthy, and breath relatively fresh, by brushing and buying the right snacks and chew toys. 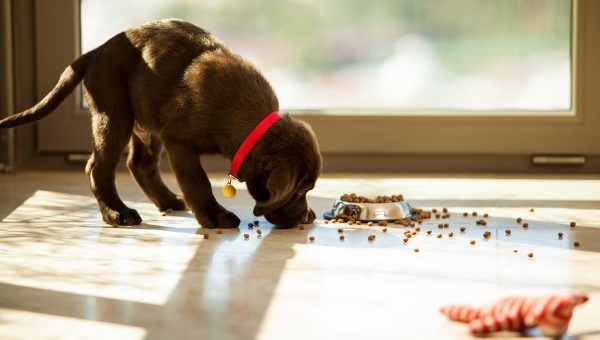