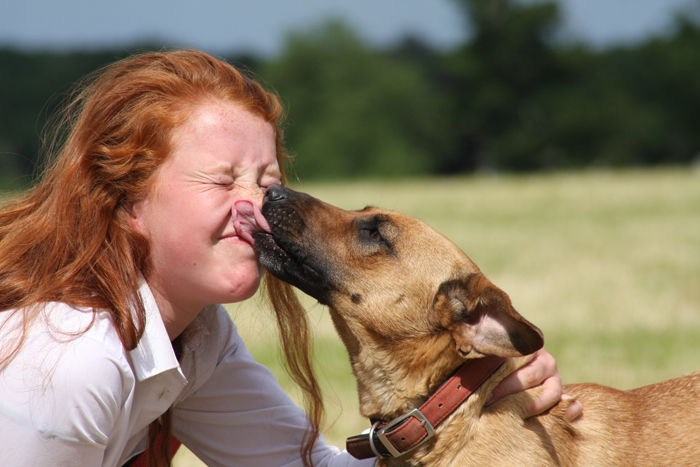 Given recent headlines about contagious diseases, you may be wondering: Can my dog get me sick? Can I get my dog sick? What’s the deal with Ebola and dogs? Before you ban doggy kisses from your life forever, read on to discover the surprising truth about illnesses we can and cannot share with our dogs.

Ebola and your dog

While the Spanish dog’s story ended sadly, Pham and her Cavalier King Charles, Bentley, were recently reunited, both Ebola-free.

The extreme caution taken in these cases may be understandable from a better-safe-than-sorry standpoint, but it was likely unnecessary, as there has never been a single case of dogs transmitting Ebola to humans.

According to the Center for Disease Control, while there is limited evidence that dogs can carry the Ebola virus, there is absolutely no evidence that their systems can develop the disease. Even in places where it is most rampant, there have been zero reports of dogs developing Ebola or spreading it to other animals or humans.

Ebola has inflicted a stark and frightening toll on the people of West Africa, but dogs are not at risk of contracting the disease, and humans, particularly in America, are not at risk from contact with dogs.

The truth about rabies

Rabies is one serious and life-threatening illness that dogs can pass to people. But before you panic, you should know that the U.S. was proclaimed a canine rabies-free nation in 2007.

Thanks to the widespread implementation of dog vaccinations, licensing, and stray population control, if you live in America, your chances of contracting rabies from a dog bite are near-nothing.

Rabies still exists in the U.S. (bats and raccoons, for example, are common carriers), but it doesn’t exist in your dog, and as long as you keep your dog vaccinated, it never will.

You, your dog, and the common cold

Okay, so your dog won’t give you Ebola or rabies. But what about something more common? By now, you may be wondering if you can catch a cold from your dog.

The common cold is not communicable between humans and dogs. In fact, there’s evidence that a dog in the family can help protect babies with compromised immune systems from certain strains of the common cold.

Your doggy may pick up kennel cough at daycare, and you may catch a cold from the office at the same time, but you wouldn’t have the same illness. But tandem colds would be a good opportunity to take a sick day with your best buddy and spend some quality time snuggling up on the couch.

Diseases you can get from your dog

There are some zoonotic diseases (diseases humans can get from animals) that your dog may carry. However, according to the CDC, germs from dogs rarely spread to people, and maintaining healthy habits like hand washing, grooming, and regular visits to the vet makes the risk extremely low.

At the end of the day, it’s extremely rare for a vaccinated dog in a domestic home to transmit illnesses to people, and near-impossible for you to pass an illness to your dog. Maintaining good hygiene and preventative healthcare for you and your pet will keep you both healthy and safe.

The only thing you’re likely to infect each other with is the love bug, so next time Fido runs over for a big, sloppy smooch, feel free to give him a kiss (but try not to exchange saliva, because let’s be honest, that’s a little gross).
The information provided in this article is not a substitute for professional veterinary help.