From living the life of a rock star to working as a singer, actress, author, and award-winning chainsaw artist, Cherie Currie leads a dynamic life. In her ever-exciting world, one thing always stays the same: her love of dogs, especially rescue dogs. And she wouldn’t have it any other way.

“When you look into a dog’s eyes there is a magic there,” Currie said. 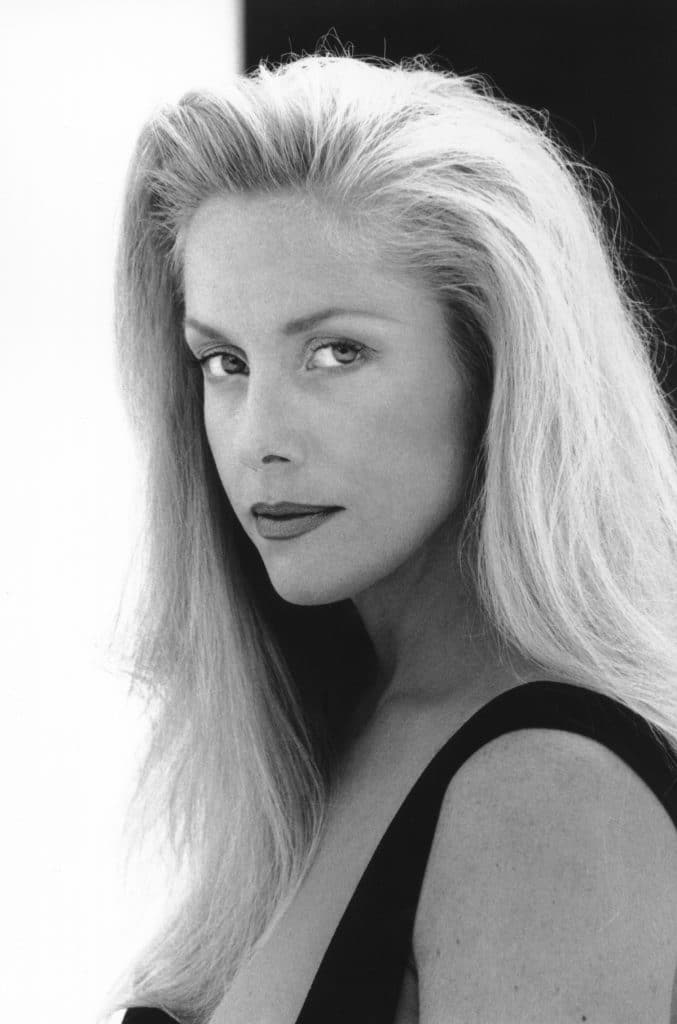 From Childhood to Fame

Currie’s idyllic Southern California childhood included life at home with her parents, siblings, and animals, including the neighborhood stray cats that came around. Her mom fed them, which brought more cats.

There was Fluffy, the family’s first dog found by Currie’s twin sister Marie. The family always either adopted their pets or took in homeless ones that showed up, including dogs, cats, and birds.

At 15 years old in the 1970s, Currie’s life took a 180-turn. She was discovered and named as lead singer and frontwoman of the all-female rock band The Runaways, which also featured Joan Jett on rhythm guitar and Lita Ford on lead guitar. The band was groundbreaking and became a sensation, especially in Japan, where they were often greeted by screaming crowds. 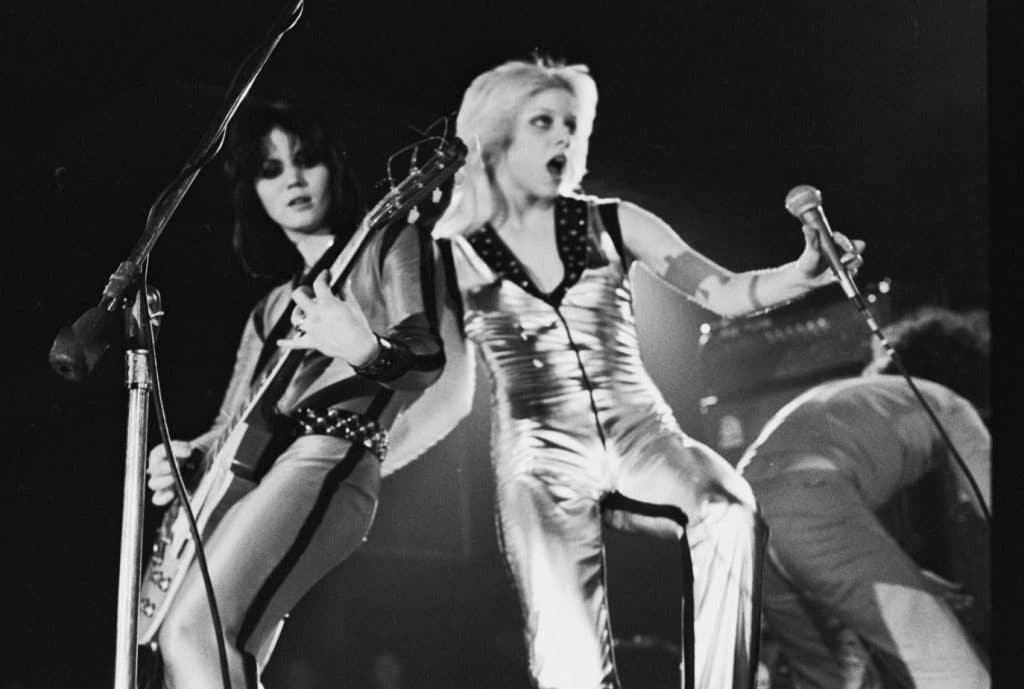 After leaving the band, Currie teamed up with her sister Marie for another music project. She then turned to acting, which garnered her credits in the movies “Foxes” and “Twilight Zone: The Movie,” among others, as well as TV shows.

Dakota Fanning played Currie in the movie “The Runaways,” which was based on Currie’s book Neon Angel—A Memoir of a Runaway. She’s getting ready to do the audio version of her book and does a lot of voice over work these days. 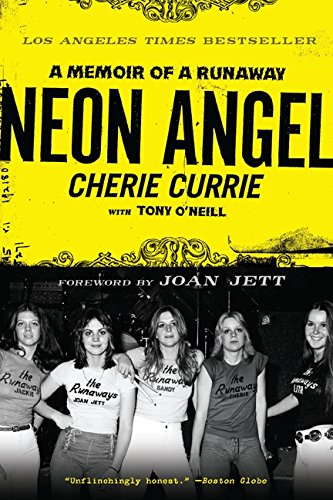 When Currie was 19, her boyfriend got a purebred golden retriever named Norton. After that, they adopted Sam, another golden. 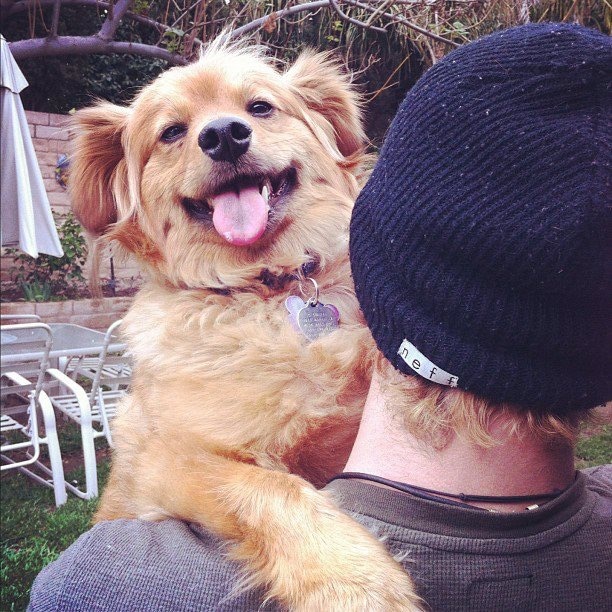 Currie later married actor Robert Hays (they have since divorced). When their son Jake was about a year old, they adopted a dog named Sadie. “We could not have a little child not have the love of an animal,” Currie said. After the couple split up, Hays went on to adopt Susie, who Currie found at the West Valley Animal Shelter in Chatsworth, California. Both dogs stayed at Hays’ home and lived long, happy lives.

Their son Jake has loved animals from the time he was born and still does. “Jake lights up a room when there’s a pet in the room,” Currie said.

Following the divorce, Currie bought her own house. In 2002 she adopted Katie from a no-kill shelter. “I was so in love with this dog,” Currie said.

Katie was a mixed breed dog who started to go blind when she was about 8 years old. She also ended up with some liver problems and had to have her stomach tapped every week, until she passed away at 9. 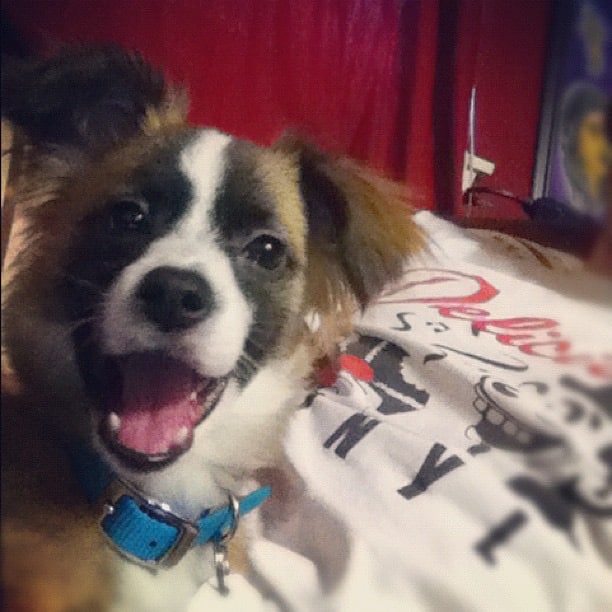 “It was truly the worst pain I suffered in my life,” Currie said, adding that the liver ailment also caused Katie’s blindness. “I was so heartbroken. It took me six months before I could think of getting another dog.”

About 11 years ago, when shooting began for the Runaways movie in 2009, Currie adopted Kaylee from a high-kill shelter when the dog was about 1. The mixed-breed dog had been found on the streets of downtown Los Angeles.

Kaylee was scheduled to be euthanized but instead, she was sent to the West Valley Animal Shelter.

“They tried to adopt her out but no one would adopt her,” Currie said. “I don’t know why because she’s the cutest dog ever and the sweetest dog. She loves people so much.” 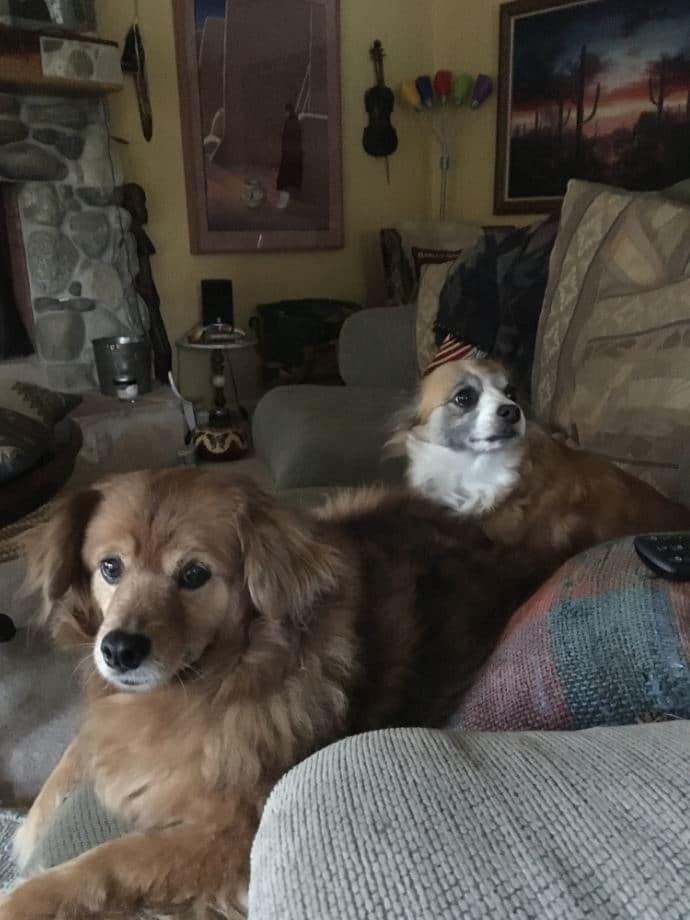 Currie was on day No. 3 of showing up looking for a dog. She asked one of the workers if there were any dogs in quarantine and was told about a mixed dog and asked to see her.

“He brought me back and Kaylee stuck her head through the bars,” Currie said. “She looked identical to Katie. ‘What is the deal with this dog?’ I asked.”

The dog was infested with fleas and very mangy. Kaylee coughed any time she was let out with the other adoptable dogs and no one wanted her.

“So, I adopted her and she never had a cough,” Currie said. “She was meant to be mine. She’s just the best dog. Just like Katie. She trusts everyone. If someone broke into my house she’d be loving on them.” 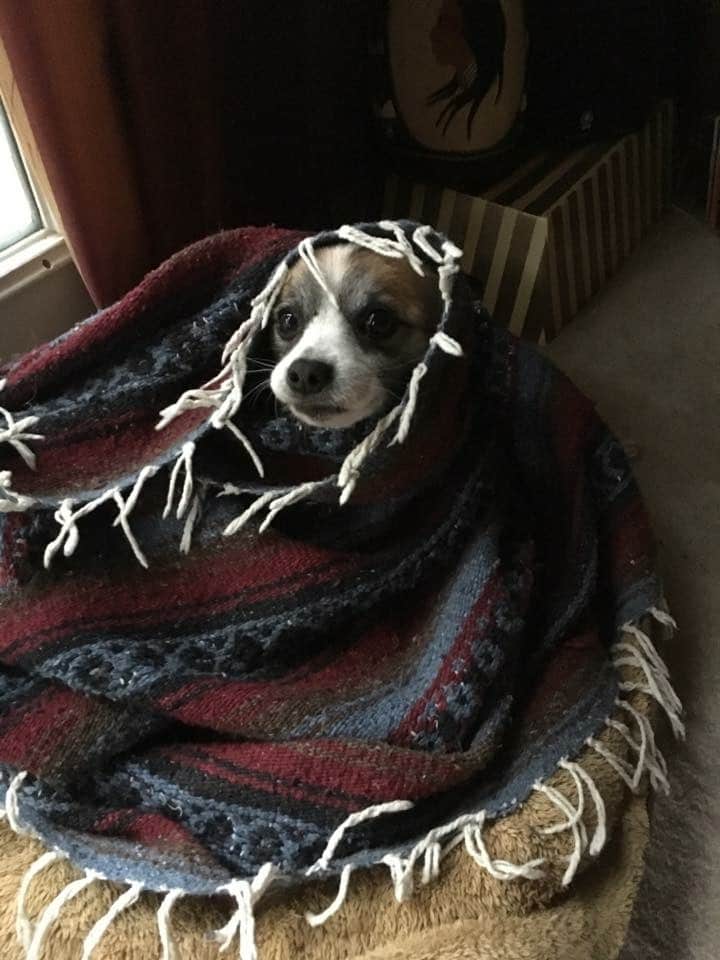 A handful of years later, Currie wanted to adopt a friend for Kaylee and visited Pet Adoption Fund, a no-kill shelter in Canoga Park, California, where she got Layla.

She was the only dog that day who didn’t bark as she leaned her face up against her cage. “There wasn’t a single peep out of her, and I just fell in love and adopted her right on the spot,” Currie said of the Chihuahua mix. The dogs get along like sisters.

For Currie, dogs are like angels and bring so much to her life. “They honestly don’t seem to be of this world,” she said. “They have no issue with showing you how much they love you. They are born happy to be alive but their lives are so short. They make us better people. Can you imagine a world without dogs? Imagine how unhappy we’d be.”

And when it comes to rescuing, Currie said it’s the only way to go. “It’s always been a rescue,” she said. “I would never have thought of any other way to get a dog.” 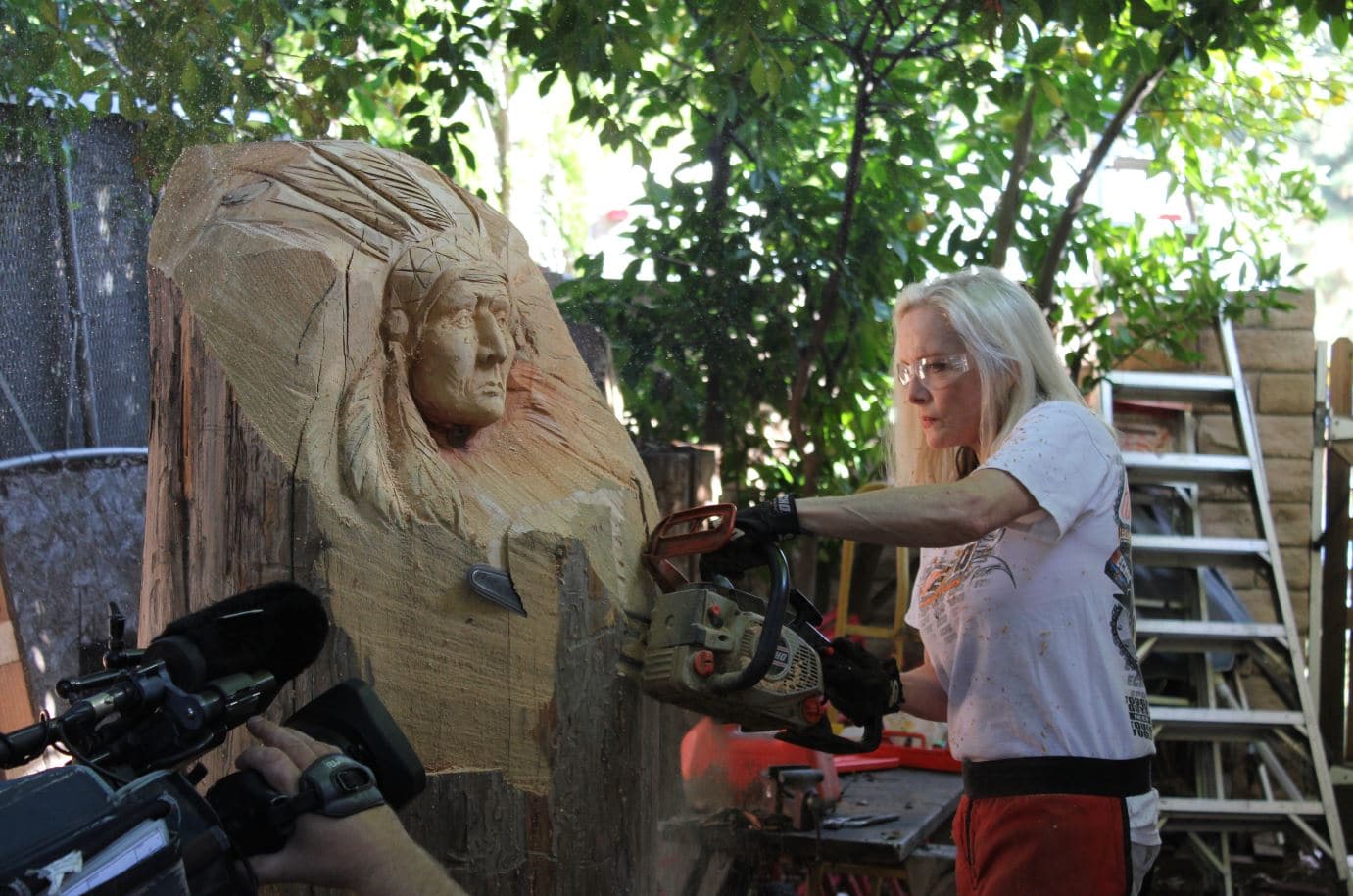 “These dogs are our heroes. They are selfless and don’t think about themselves. If we could truly be like our dogs are, the world would be a beautiful place.”

Currie’s latest music project includes working with singer and drummer Brie Darling. In 2019, they released their album “The Motivator” and toured to support the project.

Directly after the duo’s tour in December 2019, Brie adopted a little dog named Bean. “Brie is so happy; she really needed him,” Currie said. “Adopting Bean changed her life.” 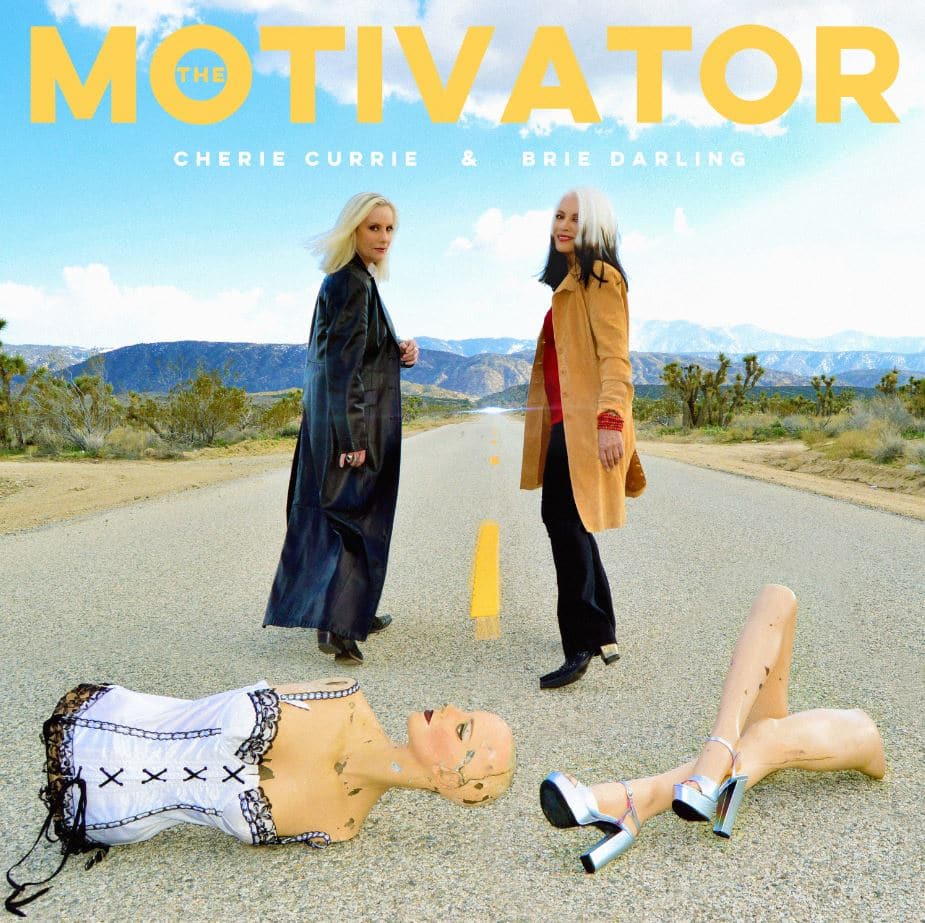 Currie’s life is filled with so many wonderful things. All that is good in her life has come from art in one form or another. She continues to sing, write, draw, paint, and create her chainsaw art, which is in demand. She won multiple medals and ribbons during competitions in 2005 and continues her work daily.

But through it all, there’s always adopted dogs by her side. “Adopt and change your life for the better,” Currie said. “Besides changing a dog’s life, it really changes our lives.” 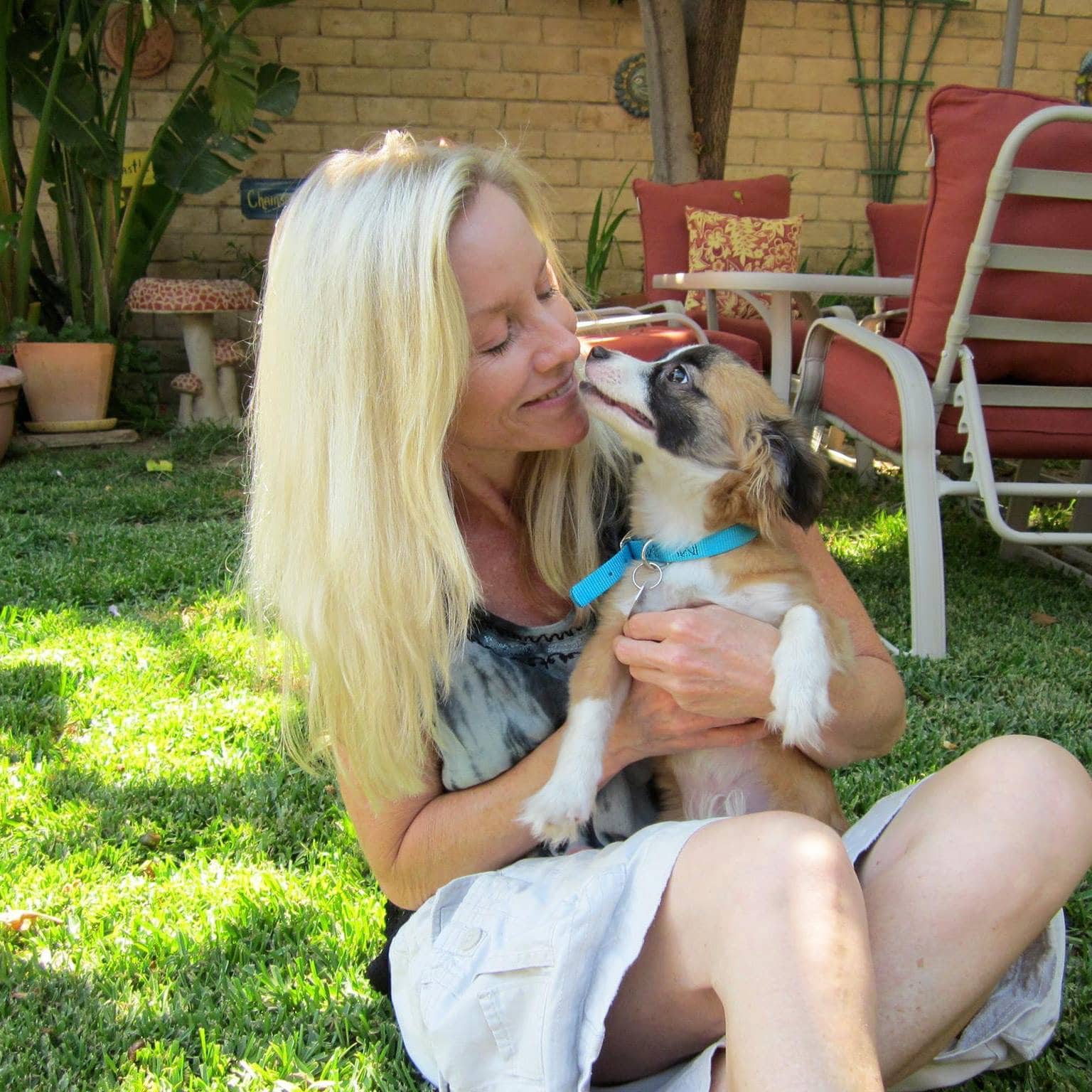