2020 was a year of seeking comfort—and our TV watching habits with our dogs are living proof. With 78% of Americans saying they watch TV with their dogs very often or always, and 90% saying they’re watching more TV and streaming more content since the COVID-19 pandemic began, one thing’s for sure: dog snuggles and TV go together!

This is especially true with so many staying home due to the pandemic, with 42% of pet parents saying they watch anywhere from 8 to 15 hours of TV or movies a week and 21% saying they watch over 16 hours per week! That’s a lot of TV time, but for most people, it’s also a source of comfort and opportunity to bond with their furry family members.

To dig a little deeper into this connection, we at Rover conducted a survey* of dog owners to learn more about our dogs and TV habits. Here’s what we uncovered: 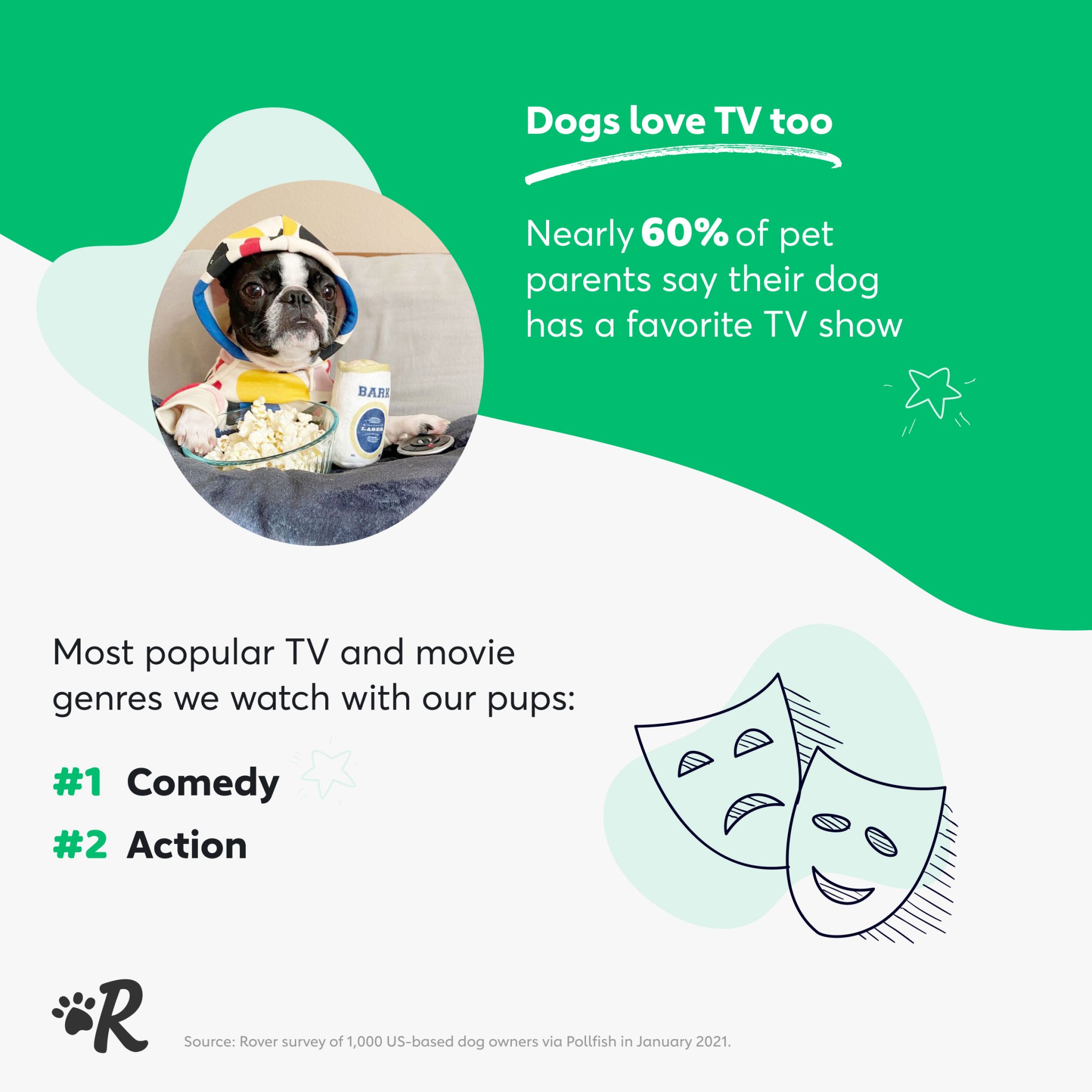 Over half—nearly 60%—of respondents say their dog has a favorite TV show (and thankfully, 60% also enjoy watching their dog’s favorite show). Pet parents say their faves include Animal Planet, Wonder Woman, Euphoria, and Game of Thrones.

Everyone’s ready for some comedy: Nearly a third of pet parents listed comedy as their preferred genre for TV shows and movies during the pandemic. Action was a close second at 27%. 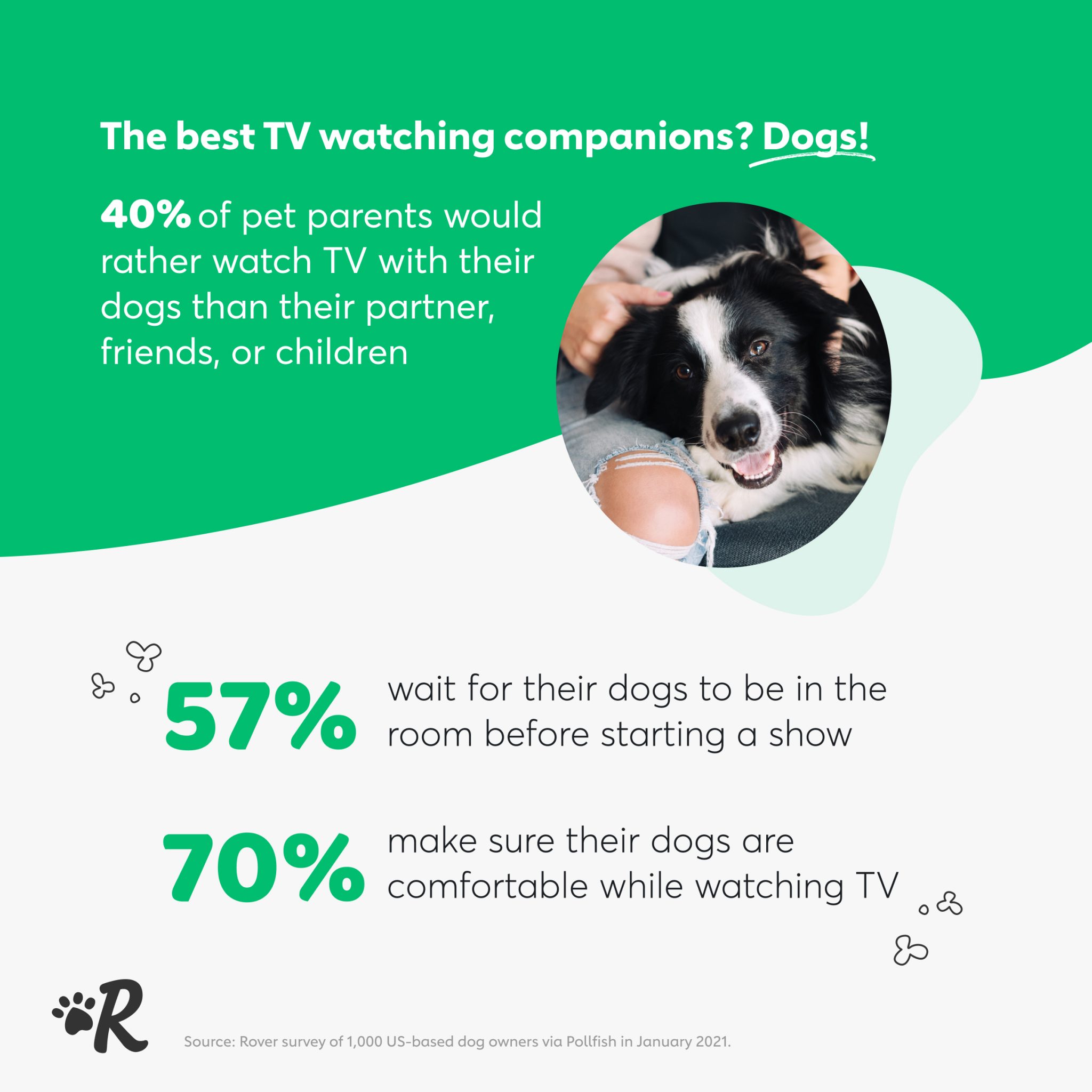 Dogs really do make the best company and they’ll never judge you for your viewing habits. That must be why 40% of pet parents prefer to kick back and watch TV or movies with their dogs over their partner, friends, or children.

These stats definitely got our attention:

What’s a movie without snacks? The majority (72%) of dog parents also say that their dog typically gets snacks while binge-watching TV, with biscuits, bones, and dog treats topping the list. 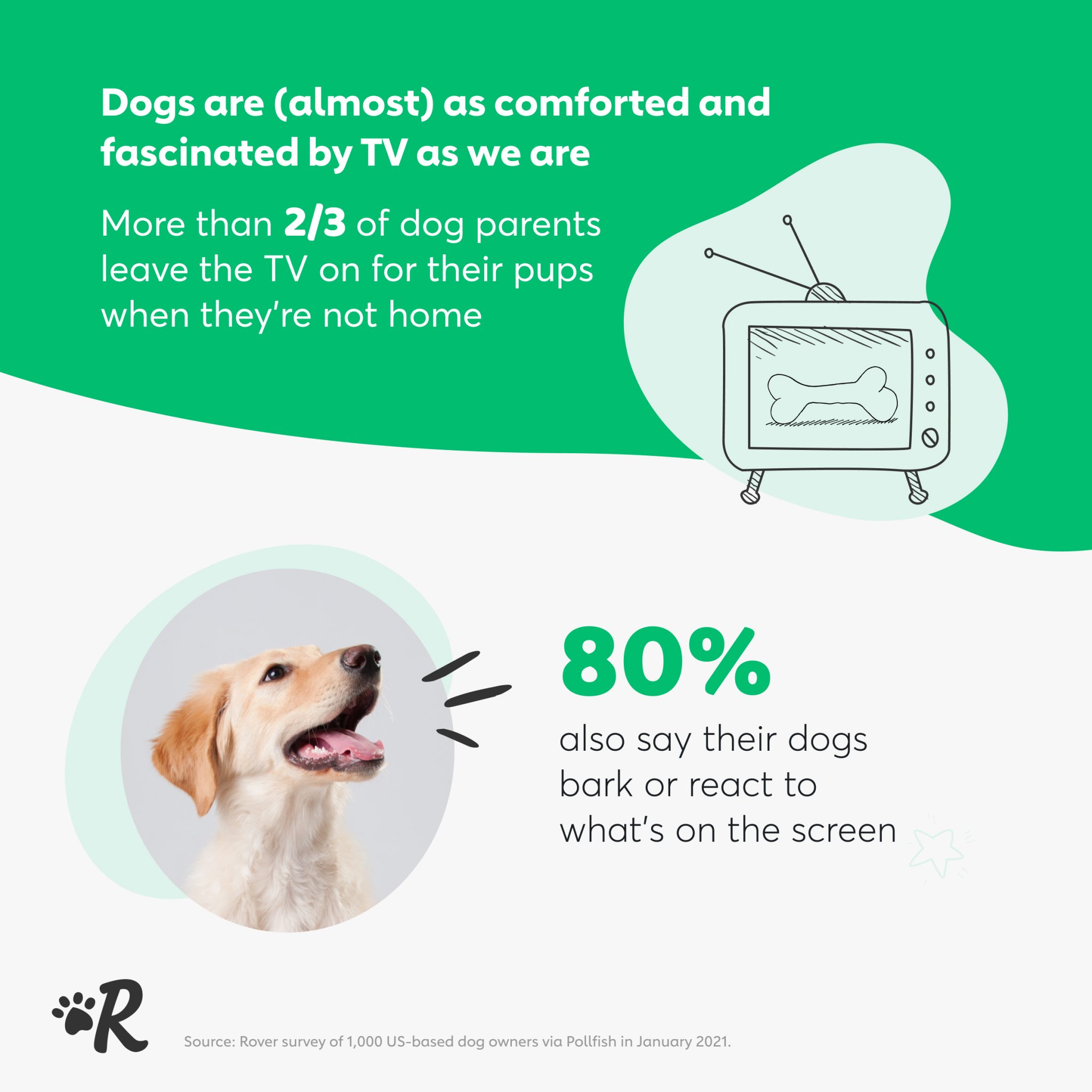 Hate leaving your dog alone? The majority of other pet parents feel the same way, with nearly 80% of them admitting to leaving their TV or streaming device on for their dog when they aren’t home. What can we say? Wonder Woman makes them feel safe.

The majority (80%) of dog parents also say that their furry family member actively watches or reacts to what’s happening on the screen, including barking or acting like the animals on screen are real.