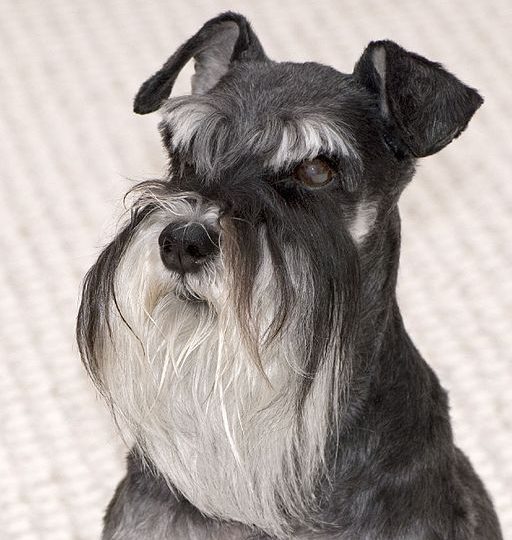 At first glance, a schnauzer’s body type might set you up to think he’s a little stodgy. Unlike the gentler curves some canines sport, a schnauzer’s rectangular head and sharp angles may inspire us to assign him a rigid persona. A schnauzer personality—whether he’s a giant, standard, or miniature breed—defies categorization. They may have a regal snout, but they’re anything but snooty.

An unreserved schnauzer sings along with Enigma.

Schnauzers come in all sizes

Another great thing about schnauzers: you can pick from three sizes and colors to suit your lifestyle. A miniature can be as small as ten pounds, while a giant can get close to a hundred, and the standard falls in between. All of them share that schnauzer personality. A quick look from large to small reveals the rambunctiousness and range of schnauzer temperament. 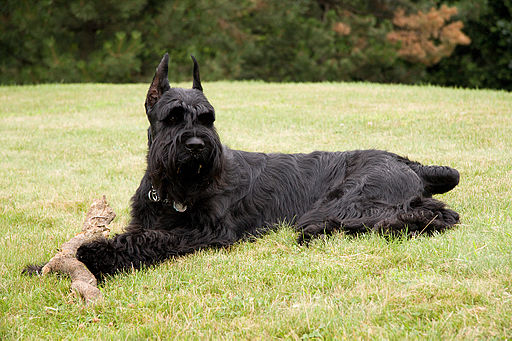 The giant schnauzer has a quiet and reserved nature behind that distinguished mustache and chin strap. They’re intelligent, easily trained, and loyal to their owners but inherently suspicious of others. Just don’t expect this dog to sit around the house like a wise old sage—without exercise and stimulation, giant schnauzers might get restless and wreck your house or yard. 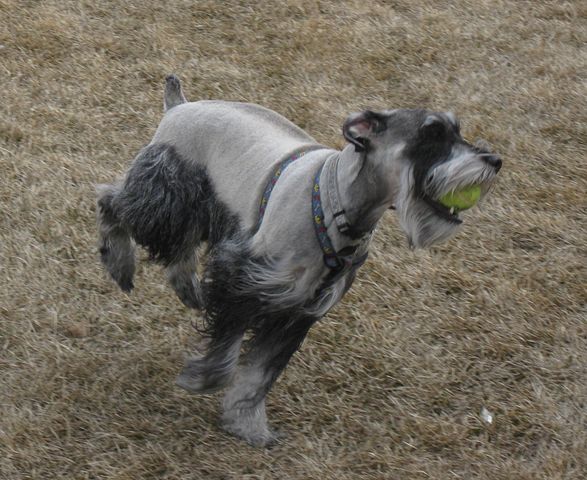 Standard schnauzers are even less stodgy. These active dogs aren’t just filled with energy—they’re smart enough for jobs like search and rescue, bomb detection, and even identifying skin and lung cancer. With acute hearing that makes them instinctively alert, they need mental as well as physical stimulation, even in later years. They’ve even been nicknamed “the dog with the human brain.” 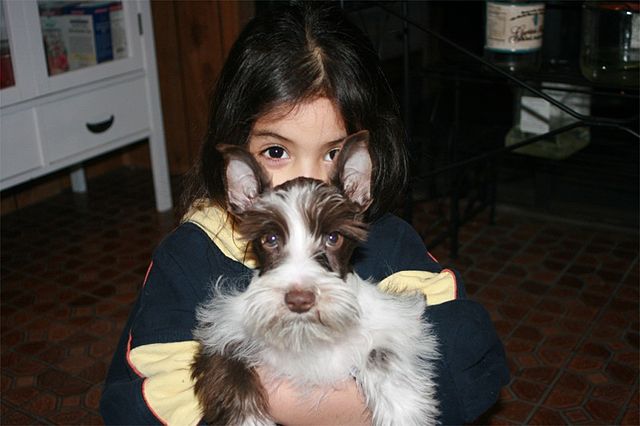 Perhaps friskiest of all, miniature schnauzers are playful pets that love to perform.

With a stranger-suspicious nature and an instinctive drive to view smaller animals as “prey,” a schnauzer needs early training to avoid attacking small animals or pets. Raising them with cats might be one strategy to curb this behavior early.

Will this schnauzer choose obedience, or the rabbit?

But don’t worry about the kids: in Germany they’re called kinderwachters, beloved as the children’s watchdog. 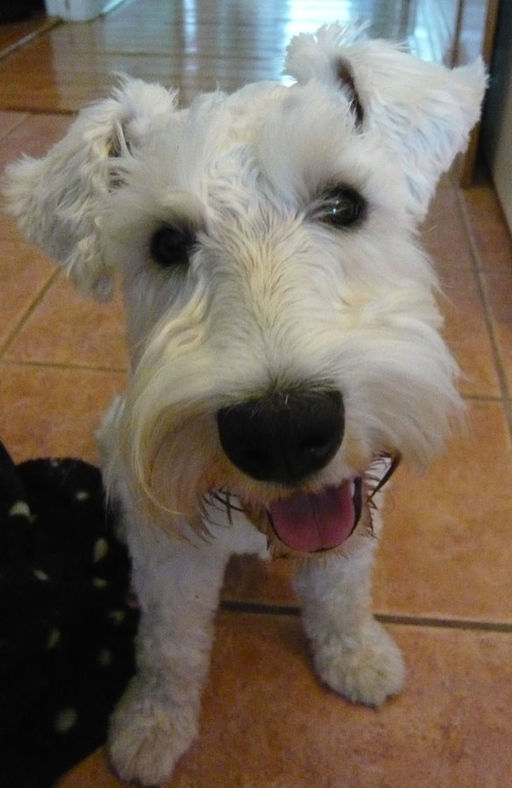 With the right training and attention, a schnauzer personality might be the perfect complement to your personal balance of solemnity and silliness. They may have a regal countenance and an air of aristocracy, but schnauzers also like to let their hair down.