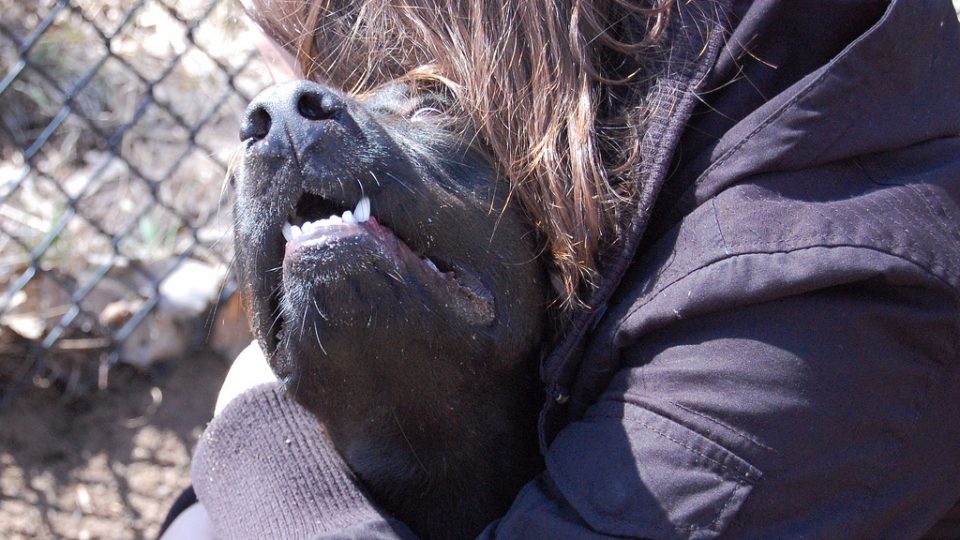 “Our passion and life’s work is dedicated to the unwanted, abandoned, and neglected. I like to say this is how I fill my passion bucket. Every time one of our pets finds a forever home or we provide love and shelter for an animal that has never had it, it’s another drop in the bucket. This work is not about money or glory — it’s about love and compassion.”

That’s according to Mari Salls, Shelter Manager of Friends of Strays in St. Petersburg, Florida.

And as the Rover.com team discovered through our conversations with animal rescue volunteers, her peers wholeheartedly agree.

The Rover.com family is grateful for the compassionate people who relentlessly save the lives of countless animals through pet rescues. But we wondered: just what exactly goes into being part of an organization dedicated to saving the lives of animals?

We reached out to people all over the country — and to our northern neighbor, Canada! —  to find out. We were both surprised and inspired to learn that there is way more work involved than we ever would have guessed — but these animal heroes refuse to give up on their calling. 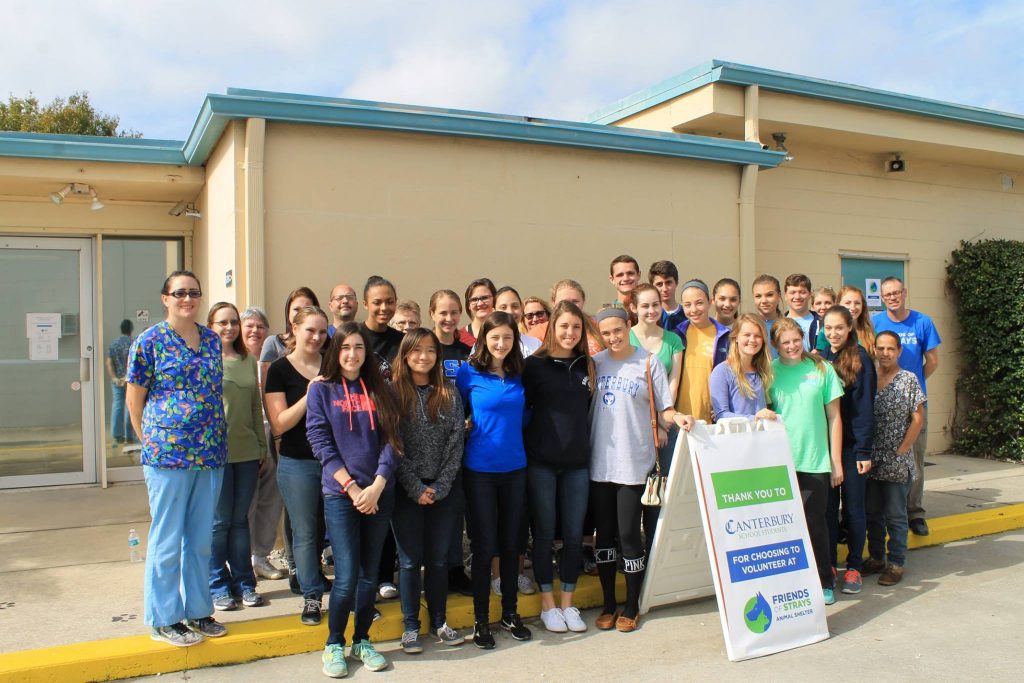 Just a few of the hardworking people behind Friends of Strays in St. Petersburg, Florida

The heartbreak of seeing someone surrender their pet

Indeed, there are all kinds of ways that rescue work takes an emotional toll on the people whose hearts operate these organizations.

“One of the biggest challenges for me is watching people who have to surrender their pets,” Jessi continued. “Sometimes it’s hard to understand how someone could give up their pet, but a lot of times, it’s for reasons out of their control. Maybe they are moving to a hospice home and can’t take their pet with them, or maybe they’ve lost their job and no longer have the money to take care of their pet. Whatever the reason, we are here to be understanding of the situation and do whatever we can to find a new home for that animal. It can be easy to demonize someone giving up their pet, but it’s important to understand that it’s just as heartbreaking for them to have to say goodbye to a pet they have loved for years.” 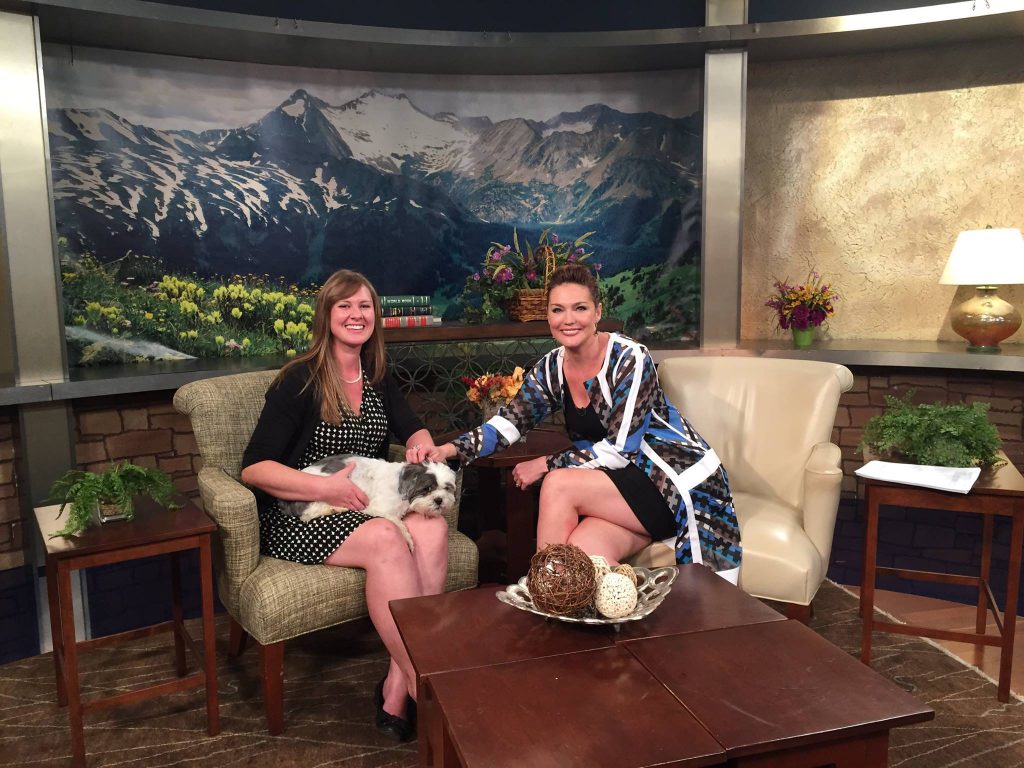 Perhaps one of the hardest parts of being involved in animal rescue is making the tough — but ultimately kind — decisions for an animal’s welfare.

“Many people don’t understand why or how we can decide to humanely euthanize a pet, but when an animal is suffering and nothing can be done to help, it is our responsibility to ease or end their suffering,” Mari confessed.

But just because they make the tough calls doesn’t mean it’s not a heartbreaking aspect of the job.

“People don’t realize the challenges we take on, and as a result, the loss we experience,” agreed Lisa Jensen, Board Member of Safe Haven Animal Rescue in Oklahoma City, Oklahoma. “My rescue came together in 2012 with a group of ladies passionate about ‘fixing the broken ones.’ We take on the medical cases that need lots of work as well as the ‘normal’ ones. … When we take those risks, we have a great chance of not ‘fixing’ them, and instead, losing them. Rescue can be heartbreaking sometimes. But we keep looking forward. We keep looking for the next one to help.” 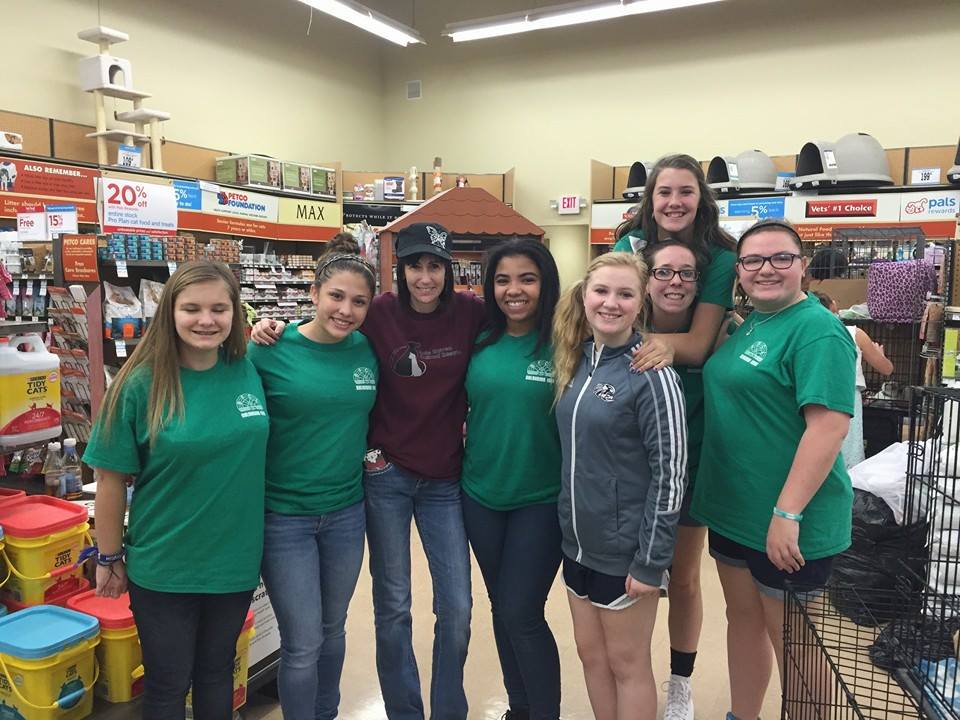 “One of the hardest things in animal rescue is learning to create boundaries within your life and maintain balance,” noted Ted DuPuis, President, Founder and Chief Pilot of Cloud 9 Rescue Flights, an organization that transports homeless pets — by airplane! — from overpopulated areas to locations where they will be able to find their permanent homes. “Everyone wants to take them all home and save every last one, but you can’t.”

He said that there are many people who simply aren’t able to handle the emotional challenges of rescue work — and he understands why.

“I’ve seen many people get burned out and leave animal rescue altogether after a few years. Being in animal rescue can completely consume your life and leave no room for anything else, including family.”

Fortunately for homeless pets all over the country, he presses on. “Aside from my family, nothing is more rewarding than my efforts in animal rescue.” 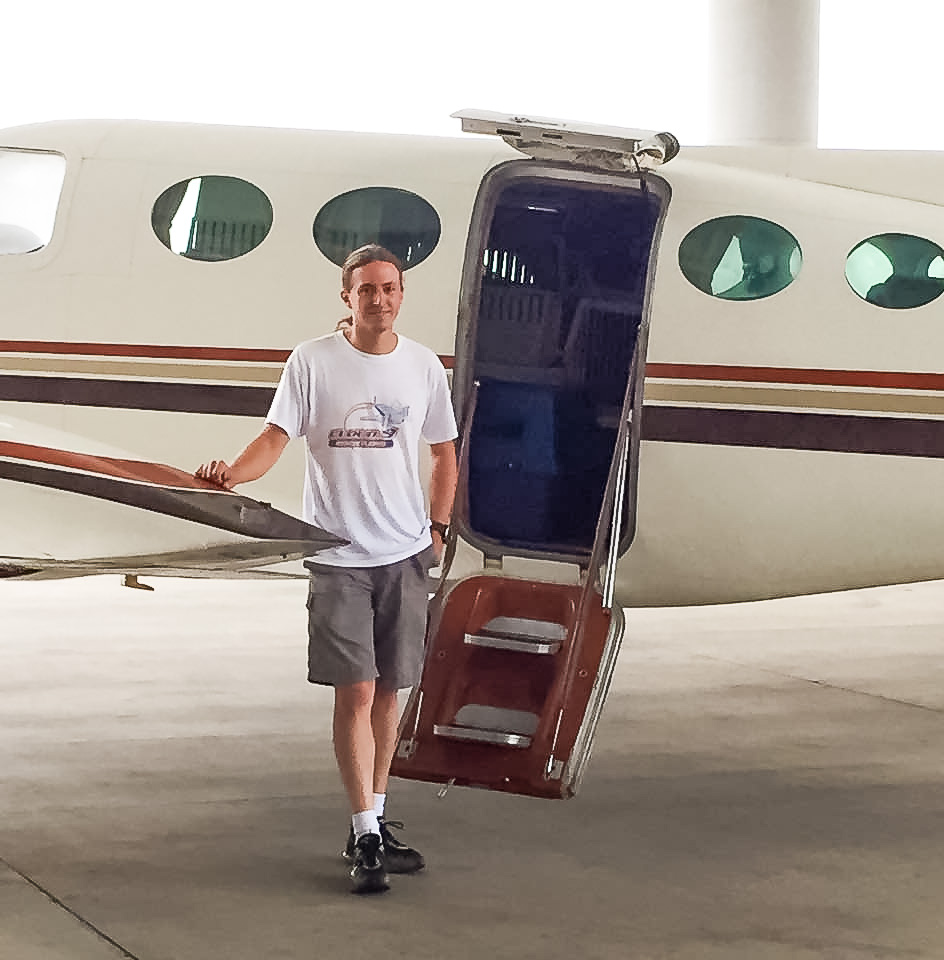 Of course, there are many other obstacles that can stand in the way of a rescue pet being placed in his forever home.

“When you run a rescue, you can actually get full, and you need help,” explained Melanie DeAeth, President and Founder of True Blue Animal Rescue in Brenham, Texas. “People don’t always realize that when they call us — sometimes, I can’t take them in. Sometimes we don’t have a place to put them. We’re just people in the community — we’re not funded, and we don’t have more resources than anybody else. We’re just people. And once we take them in, we don’t euthanize, and they don’t go to a shelter.”

It’s a noble deed taking in an animal until he finds his forever family — but it also presents a challenge to rescues.

“The animals get adopted, but there are always more coming in as some leave,” Melanie said. “I teach full-time and my husband has several jobs in addition to running the rescue. We can’t take them all. We need everyone’s support to foster, network and rehome animals.” 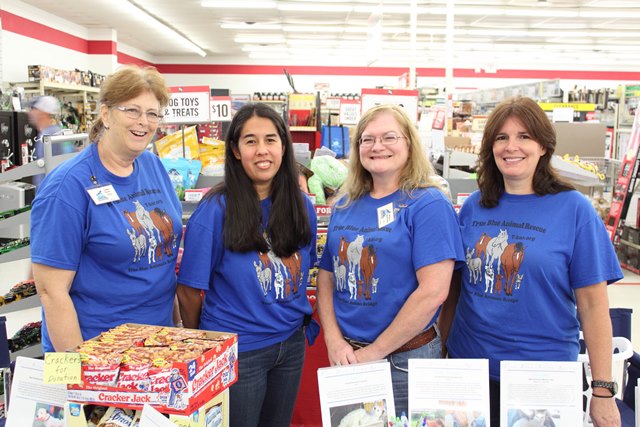 And of course, there’s always one glaring factor that presents a critical hurdle: funding.

“I think people would be surprised to know that our rescue, like most small, grassroots rescues out there, is volunteer-run and funded by bake sales and bottle drives,” said Marina Hebert, a volunteer with Small Animal Rescue Society of BC in Vancouver, British Columbia, Canada.

And limited funds means a rescue’s ability to save lives can be drastically impeded.

“Recently, we put out a plea for help to raise money for new propellers for our aircraft,” Ted said. “Over 4,000 people saw our post online, but only 10 people donated. If everyone who saw the post donated $25, we’d not only have enough money to end our fundraiser, but to operate for the next two years. … But we still need to raise $27,000 to cover the cost. Until we raise this money, we can’t save any homeless pets.” 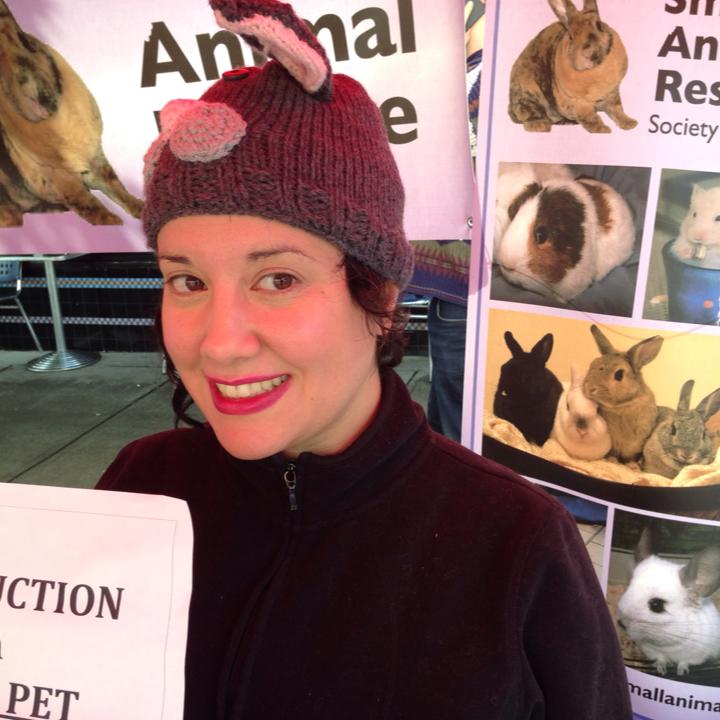 Rescue pets get a bad rap — it’s so unfair

Marina expressed a sentiment echoed by every rescue worker we spoke with:

“I wish this myth that shelter animals are defective or aggressive by default would just stop!”

“They are not broken, they are not bad, and they love with all of their being,” Mari asserted. “They are just like the pets you could get from the pet store — sometimes a little older, and usually healthier. Shelter pets are often judged for not being pedigree, although 25 percent of pets that enter shelters are purebred or designer breeds. Mixed breed dogs tend to live healthier, longer lives.”

These misplaced but rampant misconceptions frequently prevent healthy, loving pets from being considered as potential family members, and make the work of rescues that much tougher.

“Sometimes, I think people think there’s something ‘wrong’ with animals in shelters and that’s why they are there. That couldn’t be further from the truth,” Jessi said.

She also explained that there are actually benefits to bringing home one of these seemingly-disadvantaged creatures.

“One is that a lot of shelter animals are adults, so what you see is what you get. When you meet them, you can get an idea about their personality, size, and energy level. In addition, most have already lived in a home environment, so they know how to behave appropriately and won’t chew on your furniture or go to the bathroom indoors.”

The sweetest, most loving dog I’ve seen was on death row

When it comes down to it, saving animals is a personal mission for the people who spend so much of their time working on behalf of those without voices.

“I adopted my first dog, a 75-pound rottweiler who grew to be 110 pounds named Duke, from my local animal shelter. He was my first introduction to animal rescue,” Ted recalled. “He was the sweetest, most loving dog I’ve ever known, yet was on ‘death row’ and didn’t have much longer to live before being put down. I wanted all dogs to have the chance he did, and started out volunteering at the animal shelter I adopted him from.”

Marina can relate, and said she feels a sense of duty to animals everywhere.

“I volunteer in animal rescue because I love and respect animals,” she avowed. “So I put my money where my mouth is, and I get my hands dirty and help. It’s a matter of integrity for me. I wouldn’t feel right calling myself an ‘animal lover’ or ‘animal advocate’ without doing what I can to help put a small dent in some of the neglect and abuse out there.”

Not everyone can foster — but we can all help

“We all need to help, because the problem is so bad,” Melanie admitted. “There are thousands of animals every single week being euthanized. It’s just sad how bad the problem is. We need to educate, we need to spay/neuter, and we need people to be our voice. There are those of us taking care of the animals, but we need everyone’s help. It is that bad.”

“Fostering is one of the most direct ways to save lives,” Marina said. “If you can’t commit to taking on a pet for life, open your home to animals in need for short-term stays until they get adopted. At [Small Animal Rescue Society of BC], fosterers get first dibs if they decide they want to adopt.”

People who work in rescue realize not everyone has the resources to bring an animal into their homes permanently, or even temporarily — but they want people to understand we are all more equipped to help than we may think.

“If you can’t foster, volunteer!” Marina continued. “Cleaning cages, feeding, watering — all of that has to be done in shelters every day.”

“Not everyone can foster, but there are so many other volunteer opportunities — even things you can do from your home!” Lisa said. “You can help answer emails and phone calls, help with transport, or help with adoption events.”

Marina agrees that there are plenty of ways to help animals in need right from home.

“Fundraising is also desperately needed and can be a lot of fun,” she said. “Putting on a bake sale or garage sale is always a good time, and you can raise a lot of awareness through those events, too.

Animal rescue is never hopeless — there are happy endings every day

Although it may sometimes feel like the odds are stacked against the rescues and the animals they work so hard to save, the selfless advocates we spoke with can’t imagine doing anything else.

“We see happy stories every day at the shelter, and it’s what makes working with homeless pets so very rewarding,” Jessi proclaimed.

And although their admirable efforts can sometimes be heart-wrenching, Ted said it’s important that he and his peers still aim high.

“The reality is that you will never save all the homeless pets out there, but that need to always remain the goal.”

“We are all people, too,” Melanie declared. “And we need to help these animals together.” 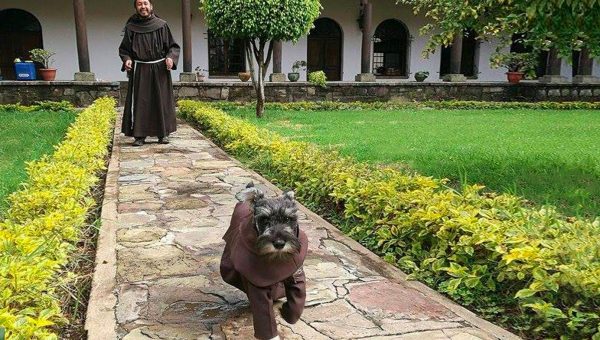