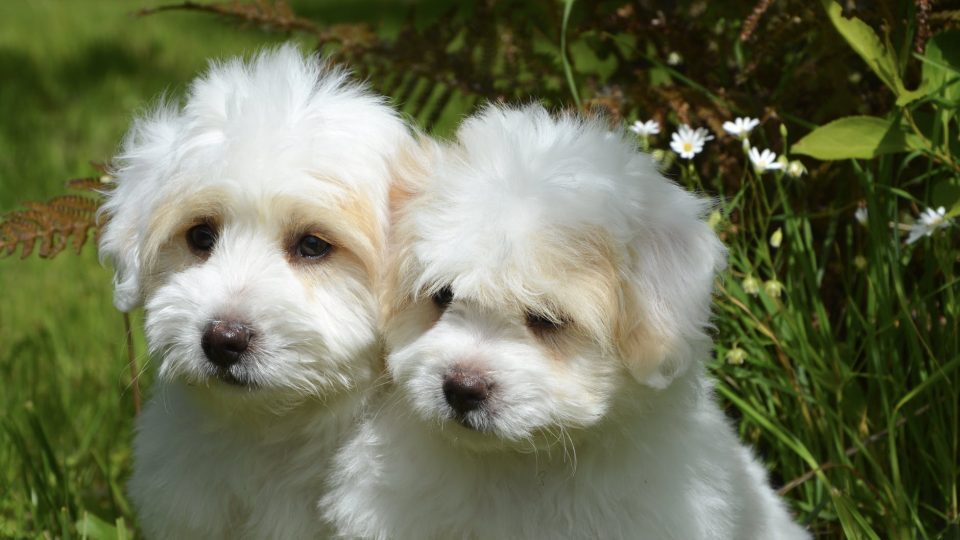 As dog owners and experienced pet sitters, we know that there are certain things we always need to be aware of to keep our pals healthy and safe, including how they interact with other dogs, what medications or supplements they take, and what food they eat. We also need to keep an eye on other things they may be able to ingest in or around the house, such as plants poisonous to dogs in our region of the Western US.

Unless you have a green thumb and love horticulture, you may not be familiar with all the plants, trees, flowers, and berries in your region that are poisonous to dogs. You may be surprised by how many of the plants you can find in your own backyard, or along your daily walking route, that are not safe for your dog. We’ve put together a list of common plants poisonous to dogs in the West to help you identify possible dangers.

Common backyard trees, plants and flowers toxic to dogs in the West: 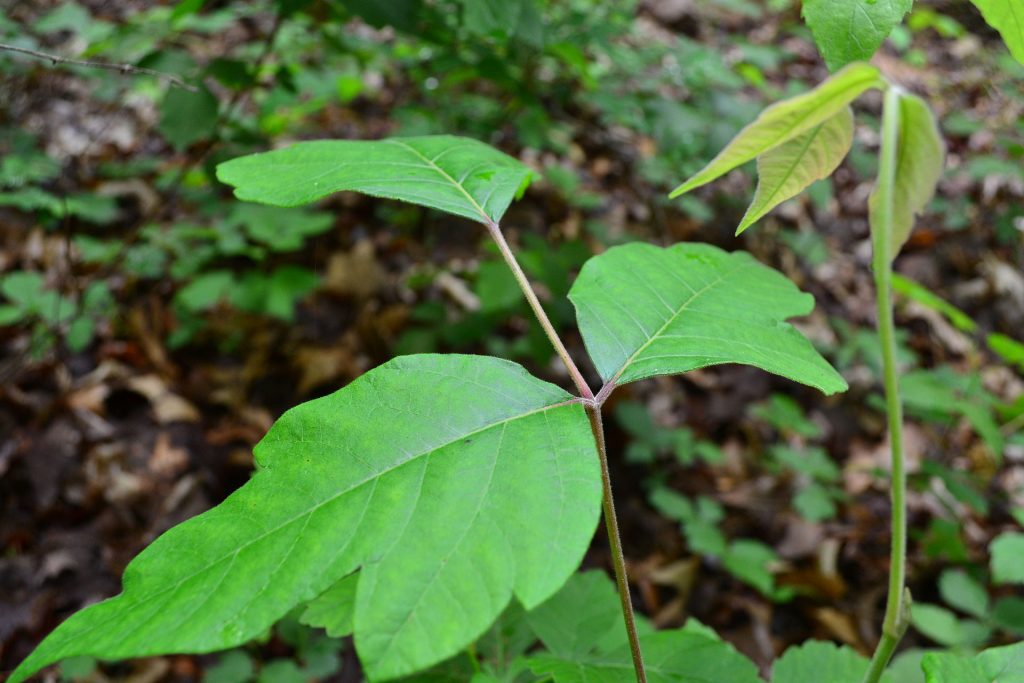 Poison ivy (Toxicodendron radicans), as the name implies, is a poisonous flowering plant commonly known to cause painful, itchy rashes in humans. Though its level of toxicity is mild, if the plant’s sap works its way under your pet’s fur, it can cause swelling, redness, and itching. Ingesting the plant can lead to vomiting, diarrhea, and abdominal pain in dogs.

If your dog comes into contact with poison ivy during your walk, wear gloves to wipe their fur with a dry towel. 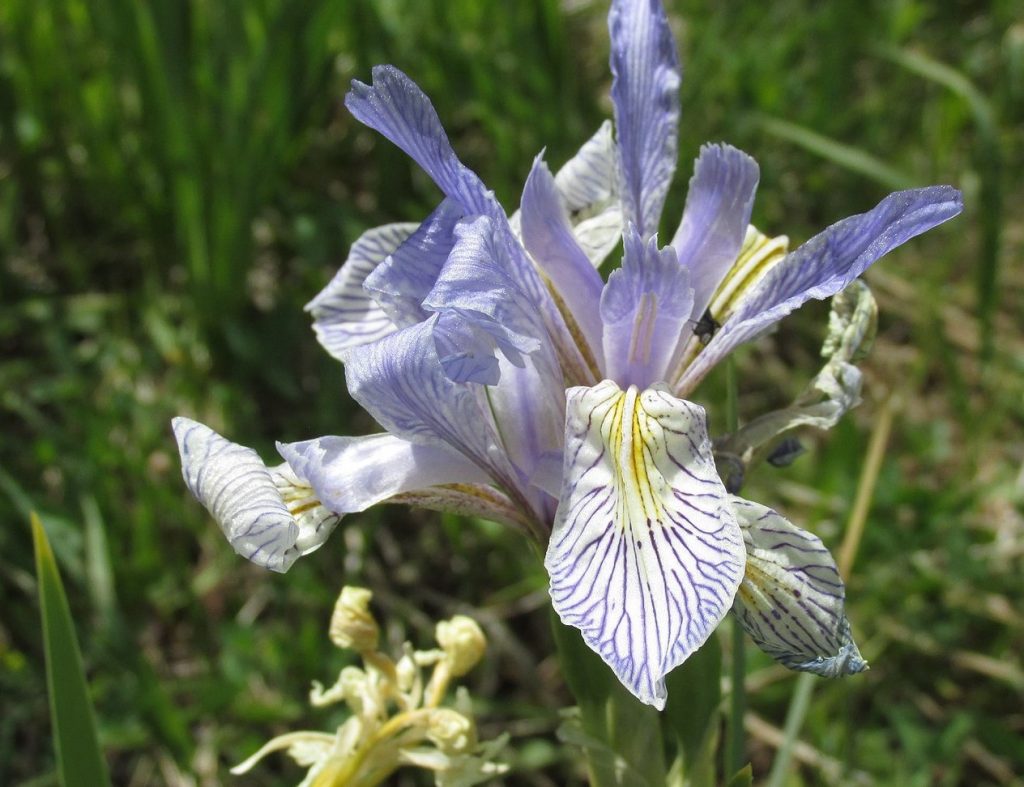 The Rocky Mountain iris (Iris missouriensis), also known as the western blue flag, is a delicate blue-violet wildflower that blooms atop long green stalks with thick leaves and is native to the Mountain West. The toxins contained in the entire Iris genus are poisonous to your dog and can lead to symptoms of drooling, vomiting, lethargy, and diarrhea. 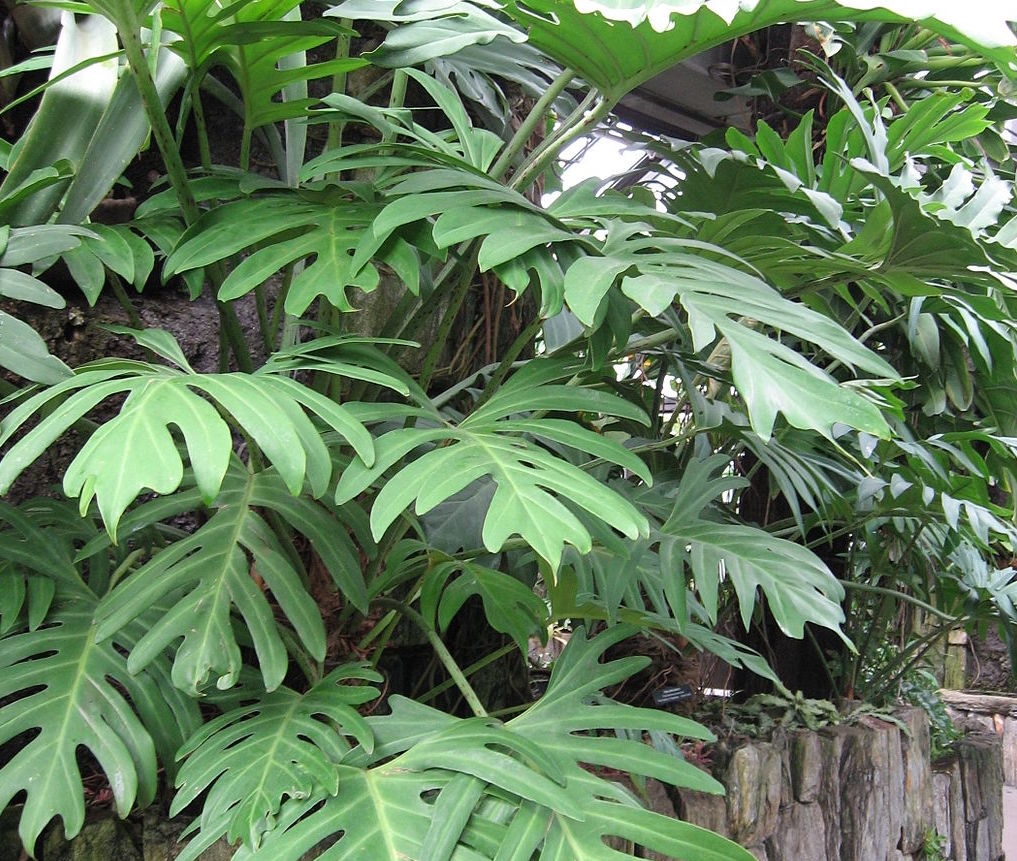 The philodendron (Philodendron spp) is a plant that with large-leafed foliage which can be found indoors as an ornamental houseplant as well as outdoors, often growing in forested areas. The philodendron is made up of calcium oxalates, found throughout the entire plant, which can lead to oral pain, swelling, and drooling, in addition to difficulty swallowing and vomiting in dogs when ingested. 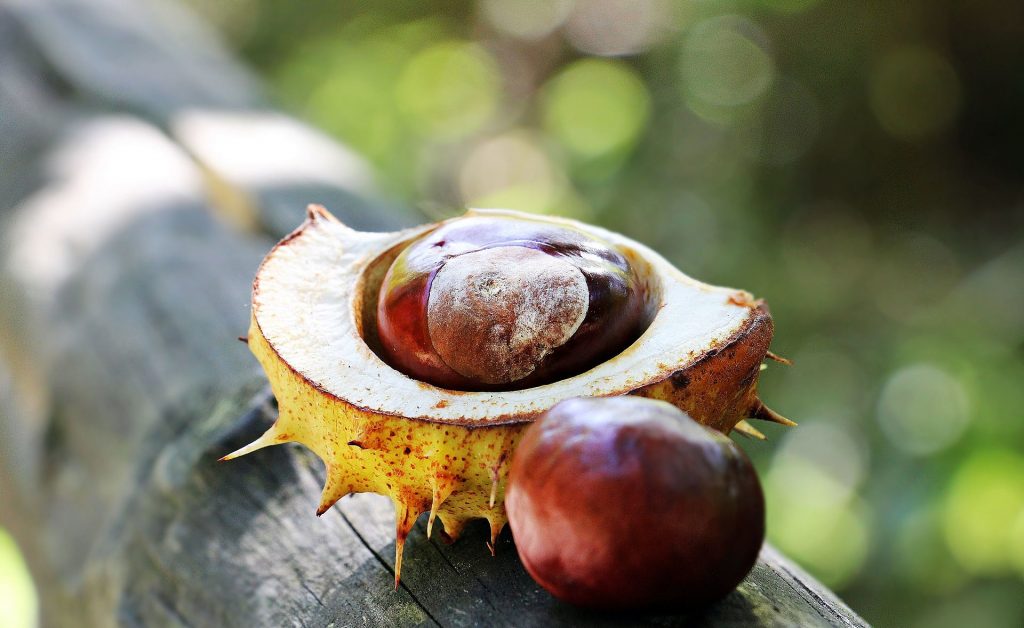 The horse chestnut tree (Aesculus glabra) is a large ornamental shade tree that blooms with beautiful clusters of white flowers and produces a brown nut-like seed in a spiny shell. Though the chestnuts serve as food sources for some wildlife, toxic saponins contained within them are harmful to dogs and can cause diarrhea, vomiting, and convulsions when eaten. 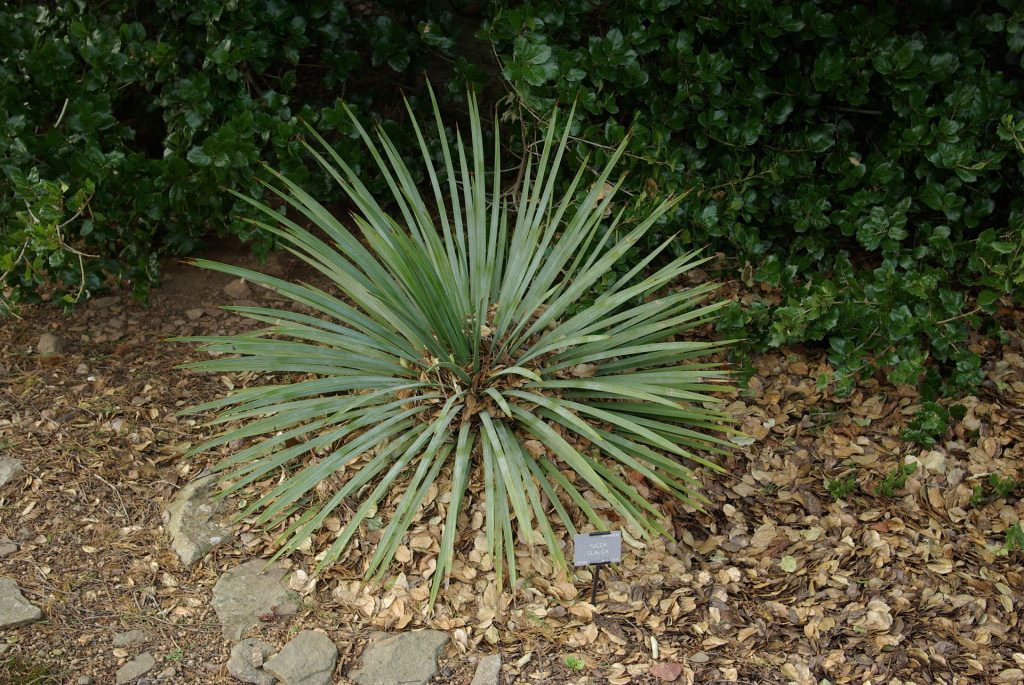 Yucca (Yucca spp) of the Agavaceae family is a poisonous perennial plant for dogs. The evergreen yucca plant, which blooms in the summertime, contains steroidal saponins that can lead to weakness, drooling, and vomiting in dogs. One-time consumption of yucca usually results in mild symptoms, though the plant’s toxins become more dangerous for your pet with continuous consumption. 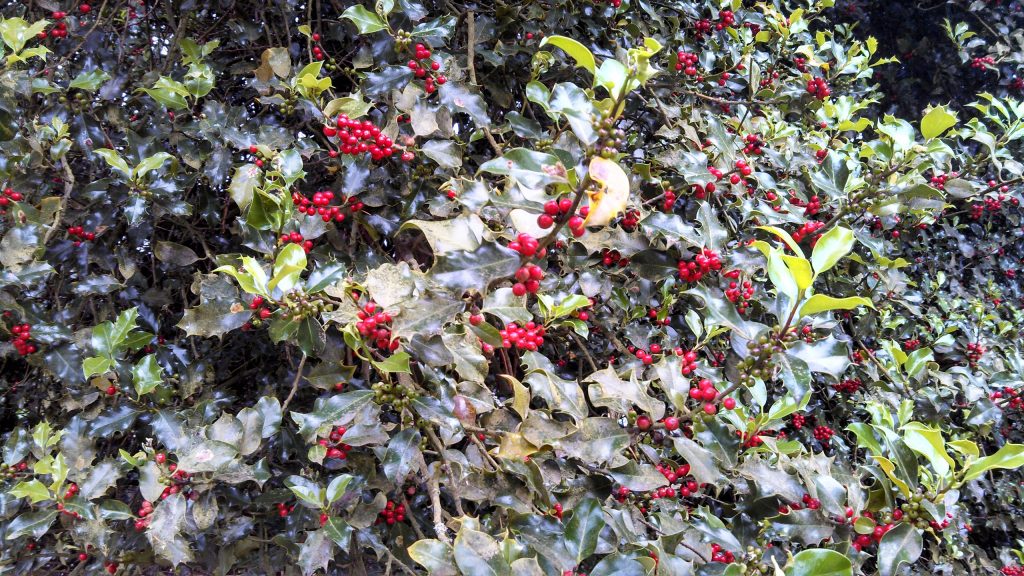 The English holly (Ilex aquifolium), also called Oregon holly, common holly, or winterberry is an evergreen tree or shrub that features prickly leaves, white flowers, and shiny red berry clusters. The berries are poisonous to both humans and pets, though the plant’s toxins, including saponins and caffeine, are especially harmful to dogs, leading to diarrhea and vomiting in cases of poisoning.

If your pet has come into contact with any of the plants outlined above and displays symptoms of poisoning, contact your vet immediately. To ensure your pet’s safety in the backyard, consider some of these non-toxic plants below for your landscape.

Non-toxic alternatives safe for dogs in the West:

The dandelion (Taraxacum officinale) is a yellow wildflower native to North America that is non-poisonous and completely edible by humans and pets. 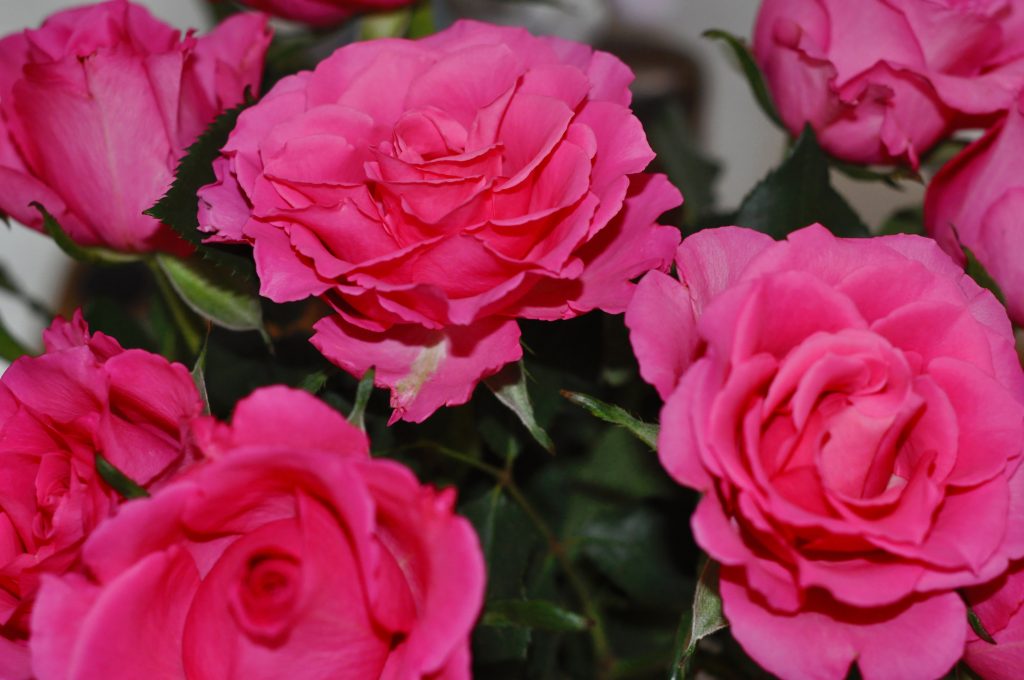 The rose (Rosa species) is a popular woody flowering plant seen in many backyards across the country, though there are also wild roses native to the Western US. Roses are considered non-toxic and safe for dogs, and many parts of the plant are used for human consumption.