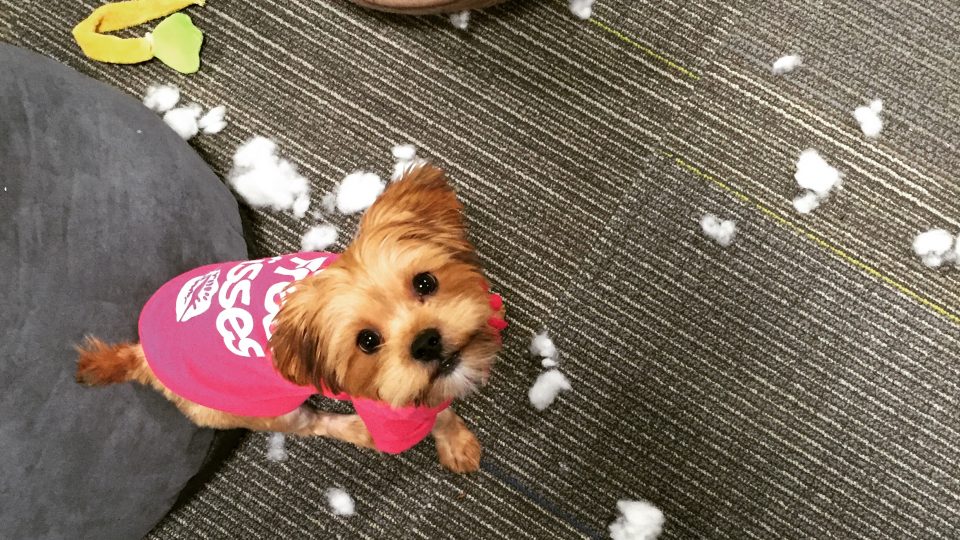 This is the story of Primrose and my sudden leap into puppy parenthood—when extreme joy transformed into a total meltdown in 2.5 hours.

When I started working at Rover.com, I was happy to be around dogs but not actually own one. I’d always had pets growing up (cats and dogs alike), but I enjoyed living my pet-free adult life. I loved all of the dogs in the office and decided it was the perfect scenario:

Flash forward a year later. After I jokingly mentioned to my family that I wanted a dog for Christmas, I started to really consider the idea. A coworker kept sending me online ads for puppies, making the puppy fever go haywire, and I realized how much I actually WANTED a dog. And so, the search began! 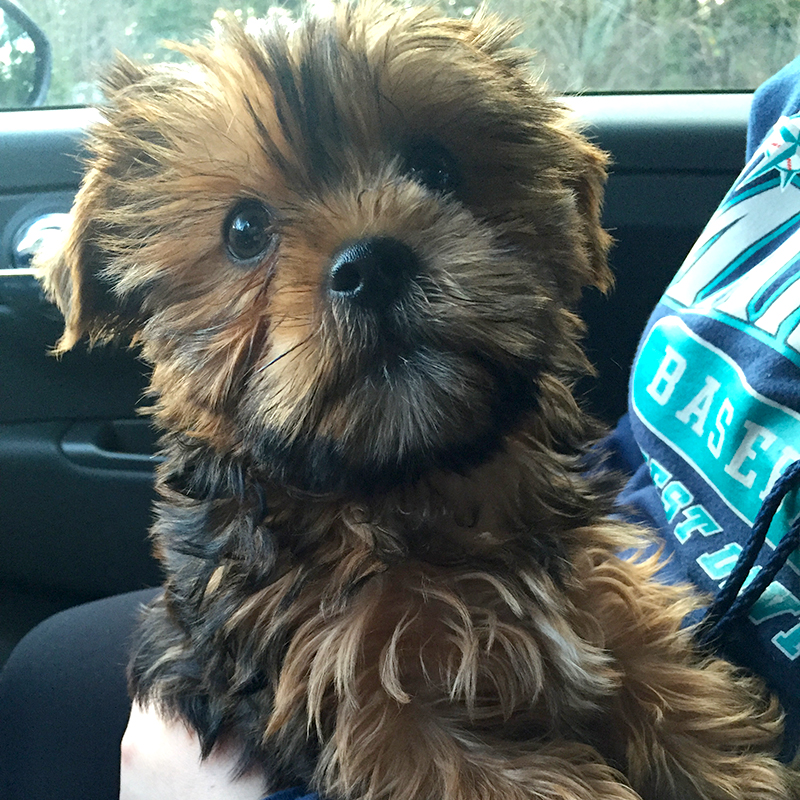 Moments after getting the car.

One day, I saw a posting for a 10 week-old female chocolate Yorkie. The posting said, word-for-word: “the mom is a AKC Yorkie 6 lbs and dad is party yorkie 4 lbs.”

“Party,” which was supposed to be “part,” of course, is probably the best typo there’s ever been. (It’s also the inspiration for her Instagram handle: @partyyorkie). My previous inquiries for puppies had always ended with “someone is already interested.” But much to my surprise, she was still available!

Two days later I was knocking on a door with my little sister Lynnea in tow, feeling incredibly anxious. We were greeted by four Yorkies, including a little puppy.

When the man looked at me like I was crazy, I realized I had already named the dog I’d come “just to look” at. She was such a friendly, beautiful puppy. I couldn’t deny how adorable she was, even with all of my anxiety. I asked Lynnea what she thought. She gave me the “you’re not going home without this dog” look, and that was that. 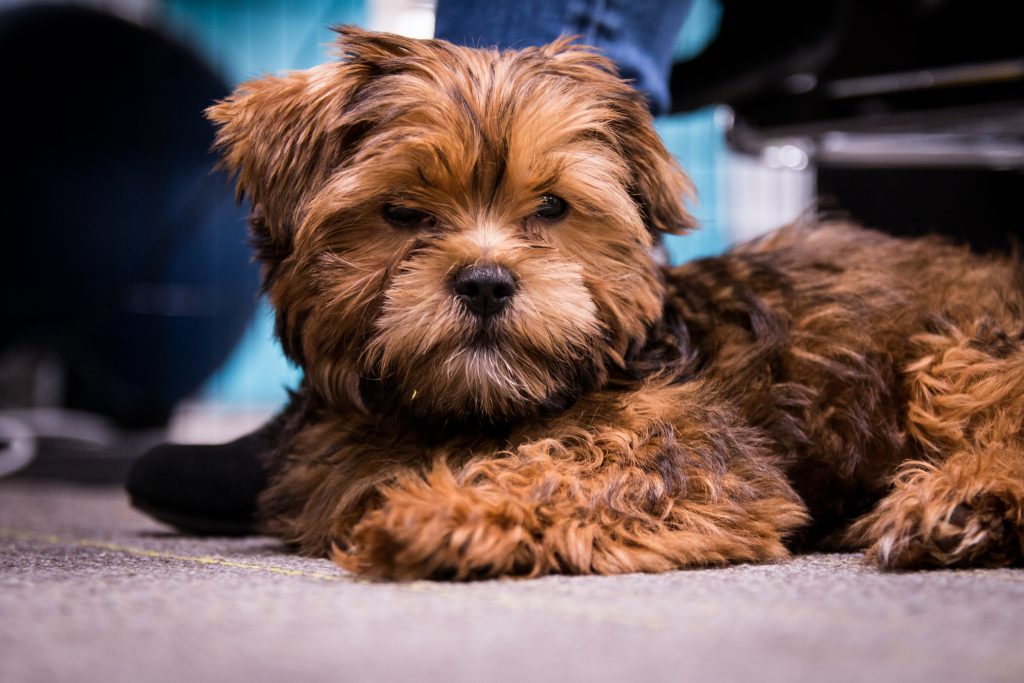 Not One Meltdown, but Two

Not 15 minutes later, I was in my car, holding the dog I’d named Primrose (Hunger Games for the win!). I started to panic. What had I done? I wasn’t prepared to be a dog owner! We headed out to get necessary supplies, and I still couldn’t believe it.

Suddenly, Prim started heaving and proceeded to vomit as I held her in the front passenger seat. I may have screamed a little. Meanwhile, my sister took multiple Snapchats as the whole scene unfolded.

Later, there would be another meltdown. I’m no longer embarrassed to admit it: I cried. A LOT. I cried later that night and again two days afterward, feeling so overwhelmed and terrified.

The first week was definitely the hardest. I was convinced I wasn’t cut out to be responsible for this sweet little being. Prim whimpered through her first night as she slept next to me in a soft crate on my bed. I kept having to put my hand on the kennel to remind her that I was still there.

Throughout that weekend I realized just how much my life was going to change. As I went about my normal routine, I discovered a few things: 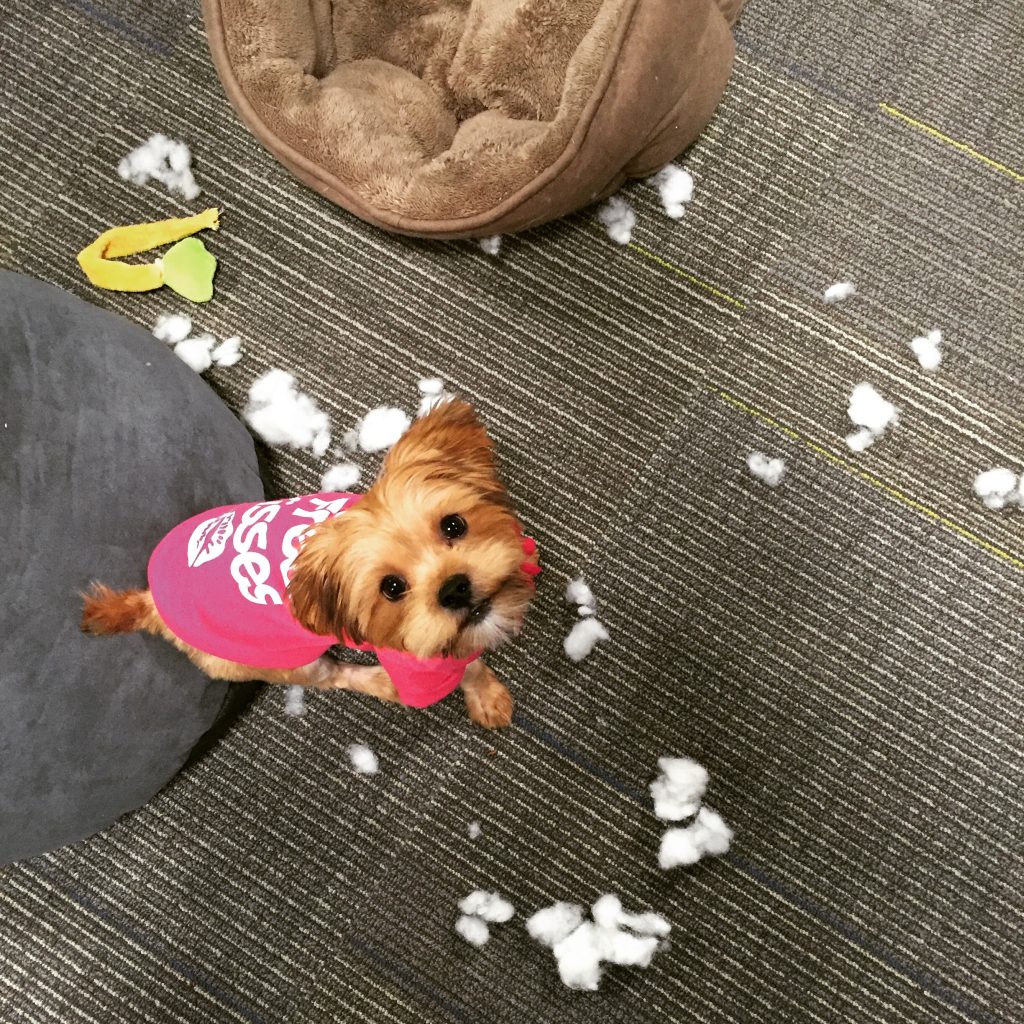 Prim at work with me.

I learned to change my routines to fit hers. In the mornings, the first thing I had to do was take her outside. I couldn’t snooze and browse Facebook/Instagram on my phone for 20 minutes anymore. I had to learn patience while walking around the block and waiting for her to grasp the concept of “go potty.” I had to puppy-proof my home. Prim loved to chew, especially on power cords, so I had to make sure I put anything like that out of her reach.

Two months later, and we’re getting it down. For instance, she now likes to sit in the corner of the tub while I shower. She’s still anxious about it, but we’ll work that out next! 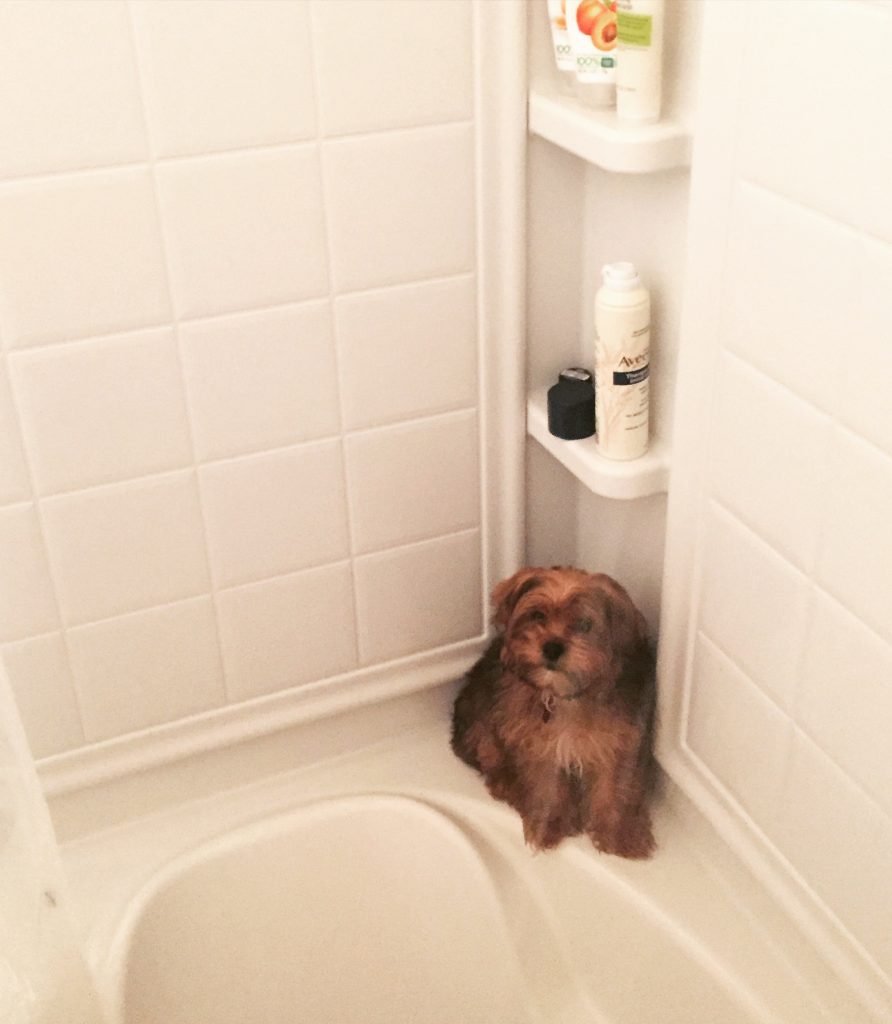 Hanging out in the shower.

A little after two weeks into our life together, I went to a movie (without Prim, of course). All of the sudden, I really missed her. I was overcome with how much I loved her, and I couldn’t wait to get home and see her.

Even though things were—and sometimes, still are—difficult, I couldn’t imagine my life without her. Prim is an outgoing, scrappy puppy who greets every human and dog with kisses. She struts when she walks and sleeps on my pillow next to my head every night. 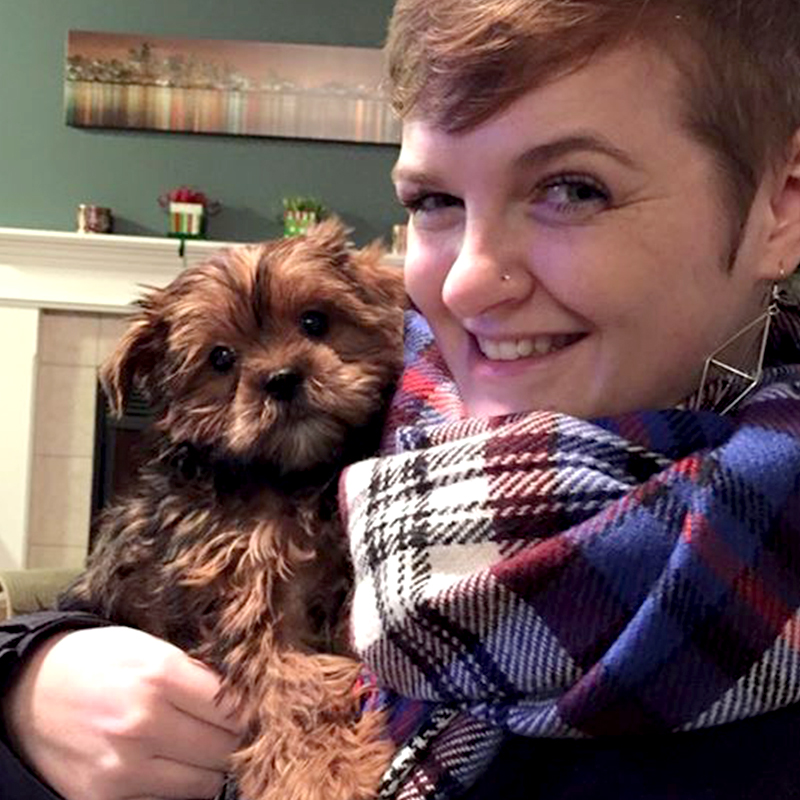 I don’t know if there’s ever a right time to get a dog. I think I would have been just as anxious if I had waited two years—or eight. But I know it’s one of the best decisions I ever made, even after shedding a few tears. Between the pep talks from friends and family, getting surprised with a bag full of dog goodies by my co-workers, and being immersed in an awesome dog community at the Rover HQ, I have wonderful support, too.

My life has changed for the better. I’m now a crazy-obsessed dog mom, and I love it! 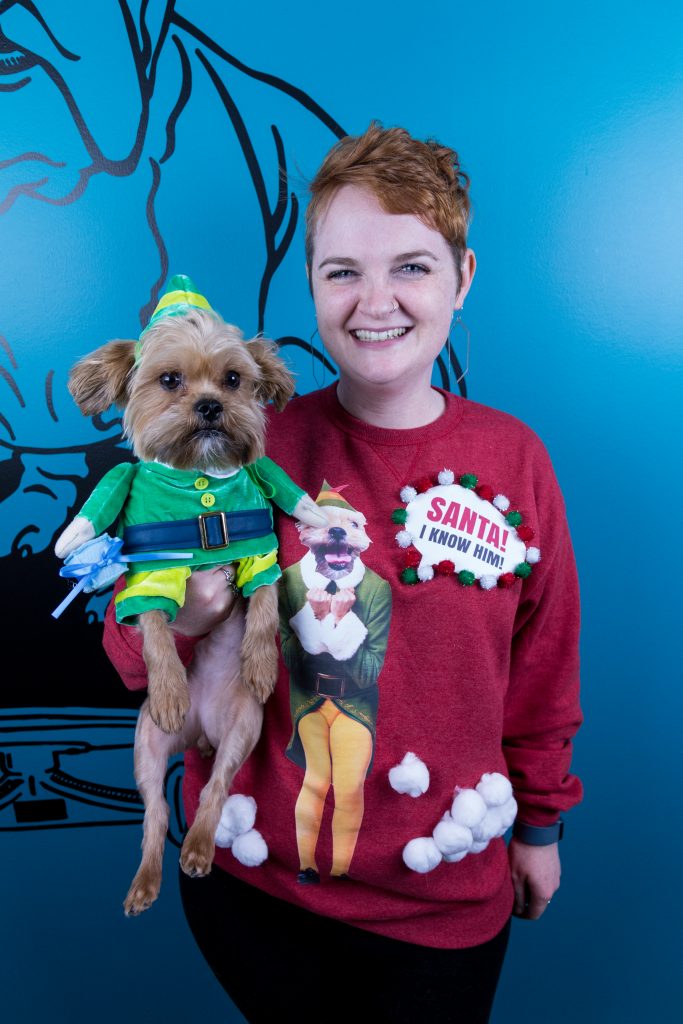