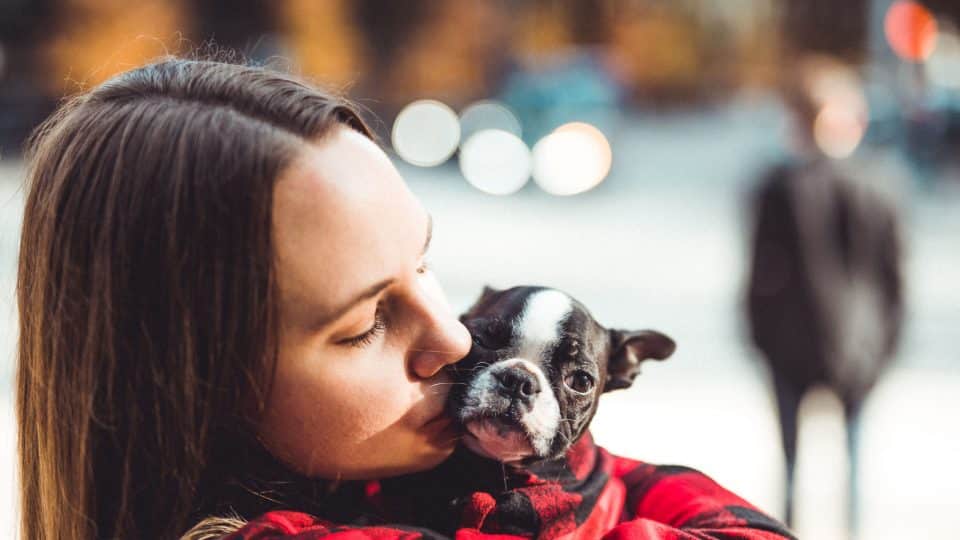 When I was 22, I got my first dog—a tiny, three-pound Boston terrier. Once I told my colleagues I was getting a puppy, the flood of post-it notes began. Dog name suggestions were coming out of the woodwork, and everyone wanted their choice to win. Little did they know, I already had one in mind—Oliver.

My sister and I drove four hours to pick up the puppy, and as soon as I saw him bouncing around the back seat of my car I thought to myself, ‘Wow, this dog is not an Oliver.” Just as quickly, his name came to me: Gus. That was the day I met my best friend and the dog that will always occupy the largest place in my heart.

After losing Gus to a brain tumor in 2018 when he was just seven years old, my partner and I knew we weren’t done loving Boston terriers and had our hearts set on getting another.

Today we said goodbye to the most important being in my life. After being diagnosed with a brain tumor yesterday, the seizures were simply too much for his little body to overcome. I am heartbroken, empty, crushed. I will miss him so much and thank you all for following us on the adventures of “Amber and Gus.” ????

I’ll admit, naming a dog by myself was relatively easy. It was 100% up to me and only took two days to have a name and a backup chosen. For dog number two, however, it was a bit more complicated, because I had to add a significant other into the decision-making process.

Since our new puppy’s litter hadn’t been born yet and we didn’t know if we’d be getting a boy or girl, we decided we’d call the pup ‘Cashew’ as a placeholder. It was cute, gender-neutral and I loved that the Boston terrier body resembled that nut.

We regularly threw around phrases like, ‘when we get Cashew…’ or ‘wouldn’t it be cute if Cashew…’ and ‘I got something for Cashew today!’

When the litter was born, there were four girls and one boy. Since another family had chosen the boy, we cut all the boy names from the list.

Once the puppies turned four weeks old, we made the six-hour drive to Oregon to meet everyone and to pick out our new little girl. I knew ‘Girl Number Two’ was the one from the moment I saw her picture. After making it official, the breeder asked, ‘What are you going to name her?’

We stumbled over our words. I looked at my partner Mike and said, “um, we’ll be calling her Cashew until we got to know her better.”

Say hello to our new little lady, she comes home to us next month! I hope she’s prepared to be smothered with love. ????

As we waited for our homecoming, I got all my ducks in a row. I registered ‘Cashew’ with the name ‘TBD’ for our pet insurance and for puppy classes after first verifying I could change the name once we decided. I answered “not sure yet!” to the many, many comments about her name on Instagram when I’d post puppy photos.

I kept a list of 20 names regularly updated on my phone for when colleagues asked: “which names are still in the running?”

First day at Rover was a success! She played, slept (a LOT) and met some of her biggest fans.

On October 29th, we woke up at 5 A.M. and hit the road to go pick up our little lady. Over the two-hour drive, we went over our list of names. Again.

That day, we continually tested out all 20 names, which included but were not limited to:

None seemed to fit. There were so many factors to consider. Did it have good nicknames? Could it be shortened to something cute? Did she need a middle name? How many syllables are best? Do we know any other dogs with those names? The list goes on. I’ve watched over 100 dogs through Rover so finding a name that none of my clients OR any dogs in the office had was especially challenging.

Day one rolled into week one, and you guessed it– we hadn’t made a final decision.

As one week of calling her ‘puppy’ rolled into two, we’d at least made progress. Slowly, it seemed we eliminated one name and another from the list. And then, just like that, we went from 20 names to five– Poppy, Myrtle, Olive, Pepper, and Ruby.

Around this time, my partner’s colleagues tried to help us out by posting a poll on Twitter asking people to vote between the names.

At the end of week two, we were somehow miraculously down to two names: Olive and Pepper. Both cute, both with great nicknames, and both seemed to fit her personality.

Each night after my partner got home from work I’d say “we just need to pick.” At this point, people were beginning to say things like ‘you still haven’t chosen?’ and ‘really, no name yet?’ Many conversations were had, and from that original list, a name was hesitantly chosen.

So we chose a name, no big deal, right?! Wrong. No one tells you about the fear of feeling like you’d chosen the wrong name. It took yet another week and a half to feel like we had definitely made the right decision.

Looking back, it’s hard to believe we even considered anything else. Olive. The name felt like a small nod from Gus. The day after he died, we went to a nursery and bought the most beautiful olive tree to plant in his memory. We were also given an olive tree as a sympathy gift.

It didn’t register at the time, but now it strikes me as perfect. 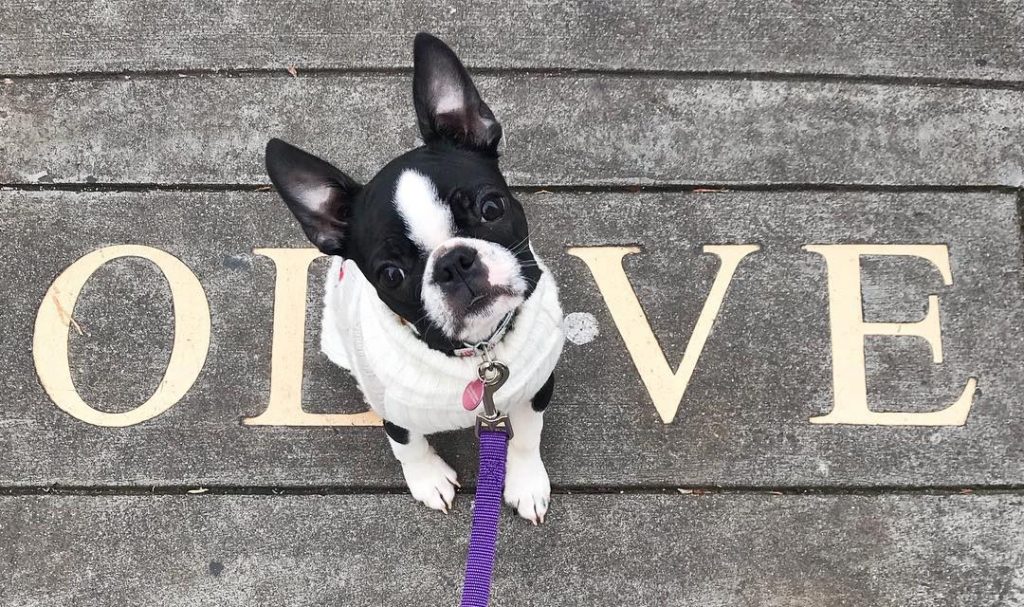 I know that Gus would be happy for us, and if he were here, Olive would be his best friend.