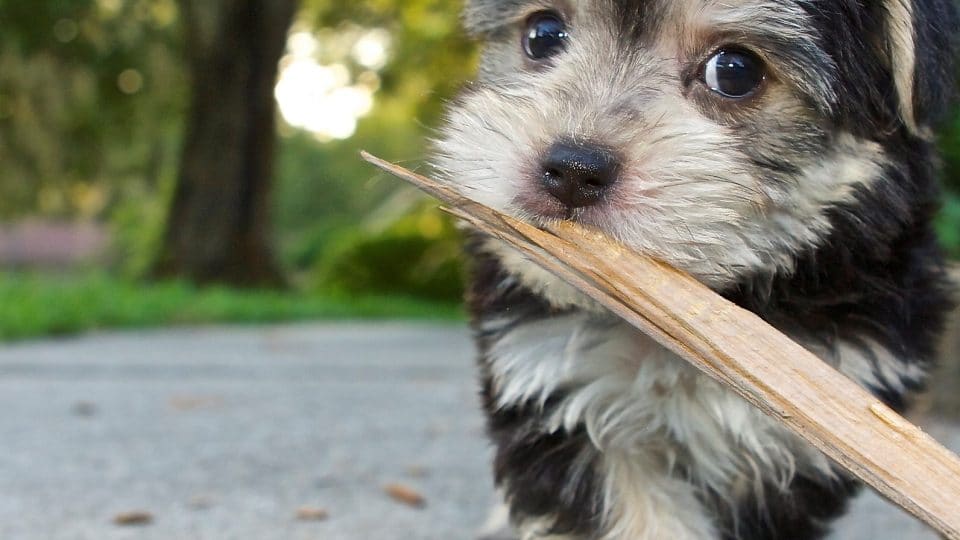 The Yorkshire terrier and the Maltese are two small breeds with huge fan clubs, so it’s easy to believe that a cross between those two breeds—the Morkie—would be a superstar breed of its own.

The tiny Morkie (sometimes called the Yorktese or Morkshire terrier) has inherited many great qualities from its parent breeds and has some other quirks that make it unique. Whether you’re thinking about adding a Morkie to your family or you already have one, this is everything you need to know about this adorable breed. 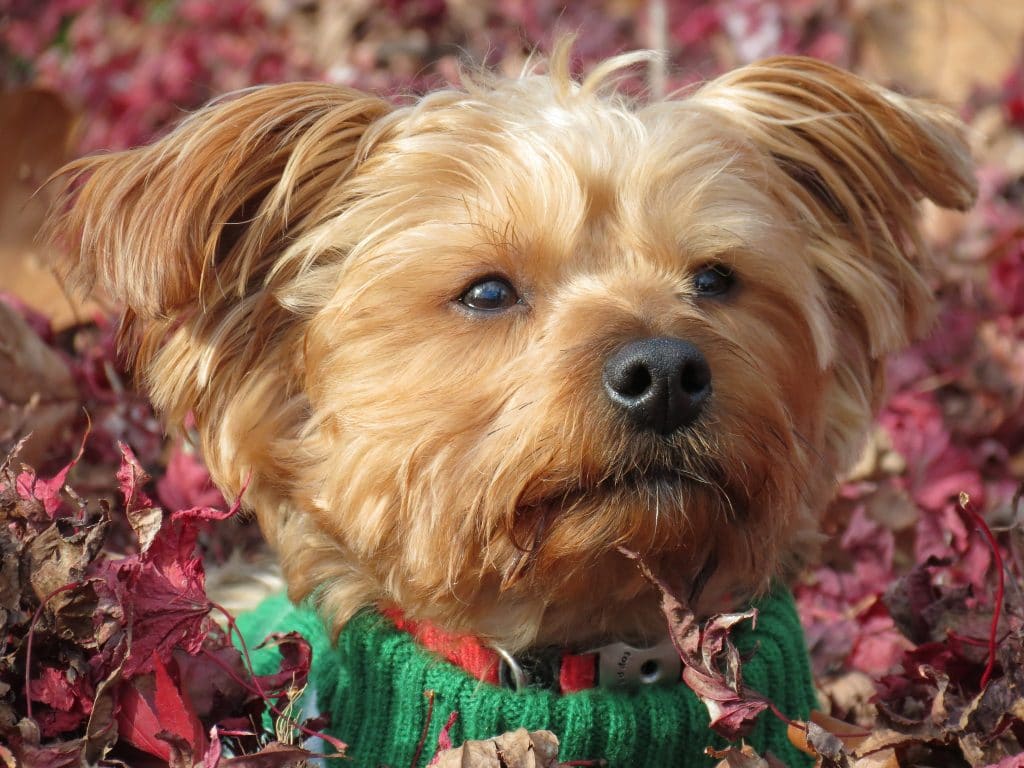 Since the Morkie dog is a mixed breed, it’s impossible to predict exactly what each Morkie puppy will look like as it grows. Morkies will take on some characteristics of the Yorkshire terrier and some Maltese. Some dogs might take after Yorkies more, while others favor the Maltese. Even in the same litter, there may be puppies that look different from each other.

One thing you can pretty much always expect in a Morkie is a long and luxurious coat of hair since that’s a predominant feature in both parent breeds.

You can’t be as sure about the color of the coat, however. It may be black and tan like the Yorkshire terrier, white like that of the Maltese, or somewhere in between.

Morkies are tiny dogs, a trait they also inherit from their parent breeds. According to the American Kennel Club, the Yorkshire terrier usually grows to seven or eight inches tall and weighs about seven pounds. The Maltese are similar in size, averaging between seven and nine inches tall, and weighing seven pounds or fewer. You can count on your Morkie growing to be about the same size.

Just one glance at their gorgeous coats should clue you into the fact that Morkie dogs aren’t exactly low-maintenance with grooming.

Like the Yorkie and the Maltese, Morkies have long, silky hair—much like that of a human. It shouldn’t surprise you they need their hair brushed daily to keep it from getting tangled and knotted.

According to PetGuide, Morkies also need baths at least monthly. It’s best to use high-quality shampoo and conditioner to keep both their hair and their skin soft and healthy.

Toy dogs are predisposed to dental disease and should receive daily tooth brushing at home, as well as regular cleanings from your vet. 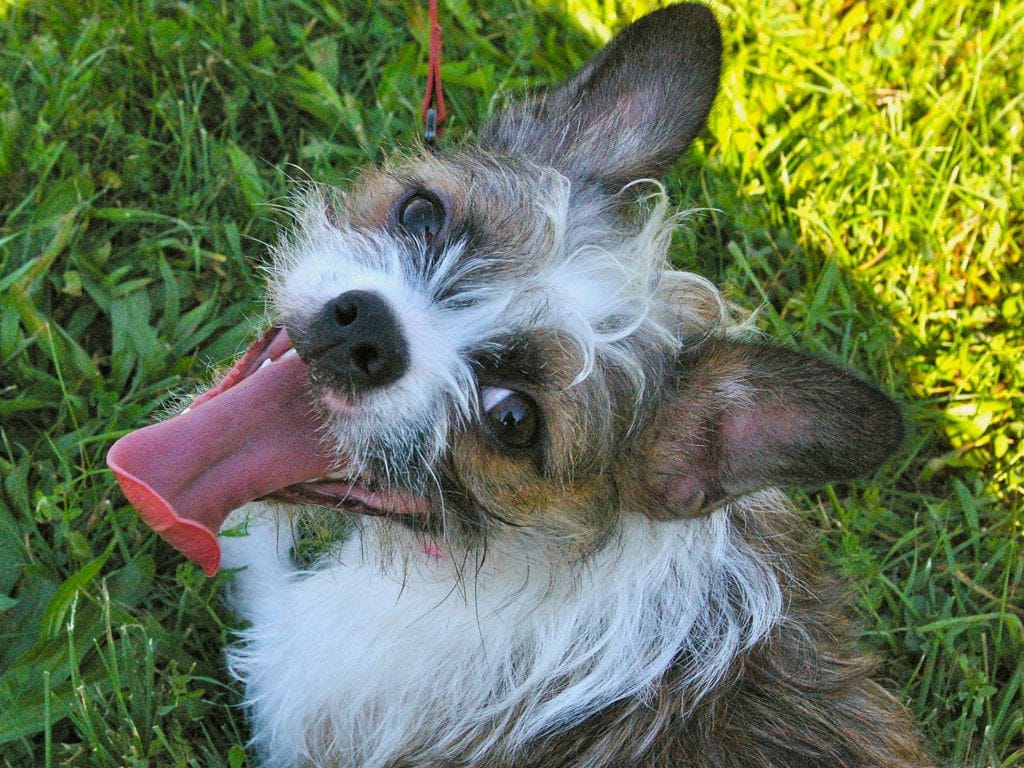 If you’ve ever spent time with small dogs, you probably know that most of them don’t have small personalities that match their tiny size. Morkies are no exception to this rule.

Morkie dogs have lots of energy, and they love to play. They’re happy to play fetch with balls or other small toys and love to burn energy by running around the house or the yard.

Despite their high energy, Morkies are also very loving dogs who love to wind down with a good cuddle. If you’ve got a lap, your Morkie will find it and get cozy.

They also get very attached to their owners, so if you bring a Morkie into your home, be prepared to have a tiny sidekick everywhere you go.

Finally, Morkies are not usually quiet dogs. While they can’t exactly stand guard, Morkies make excellent watchdogs as they’ll alert you to any person or thing that comes near.

Since Morkies are small dogs, they can work out a lot of their energy by running around inside, making them perfect for small spaces like apartments and condos.

However, because of their tendency to bark, it’s possible they’ll be a nuisance to neighbors—something to consider if you live in close proximity to others.

While Morkies do enjoy time outside, they should never be allowed off-leash unless they’re in a fenced-in area. And even when they’re safely enclosed in a fenced-in yard, Morkie dogs can escape. Owners should keep watch. Their tiny size makes wiggling through small spaces easy—and it also makes them susceptible to predators.

Morkies are great with people of most ages, but they’re not ideal for homes with small children. Tiny Morkies are fragile, and despite their good intentions, small children aren’t always careful enough to keep them from being hurt.

For the same reason, they shouldn’t be in homes with large dogs. Even the kindest large dogs can play rough, and a Morkie runs a good chance of getting hurt when playing with a large dog.

Although Morkie dogs can get a good deal of their exercise inside, they still need daily walks (and twice a day is even better). They do best with a person who has the time and energy to go for daily walks.

Since Morkies get quite attached to their humans, they don’t do very well alone. It’s best that they’re paired with a human who spends a lot of time at home—or in a household where at least one person is home most of the time.

Morkies are smart, but stubborn—a combination that can lead to many frustrating training sessions for both the dog and the owner.

Morkie dogs are intelligent enough to pick up on whatever trick or behavior you’re trying to teach them, but the way you handle the training determines whether they want to cooperate.

The best way to navigate training a Morkie is to keep them happy. Achieve this by making it fun with treats and lots of praise. Harsh attitudes, yelling, and scolding will probably work in reverse, causing your Morkie to shut down and resist training.

While it’s fun to teach your Morkie tricks—and imperative to get them potty trained ASAP—it’s also important that you address something else with your Morkie’s training as early as possible. Your Morkie’s attachment to you might be cute and endearing, but it can also be very problematic. Morkies are known for developing separation anxiety, which can be harmful to your dog (as well as your house). Avoid this by training them to be alone at an early age, starting with periods of time as short as just a few minutes and gradually increasing to a few hours. 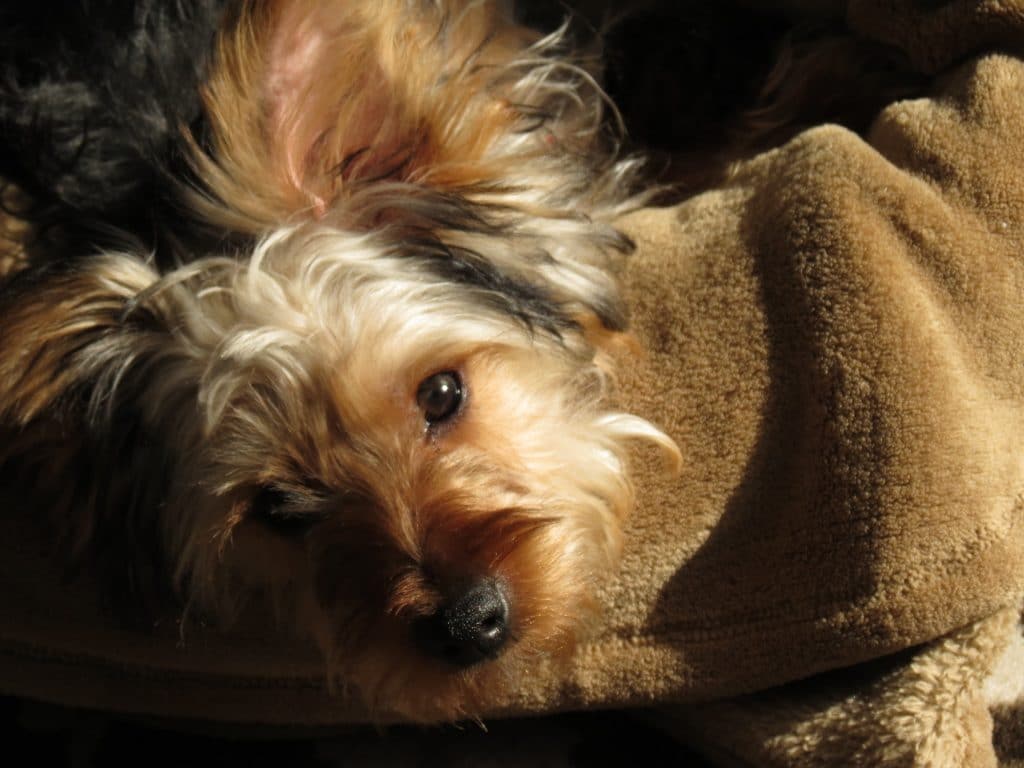 As much as we wish we could, it’s just not possible to predict whether your Morkie will grow into a healthy, problem-free dog. But thanks to the magic of crossbreeding, there is a better chance that it will happen.

According to the Institute of Canine Biology, a recent study has shown that mixed breed dogs are less likely to fall victim to genetic disorders than their purebred counterparts.

Of course, Morkie dogs are still at risk for any health issues their parent breeds are predisposed to. Yorkshire terriers are at risk for eye disease and dislocated kneecaps.

Maltese can have more serious health concerns. The breed has also been known to suffer from congenital liver issues, heart anomalies, and encephalitis. While reputable breeders should screen for these issues, it’s still something to monitor.

History of the Morkie

No one knows for sure when Morkie dogs appeared in the United States, but they’ve been known to fans of designer dogs for at least 20 years. They’re meant to be a new lap-sized dog that doesn’t shed.

But that’s only telling a small part of the story. To really know where the Morkie comes from, it’s important to understand the history of their parent breeds.

Yorkshire terriers were bred from Scottish terriers by weavers in Scotland in the mid-1800s. Their small size made them perfect for hunting rodents rampant in textile factories. Fortunately for Yorkies everywhere, they didn’t stay in the working world for very long. Yorkshire terriers were recognized by England’s Kennel Club in 1886, and a short time later became better known as lapdogs. They were soon spotted most often on the laps of English ladies.

While Yorkshire terriers have a long history, Maltese dogs make Yorkies seem like a new breed. Maltese are ancient dogs, traced back to Phoenicians in Malta, empire-builders who ruled the Mediterranean before the rise of Greece. And even back then, they were sitting on the laps of ladies of leisure. They kept their royal status through the rule of Greeks and Romans and became popular with Chinese breeders after the fall of Rome. There, they were crossed with Chinese toy breeds and returned to Europe. Maltese were present at the very first Westminster show in 1877—then called the Maltese Lion Dog.

Getting a Morkie Dog

Getting a dog is not a decision to take lightly, as it brings about big changes to your home (and sometimes to your wallet). If you’ve weighed your options and decided that a Morkie is the dog for you, there’s more than one way to go about getting a Morkie.

The two most popular options are to adopt a Morkie through a rescue organization or to purchase one from a breeder. Both options have their positives and negatives, so it’s important to explore all of your options.

Since Morkies are a new breed, there may not be a lot of options for finding one through a rescue organization, but it is possible. Diligent internet searching will turn up options for rescued Morkies, but you may have to travel a long distance to find one. If the organization isn’t local to your area, do your research and ask questions to make sure they’re reputable.

There may be drawbacks to adopting a Morkie through a rescue organization. It’s likely the dog you find will not be a puppy, and you may not be able to learn much about its past. However, its age may also be a plus—there’s a good chance an adult Morkie will be house-trained, and it will likely have been socialized through the rescue. It will also have been spayed or neutered and will have received all of its required immunizations. All of this greatly reduces the cost of ownership for you—as does the adoption fee, which is usually much cheaper than the price of purchasing a Morkie from a breeder.

It’s often more difficult to find reputable Morkie breeders since they are not a breed registered by the AKC, and therefore won’t be listed among their approved breeders. Before you commit to a Morkie breeder, ask around about them—your vet or other local breeders may be a good resource. When you visit, be sure to ask about any health issues in the dog’s bloodline, and discuss any genetic tests you might want to run.

Want to know more about Morkies? Read up on their parent breeds!