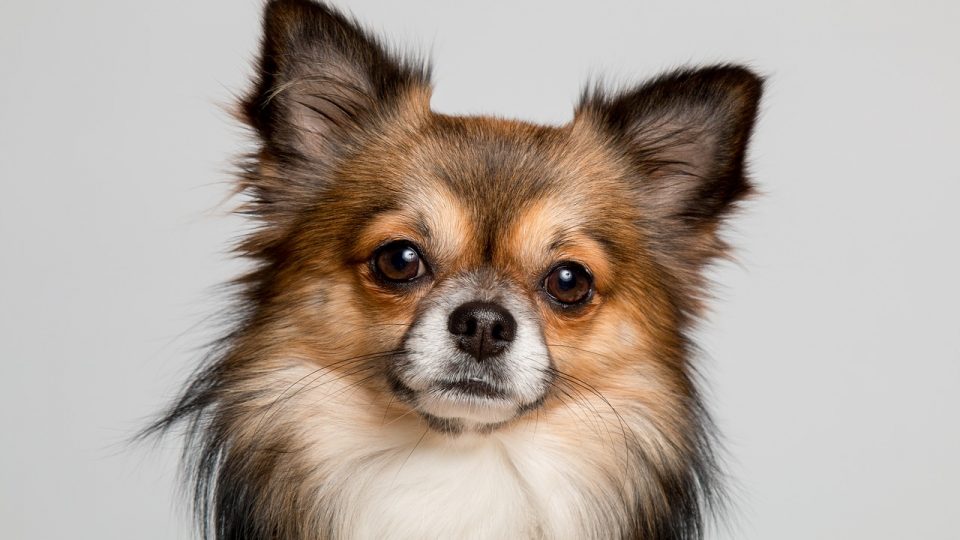 What’s small, loving, and ready to make noise when the situation calls for it? The minuscule but mighty chihuahua.

As a national symbol of Mexico, the Chihuahua is known for being equal parts fearless and loving. These tiny dogs rule the roost and have a huge personality packed into a small frame.

As fans of the breed know, Chihuahuas come in smooth and long-haired varieties and often in many patterns and colors. Though the smooth-coat chihuahua is relatively low maintenance grooming-wise, the long-haired chihuahua requires more upkeep.

This royal dog deserves a haircut with personality. Here’s what you need to know about grooming a long-haired chihuahua.

To make sure hair doesn’t get tangled or matted, this breed should get brushed out gently and thoroughly at least once a week.

When bathing, brush out your chihuahua before you put them in the tub. This helps the detangling process during and after their bath. Because of their size, make sure the water is less than four inches deep and place a mat or towel along the bottom surface to prevent your chihuahua from slipping. 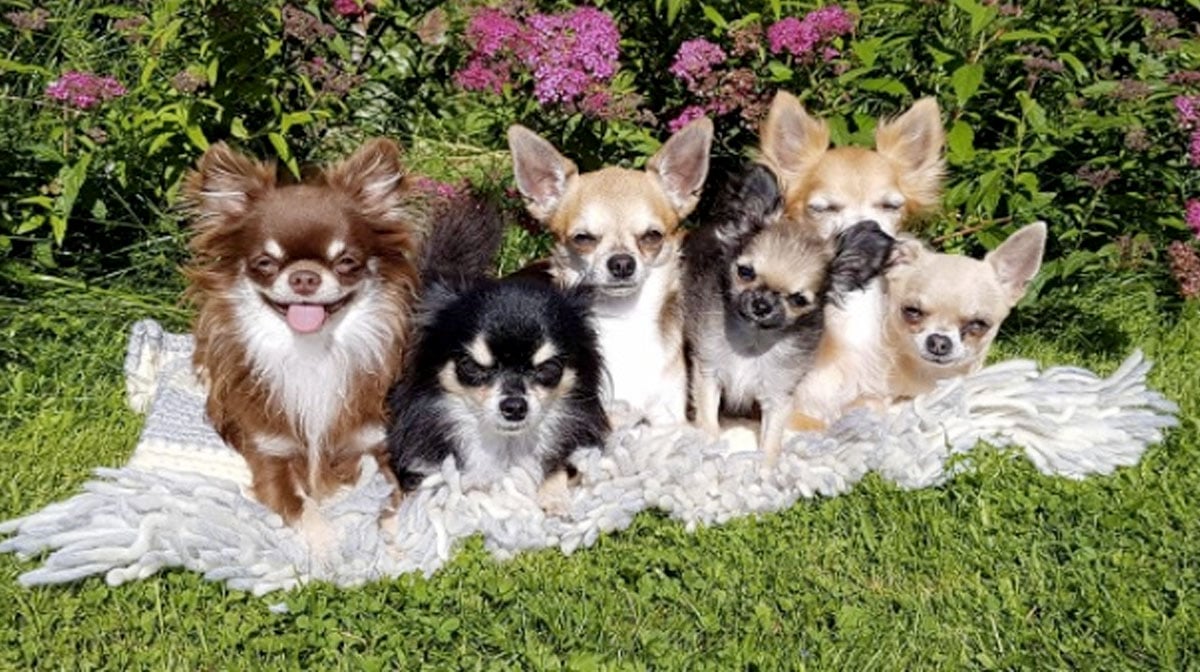 In lukewarm water, scrub dog-friendly shampoo gently on your chihuahua’s body with your hands. Be careful to avoid their eyes and snout, as they are particularly sensitive to soap. Rinse well, making sure suds are completely gone from the coat and dry with a soft towel.

If the sun is out, let your chihuahua air dry accordingly. If the weather is cooler, a soft towel usually does the trick. It may take some time before your chihuahua can truly enjoy the hair-dryer as the noise tends to bother their ears.

Ready for your chihuahua to shine? Here are the top hairstyles for this breed.

With their small stature, a little trim truly goes a long way. One of the most bothersome aspects of a long-haired Chihuahua is the fur on their paws. Long-haired Chihuahuas overgrow fur around their legs and paws, and so groomers and dog owners trim those areas accordingly. 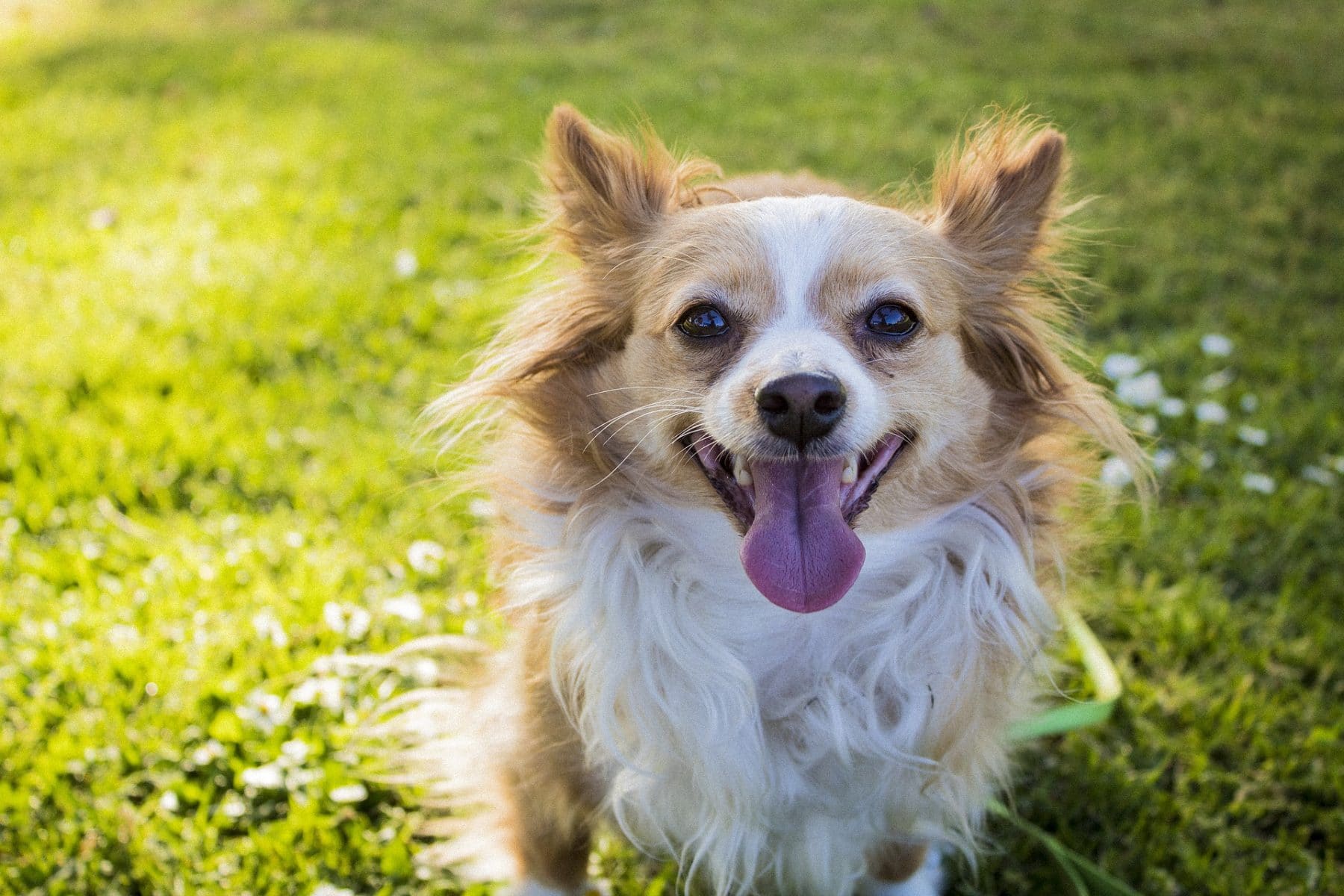 They often use a small clipper or shaver around the toes, as well as the hair between the pads underneath the paws. Then, they trim the tail to keep it well-kept and tidy. Otherwise, their natural hair growth is just fine to showcase their short-but-mighty good looks. Groomers may finish by trimming the underbelly for a more uniform look. With just a few adjustments like these, your pup is feeling comfortable and ready to strut their stuff.

Born and bred in a southern climate, Chihuahuas are always ready for the summer. The lion cut is popular with this breed to keep your long-haired chihuahua feeling cool, since it trims down hair on the body while still providing some style around the head. Experts suggest leaving at least an inch of fur to avoid sunburn.

Complete the lion cut by leaving the hair around their head full and luxurious. Take extra care around the hair on their ears. 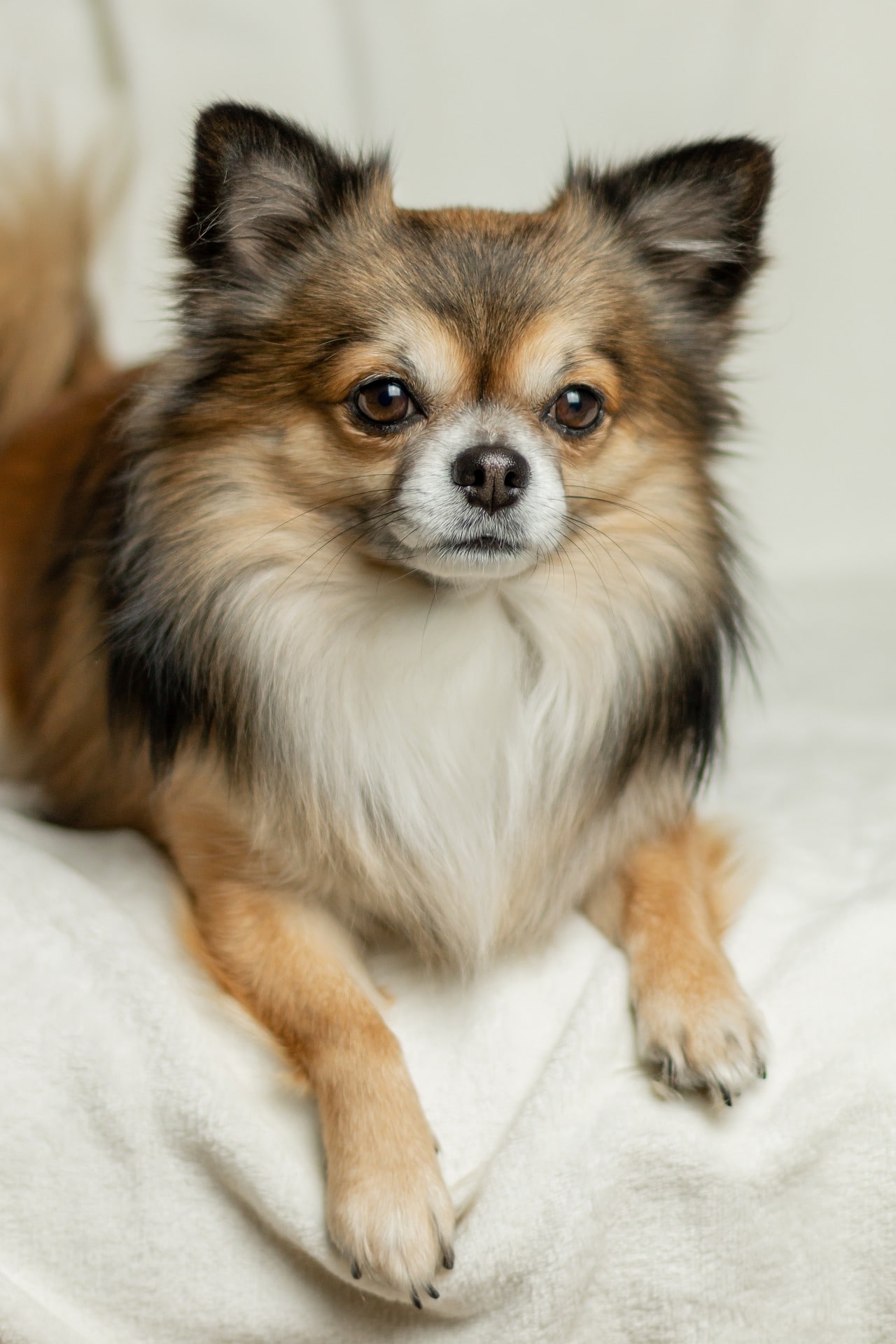 The lion cut looks best on an apple-shaped head chihuahua, as the snout is shorter like a lion. And what better way to showcase the inner lion a chihuahua possesses?

If there ever was a dog with style worthy of the runway, a long-haired chihuahua is that dog. The show cut is for dogs ready for displaying the important aspects of their breed along with their killer personalities. The show cut enhances a chihuahua’s features by fluffing up the tail and shaping out the front and hindquarters. 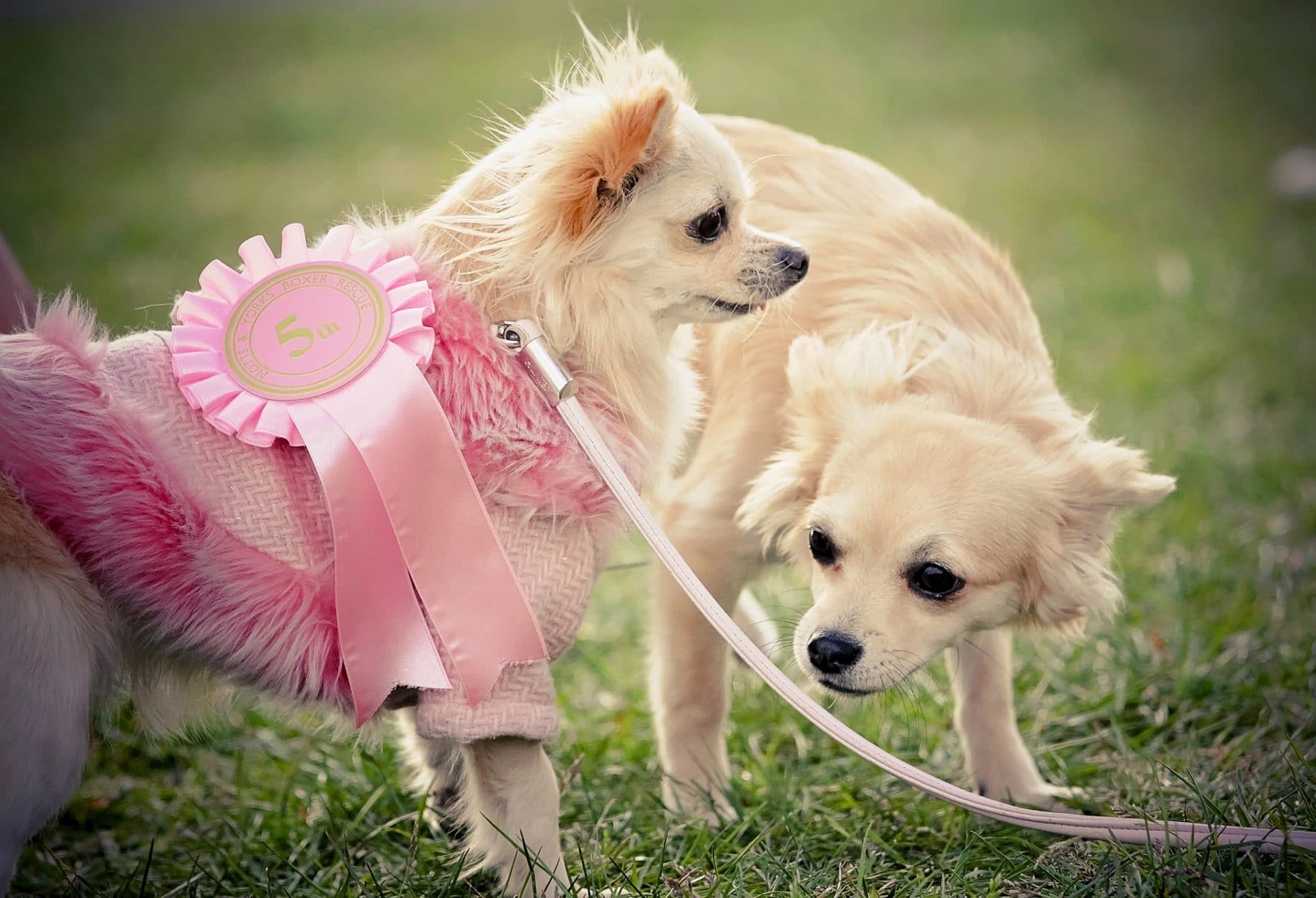 Just how good does this cut look? In 2015, a brown and white long-haired Chihuahua won best of the toy group at the Manchester Dog Show.

Whether you have your dog professionally groomed or do it yourself, the haircut doesn’t end with just the cut! In most grooming practices, always make sure a Chihuahua’s ears get checked for wax build-up or signs of infections.

This is also a good opportunity to make sure their nails are trimmed. Having too long of nails can damage a dog’s paws. Most importantly, your chihuahua’s eyes should be checked regularly for signs of infection. Chihuahuas are prone to keratoconjunctivitis sicca (KCS), a condition where their eyes don’t produce enough fluid.

One thing remains certain, however: their seal-like eyes watch every move you make. You are always under the watchful gaze of this miniature emperor. 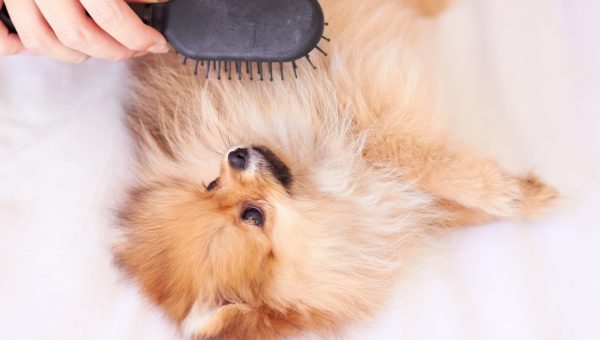 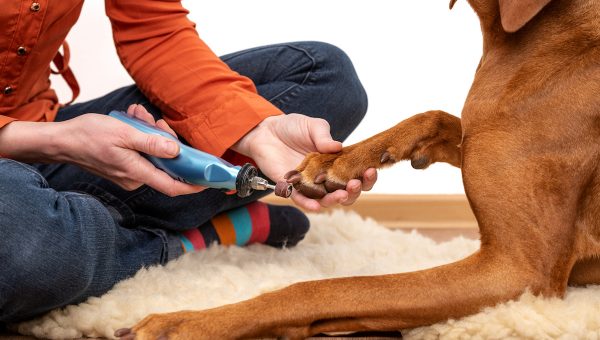