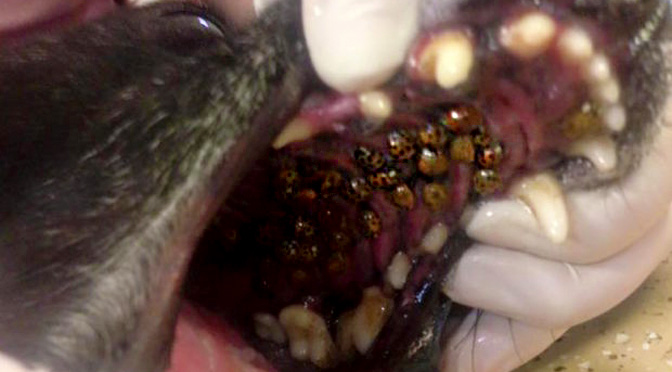 Bailey the dog was off her food and lethargic when she was taken to see her family veterinarian. What they found in her mouth was downright shocking! Bailey, a notorious bug chaser (and eater) had over 40 Asian beetles—not to be confused with domestic ladybugs—stuck to the roof of her mouth.

No amount of doggy toothpaste was going to help Bailey. This was a case for forceps.

The vet quickly removed the dead bugs, and Bailey was feeling better in no time. But the story hadn’t ended.

When the vet shared the image on Facebook, it caused a tidal wave of concern—not to mention a total gross-out factor, which is understandable. Read on to find out more about this photo, and whether you should be concerned for your own pup.

You May Also Like: Can My Dog Eat Insects?

The awful-looking bug infestation is hard to look at, but in reality, quite benign. Once they’re removed, any damage to the roof of the mouth should quickly heal up with good care.

These beetles are not the same as domestic ladybugs (source). Native to Asia, they’re considered a nuisance by most, known to infest buildings as well as secrete a foul-smelling yellow liquid.

To get rid of Asian lady beetles indoors, prevention is key. The University of Kentucky recommends sealing exterior cracks and entry points. Once indoors, vacuuming those little suckers up is typically more effective than using insecticides.

Why do these beetles stick in a dog’s mouth?

Asian lady beetles secrete a gooey liquid as they die, which caused them to stick to the roof of the mouth rather than get swallowed.

Could this happen to my dog?

Luckily, poor Bailey’s problem is quite rare, but any dog who loves to chase flying bugs could run afoul of these sticky beetles. If you notice loss of appetite, lethargy, and frothy drool in your insect-loving dog, checking the mouth is a good idea. If you do find a beetle or two in there, you can remove them at home—or take them to your vet, of course.

The Snopes response to this story shows just how rare the problem really is. Is it possible? Yes. Is it likely? No.

AVMA responded via a Facebook post with more info for pet owners and vets. Here’s the full text of their answer (see it embedded below, too):

“This is going around on Facebook and causing a bit of panic, so here’s the real scoop: there are invasive Asian ladybugs that can cause problems, but our “regular” ladybugs DO NOT. So there’s no need to panic and pry open your dog’s mouth to look for zombie ladybugs.

And we’ll say this again…if you have ANY questions or concerns about your pet’s health, your veterinarian is your best source of information!

Veterinarians, here’s the abstract of a report about the problems caused by the invasive bugs.” 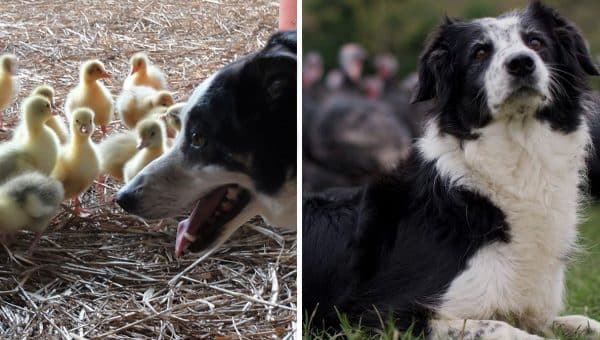 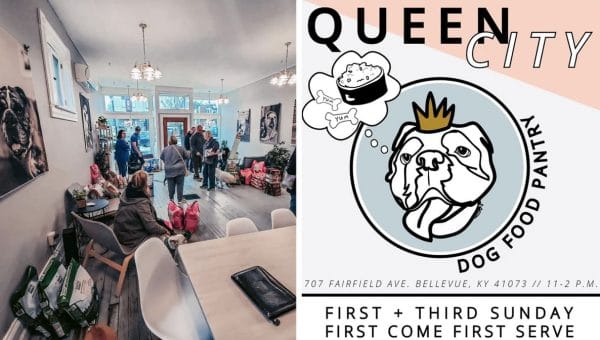