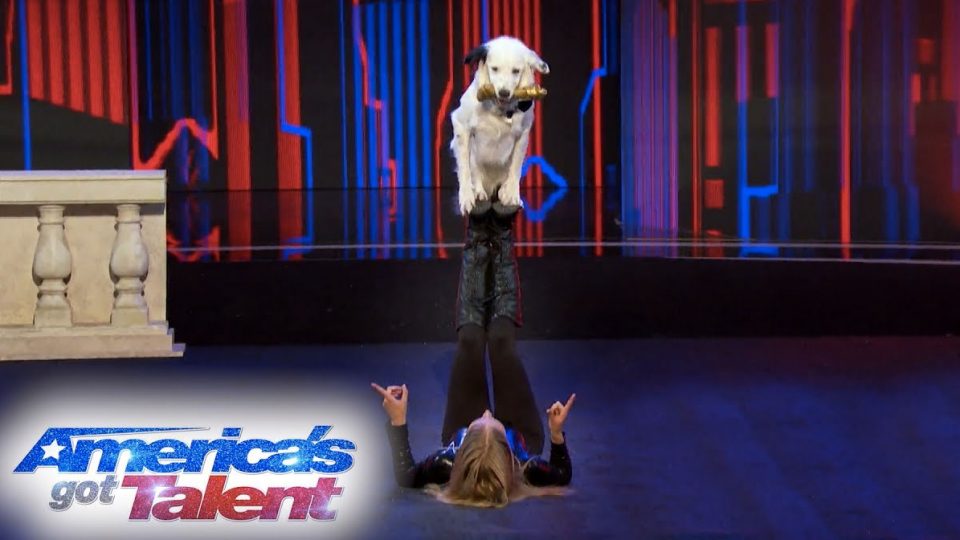 The 12th season of ‘America’s Got Talent’ is just days away from the big finale and dog lovers will want to tune in. Dog trainer Sara Carson and her dogs Hero and Loki went from the middle of the pack straight to the top, and are sure to put in a killer performance on September 19th.

Sara and Hero will be up against just four other acts next week, including a singer/guitarist, a 12-year-old ventriloquist, a 13-year-old singer/pianist, and a standup comedian. The winner will receive a million dollars and the chance to headline a show on the Las Vegas strip.

Sara and Hero’s audition garnered mixed results from the judges, but Simon leaned on them to give the pair a second chance. As you can see, Sara and Hero gave it their all in a heist theme performance and it was AMAZING.

For the quarter finals, Sara, Hero, and Loki did a fantastic performance with a Tomb Raider-esque theme. Standing ovations from the judges sent the team straight to the semi-finals.

Sara and Hero’s semifinal performance had a fun beach theme and wowed the judges once again with a combination of props, story, and fancy footwork from Hero and Loki. This talented crew walked on sunshine right into the finals.