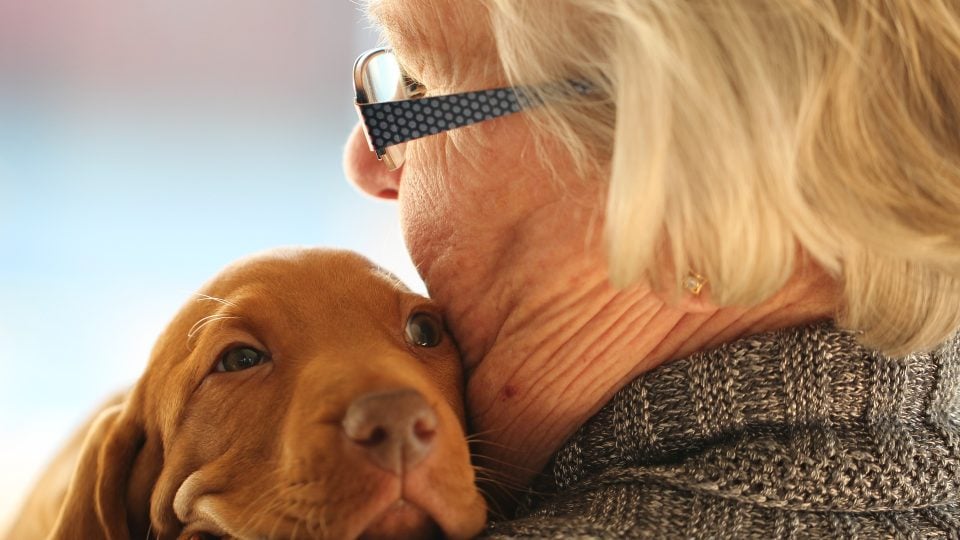 It’s likely that your dog, like most pets, is the source of some mysteries. Where did your slippers go? Did the cat really start it? What’s that smell? Your pet’s age might be another mystery.

Knowing how old your dog is will help you decide what to feed them, what preventative care they might need, and how to provide them with the happiest life possible.

Of course, your dog’s size, breed, general health, and activity level affect how they age. For example, small dogs tend to live longer than big dogs and breeds age and mature at different rates. (Although sometimes they’ll surprise you—just look at this list of the longest-living dog breeds.)

If you adopted your dog as a puppy, you probably have a good idea of their exact age in both dog years and human years. But if your dog wasn’t a puppy when you adopted them, how can you find out how old they are?

Luckily, there are some ways to estimate your dog’s age. 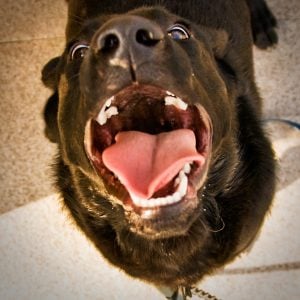 The most reliable way to estimate a dog’s age is to examine their teeth, according to the Humane Society of the United States. If your dog is still a puppy, you can guess their approximate age by checking the growth of their chompers. Puppies up to four weeks old will likely have no teeth at all, while puppies between four and eight weeks will have needle-sharp temporary teeth.

After the first year of life, your dog’s teeth might start to show a bit of wear. At first, you’ll see stains and plaque on the teeth right at the back of their mouth. At around three years old, most dogs’ teeth will be slightly yellowed and have visible plaque. Dogs around five tend to have lots of tartar, teeth that are less pointed or even slightly worn down, and an increased risk of dental diseases. And dogs older than ten will often have loose, cracked, or missing teeth.

While you won’t be able to determine your dog’s birthday from their teeth, checking out their pearly whites is a great way to narrow it down.

Just like humans, petMD says, most dogs will start to get a little gray when they get older. Between seven and ten years old, your dog is likely to develop some gray or white on their muzzle, chest, or haunches.

However, the early appearance of gray fur is not necessarily a sign of aging and can actually be the result of stress or anxiety—just like in humans—according to The Bark. 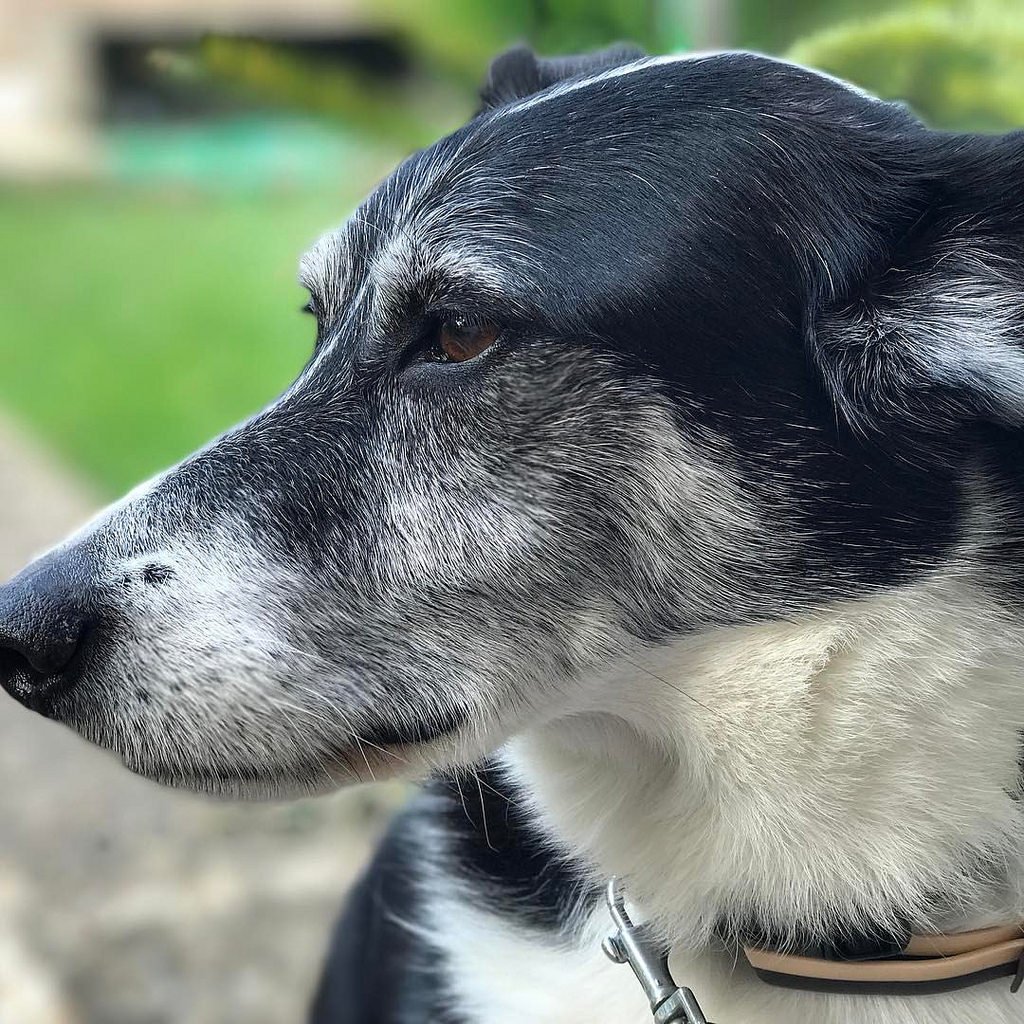 Look at Their Eyes

The eyes are another place where your dog might show their age. As a dog gets older, their eyes might start to get cloudy or develop some discharge. According to petMD, this is a normal part of the aging process that typically begins to appear when a dog is between six and eight years old, but it’s still a good idea to talk to your vet to make sure the change isn’t affecting your pet’s sight or causing them discomfort.

Some dogs will lose their vision entirely or develop cataracts as they get older.

Pay Attention to Their Hearing

Vision isn’t the only sense that can change as your dog gets older, according to the American Kennel Club. Younger dogs generally have very sharp hearing (especially if you’re opening a bag of snacks!), but you might notice that an older dog has trouble hearing you approach or responding to your call.

Your vet can check for hearing loss and help you care for a dog who can no longer hear.

Consider Their Muscles and Build

You might also be able to narrow down your dog’s age by looking at their muscle tone and the shape of their body, says Erin Chu, a veterinary geneticist writing for Embark.

Puppies tend to have soft, rounded bodies with little muscle tone. They’re also likely to have paws and ears that appear oversized. Young and middle-aged dogs in good health tend to have some visible muscles and a sleek, defined shape. An older dog might have decreased muscle tone, carry a little extra weight, or start to become a bit bony. 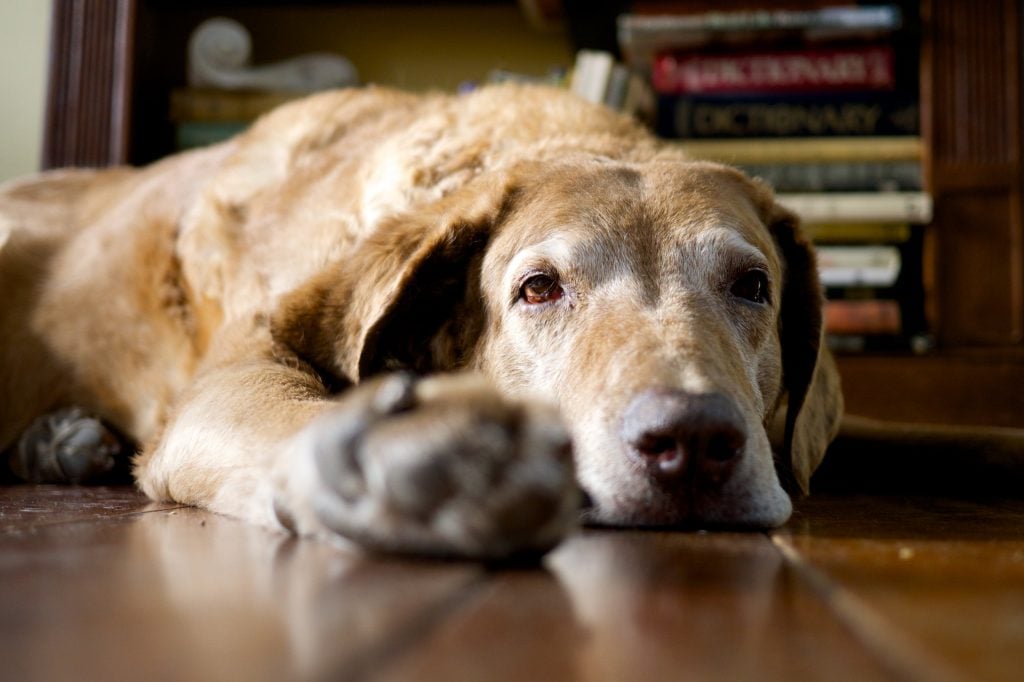 If your dog is younger, they’ll likely move with ease and be eager to play or chase. As dogs age, petMD notes, they become less energetic and may start to have difficulty going up or down stairs, jumping, or running.

Older dogs might also show less interest in playing and prefer a nap on the couch over a run in the park. Keep an eye on your dog’s activity level and check out their gait to look for signs of stiffness or limited joint mobility.

While these methods might help you estimate your dog’s age, not every dog ages in the same way. Depending on their breed, medical history, diet, and level of activity, your dog might show signs of aging early or stay spritely into their later years. 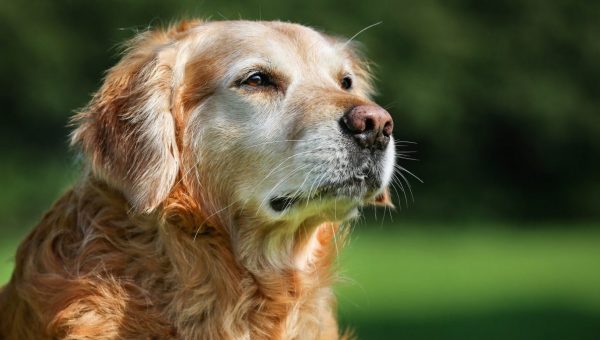 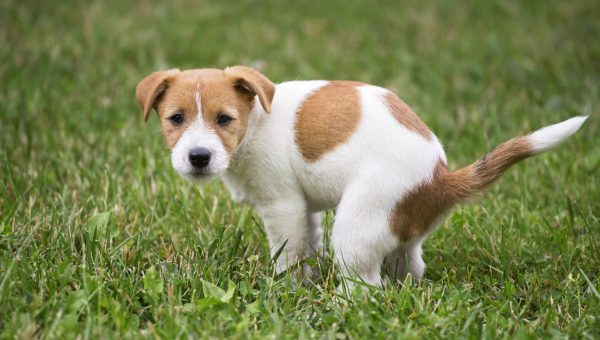 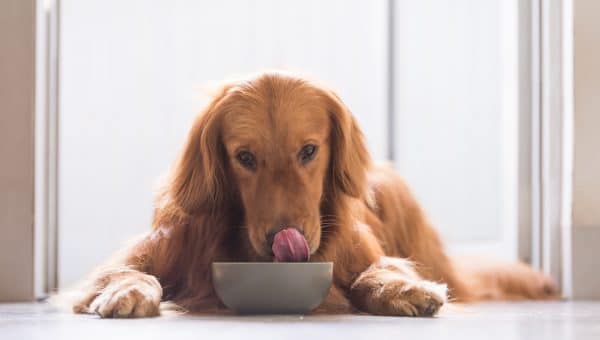